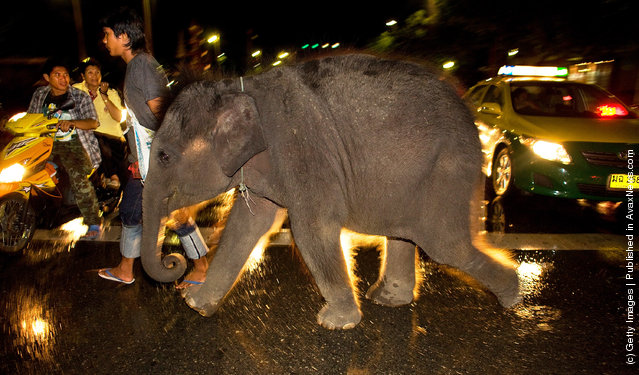 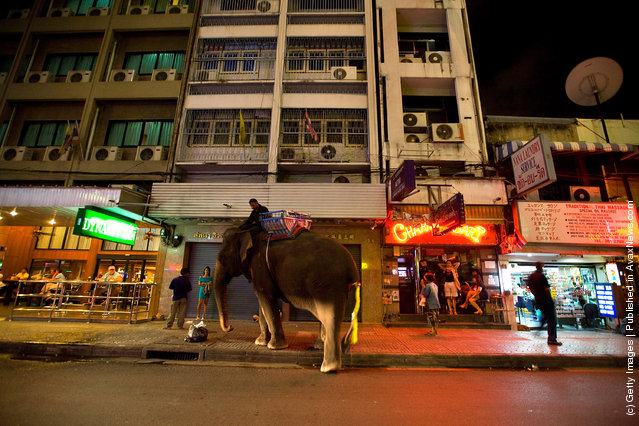 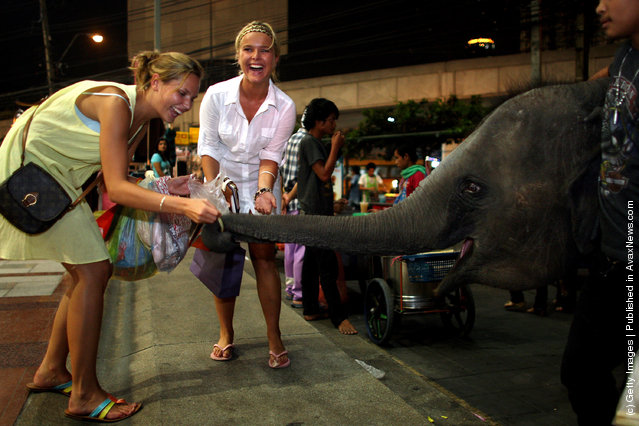 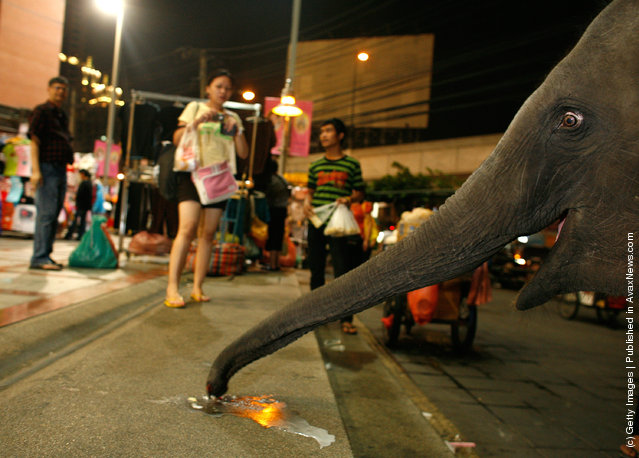 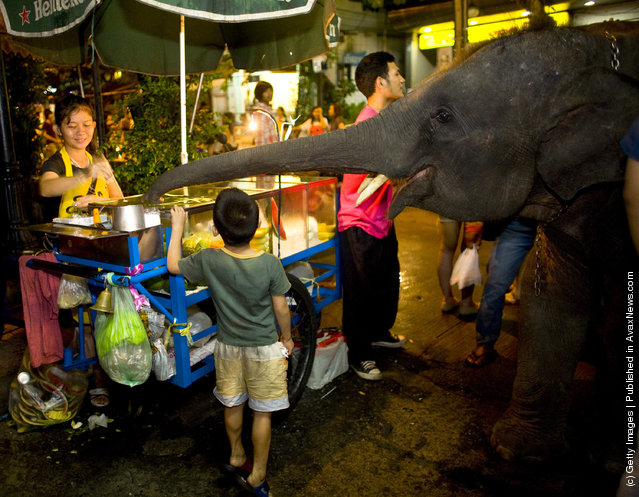 A baby elephant tries to grab some food off a cart along the city streets September 25, 2008 in Bangkok, Thailand. While the elephant is a symbol of Thailand, it is a fairly common site to see the unemployed and homeless animals roaming the city streets begging for food. The tame elephants dodge the traffic as their mahouts (elephant drivers) sell sugar cane by the bag to tourists who then feed them. Mahouts say that they have little choice but to bring their elephants to cities like Bangkok and Chiang Mai. Thai officials frown upon the practice and have passed laws banning elephants from roadways but the mahouts still come risking fines in order to survive. Elephants have been big business for the country for centuries but now they are reduced to a major tourist attraction. Elephants are trained to paint, play musical instruments, and even kick soccer balls. In addition there are elephant camps dotted all over Thailand catering to tourists employing up to 650 pachyderms, according to government figures. The Tourism Authority of Thailand says that about 65 percent of tourists will visit an elephant during their stay. Until Thailand banned logging in 1989, many Asian elephants were laborers working in the jungles. (Photo Paula Bronstein/Getty Images) 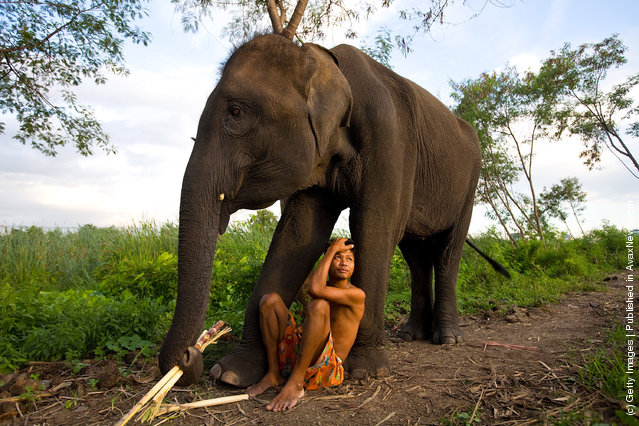 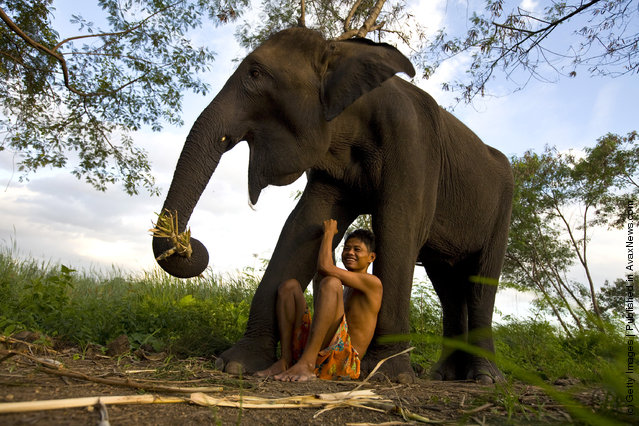 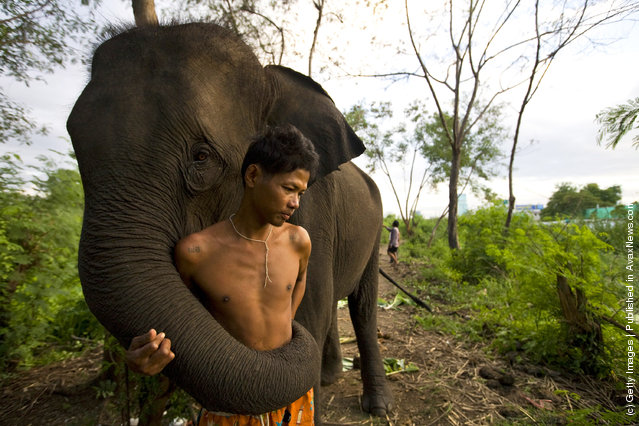 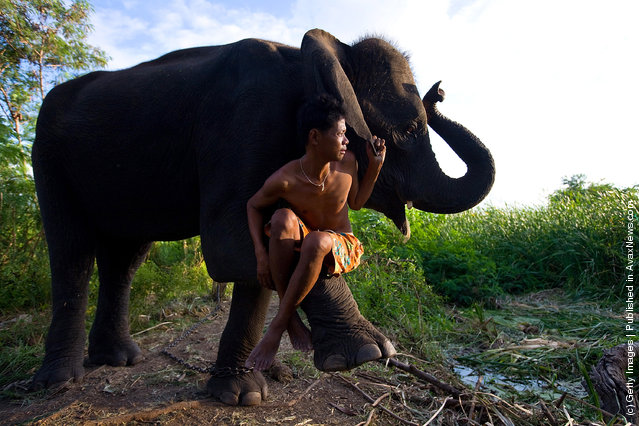