Touching Visitors Enjoy the Ancient Basalt Columns that form the Giants Causeway
“The Giant's Causeway (known as Clochán an Aifir or Clochán na bhFomhórach in Irish and tha Giant's Causey in Ulster-Scots) is an area of about 40,000 interlocking basalt columns, the result of an ancient volcanic eruption. It is located in County Antrim on the northeast coast of Northern Ireland, about three miles (4.8 km) northeast of the town of Bushmills. It was declared a World Heritage Site by UNESCO in 1986, and a National Nature Reserve in 1987 by the Department of the Environment for Northern Ireland.

In a 2005 poll of Radio Times readers, the Giant's Causeway was named as the fourth greatest natural wonder in the United Kingdom. The tops of the columns form stepping stones that lead from the cliff foot and disappear under the sea. Most of the columns are hexagonal, although there are also some with four, five, seven and eight sides. The tallest are about 12 metres (39 ft) high, and the solidified lava in the cliffs is 28 metres thick in places.

The Giant's Causeway is today owned and managed by the National Trust and it is the most popular tourist attraction in Northern Ireland.

Some 50 to 60 million years ago, during the Paleogene period, Antrim was subject to intense volcanic activity, when highly fluid molten basalt intruded through chalk beds to form an extensive lava plateau. As the lava cooled rapidly, contraction occurred. Horizontal contraction fractured in a similar way to drying mud, with the cracks propagating down as the mass cooled, leaving pillarlike structures, which are also fractured horizontally into “biscuits”.

In many cases the horizontal fracture has resulted in a bottom face that is convex while the upper face of the lower segment is concave, producing what are called “ball and socket” joints. The size of the columns is primarily determined by the speed at which lava from a volcanic eruption cools. The extensive fracture network produced the distinctive columns seen today. The basalts were originally part of a great volcanic plateau called the Thulean Plateau which formed during the Paleogene period”. – Wikipedia 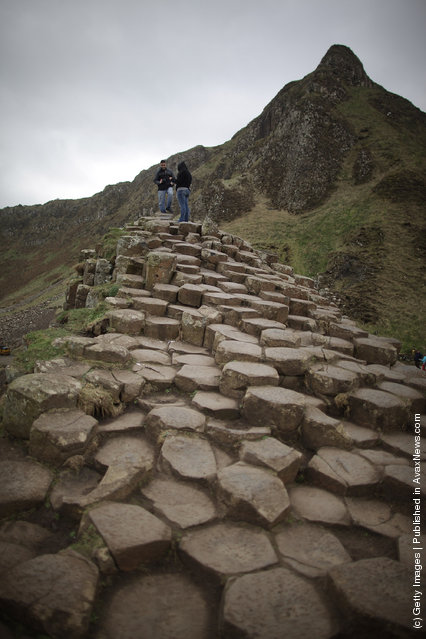 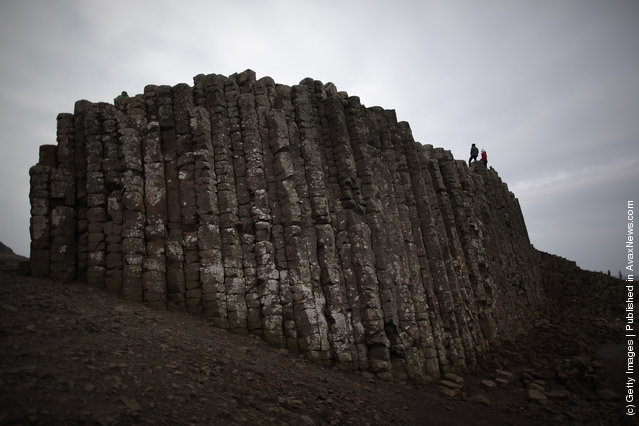 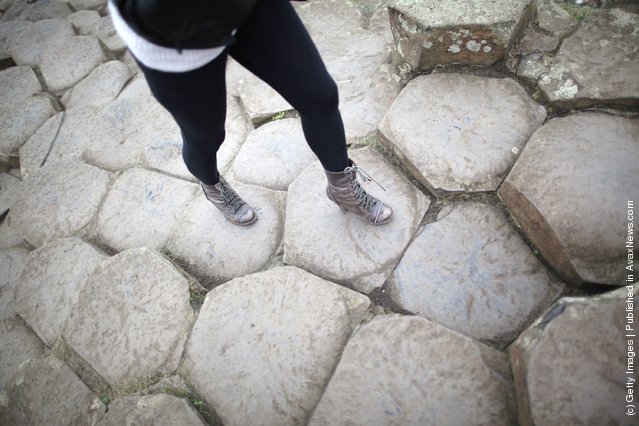 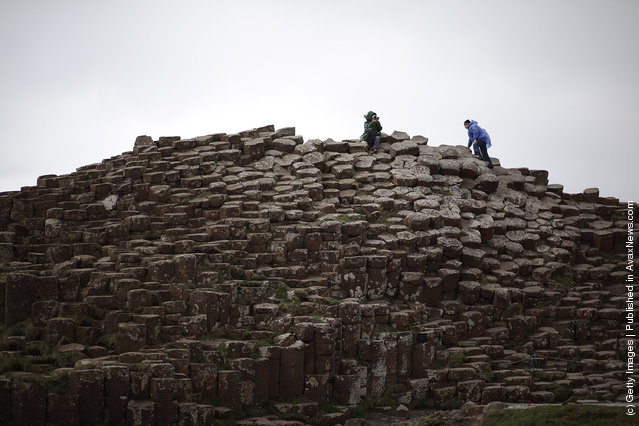 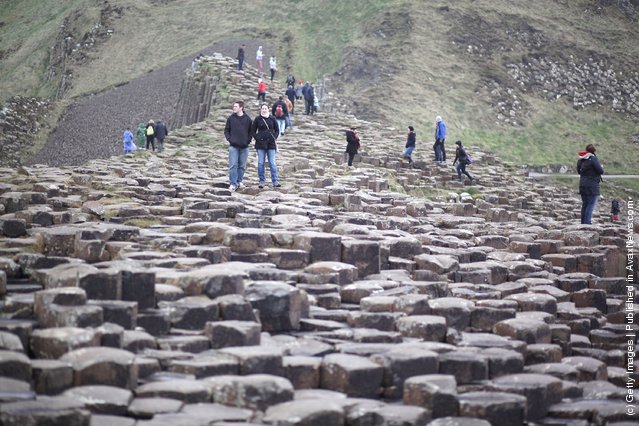 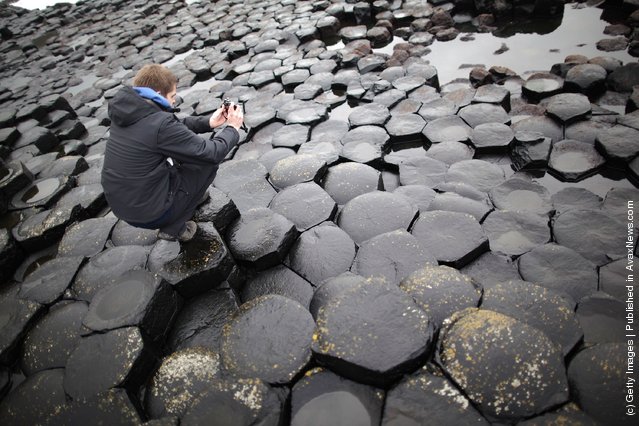 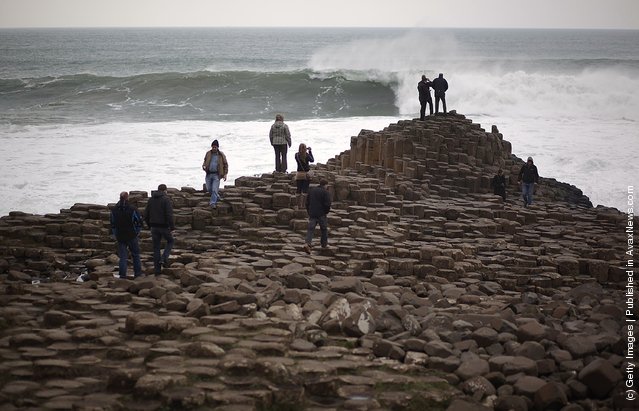 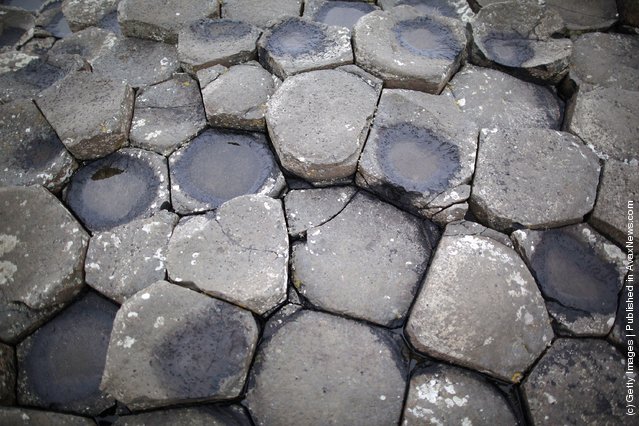 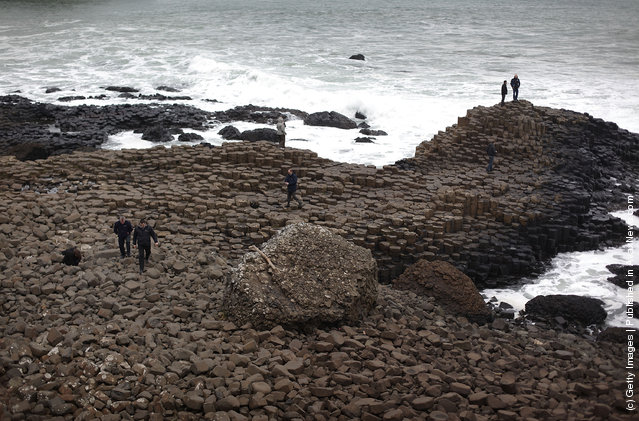 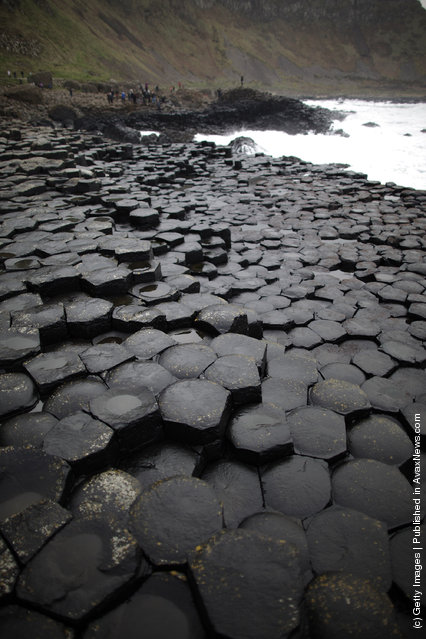 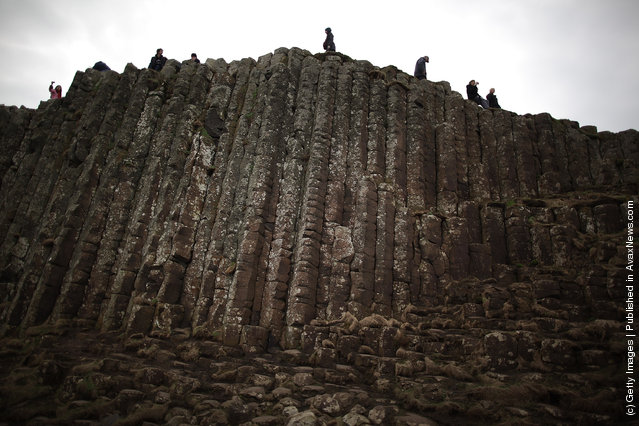 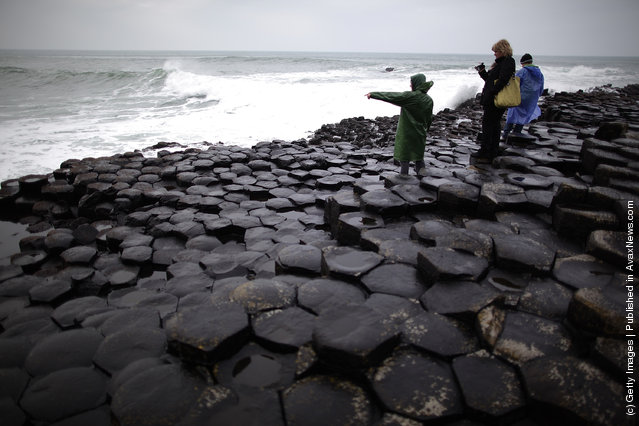 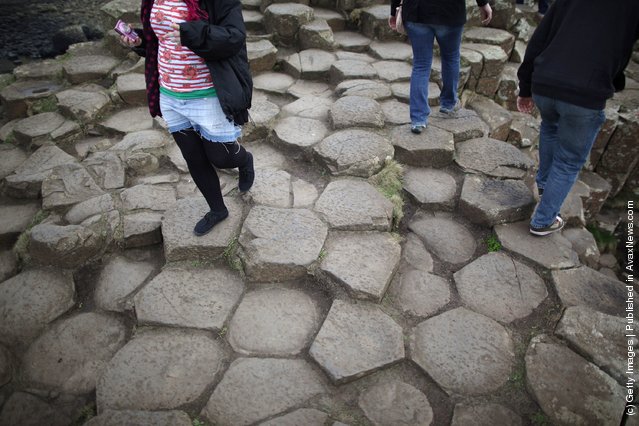