Touching Visitors To Morecambe Enjoy The Sunshine On Blue Monday
Children with balloons play beside the statue of British comedy legend Eric Morecambe on January 16, 2012 in Morecambe, England. According to scientists January 16, 2012 was “Blue Monday”, the most depressing day of the year. The scientists, from Cardiff University, worked out a formula to calculate that the third Monday in January is the most depressing day of the year. The formula 1/8W+(D-d) 3/8xTQ MxNA where W is weather, D is debt, money (d) due on January's pay day and T is the time since Christmas, Q is the period since the failure to quit a bad habit, M for motivational levels and NA is the need to take action and do something about it. (Photo by Christopher Furlong/Getty Images) 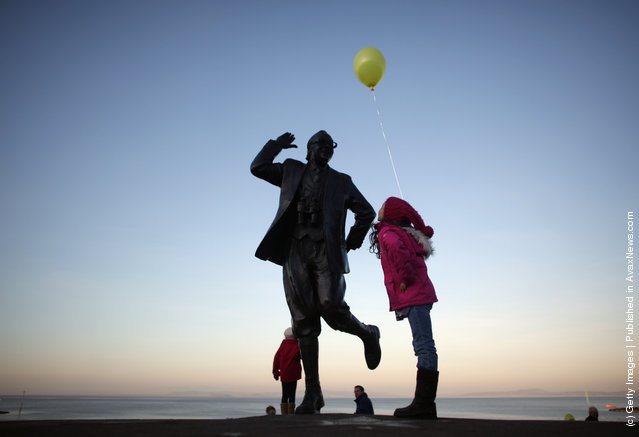 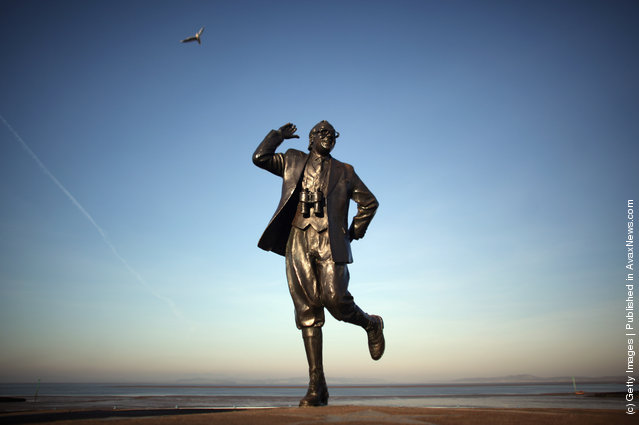 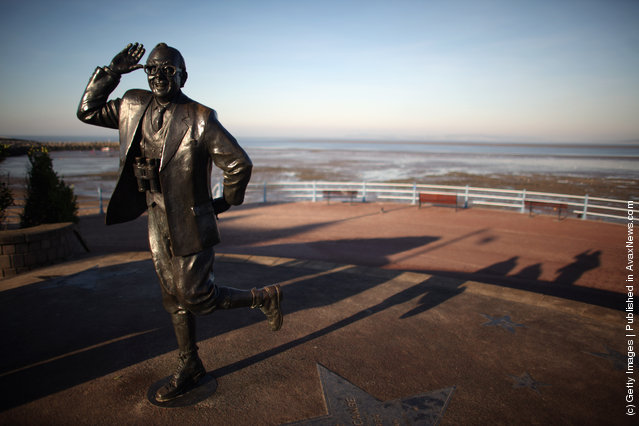 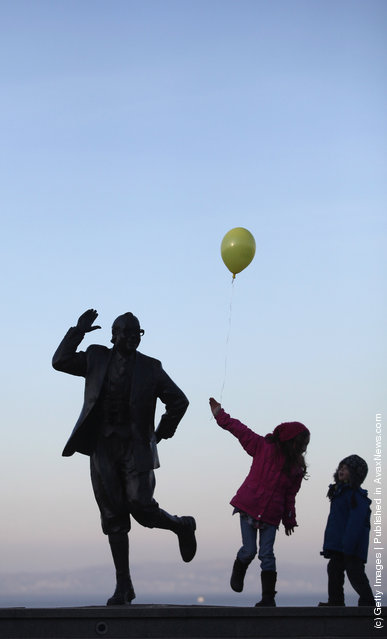