Wow Reality of a Grand Hasidic Wedding
“Coming back home at 5am sunrise, I was just beginning to digest the grand event I was lucky to witness and cover: the wedding of the grandson of one of the most influential spiritual leaders in Israel’s ultra-Orthodox community.

The wedding, attended by some 25,000 people, was a massive event that was conducted like a military operation. How do you take care of thousands of people, feed them, accommodate them, seat them and provide safety for the huge crowd? There was a 20-story stand that needed to hold thousands of dancing Hasidic men.

“One million plastic cups” bragged one of the ultra-Orthodox men who I was squeezed in next to. A team responsible for managing the event were running around, communicating through radio headsets. A control room overlooked every corner of the venue and a production company was responsible for the live coverage of the celebration, which was displayed on large screens placed throughout the neighborhood, giving people who couldn’t make it into the venue itself an opportunity to witness the wedding.

The female guests sat some two kilometers (1.2 miles) away from the men in a separate hall, where they followed the men’s celebration on large screens.

At the end of the day, the massive turnout from various sects of the ultra-Orthodox community who came to show their respect for the legacy of the Belz community and its spiritual leader, Rabbi Yissachar Dov Rokeach, left its mark on me”. – Ronen Zvulun via Reuters

Photos: Ultra-orthodox Jewish wedding in Israel. Tens of thousands of Ultra-Orthodox Jews of the Belz Hasidic dynasty gather at the wedding ceremony of Rabbi Shalom Rokach in Kiryat Belz, in Jerusalem, on May 21, 2013. Around 25,000 ultra-orthodox Jews took part, making it one of the biggest weddings of the past few years. (Photos by Gil Cohen/Menahem Kahana/AFP Photo) 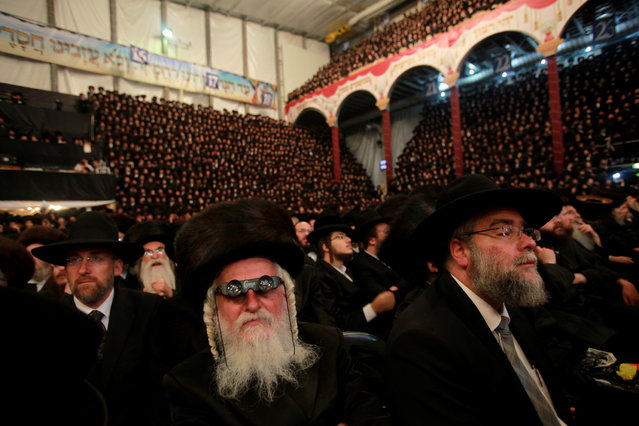 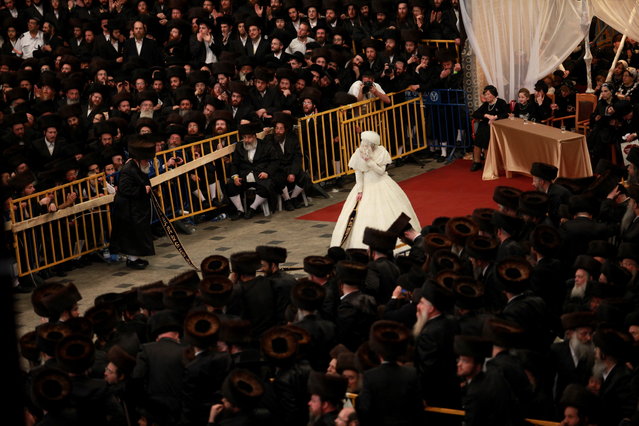 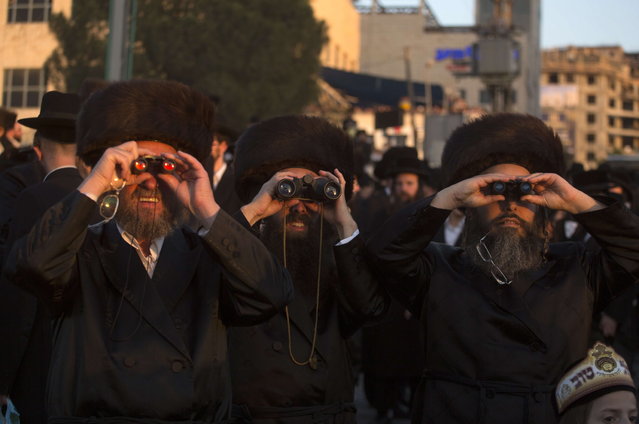 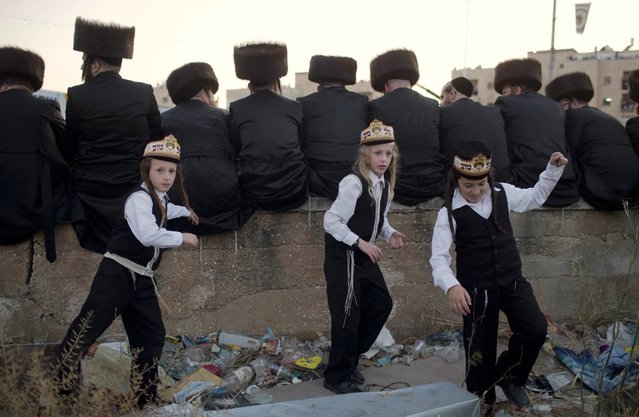 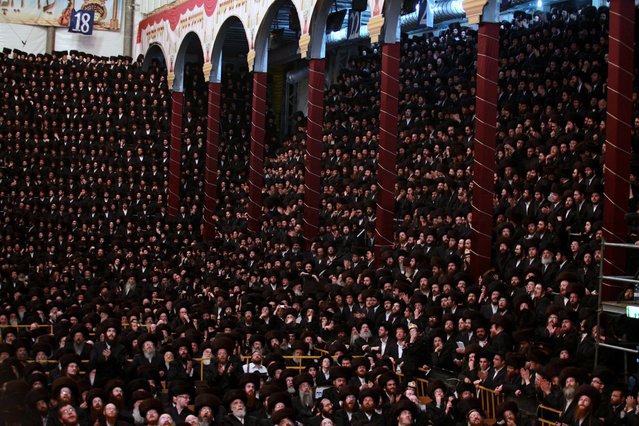 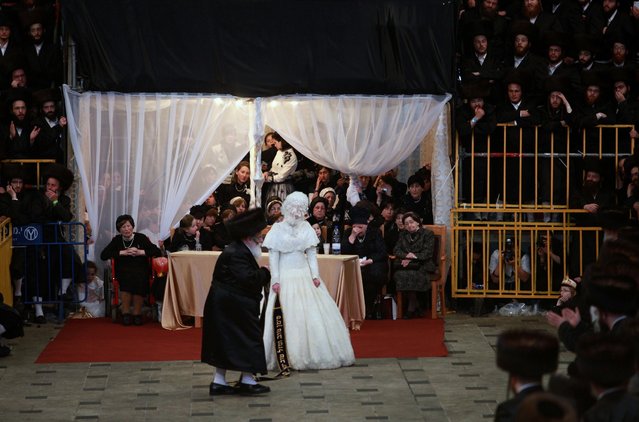 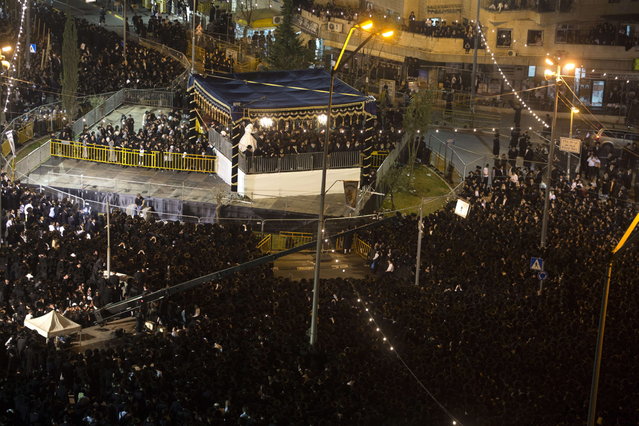 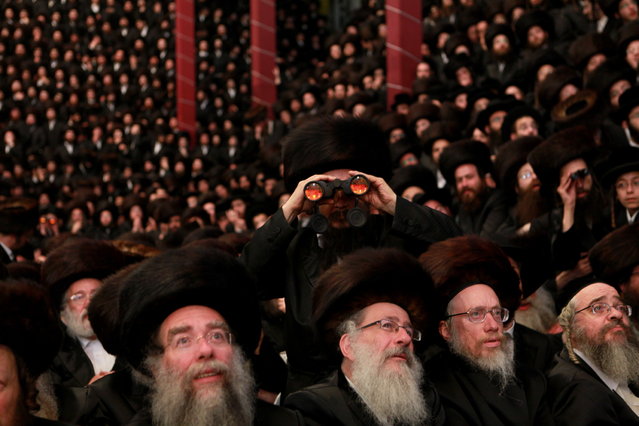 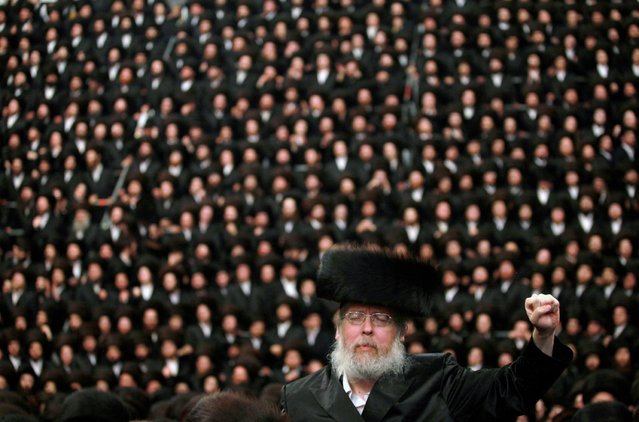