Wow Tardigrade
“Tardigrades (commonly known as waterbears or moss piglets) are small, water-dwelling, segmented animals with eight legs. Tardigrades were first discovered in 1773 by Johann August Ephraim Goeze, who called them kleiner Wasserbär, meaning “little water bear” in German. The name Tardigrada means “slow walker” and was given by Lazzaro Spallanzani in 1777. The name water bear comes from the way they walk, reminiscent of a bear's gait. The biggest adults may reach a body length of 1.5 millimetres (0.059 in), the smallest below 0.1 mm. Freshly hatched tardigrades may be smaller than 0.05 mm.

Tardigrades are one of the few groups of species that are capable of reversibly suspending their metabolism and going into a state of cryptobiosis. Several species regularly survive in a dehydrated state for nearly ten years. Depending on the environment they may enter this state via anhydrobiosis, cryobiosis, osmobiosis or anoxybiosis. While in this state their metabolism lowers to less than 0.01% of normal and their water content can drop to 1% of normal. Their ability to remain desiccated for such a long period is largely dependent on the high levels of the non-reducing sugar, trehalose, which protects their membranes. In this cryptobiotic state the tardigrade is known as a tun.

Tardigrades have been known to withstand the following extremes while in this state:

Pressure: they can withstand the extremely low pressure of a vacuum and also very high pressures, more than 1,200 times atmospheric pressure. Tardigrades can survive the vacuum of open space and solar radiation combined for at least 10 days. Some species can also withstand pressure of 6,000 atmospheres, which is nearly six times the pressure of water in the deepest ocean trench, the Mariana trench.

Dehydration: tardigrades have been shown to survive nearly 10 years in a dry state. When exposed to extremely low temperatures, their body composition goes from 85% water to only 3%. As water expands upon freezing, dehydration ensures the tardigrades do not get ripped apart by the freezing ice (as waterless tissues cannot freeze).

Radiation: tardigrades can withstand median lethal doses of 5,000 Gy (of gamma-rays) and 6,200 Gy (of heavy ions) in hydrated animals (5 to 10 Gy could be fatal to a human). The only explanation thus far for this ability is that their lowered water state provides fewer reactants for the ionizing radiation.

Outer space: In September 2007, tardigrades were taken into low Earth orbit on the FOTON-M3 mission and for 10 days were exposed to the vacuum of space. After being rehydrated back on Earth, over 68% of the subjects protected from high-energy UV radiation survived and many of these produced viable embryos, and a handful had survived full exposure to solar radiation. In May 2011, tardigrades were sent into space along with other extremophiles on STS-134, the final flight of Space Shuttle Endeavour. In November 2011, they were among the organisms to be sent by the US-based Planetary Society on the Russian Fobos-Grunt mission's Living Interplanetary Flight Experiment to Phobos; however, the launch failed”. – Wikipedia 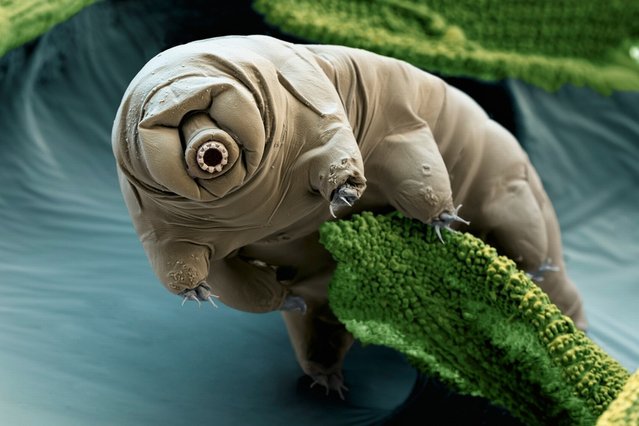 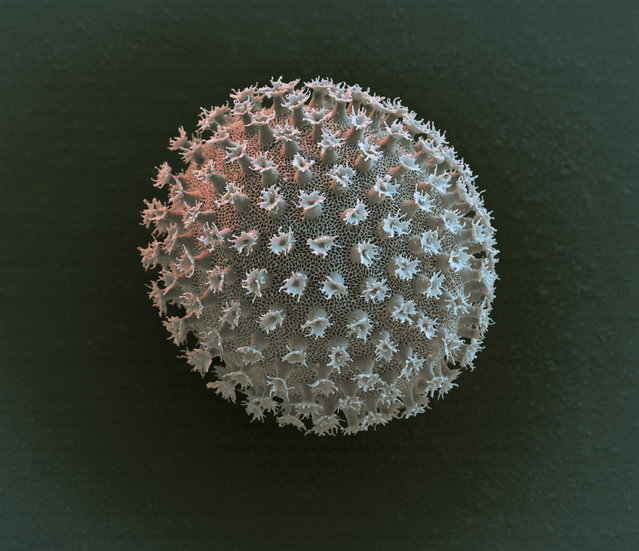 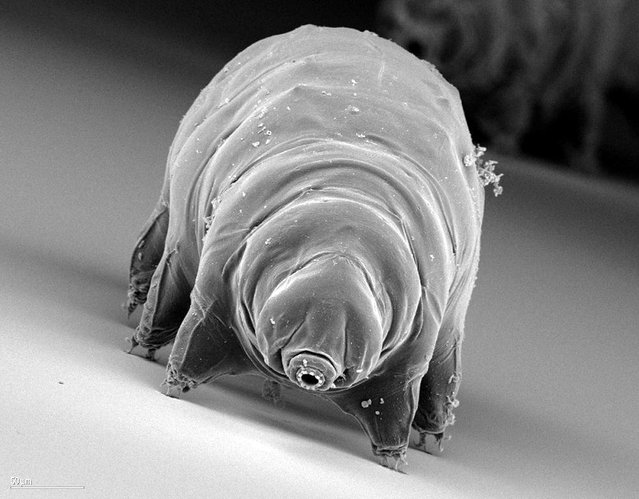 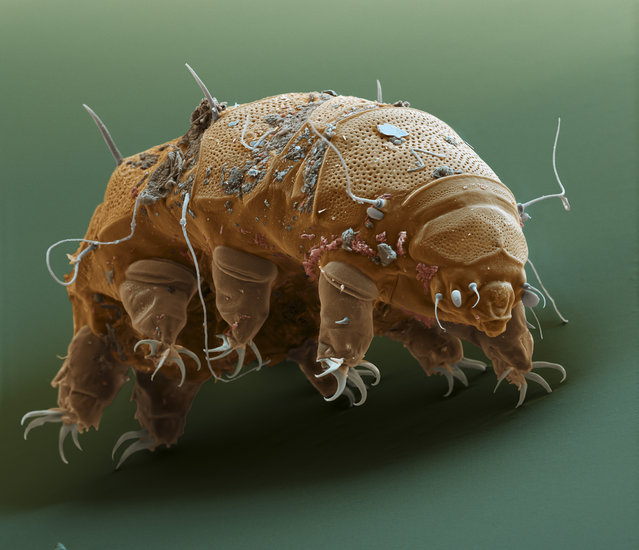 Tardigr E granul 700x. This “Water bear” (Tardigrade) is an animal which is built only on a few hundred cells. It lives in moss and “awakes” when the moss gets wet. It feeds on moss by sucking the cells off. If the moss fells dry, Water Bears encapsule themselfes, if necessary for years to wait for the next rain. (Photo by FEI Company) 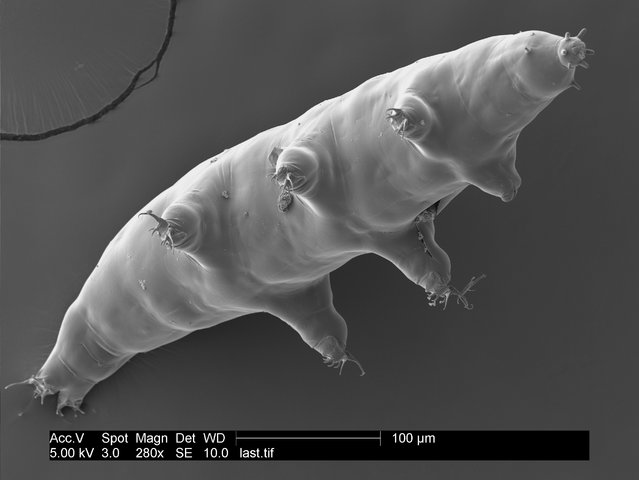 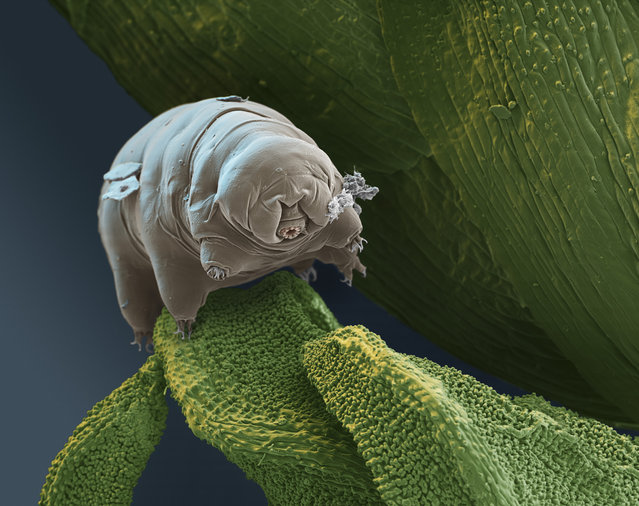