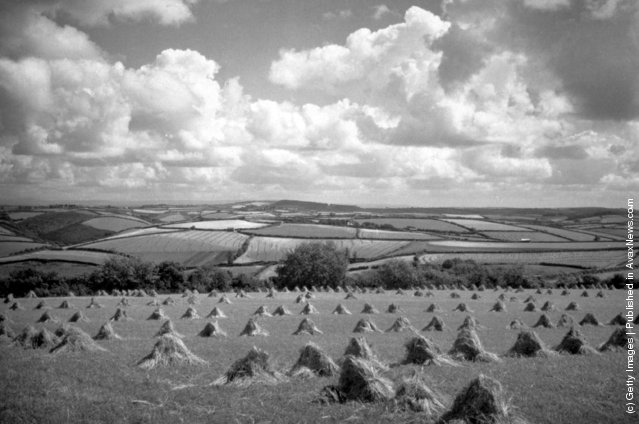 A general view of a Cornish cornfield. (Photo by Hulton Archive/Getty Images). Circa 1935 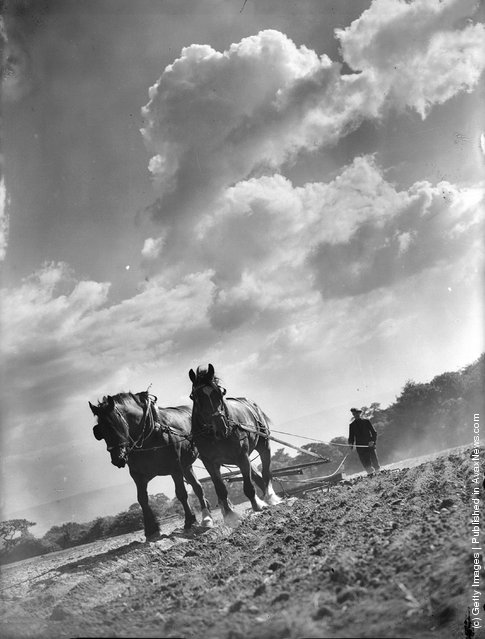 A farmer ploughing land in the North of England with his team of horses to fulfill the wartime request to “Grow More Food”. (Photo by Fox Photos/Getty Images). October 1939 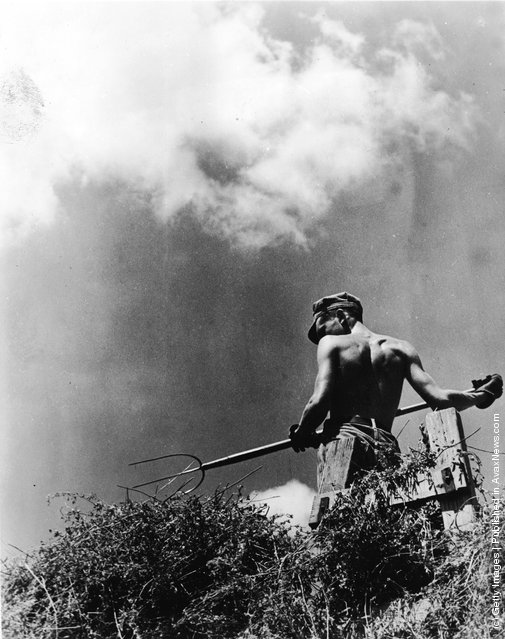 Framed against an expanse of sky, a shirtless farmer holds a pitchfork in his gloved hands as he works with his soybean crops, 1940s. (Photo by Hulton Archive/Getty Images) 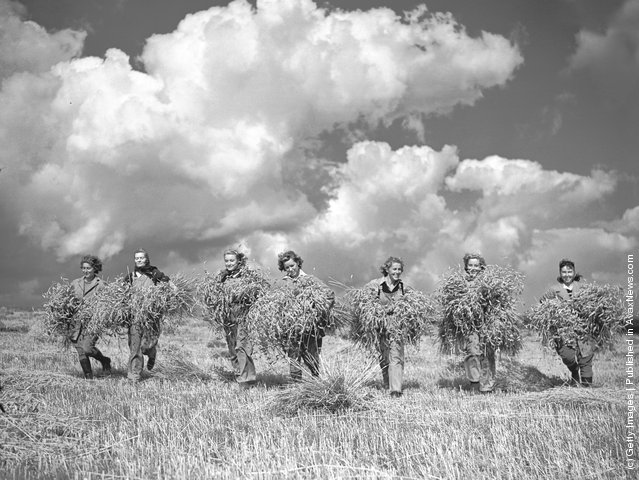 A group of land girls bringing in sheaves of wheat from a field reclaimed for the war effort from 400-acres of unused land on the Sussex Downs, 13th August 1941. The field is thought to be the largest of its kind in Britain. (Photo by J. A. Hampton/Topical Press Agency/Hulton Archive/Getty Images) 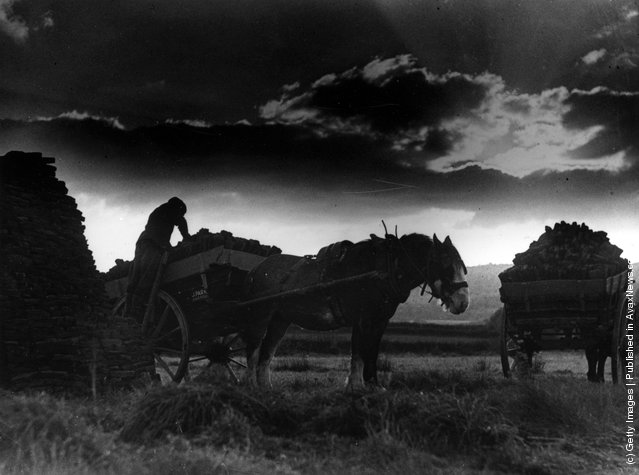 Stacking peat in the twilight on Brigsteer Mosses in Westmorland. The peat is cut and stacked during the summer and left to dry for use as winter fuel. (Photo by J. Hardman/Fox Photos/Getty Images). 9th February 1942 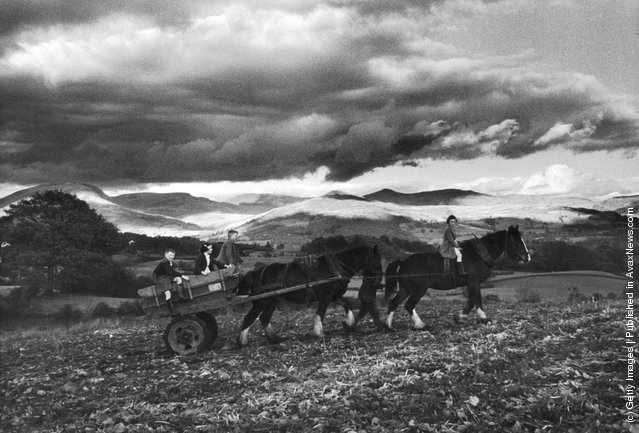 A group of children going home after a day in the fields of a Lake District farm. (Photo by Kurt Hutton/Getty Images). 1954 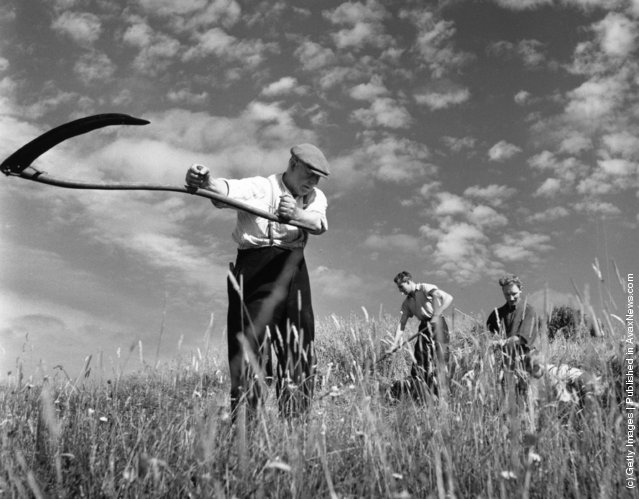 Harvest time on the island of Lewis and Harris in the Outer Hebrides. (Photo by Bert Hardy/Getty Images). 1955 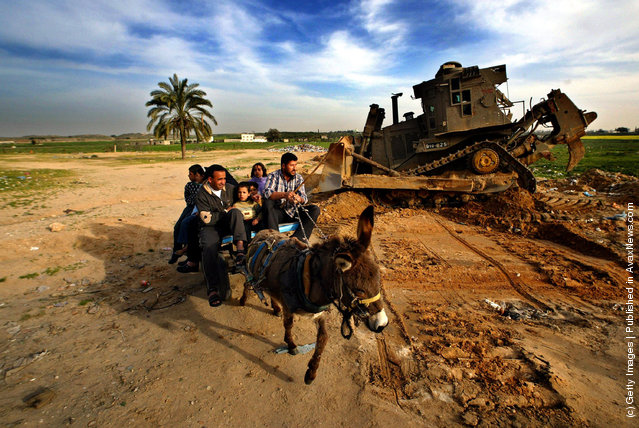 A Palestinian family in a donkey cart passes by an Israeli bulldozer on the Palestinian side of the Erez Crossing February 27, 2004 between Gaza Strip and Israel. (Photo by Abid Katib/Getty Images) 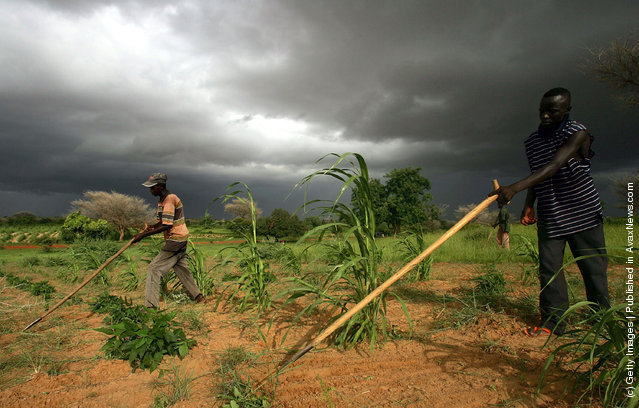 Villager tend to their meager crop of millet as a storm approaches on August 8, 2005 near Dakoro, Niger. (Photo by Daniel Berehulak/Getty Images) 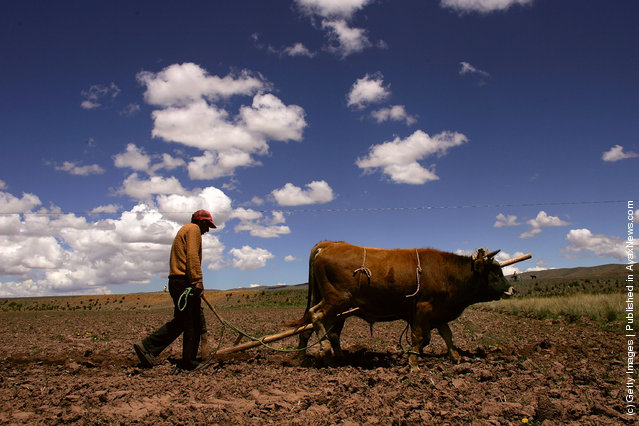 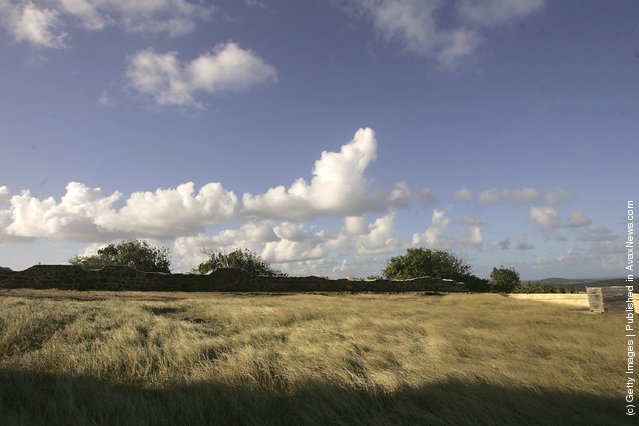 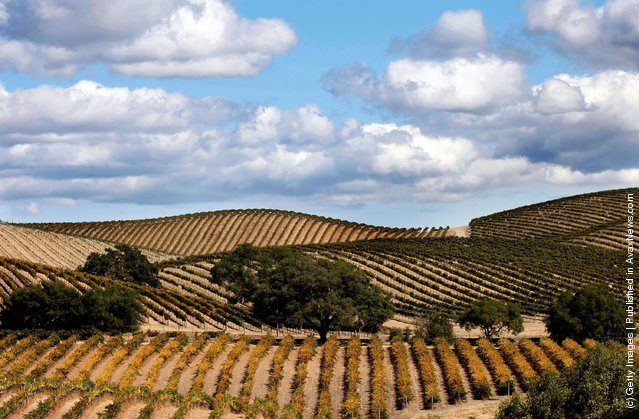 Clouds move in the sky above Artesa Winery in Carneros Valley October 1, 2007 in Napa, California. (Photo by Justin Sullivan/Getty Images) 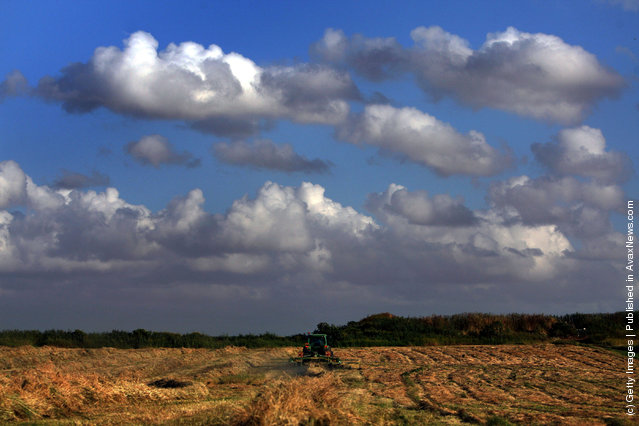