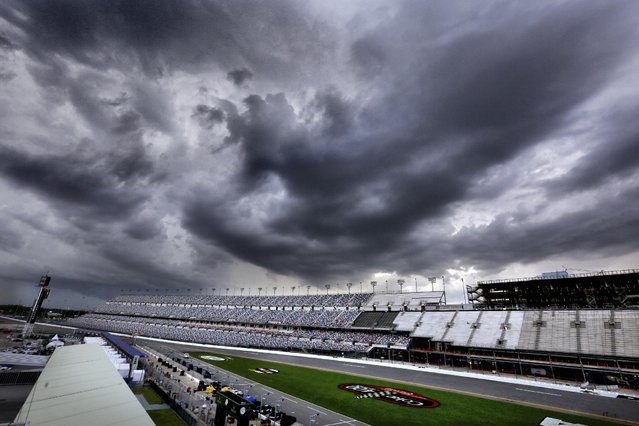 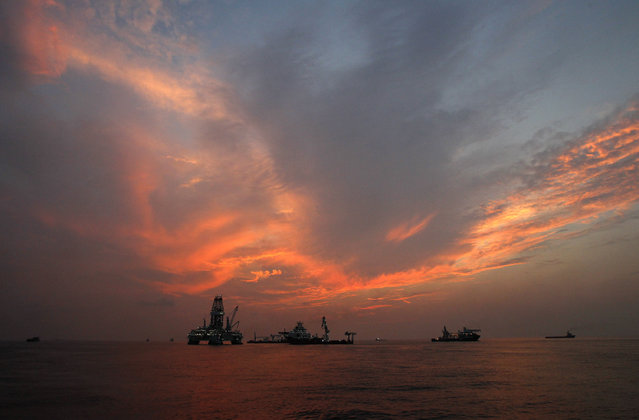 This Saturday, September 4, 2010 file photo shows vessels assisting in the drilling of the Deepwater Horizon relief well on the Gulf of Mexico near the coast of Louisiana at sunset. (Photo by Patrick Semansky/AP Photo) 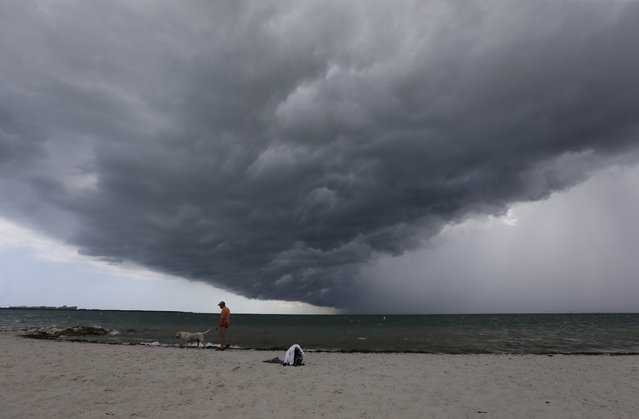 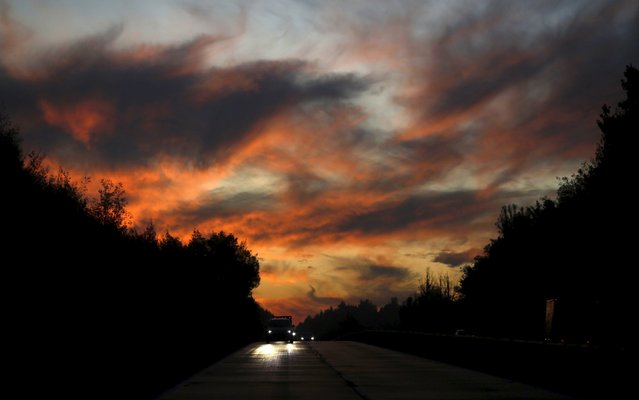 Cars are seen on the highway on their way from Vina del Mar to Santiago, Chile June 27, 2015. (Photo by Marcos Brindicci/Reuters) 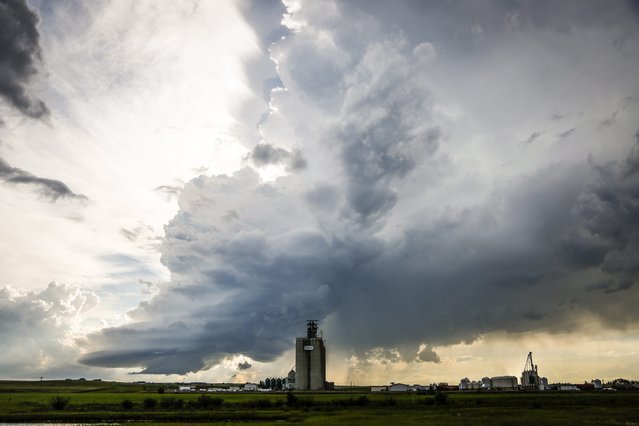 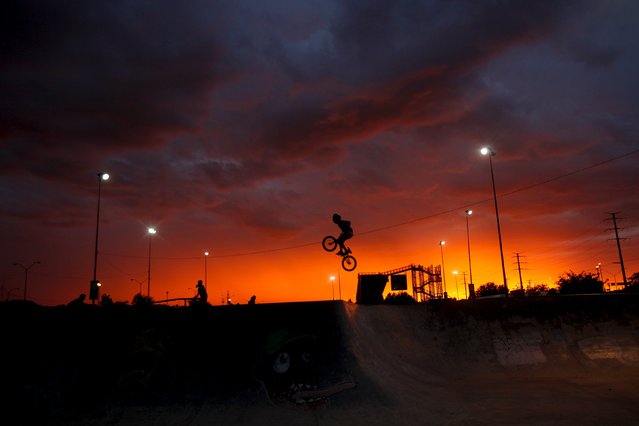 A BMX rider performs a trick at a skate park in Ciudad Juarez, Mexico, July 21, 2015. (Photo by Jose Luis Gonzalez/Reuters) 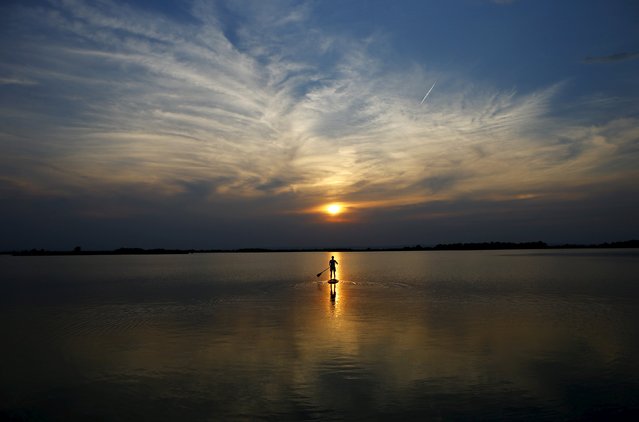 A boy is silhouetted as he paddles on a stand up board during sunset on Lake Zicksee in St. Andrae, Austria, July 24, 2015. (Photo by Leonhard Foeger/Reuters) 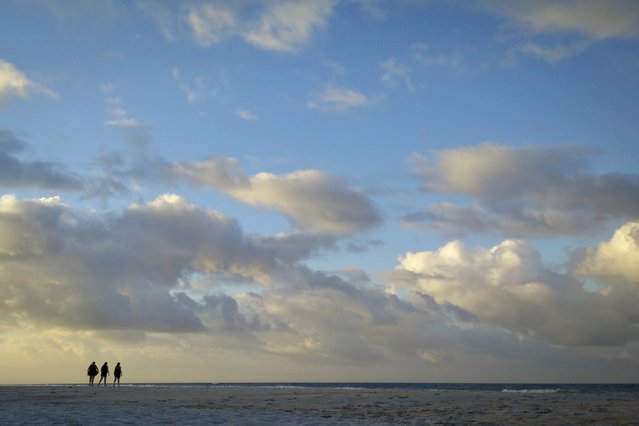 People walk along a beach at sunset in Marineland, Florida, July 25, 2015. (Photo by Carlo Allegri/Reuters) 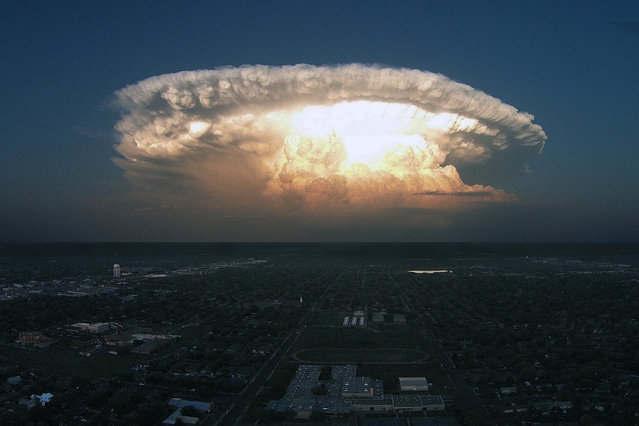 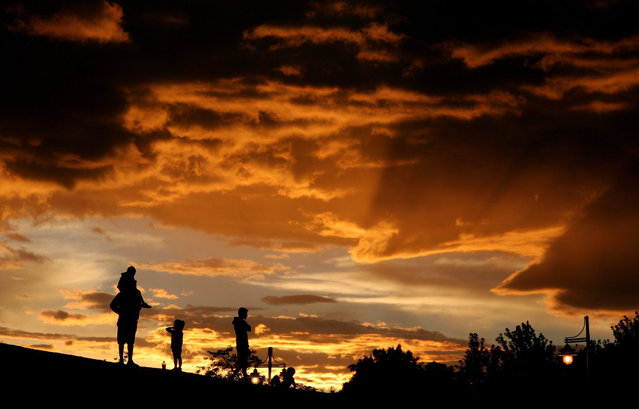 The sky turns orange as the clouds part from a storm above Sparks Marina Park as the sun sets, Friday, July 10, 2015, in Sparks, Nev. (Photo by Larry Steagall/Kitsap Sun via AP Photo) 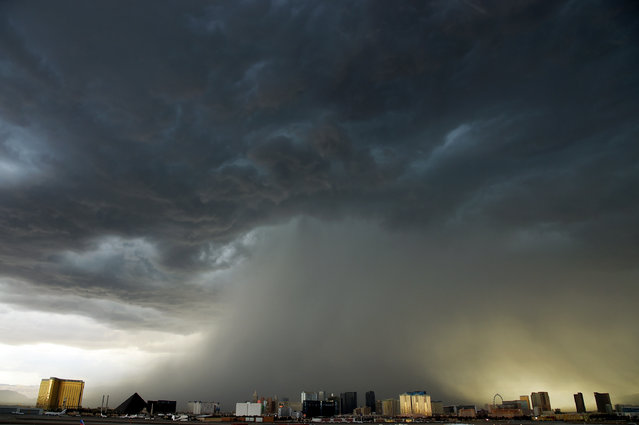 A thunderstorm is seen northwest of the Las Vegas Strip on July 6, 2015 in Las Vegas, Nevada. The monsoon storm dropped heavy rain and hail in parts of the valley causing street flooding and power outages. (Photo by Ethan Miller/Getty Images) 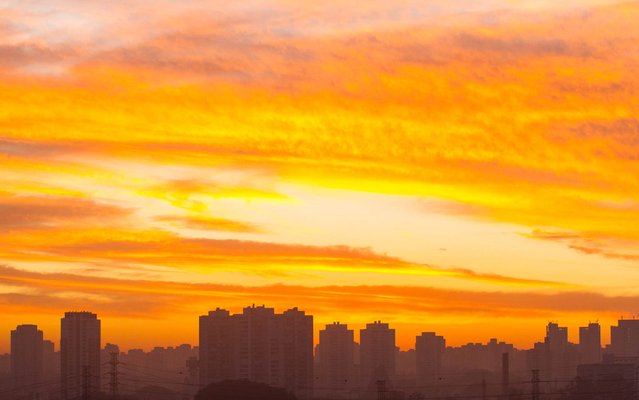 Dawn viewed from João Dias Bridge, on the south side of São Paulo, Brazil, on July 13, 2015. (Photo by Dario Oliveira/Código19/Estadão Conteúdo) 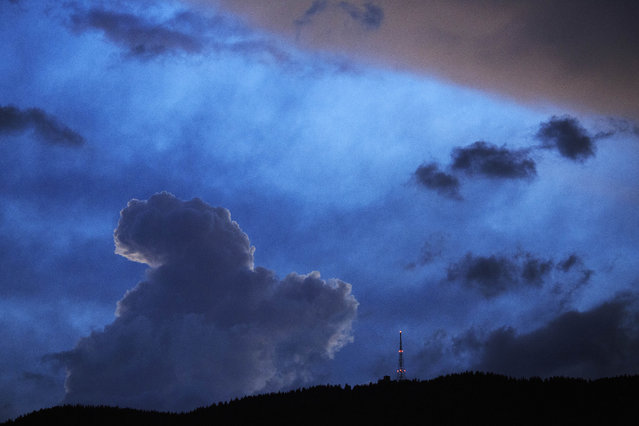 A radio and television broadcasting mast located at La Barillette in the Jura mountains is silhouetted by passing clouds as a stormy weather front moves across the region, as seen from Gingins, Switzerland, Friday, July 24, 2015. (Photo by David Azia/AP Photo) 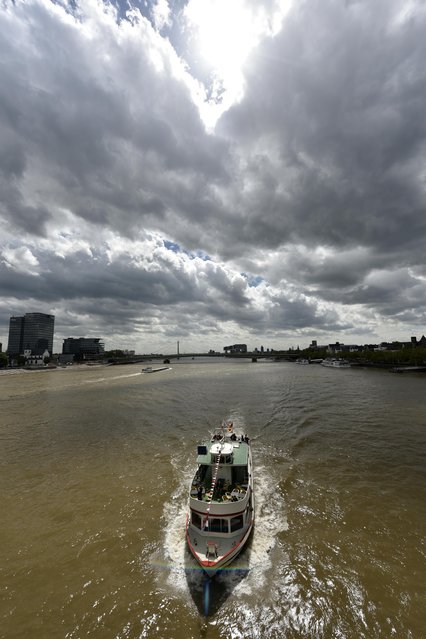 A ship drives on the river Rhine under a cloudy sky on a warm spring Tuesday, May 5, 2015 in Cologne, Germany. (Photo by Martin Meissner/AP Photo) 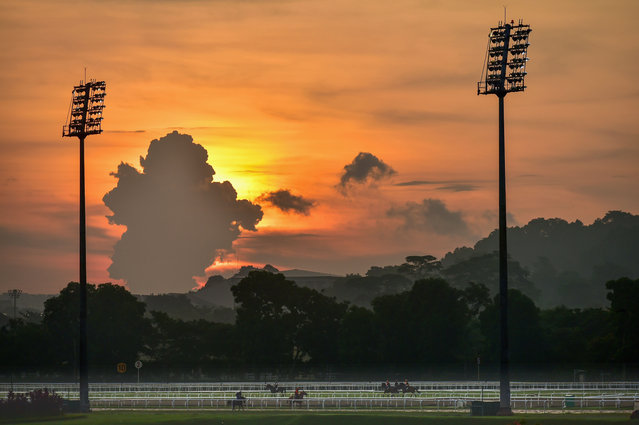 General view of trackwork from Kranji Racecourse on May 14, 2015 in Singapore. (Photo by Vince Caligiuri/Getty Images) 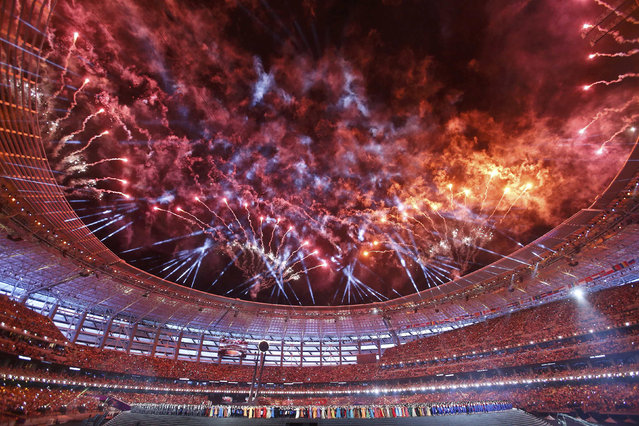