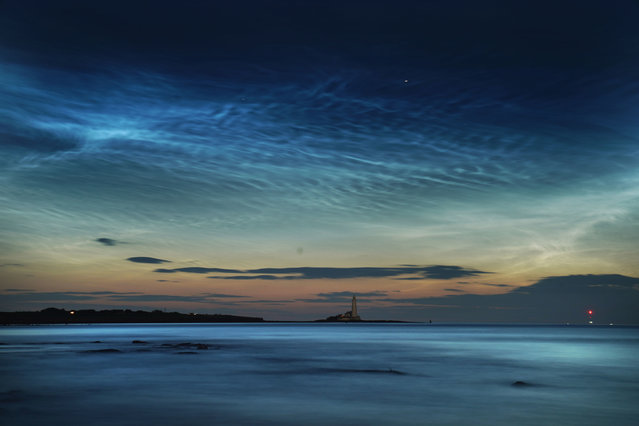 Rare noctilucent clouds shine brightly across Whitley Bay beach over St Mary’s Lighthouse at Whitley Bay, England on June 17, 2019. Noctilucent clouds are made of ice crystals and are only visible during astronomical twilight. (Photo by Owen Humphreys/PA Wire Press Association) 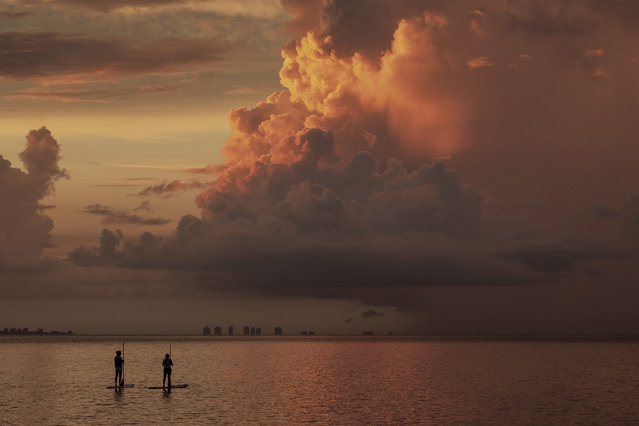 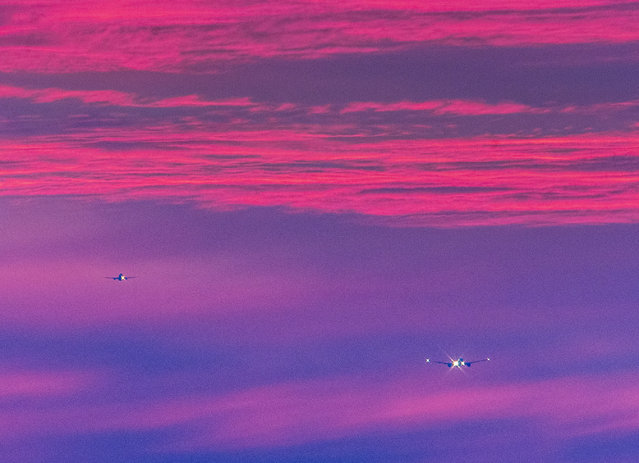 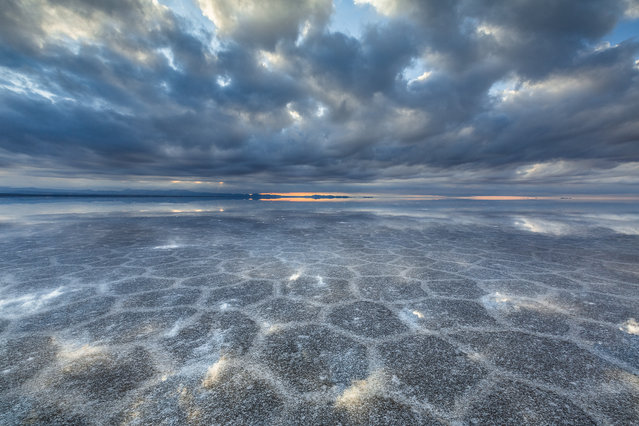 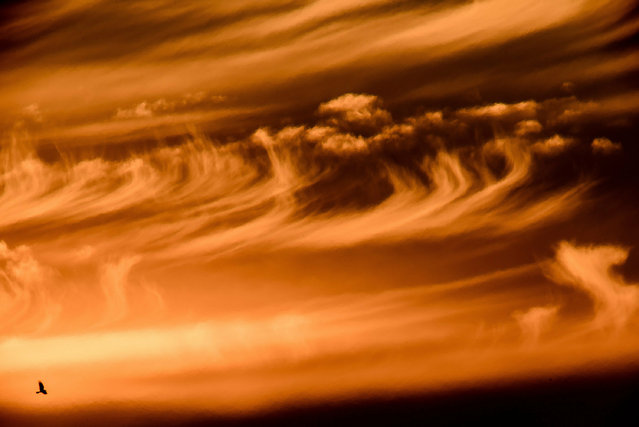 A bird flying in front of clouds illuminated by the rising Sun in Karancssag, northeast of Budapest, Hungary, Sunday, April 21, 2019. (Photo by Peter Komka/MTI via AP Photo) 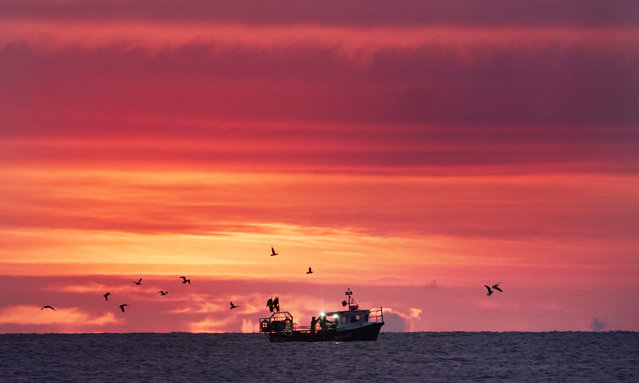 The sun rises over the sea as a small fishng boat collects Lobster pots off the coast of Whitley Bay on August 14, 2019, before more rain and thunderstorms are due to hit parts of Britain today. (Photo by Owen Humphreys/PA Images via Getty Images) 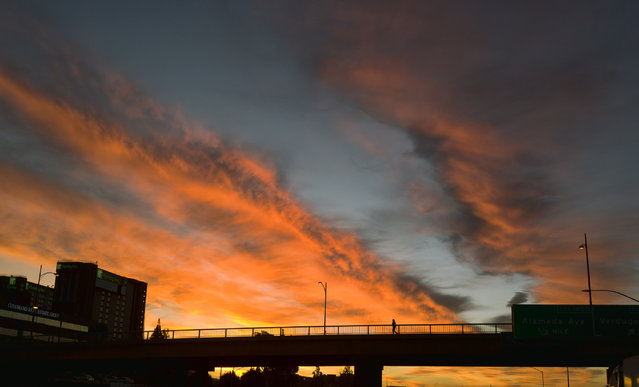 A pedestrian makes their way across an overpass under a dramatic sunrise during the early morning commute in Los Angeles on Friday, February 1, 2019. A powerful storm heading toward California is expected to produce heavy rainfall, damaging winds, localized stream flooding and heavy snow in the Sierra Nevada. Forecasters say rain will arrive in the north late Friday afternoon and reach the south late in the night, and last through Saturday night. (Photo by Richard Vogel/AP Photo) 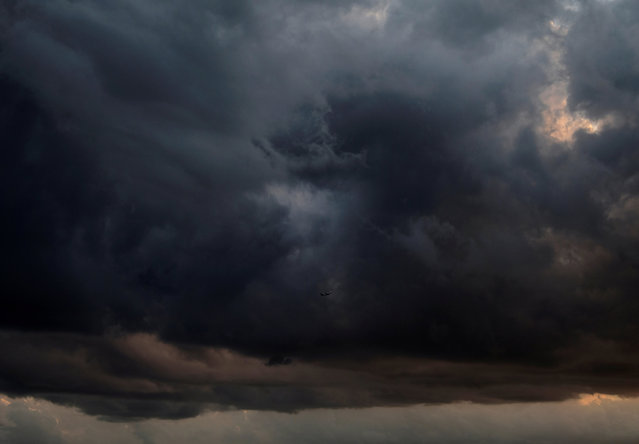 A plane climbing into a cloud formation after taking off from Malta International Airport is seen from Sliema, Malta February 3, 2019. (Photo by Darrin Zammit Lupi/Reuters) 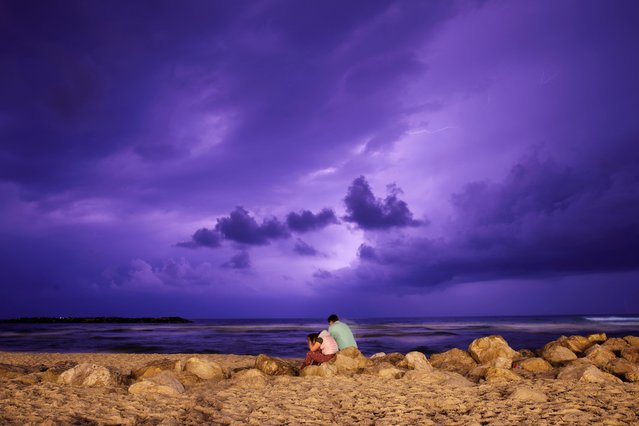 People are seen on the beach as lightning strikes over the Mediterranean at the city of Ashkelon, Israel, March 24, 2019. (Photo by Amir Cohen/Reuters) 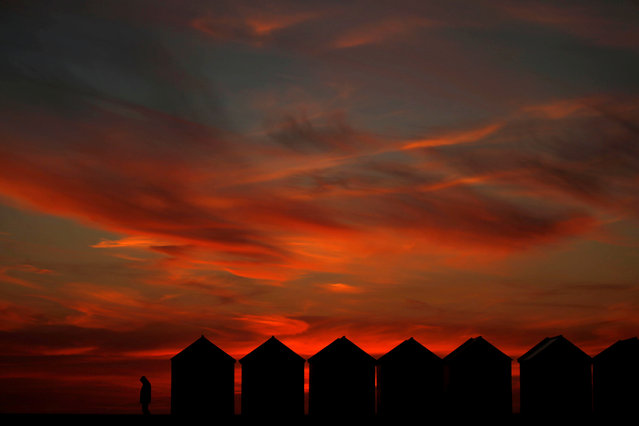 A man enjoys the sunset beside beach cabins on a pebbled beach in Cayeux-sur-Mer, France, May 13, 2019. (Photo by Pascal Rossignol/Reuters) 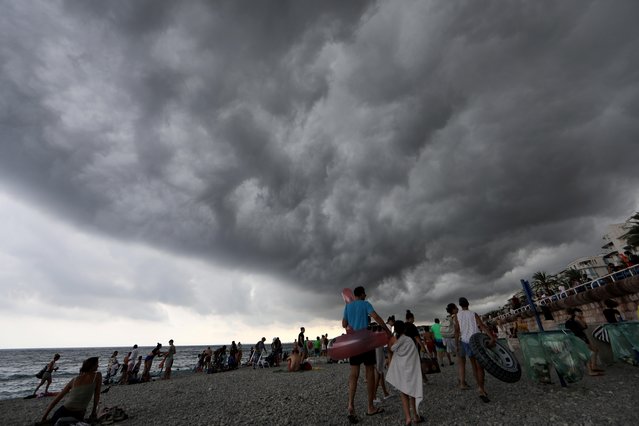 People leave the beach as a storm approaches in Nice, France on August 12, 2019. (Photo by Eric Gaillard/Reuters) 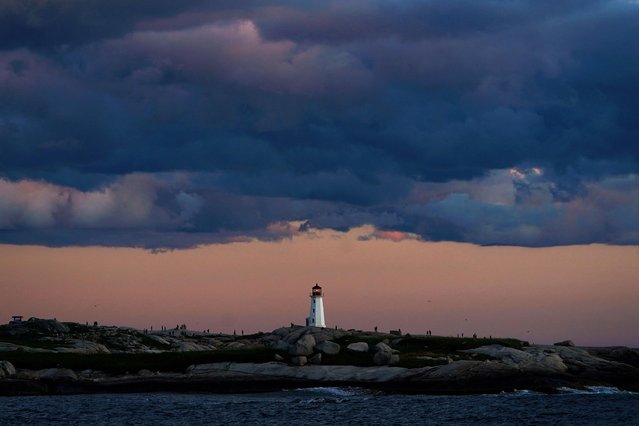 People walk on the rocks at the lighthouse at dusk in Peggy's Cove, Nova Scotia, Canada, August 11, 2019. (Photo by Carlo Allegri/Reuters) 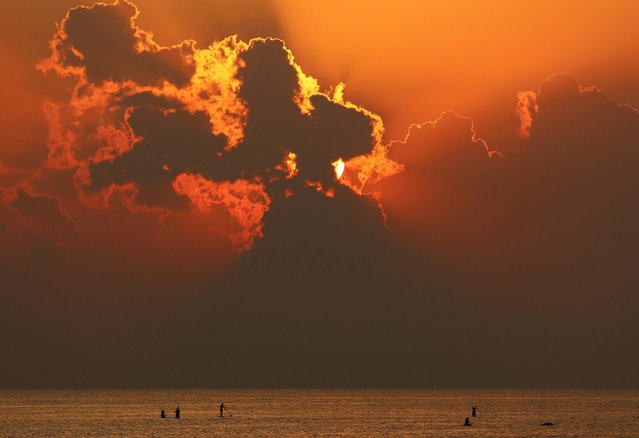 People paddle on a stand-up board during sunrise in a beach in Larnaca, Cyprus on September 15, 2019. (Photo by Yiannis Kourtoglou/Reuters) 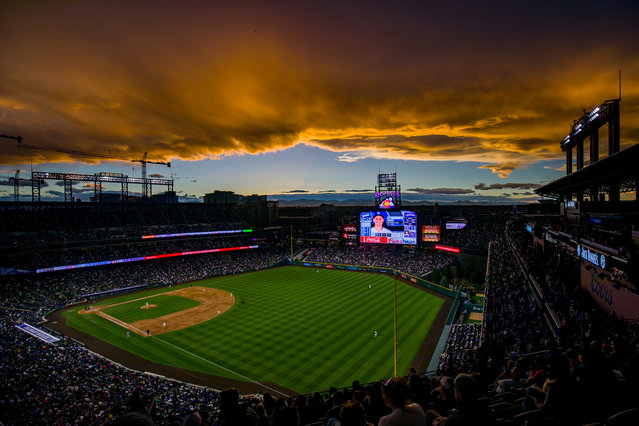 The sun sets over the stadium as the Colorado Rockies take on the Los Angeles Dodgers at Coors Field on April 7, 2019 in Denver, Colorado. (Photo by Justin Edmonds/Getty Images) 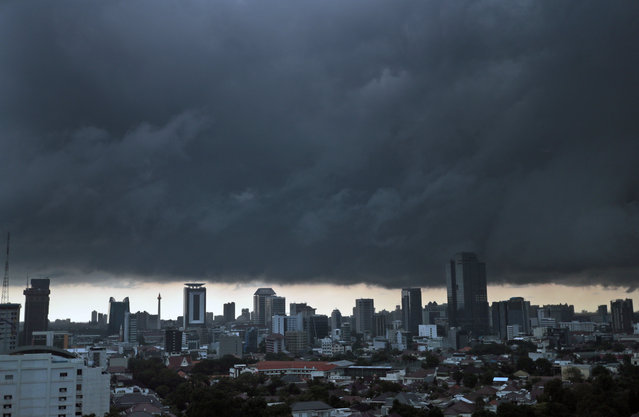 Ominous storm clouds hover over the main business district prior to a downpour in Jakarta, Indonesia, Tuesday, April 2, 2019. (Photo by Dita Alangkara/AP Photo) 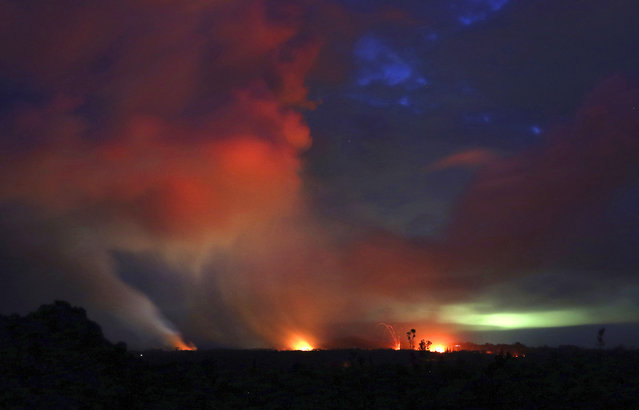 In this May 15, 2018 file photo, lava shoots into the night sky from active fissures on the lower east rift of the Kilauea volcano near Pahoa, Hawaii. A year after a Hawaii volcano rained lava and gases on a rural swath of the Big Island in one of its largest eruptions in recorded history, people who lost their homes and farms in the disaster are still struggling to return to their island lifestyle. More than 700 homes were destroyed in the historic eruption, and most people will never move back to their land. (Photo by Caleb Jones/AP Photo/File)
Edit Del
07 Oct 2019 00:03:00, post received 0 comments
Publication archive:
←   →
Popular tags:
All tags
Last searches: