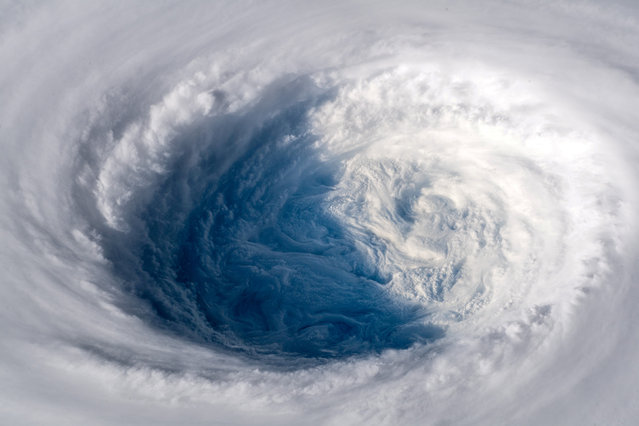 Super typhoon Trami is seen from the International Space Station as it moves towards Japan on September 25, 2018. Trami is expected to make landfall in the Japanese island of Okinawa. It is likely to bring 125-250mm (5-10in) of heavy rain, as well as hurricane-force winds and storm surges. (Photo by Alexander Gerst/Soci ESA/NASA via Reuters) 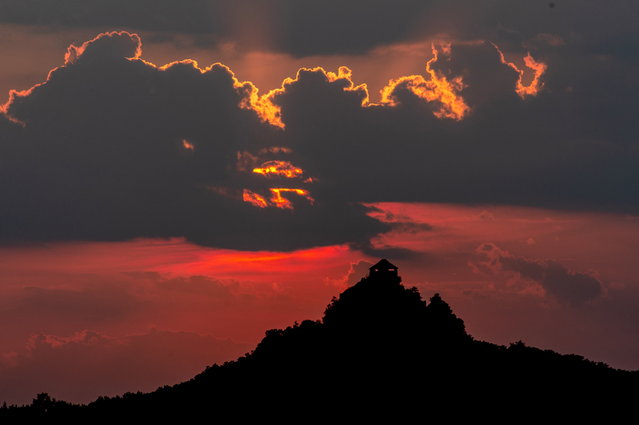 Fort Salgo is silhouetted by the setting sun near Salgotarjan, Hungary, 28 June 2021. (Photo by Peter Komka/EPA/EFE) 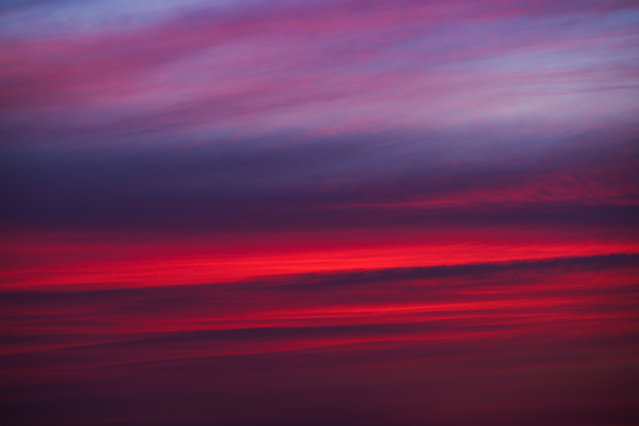 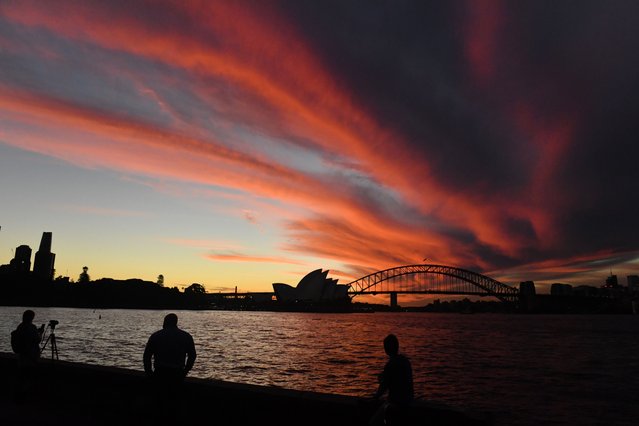 The Sydney Opera House and Sydney Harbour Bride are seen during a sunset in Sydney, Tuesday, April 20, 2021. (Photo by Mick Tsikas/AAP Image) 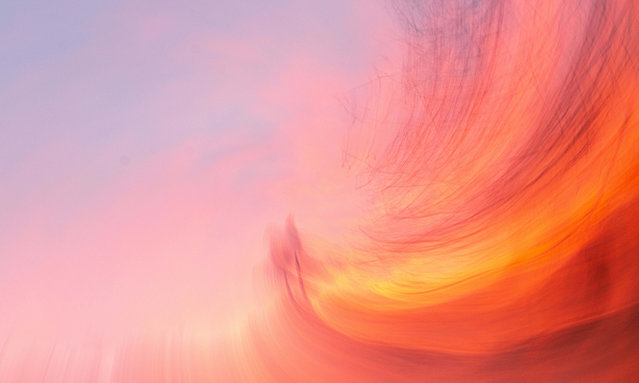 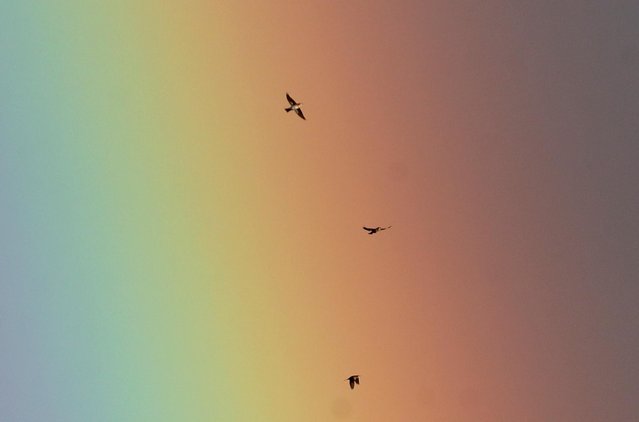 Birds fly as a rainbow is seen in the sky above Harpenden, Britain, December 23, 2020. (Photo by Peter Cziborra/Reuters) 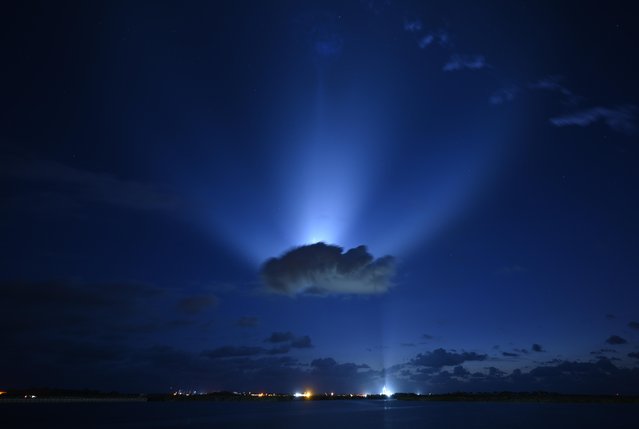 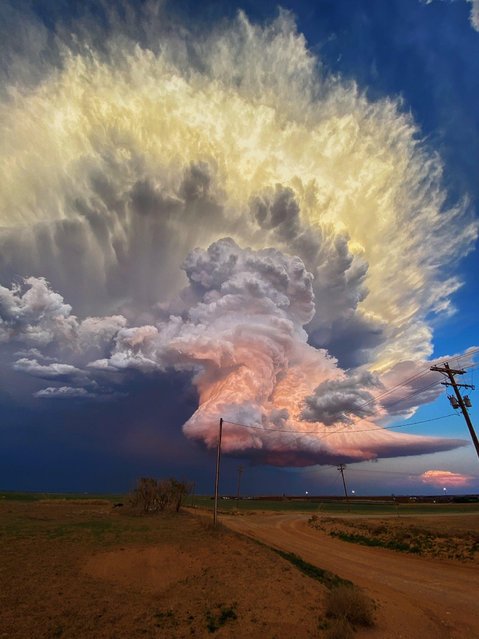 A remarkable image of a storm gathering over a sunset is captured in the open road between the cities of Earth and Littlefield in Texas in May 2021. (Photo by Laura Rowe/The Times) 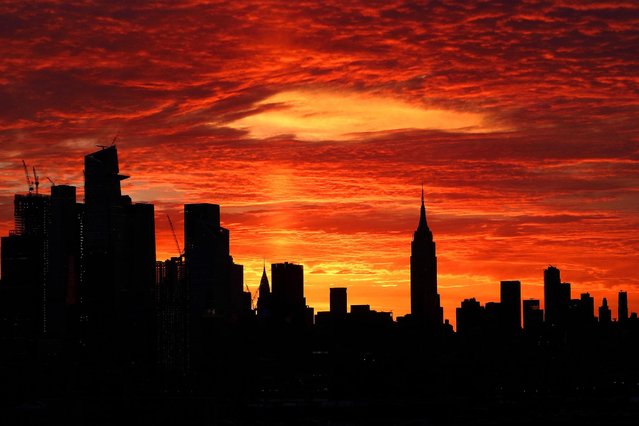 The sky turns orange over midtown Manhattan as the sun rises behind the Empire State Building and Hudson Yards in New York City on March 16, 2021 as seen from Union City, New Jersey. (Photo by Gary Hershorn/Getty Images) 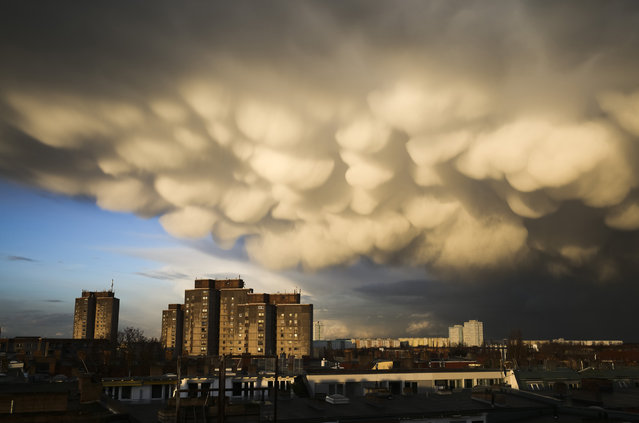 Clouds cover the sky over the Ernst-Taehlmann-Park housing estate after a thunderstorm in Berlin, Germany, Thursday, March 11, 2021. (Photo by Markus Schreiber/AP Photo) 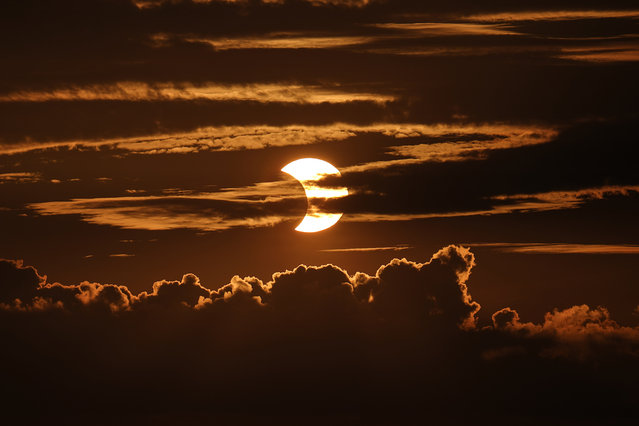 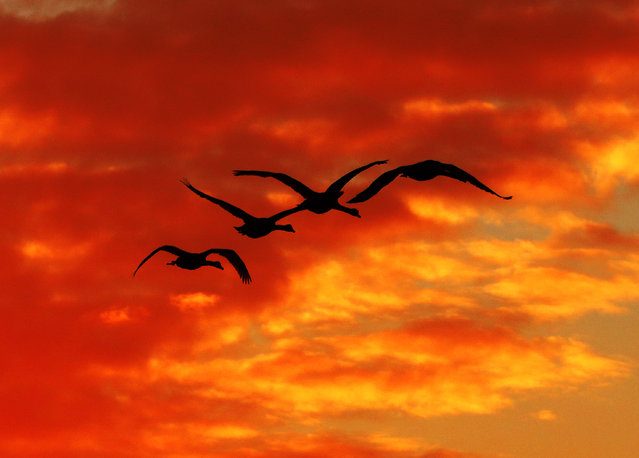 Farewell to autumn and the first day of winter with a morning flight of swans on the Danube near Novi Sad, Serbia on December 21, 2020. (Photo by Jaroslav Pap/Tanjug) 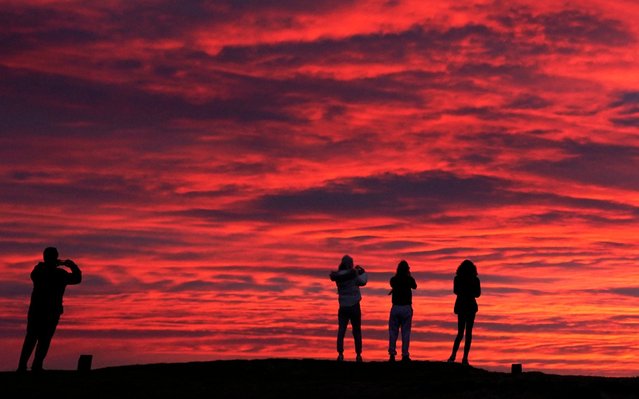 People are silhouetted against the stunning red sky at sunrise in Blyth, Northumberland on Tuesday February 23, 2021. (Photo by Owen Humphreys/PA Images via Getty Images) 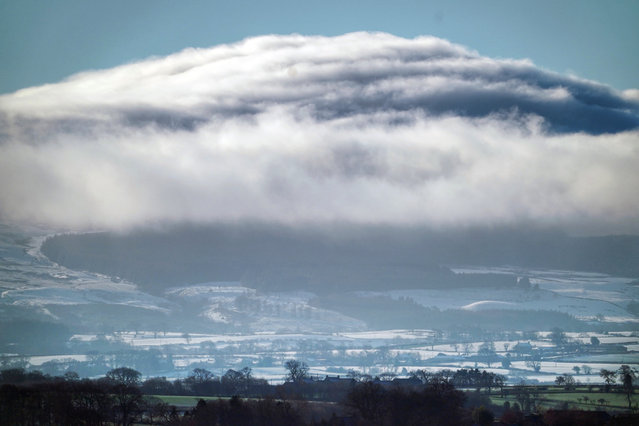 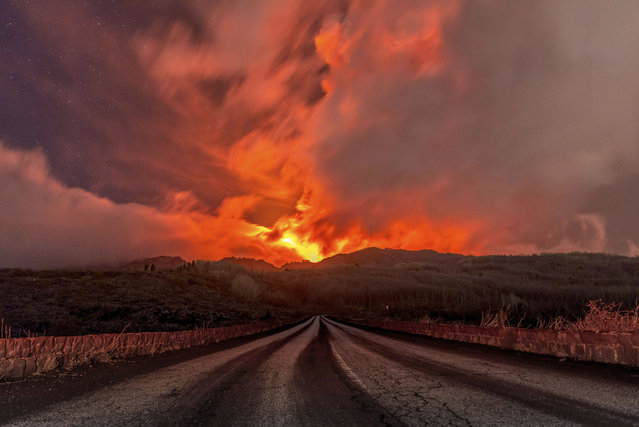