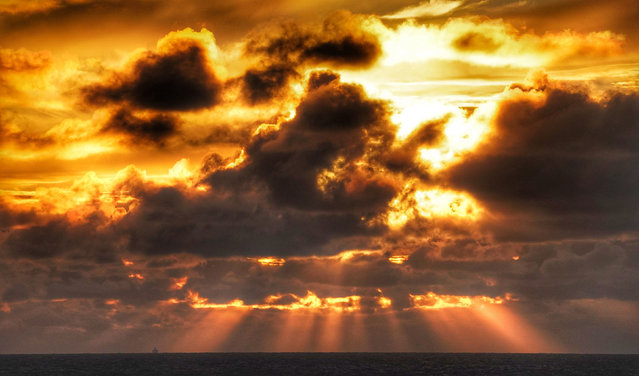 A North Sea ferry is just about visible under crepuscular rays and dark clouds off Whitley Bay, Tyne and Wear on November 24, 2018. (Photo by Owen Humphreys/PA Wire) 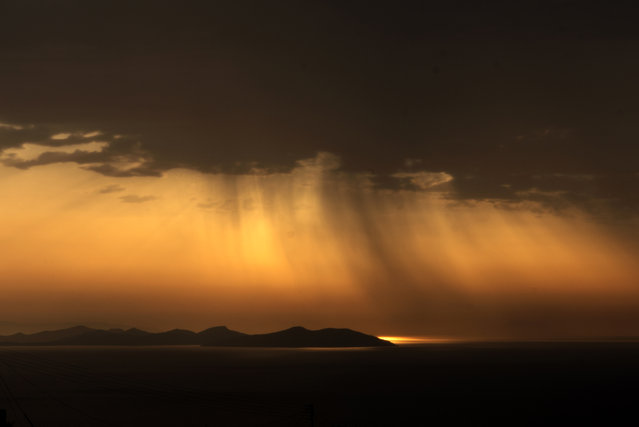 The sun rises behind a bank of cloud on the Greek island of Sifnos on October 4, 2018. (Photo by Louisa Gouliamaki/AFP Photo) 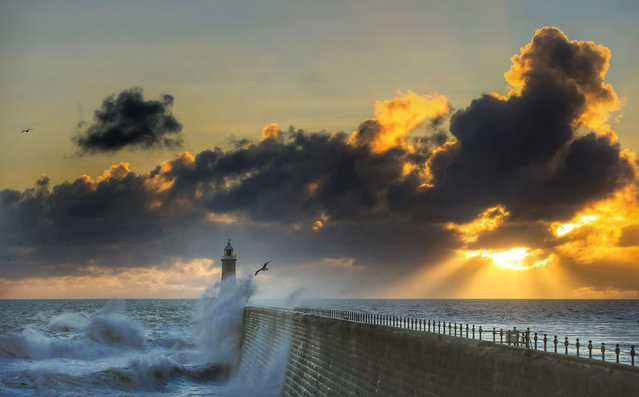 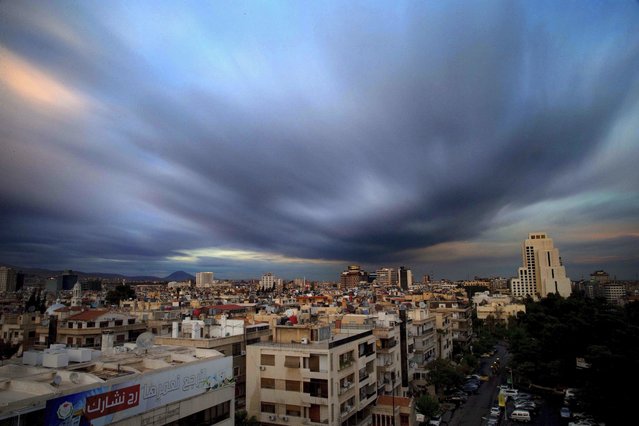 In this April 12, 2016 file picture taken with a slow shutter speed, clouds hover over the capital city of Damascus, Syria. A new Syrian law empowering the government to confiscate property is threatening to leave refugees stuck in Europe with no homes to return to. (Photo by Hassan Ammar/AP Photo) 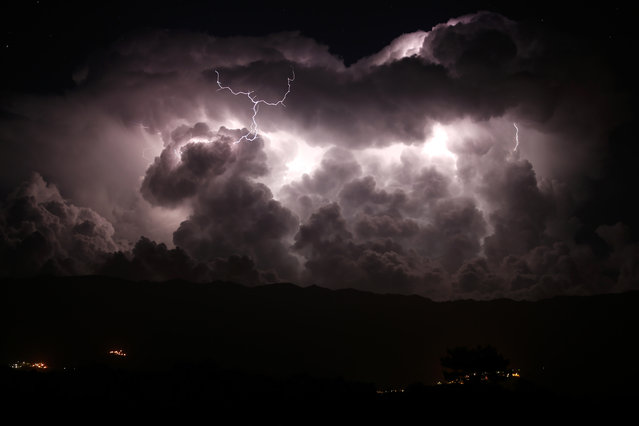 A long exposure photograph shows a lightning during a storm over the Taravo valley and the Petreto-Bicchisano village on August 15, 2018 on the French Mediterranean Island of Corsica. (Photo by Pascal Pochard-Casabianca/AFP Photo) 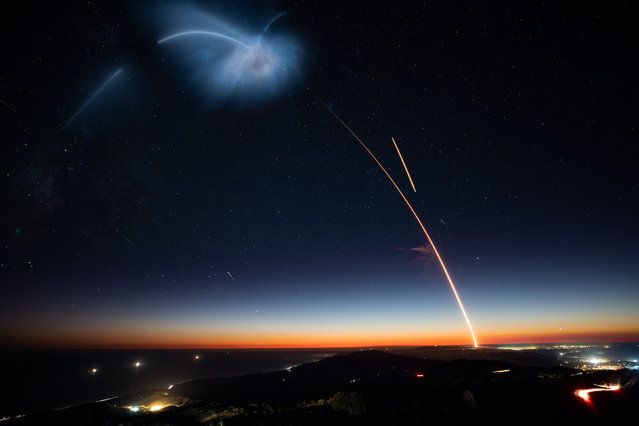 A SpaceX Falcon 9 rocket lights up the evening sky over Oceanside, California as it carries an Argentinian Earth-observing satellite into space after blasting off from Vandenberg Air Force Base, California, U.S., October 7, 2018. (Photo by UPI/Barcroft Images) 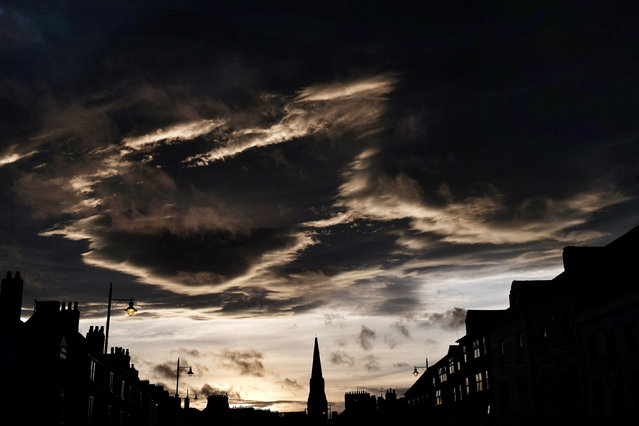 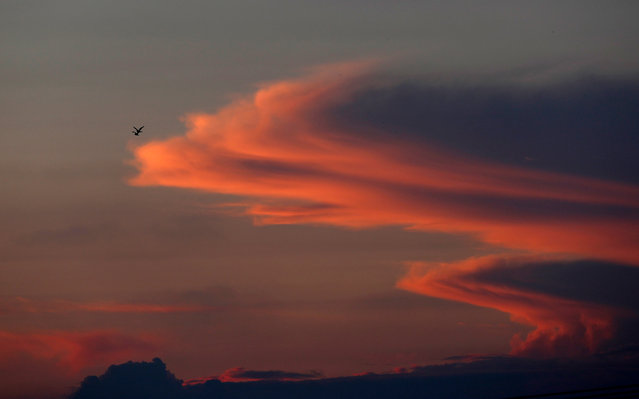 Birds fly during the sunset over the northern Gaza Strip town of Biet Hanon as seen for the Israeli city of Sderot, Israel, 13 November 2018. An alarm was sounded minutes before an Egyptian-brokered ceasefire goes into effect at 3:30 PM local time on 13 November 2018. (Photo by Atef Safadi/EPA/EFE) 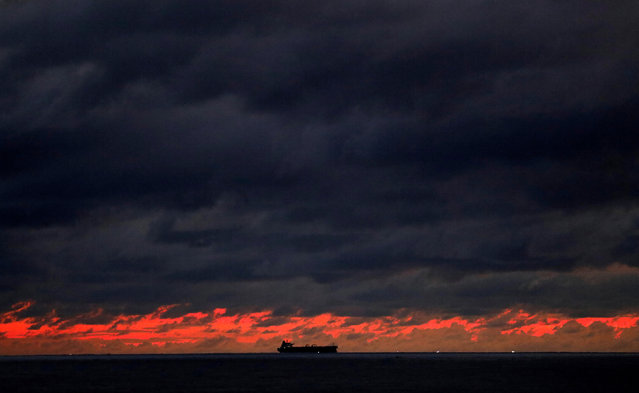 A ship sails towards Colombo main harbour as the rainy clouds gathered above the sunset are seen from Galle Dutch Fort in Galle, Sri Lanka November 7, 2018. (Photo by Dinuka Liyanawatte/Reuters) 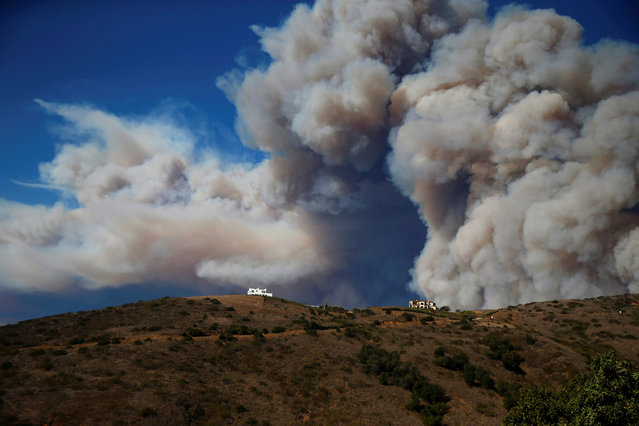 Smoke from a wildfire is seen in Calabasas, California, November 9, 2018. (Photo by Eric Thayer/Reuters) 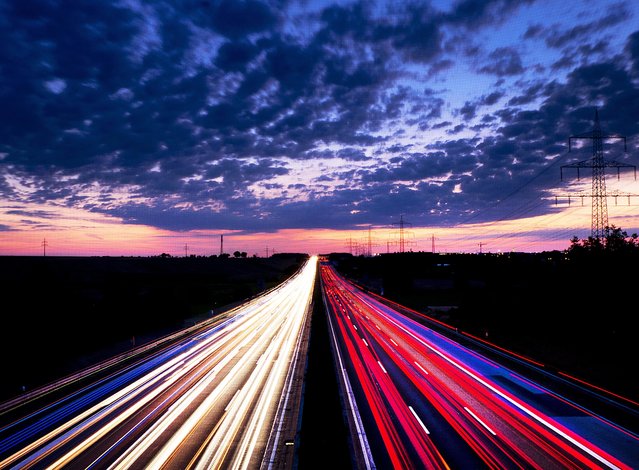 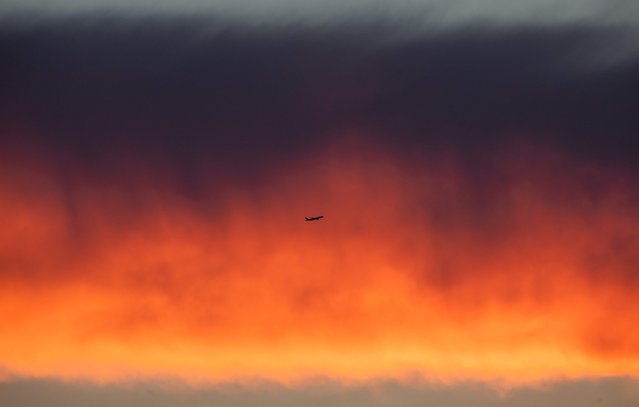 An airplane flies past a cloud band illuminated by the setting sun in Frankfurt am Main, western Germany, on August 09, 2018. (Photo by Frank Rumpenhorst/DPA via AFP Photo) 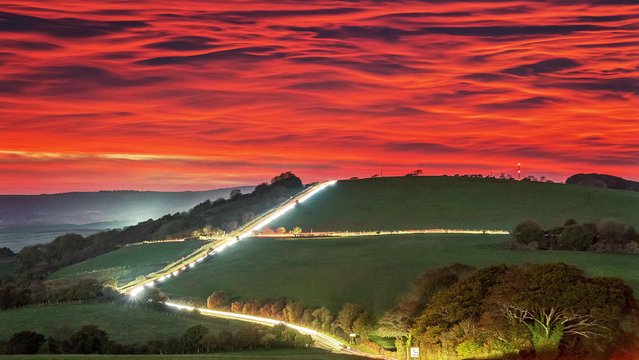 Clouds glow after sunset over Nunwell Down on the Isle of Wight, United Kingdom on November 2, 2018. The red sky may not herald good weather, with rain due this weekend. (Photo by IslandVisions/BNPS) 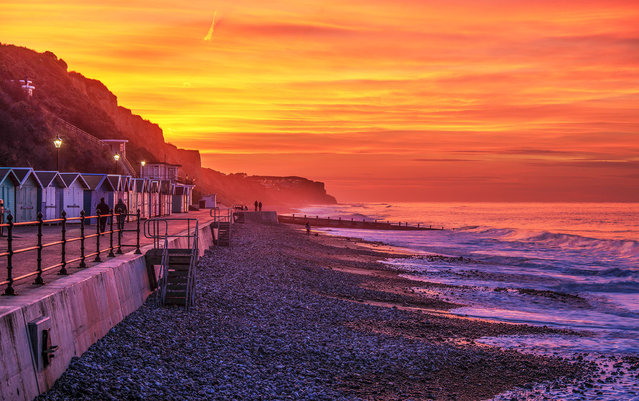 Picture dated September 25th, 2018 shows the sunset by Cromer beach in Norfolk on Tuesday evening. The Met Office forecast states that today early mist or fog in central/southern England and Wales will clear quickly to leave a sunny day, and warmer than yesterday. (Photo by Andrew Sharpe/Geoff Robinson Photography) 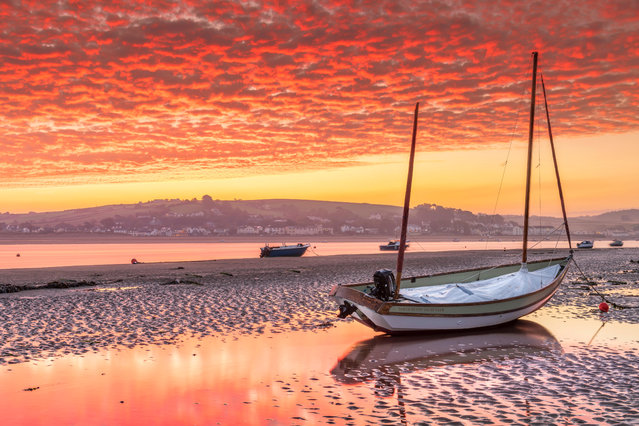 After a cold night the small North Devon villages of Appledore and Instow wake up to an amazing scene as the sun rises over the River Torridge estuary, Devon, UK on October 19, 2018. (Photo by Terry Mathews/Alamy Live News) 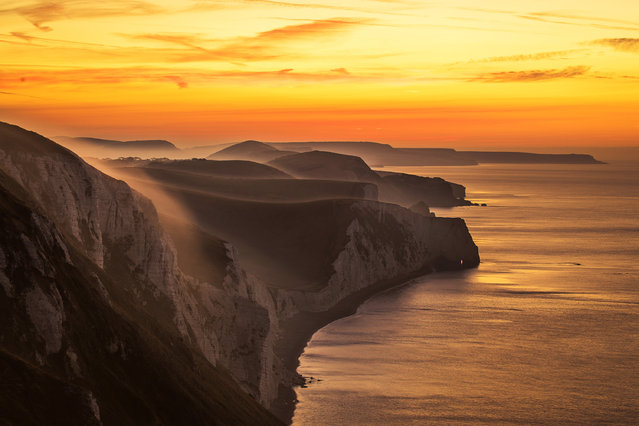