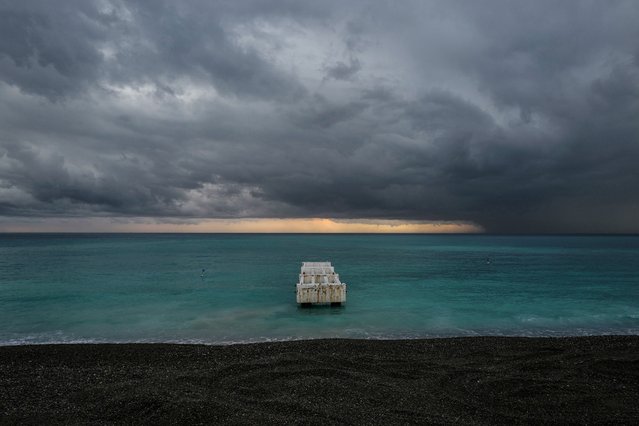 Clouds pass over the Mediterranean Sea during rain in the French Riviera city of Nice on November 7, 2019. (Photo by Valery Hache/AFP Photo) 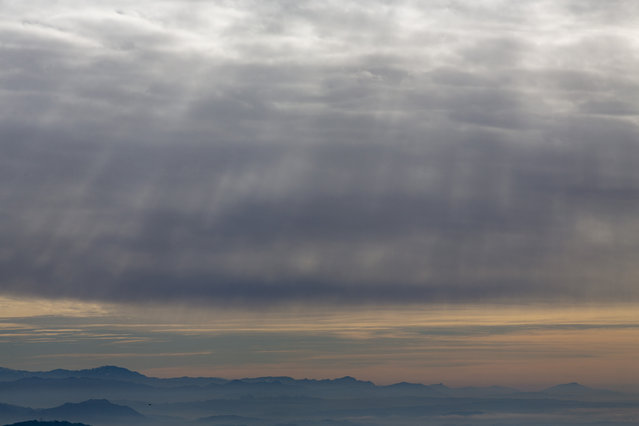 Sunlight filters in through a dense cover of clouds over the Kangra valley in Dharmsala, India, Wednesday, December 18, 2019. (Photo by Ashwini Bhatia/AP Photo) 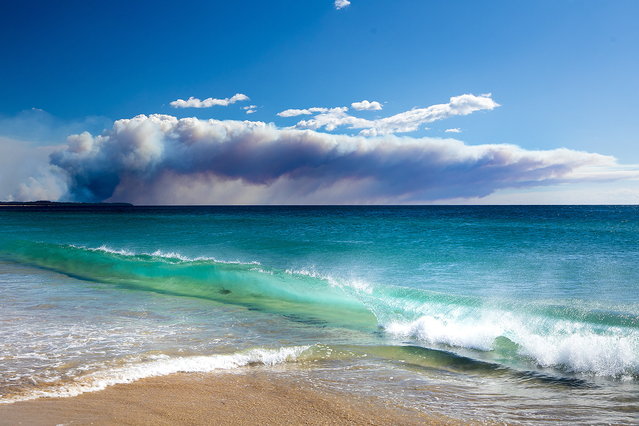 Smoke rises above the horizon near Tuncurry, New South Wales, Australia, 09 November 2019. Two people have been killed and seven others are msising due to bushfires in New South Wales, which have also destroyed at least 100 homes. (Photo by Shane Chalker/EPA/EFE) 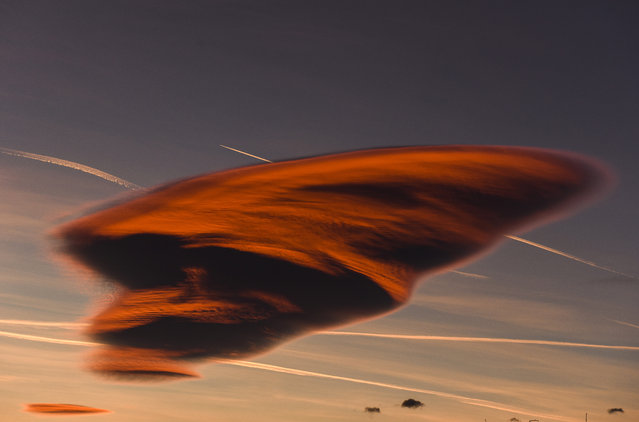 This photo taken on December 2, 2015 shows a lenticular cloud forming as white streaks from airplanes mark the blue sky, in a rare atmospheric phenomena above the town of Gevgelija on December 2, 2015. Lenticular clouds have been regularly confused for UFOs throughout history due to the their smooth, round or oval lens-shaped structure. (Photo by Armend Nimani/AFP Photo) 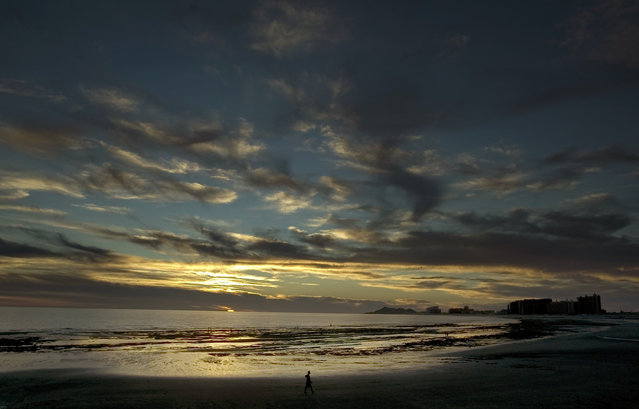 In this September 27, 2007, file photo, a man walks alone on the beach during sunset in Puerto Penasco, Mexico. An unusual string of violence south of Arizona's border with Mexico has sparked travel warnings by American authorities and is forcing U.S. citizens who say they won't stop crossing into Mexico to at least consider how to travel more safely. (Photo by Guillermo Arias/AP Photo/File) 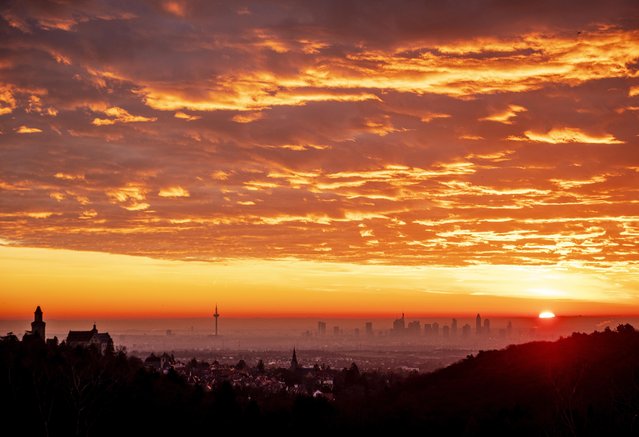 Colorful clouds are seen over the city of Kronberg and the bank buildings in Frankfurt, Germany, as the sun rises Friday, December 20, 2019. (Photo by Michael Probst/AP Photo) 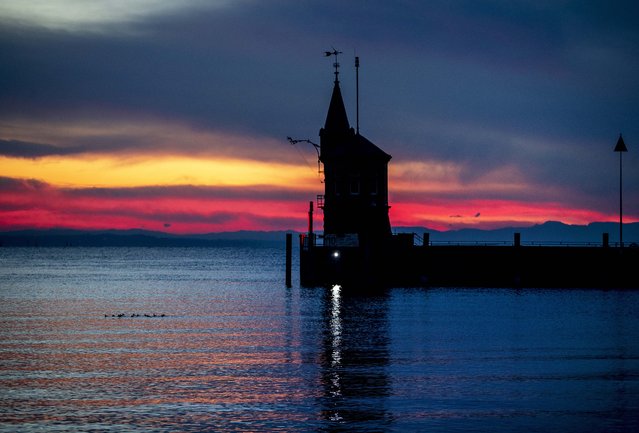 A small tower marks the entrance of the harbor of Constance, Germany, before sunrise Friday, November 15, 2019. (Photo by Michael Probst/AP Photo) 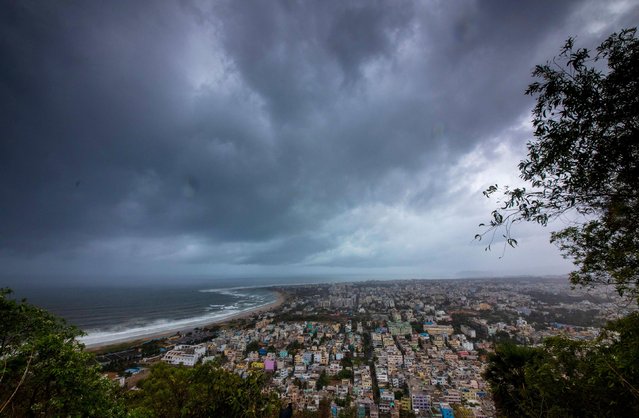 Clouds loom ahead of cyclone Fani in Visakhapatnam, India, May 1, 2019. (Photo by Reuters/Stringer) 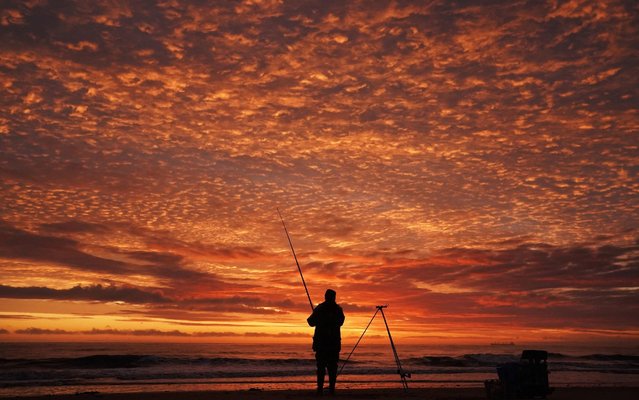 A fisherman on Whitley Bay beach in Northumberland, England at sunrise, October 5, 2019. (Photo by Owen Humphreys/PA Images via Getty Images) 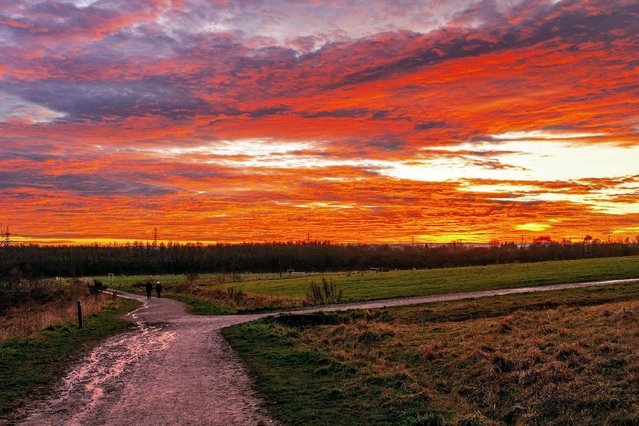 Rabbit Ings Country Park in Royston, near Barnsley, England was cast in an orange glow from clouds as the sun set yesterday, December 29, 2019. (Photo by Paul Biggins/Alamy Live News) 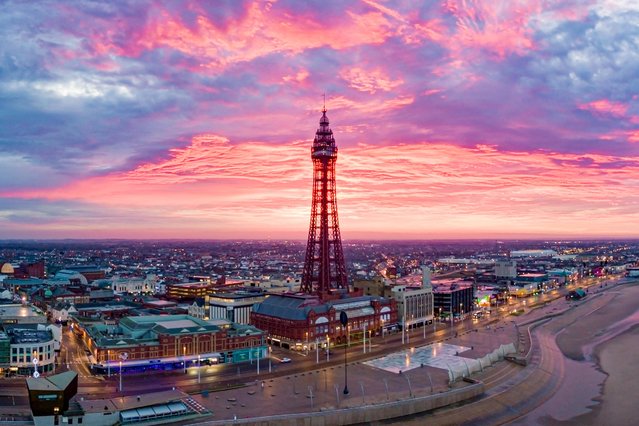 A stunning sunrise over Blackpool, England on December 30, 2019 heralded a mild and largely dry end to the year, though there is a chance of rain farther north. (Photo by Stephen Cheatley/BAV MEDIA) 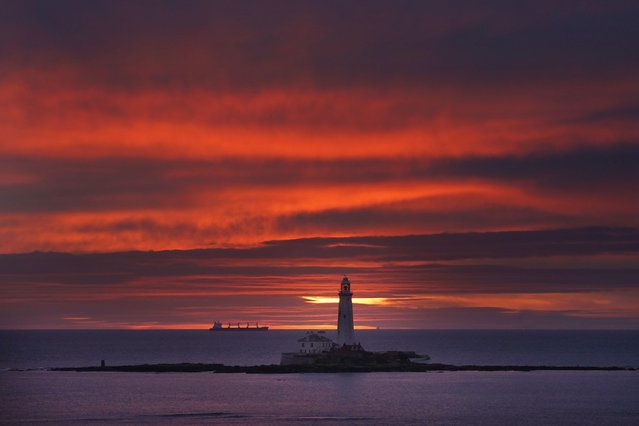 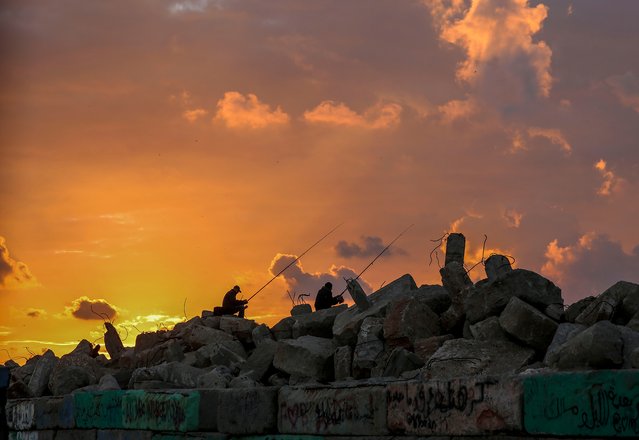 Palestinians fish along the sea during sunset in Gaza City on December 1, 2018. (Photo by Mohammed Saber/EPA/EFE/Rex Features/Shutterstock) 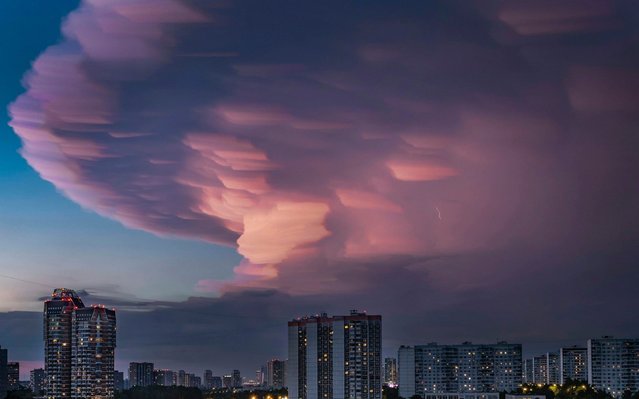 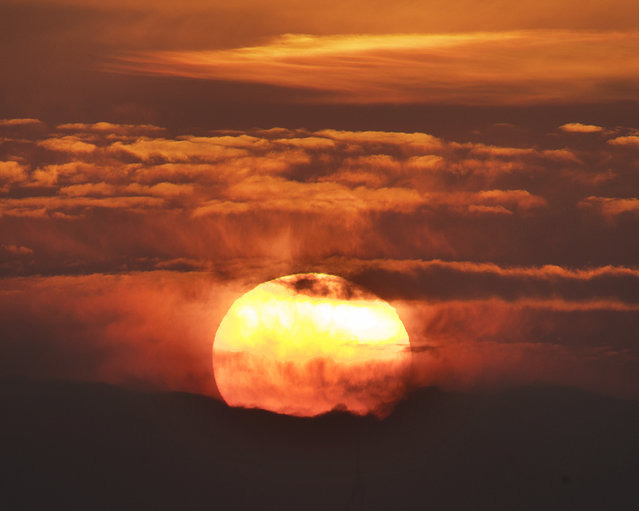 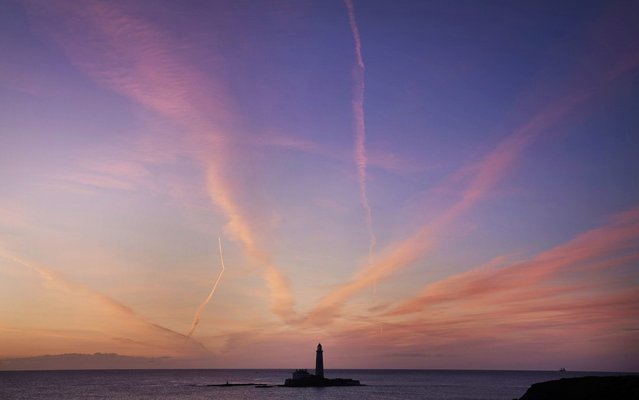 Stunning clouds at St Mary's Lighthouse in Whitley Bay on the North East coast of England before sunrise on September 17, 2019. (Photo by Owen Humphreys/PA Images via Getty Images) 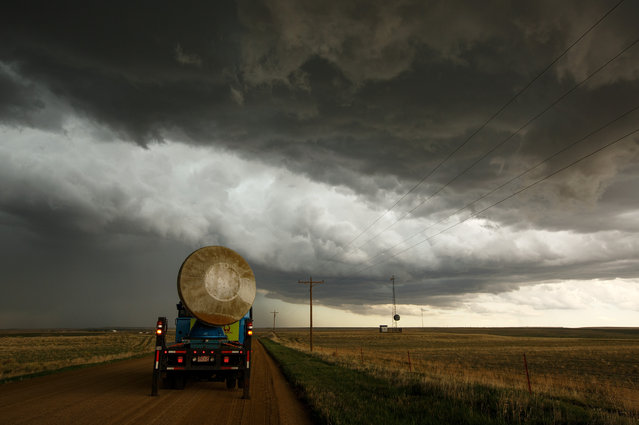 The Doppler on Wheels (DOW) vehicle scans a supercell thunderstorm during a tornado research mission, May 8, 2017 in Elbert County near Agate, Colorado. Doppler on Wheels (DOW) is a mobile doppler radar mounted on a truck that brings instruments directly into storms, allowing scientists to scan storms and tornadoes and make 3-D maps of wind and debris. With funding from the National Science Foundation and other government grants, scientists and meteorologists from the Center for Severe Weather Research try to get close to supercell storms and tornadoes trying to better understand tornado structure and strength, how low-level winds affect and damage buildings, and to learn more about tornado formation and prediction. (Photo by Drew Angerer/Getty Images)
Edit Del
31 Dec 2019 00:03:00, post received 0 comments
Publication archive:
←   →
Popular tags:
All tags
Last searches: