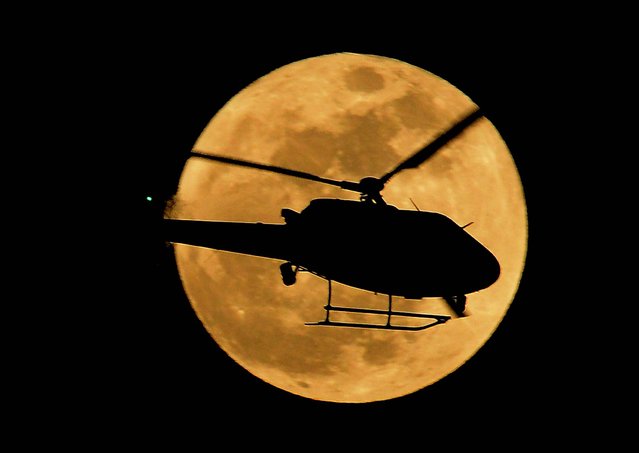 LAPD chopper flies in a foregraund of the Super Moon in Los Angeles, California on May 05, 2012. Tonight's moon is set to appear 14 percent larger and 30 percent brighter from our perspective on Earth. The Supermoon lines up much closely with perigee – the moon's closest point to Earth. The 2012 May full moon falls some six minutes after perigee, the moon's closest point to Earth for this month. At perigee, the moon lies only 221,802 miles (356,955 kilometers ) away. Later this month, on May 19, the moon will swing out to apogee – its farthest point for the month – at 252,555 miles (406,448 kilometers) distant. (Photo by AFP/File, Joe Klamar) 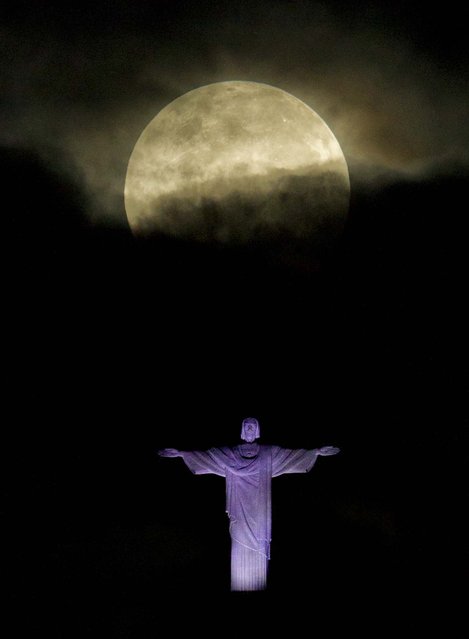 The Supermoon – the moon made its closest approach of the year to Earth – appears above the Christ the Redeemer statue in Rio de Janeiro on May 6, 2012. (Photo by Victor R. Caivano/Associated Press) 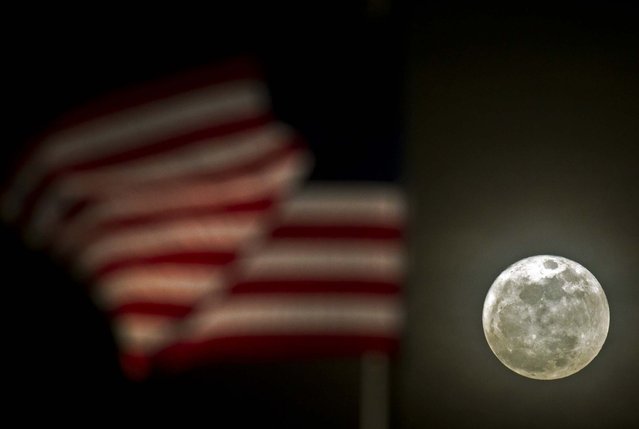 A flag blows in the wind as the moon rises in Brookfield, Wisconsin. (Photo by Morry Gash/Associated Press) 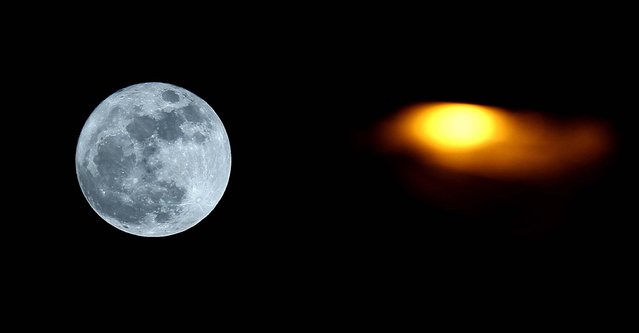 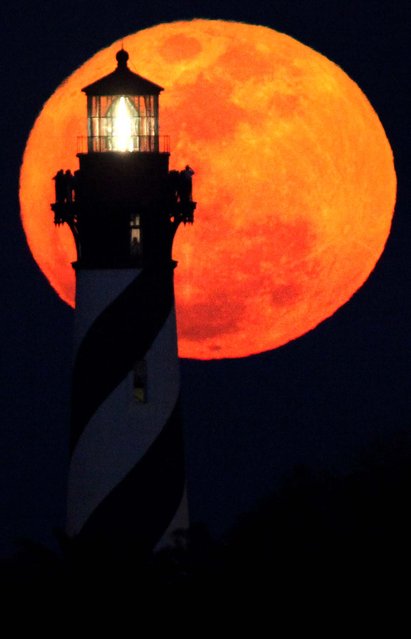 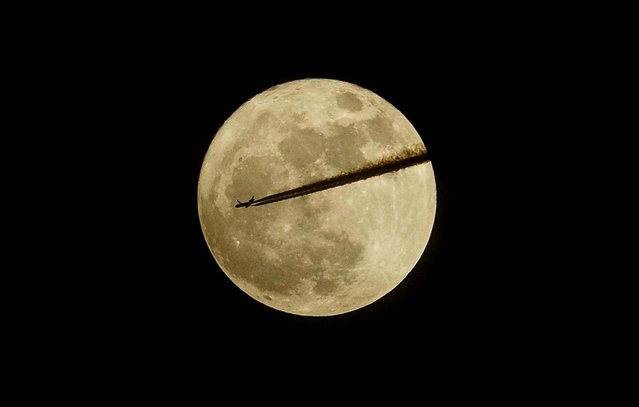 A plane flies past the moon as seen from Somerset in southern England. (Photo by Ben Birchall/Press Association/Associated Press) 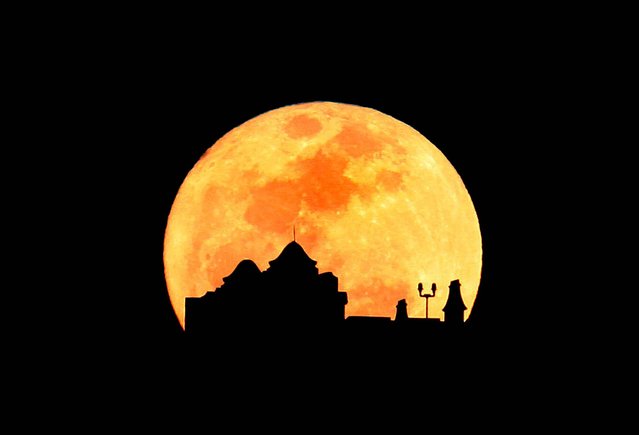 The moon rises behind Century Tower at the University of Florida, as seen from Ben Hill Griffin Stadium in Gainesville. (Photo by Matt Stamey/The Gainesville Sun/Associated Press) 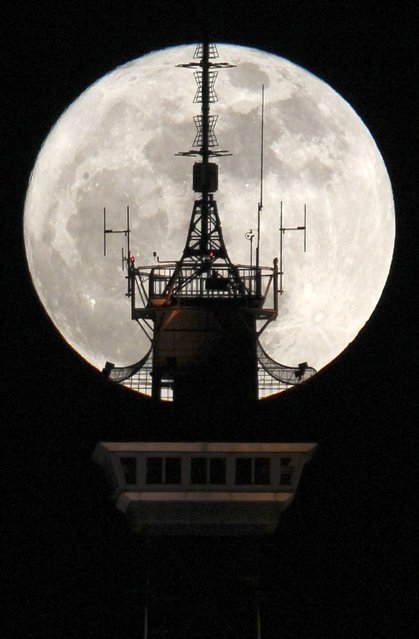 The moon is seen behind the top of the radio and television tower “Funkturm” in Berlin March 19, 2011. Saturday will see the rise of a full moon called a “Super Moon” when it arrives at its closest point to the Earth in 2011, a distance of 221,565 miles or 356,575 km away. (Photo by Reuters/Fabrizio Bensch) 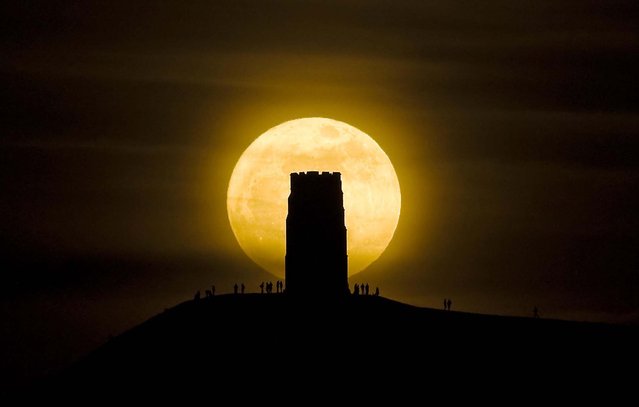 People stand beside St. Michael's Tower on Glastonbury Tor hill in England, watching the moon as it progresses across the sky at its closest point to the Earth in almost two decades. (Photo by Ben Birchall/Press Association/Associated Press)
Edit Del
08 May 2012 10:54:00, post received 0 comments
Publication archive:
←   →
Popular tags:
All tags
Last searches: