Charming Trip around the World without Leaving Sofa 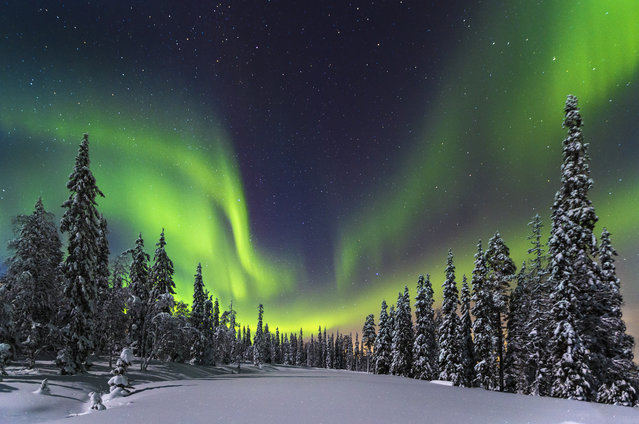 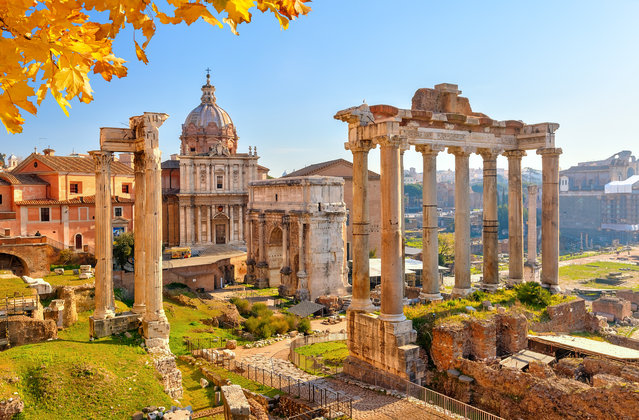 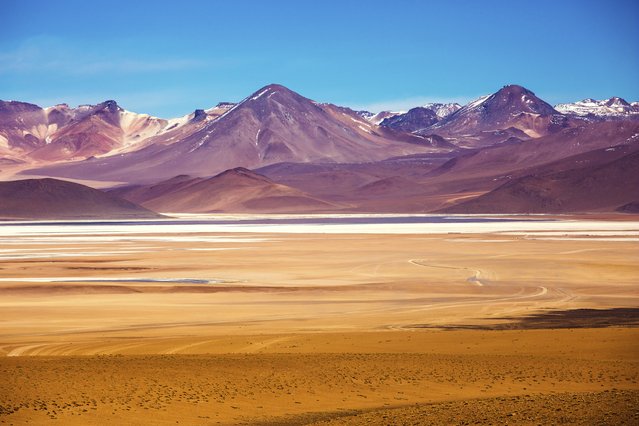 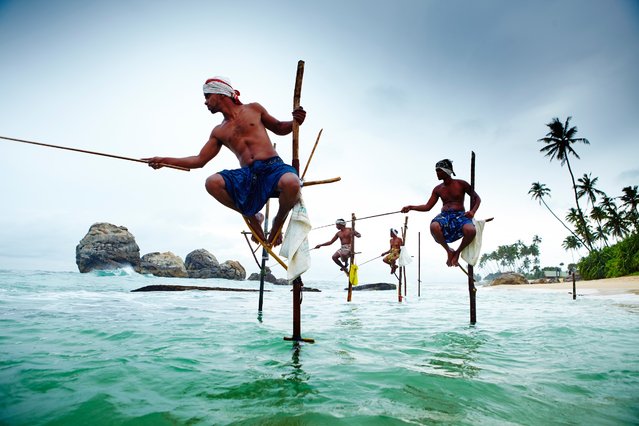 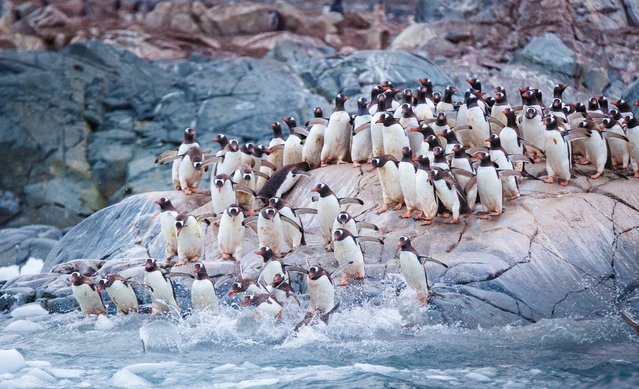 A colony of gentoo penguins prepare to launch themselves into the Antarctic ocean from Cuverville Island, Antarctica. (Photo by David Merron/500px) 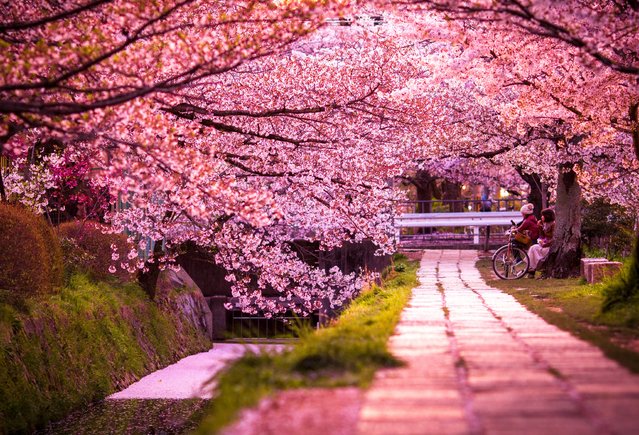 A cyclist and her friend stare in awe at the gloriously vivid pink blossoms, which line Japan’s sacred Philosopher’s Path in Kyoto. (Photo by Ark Tui/500px) 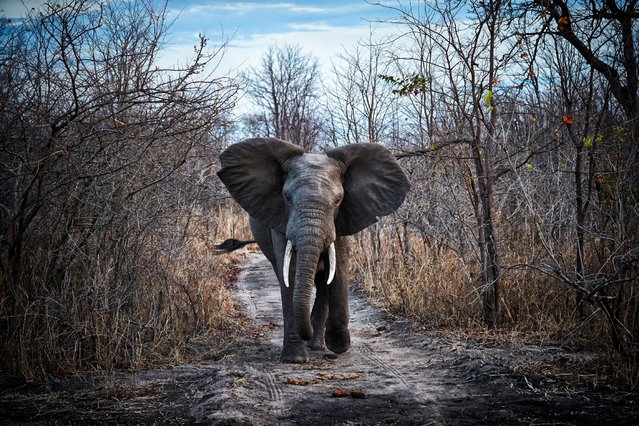 A young elephant swings his trunk and tail as he wanders alone down a forest trail in Malawi. (Photo by Jonathan Gregson/Lonely Planet) 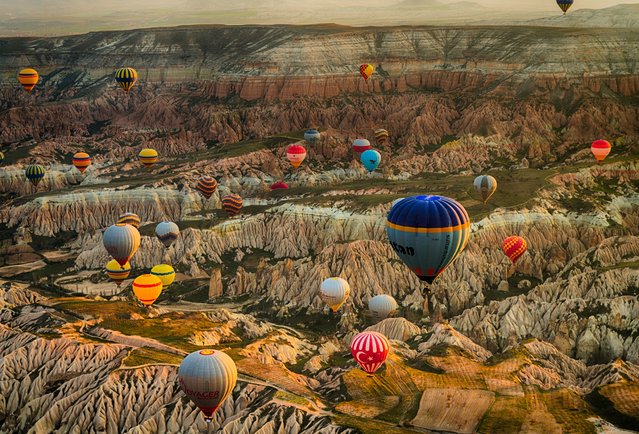 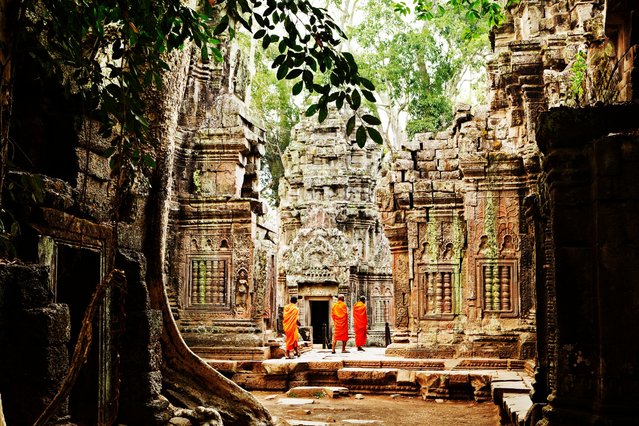 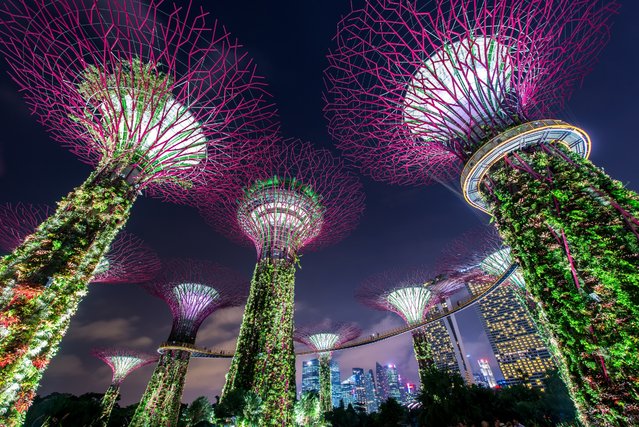 Awe-inspiring vertical gardens illuminate the night sky at the Supertree Grove in Singapore. (Photo by BigBoom/Shutterstock) 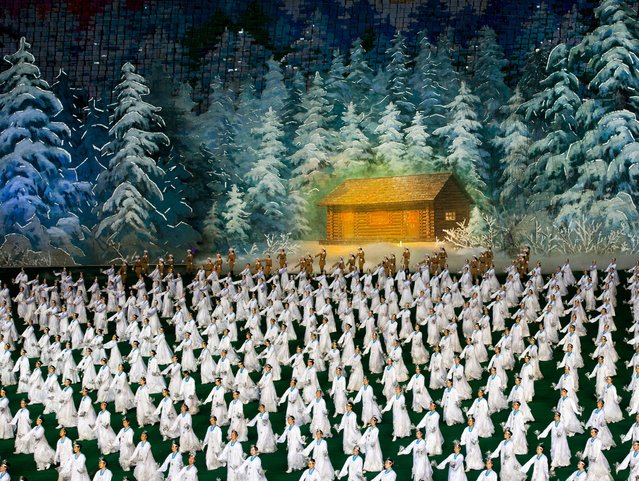 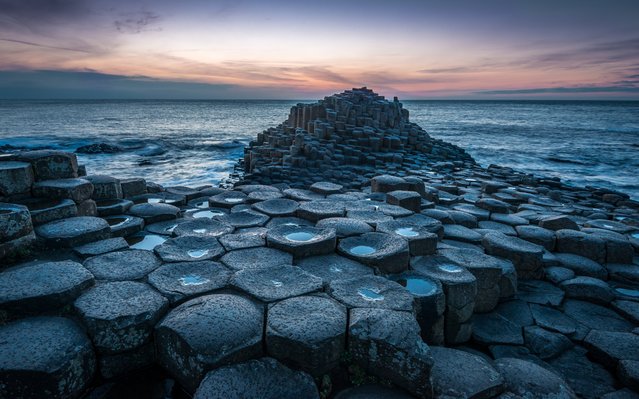 The basalt columns and mood grey sea located at Belfast’s Giants Causeway looks like a set from Game of Thrones. (Photo by Greg Sinclair/500px) 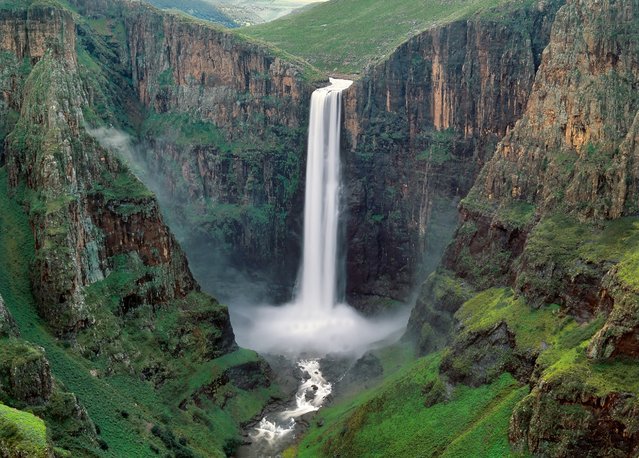 The Maletsunyane Falls is a 192-metre high waterfall located in the Southern African country Lesotho. (Photo by Leksele/Shutterstock) 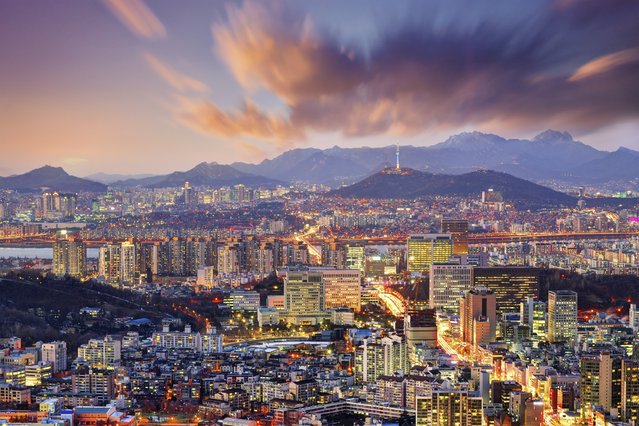 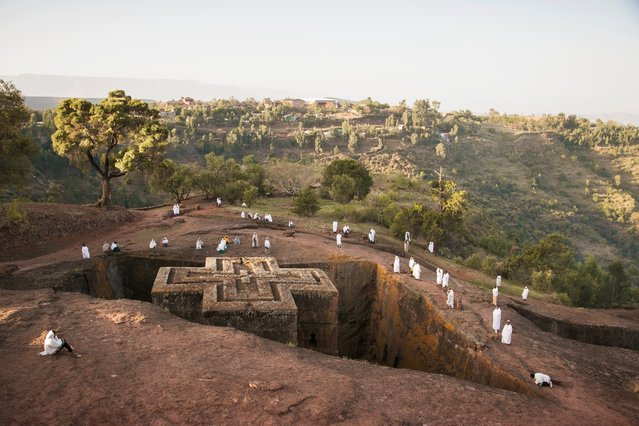 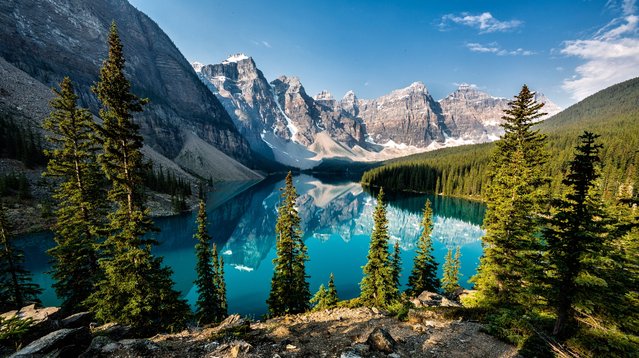 The calm lakes of the Rocky Mountains in Alberta, Canada, are famed for their strikingly clear blue waters. (Photo by Ron Caimano/500px) 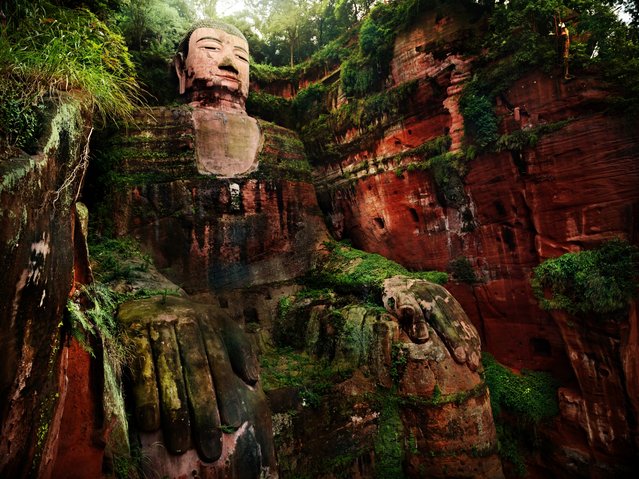 The Leshan Giant Buddha, a 71-metre tall stone statue, is carved out of a cliff face in the southern part of Sichuan province in China. (Photo by Suchet Suwanmongkol/500px) 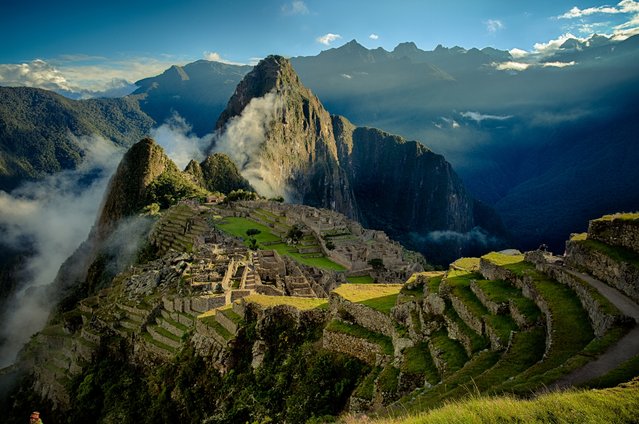 The ancient ruins in Machu Picchu, an Incan citadel in Peru, are illuminated by the morning sun. (Photo by Bérenger Zyla/500px) 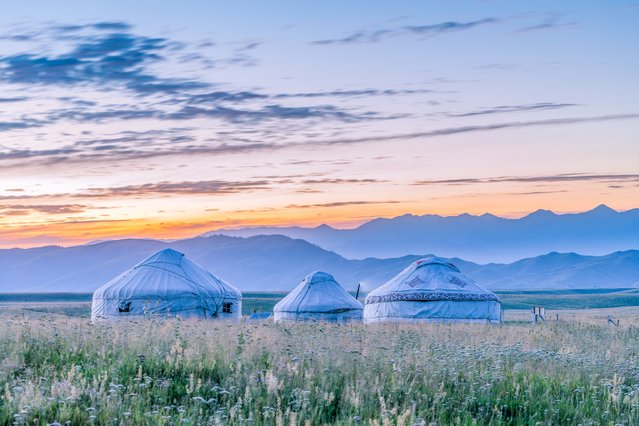