Disgusting Afghan Dog Fighting
“Dog fighting is a form of blood sport in which game dogs are made to fight, sometimes to the death. It is illegal in most developed countries. Dog fighting is used for entertainment and may also generate revenue from stud fees, admission fees and gambling.

Dog fighting is a blood sport that has been practised for centuries around the world. Blood sports involving the baiting of animals has occurred since antiquity, most famously at the Colosseum in Rome during the reign of the Roman Empire. For over six hundred years the pastime flourished, reaching the peak of its popularity during the 16th century. The various animal types involved in the bait allowed for the breed specialization and basic anatomical forms of fighting dogs, which we see today.

Accounts of dog fighting in China date back to 240 A.D.. Dog fighting has been documented in the recorded history of many different cultures, and is presumed to have existed since the initial domestication of the species. Many breeds have been bred specifically for the strength, attitude, and physical features that would make them better fighting dogs.

Scholars speculate that large-scale human migration, development of trade, and gifts between royal courts of valuable fighting dogs facilitated the spread of fighting dog breeds. There are many accounts of military campaigns which used fighting dogs, as well as royal gifts in the form of large dogs.

Dog fighting has been popular in many countries throughout history and continues to be practised both legally and illegally around the world. 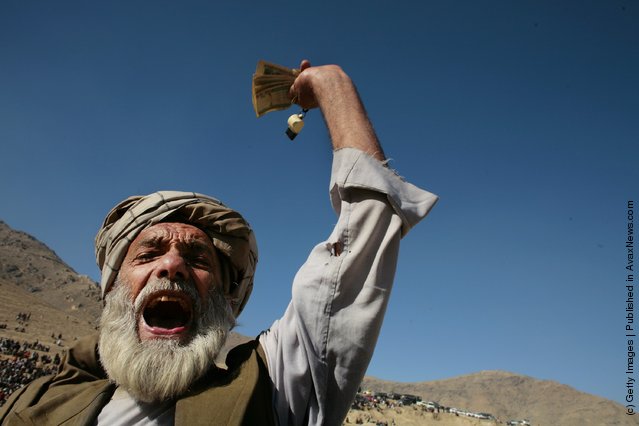 An Afghan referee yells out the results of an Afghan dog fight November 24, 2006 in Kabul, Afghanistan. While the Afghan government is trying to ban the violent use of dogs for fighting, the unofficial sport remains a regular weekly event. Afghan dog fighting is popular among Afghan men who gamble on the dogs making upwards of 15,000 Afghanie (300 USD). (Photo by Paula Bronstein/Getty Images) 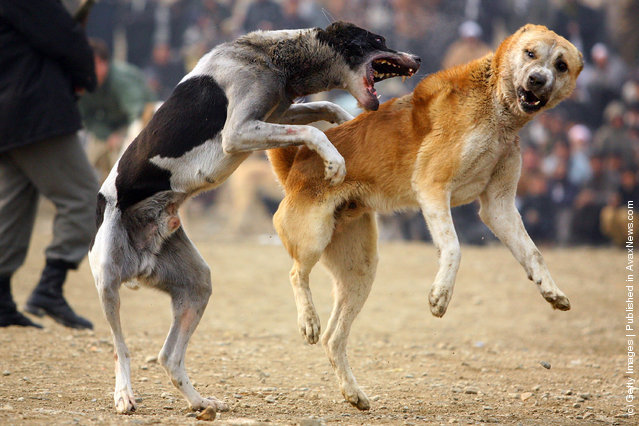 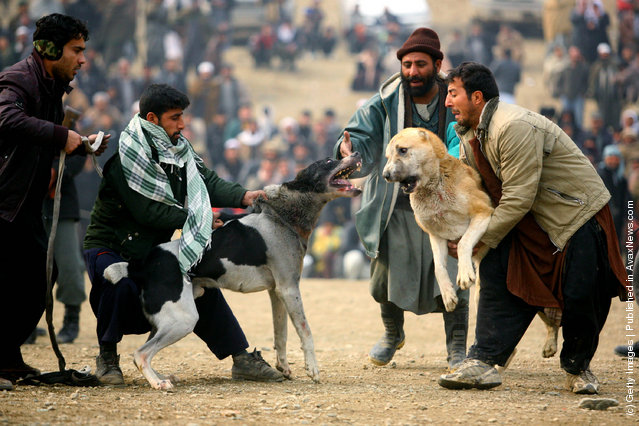 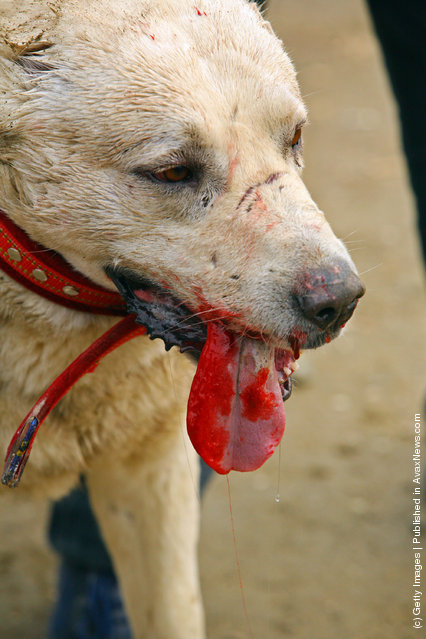 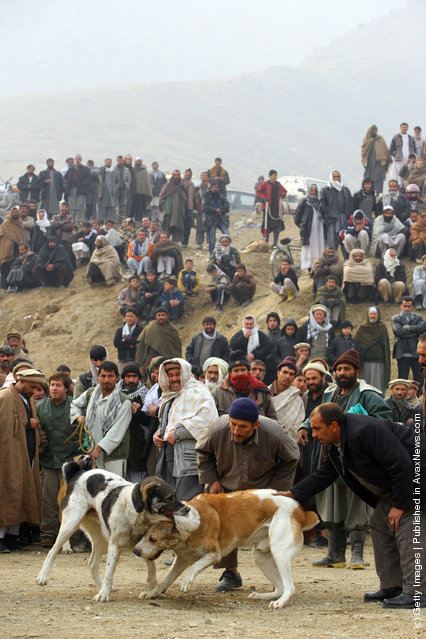 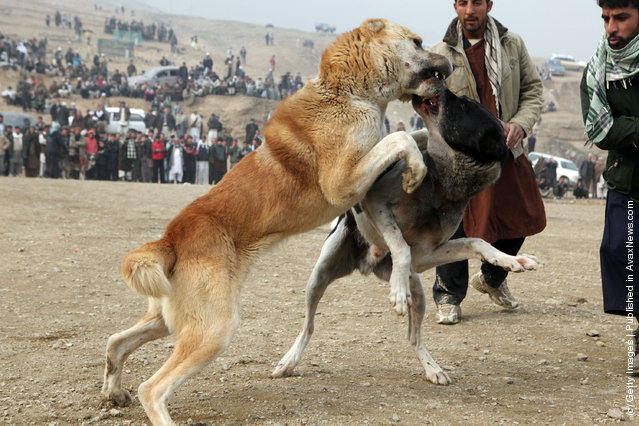 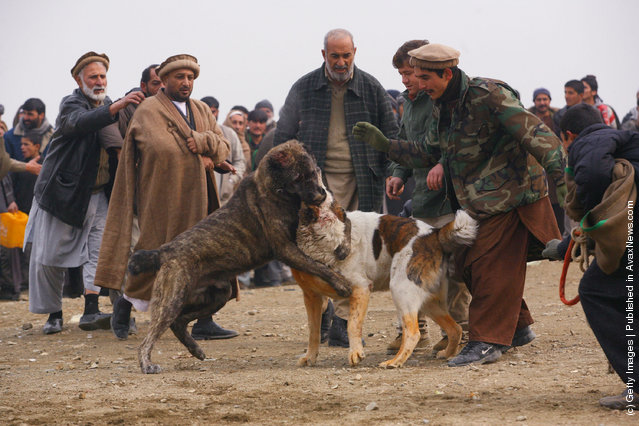 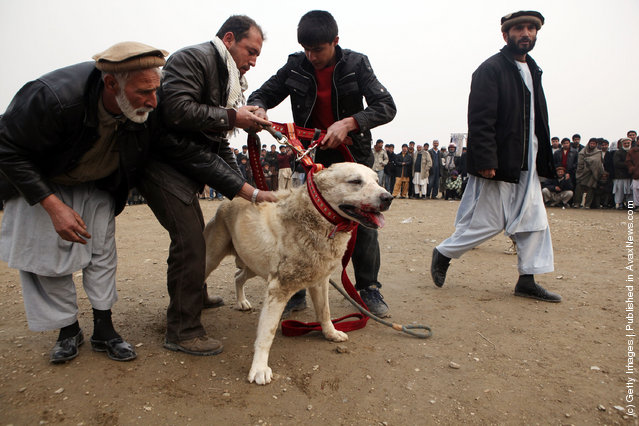 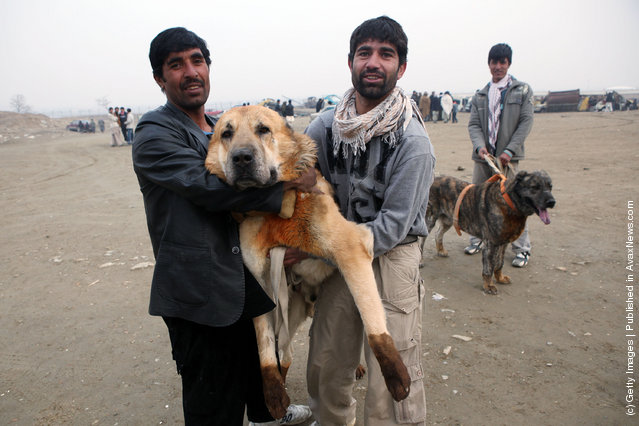 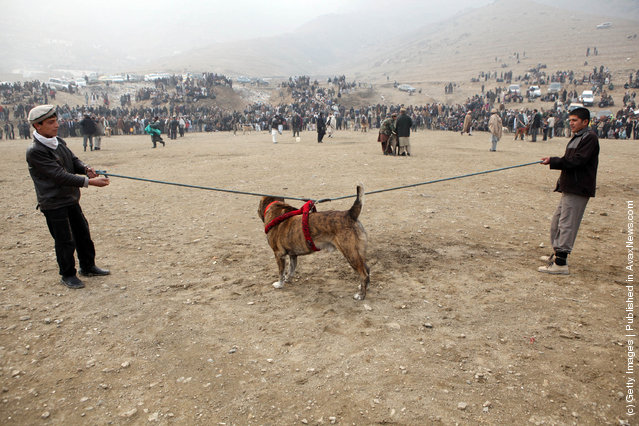 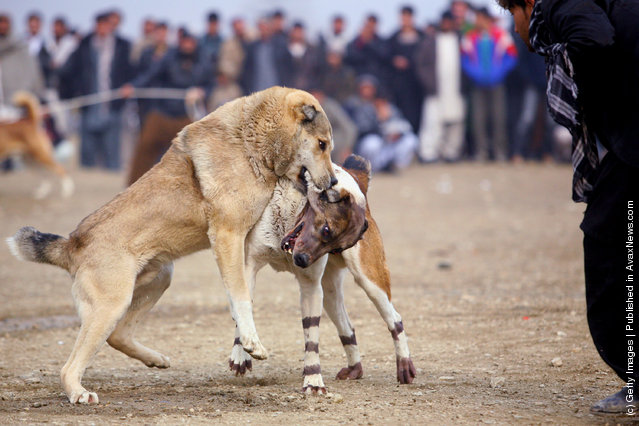 Afghan spectators watch as two fighting dogs attack each other during the weekly dog fights on December 11, 2009 in Kabul, Afghanistan. Dogfighting is facing a resurgence after it was banned under the Taliban for being un-Islamic. (Photo by Majid Saeedi/Getty Images) 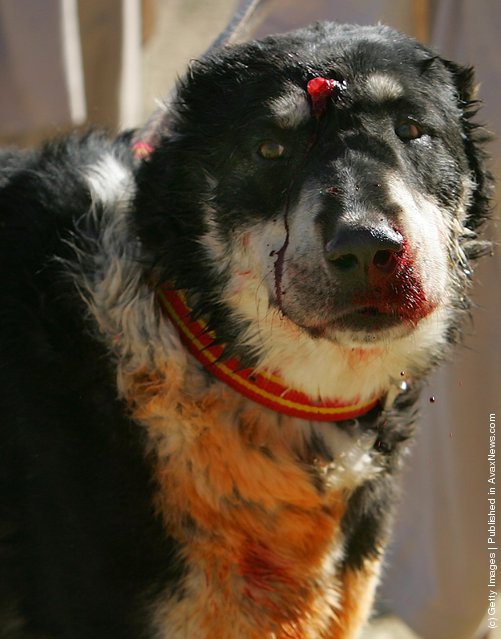 A bloody Afghan dog is bleeding with many wounds after he lost a dog fight November 24, 2006 in Kabul, Afghanistan. (Photo by Paula Bronstein/Getty Images) 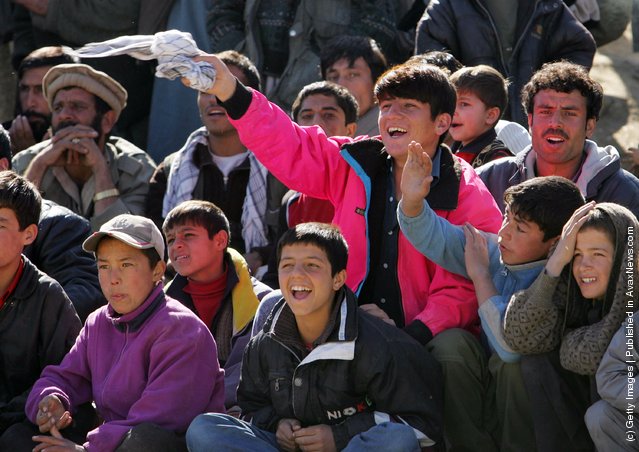