Some in the crowd stomped and spit on the bodies. A sixth corpse was tied to a motorcycle and dragged through the streets as people screamed, “Spy! Spy!”

The Hamas military wing, Izzedine al-Qassam, claimed responsibility in a large handwritten note attached to a nearby electricity pole. Hamas said the six were killed because they gave Israel information about fighters and rocket launching sites.

The killing came on the seventh day of an Israeli military offensive that has killed more than 120 Palestinians, both militants and civilians. Israel has launched hundreds of airstrikes, targeting rocket launching sites, weapons caches and homes of Hamas activists, as Palestinians fired hundreds of rockets at Israel.

In selecting its targets for airstrikes, Israel relies on unmanned spy planes, or drones, but also on a network of Palestinian collaborators who feed information to their handlers from Israel's domestic Shin Bet security service.

Photos: Palestinian gunmen ride motorcycles as they drag the body of a man, who was suspected of working for Israel, in Gaza City November 20, 2012. Palestinian gunmen shot dead six alleged collaborators in the Gaza Strip who “were caught red-handed”, according to a security source quoted by the Hamas Aqsa radio on Tuesday. (Photos by Tyler Hicks/Suhaib Salem/Reuters/The New York Times) 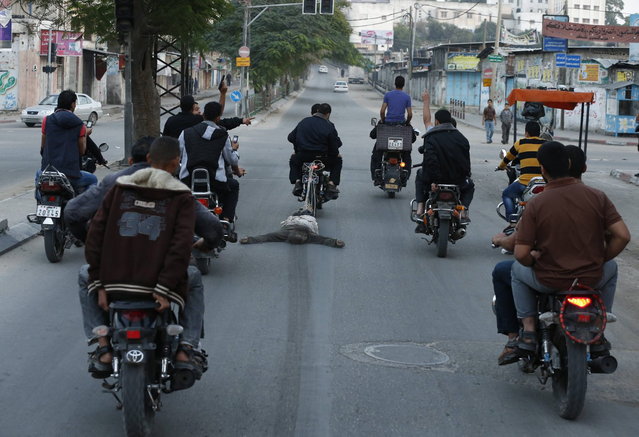 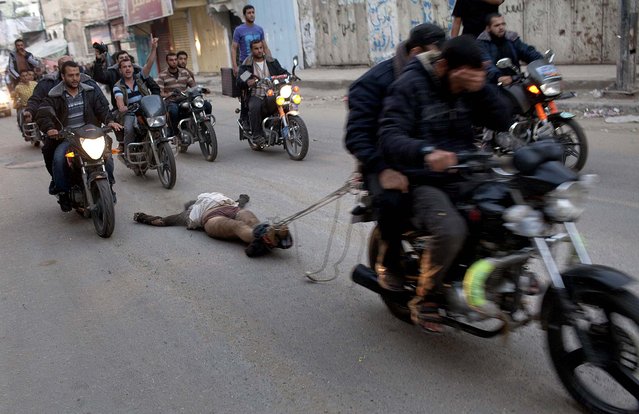 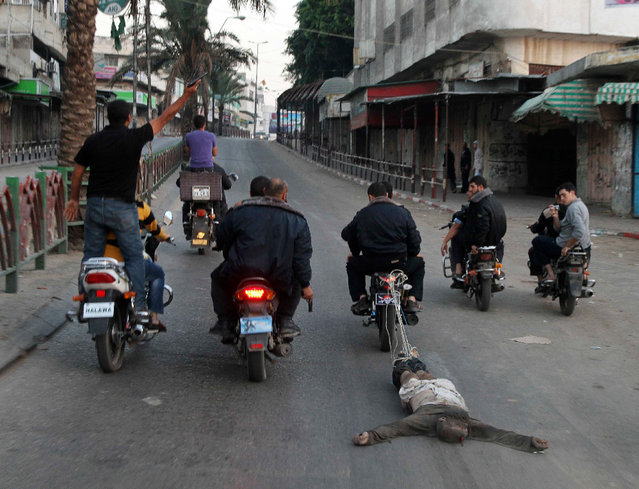 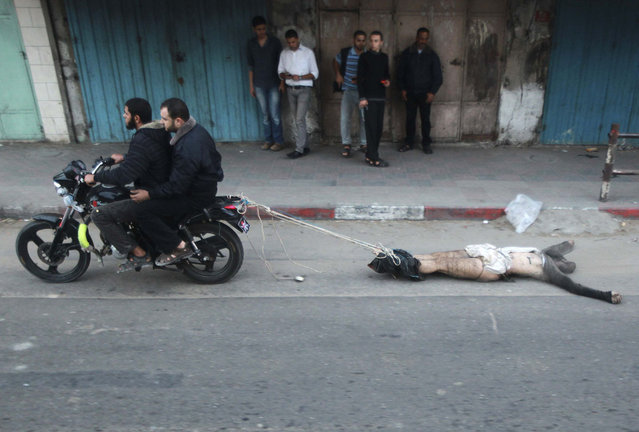 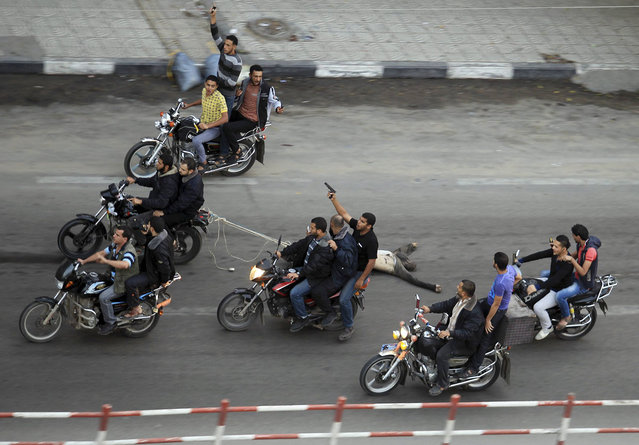