Educative Atomic Annie
“A fter the former Soviet Union conducted its first nuclear test in August 1949, the US reevaluated its postwar defense policies. With the US monopoly on atomic weapons broken, military and political leaders chose to diversify the American stockpile by developing thermonuclear and tactical nuclear weapons. One of the more interesting concepts to come out of this period was atomic artillery, which was successfully tested at the Nevada Proving Grounds (now the Nevada Test Site) in May 1953. 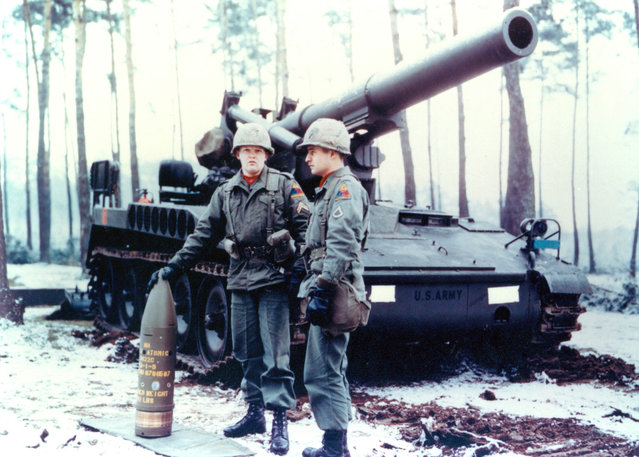 An 8-inch Howitzer Artillery Fired Atomic Projectile along side two U.S. Army soldiers with a tank in the background. (Photo by Los Alamos National Laboratory/US Army)

During World War II, the Soviet Union employed hundreds of thousands of soldiers in massive operations designed to bludgeon enemy defensive positions. This emphasis on overwhelming numbers remained a central component of postwar Soviet military strategy. In response, the US developed a reliance on superior technology and firepower, which came to include atomic artillery. A cannon capable of firing an atomic projectile was deemed desirable for several reasons, including pinpoint accuracy that could not be achieved by bombers. Also, deployed artillery afforded field officers the opportunity to respond to enemy attacks as they developed. The cannons could operate during inclement weather and, army leaders argued, in theaters where the enemy had gained air superiority. Such a weapon appeared useful, but many scientists wondered if it was technologically feasible. 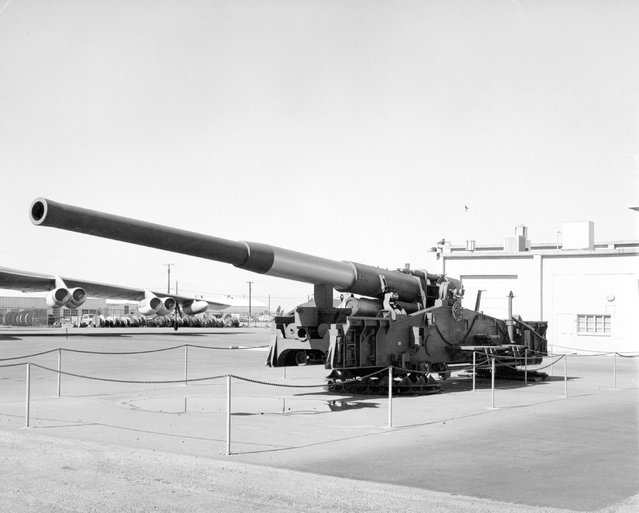 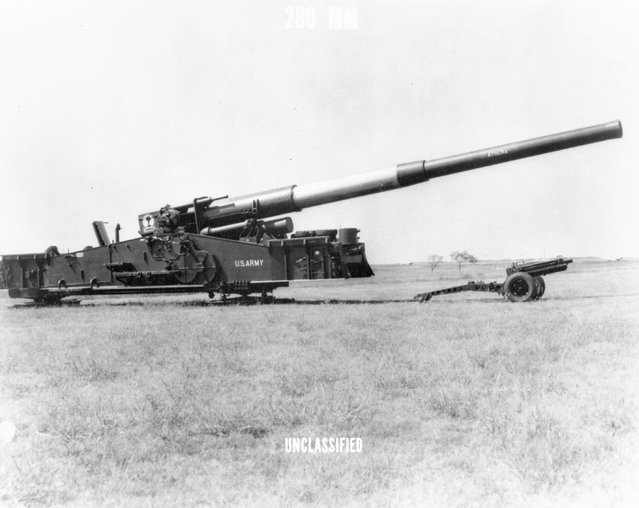 Because existing nuclear weapons systems were large and very heavy, the first challenge was to design a warhead that could fit in an artillery shell casing but robust enough to survive the launch environment. To do this, designers chose to scale down a standard gun-type weapon in which one piece of fissionable material is fired down a gun barrel at another piece of fissionable material to initiate a chain reaction. 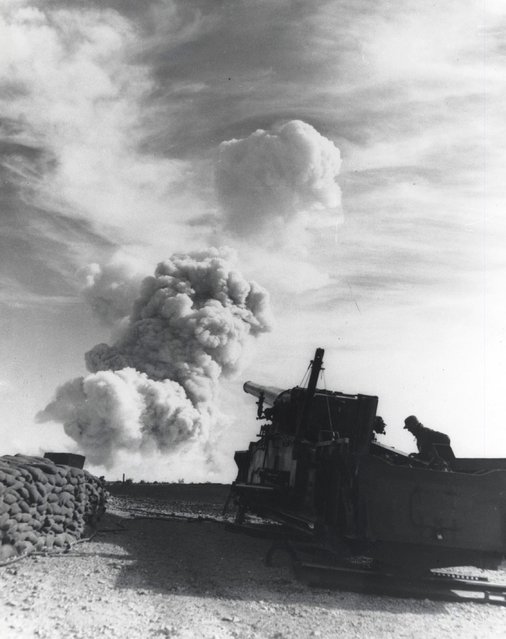 As work progressed on the nuclear device, the army developed a cannon that could deliver it in combat. The final product, a 280-mm gun weighing nearly 50 tons, could lob atomic rounds as far as 15 miles. The new cannon was nicknamed Atomic Annie. 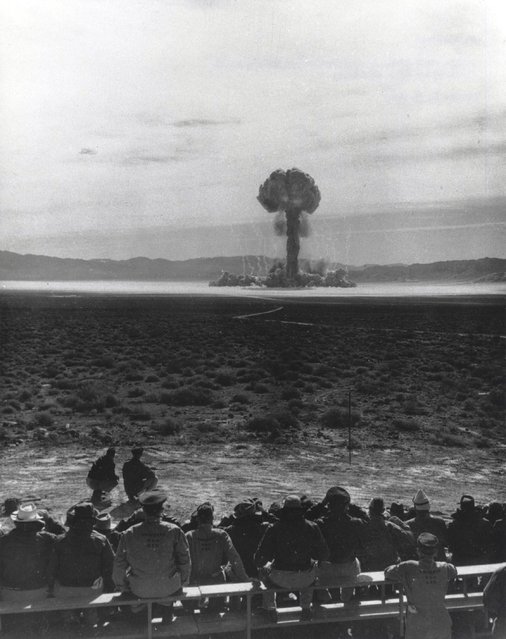 A field test was scheduled for late spring 1953 as part of the Upshot-Knothole test series. High-ranking government officials, including the Secretary of Defense, two senators, and dozens of congressional representatives, witnessed the test, which was conducted May 25, 1953, at Frenchman Flat, Nevada. The Secretary of the Army observed the event, dubbed Grable, alongside soldiers in trenches 5000 yards from the blast. The device, which obtained a yield of 15 kilotons, traveled 7 miles before detonating approximately 500 feet above the desert floor. Soon after, troops participating in a related military exercise came within 700 meters of ground zero before turning back because of high winds. 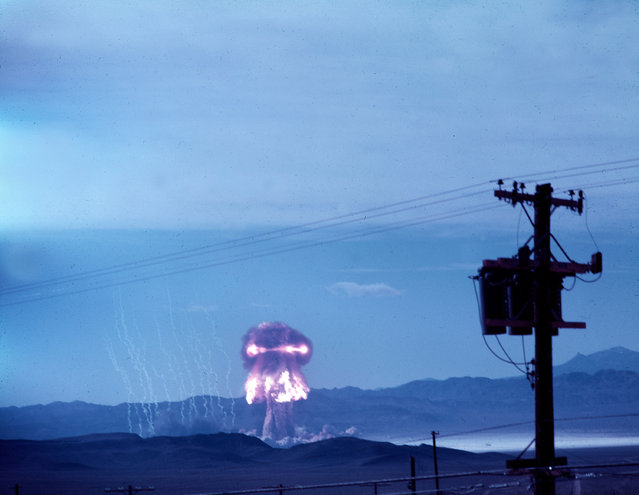 Grable was a resounding success. Sterling Cole, Chairman of the Joint Committee on Atomic Energy, stated: “This has been one of the most dramatic demonstrations we have had to date on the enormous advances which have been made in atomic weapons development”. The Grable device, the only cannon-launched atomic artillery shell ever tested by the US, was stockpiled shortly thereafter. 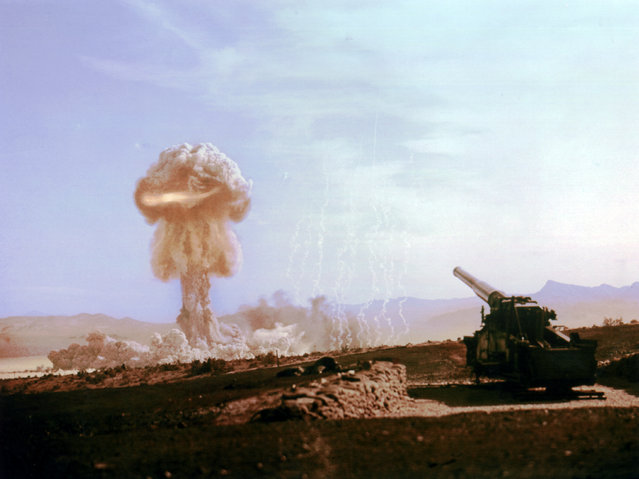 Atomic artillery remained in the US arsenal for decades. Despite the development of improved aircraft and advanced missile systems, the army deployed artillery pieces capable of firing atomic ordnance around the world. Atomic Annie’s descendants added a tactical advantage to the US strategy of deterrence throughout much of the cold war. The US dismantled its last atomic/nuclear artillery shell (W-79) in 2003”. – Alan Carr
Edit Del
11 Mar 2013 11:43:00, post received 0 comments
Publication archive:
←   →
Popular tags:
All tags
Last searches: