Educative Felt Boot Factory in Belarus
The Smilovichi Felting Factory in Belarus was founded in 1928, when Smilovichi was a small Jewish settlement of craftsmen. Five of those craftsmen organized a small artel (a cooperative association of craftsmen who all live and work together), which produced warm boots called “valenki” for cold weather. Later the artel was transformed into the enterprise “Red Star”, which was to supply Germany during the Second World War, when Belarus was occupied by the Nazis.


“Valenki (Russian: ва́ленки, IPA: [ˈvalʲɪnkʲɪ]) are traditional Russian winter footwear, essentially felt boots: the name valenok literally means “made by felting”. Valenki are made of wool felt. They are not water-resistant, and are often worn with galoshes to keep water out and protect the soles from wear and tear. Valenki were once the footwear of choice for many Russians, but in the second half of the 20th century they lost most of their appeal in cities, due to their association with rustic dress.

Valenki are a kind of traditional Russian footwear which is usually worn for walking on dry snow when the weather is frosty. Valenki wear out most quickly from the bottom and very often is soled with leather or other durable material to prevent this, so they are often worn with galoshes. Also, to protect from getting wet – they use a rubber sole, and there are valenki with glue-sew and molded soles. Traditionally, valenki come in brown, black, gray and white, but the last few years, consumers have been able to order these boots in a variety of colors (red, blue, purple, green, yellow, orange). Valenki are included in standard of supplying officers and the ranks of the internal military service of the Russian army with warm clothes and gear. Valenki stem from the traditional felt boots worn by nomads of the Great Steppe (including Southern Rus'), whose history goes back over 1500 years”. – Wikipedia


Much of the work performed at the factory today is still handiwork. Three to five days are needed to turn the fleece into “valenki” with about 36 manufacturing processes. Some of these processes, like wool washing and combing, are mechanized, others are solely performed by hand. The lambs’ wool boots are eco-friendly and keep the feet warm even at temperatures of minus 30 degrees Celsius. Today’s modern Smilovichi-made felt boots come in a range of different designs. Customers can choose from over 20 models, from simple versions to stylish fur-edged boots with appliqué decorations and polyurethane soles.The boots produced at the factory are made of 100 per cent wool, without dyes and other chemical additives. The raw sheep’s wool is imported from Dagestan, Central Asia and Belgium, with only five per cent produced domestically. The production of the factory is exported to Russia, the Ukraine, Poland, Germany, Baltic States and to the countries of Western Europe. About 800 pairs of felt boots can be produced every day at the factory, which makes about 200,000 pairs of “valenki” per year. 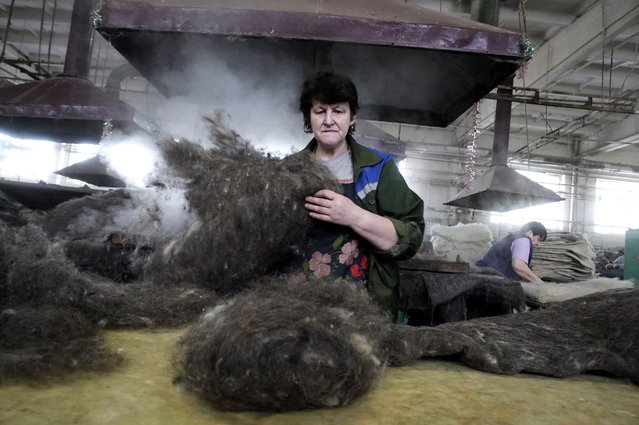 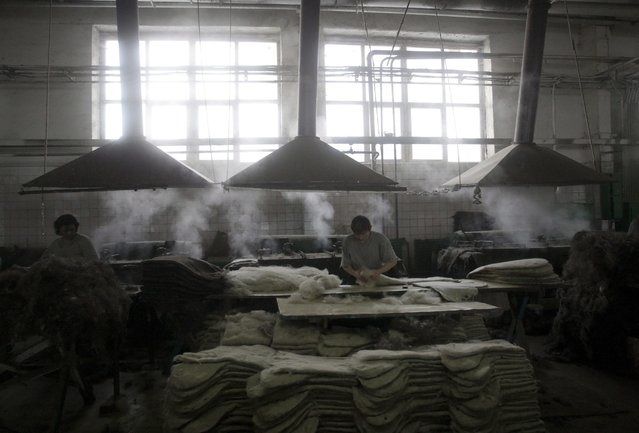 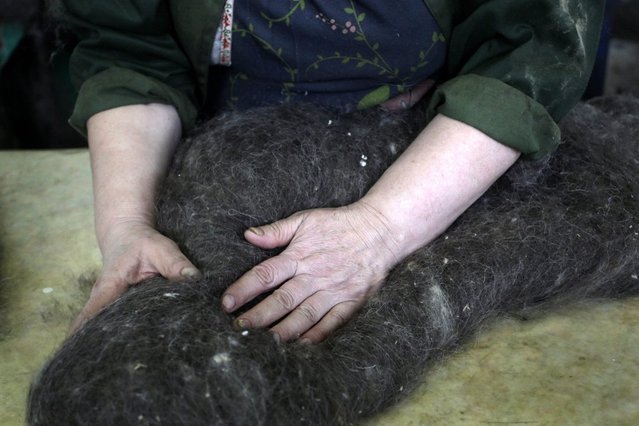 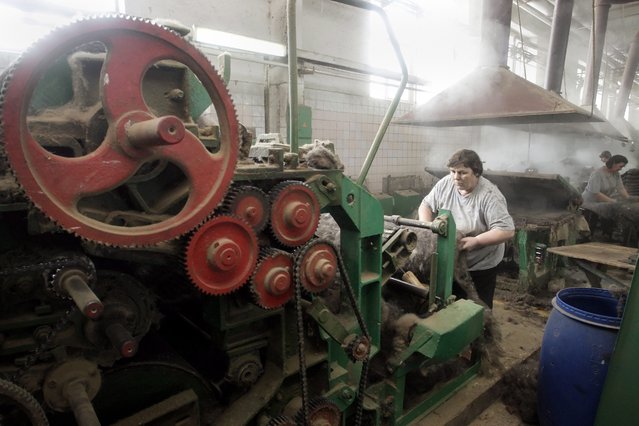 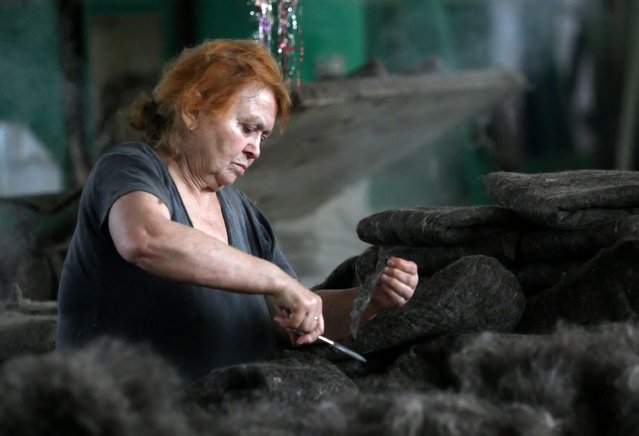 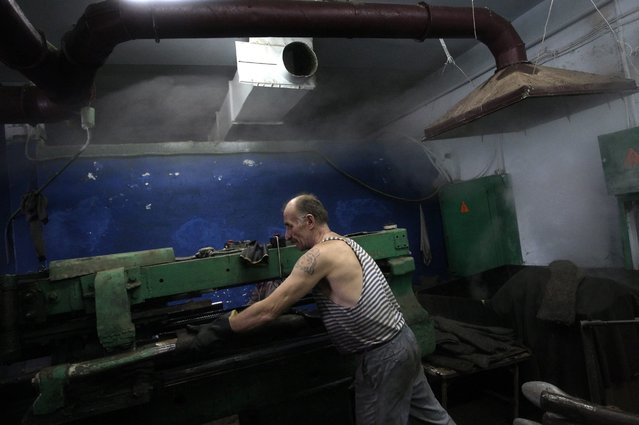 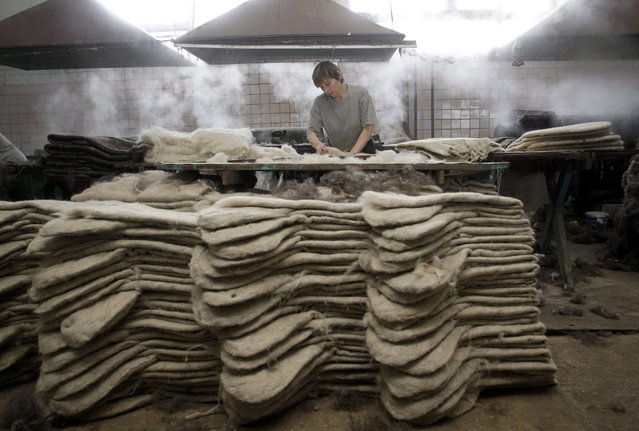 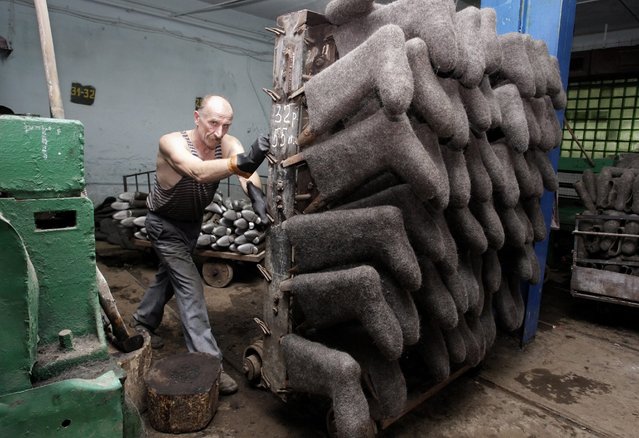 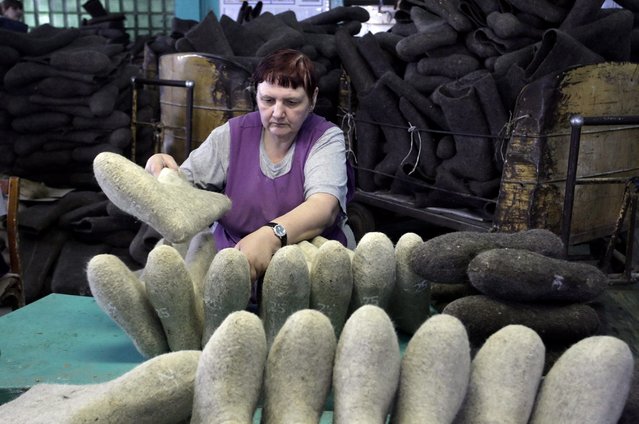 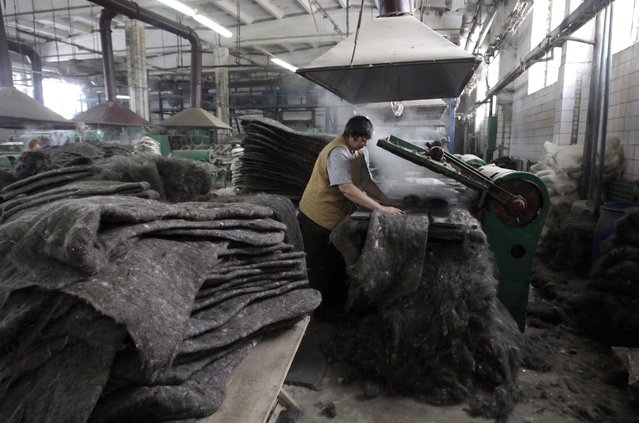 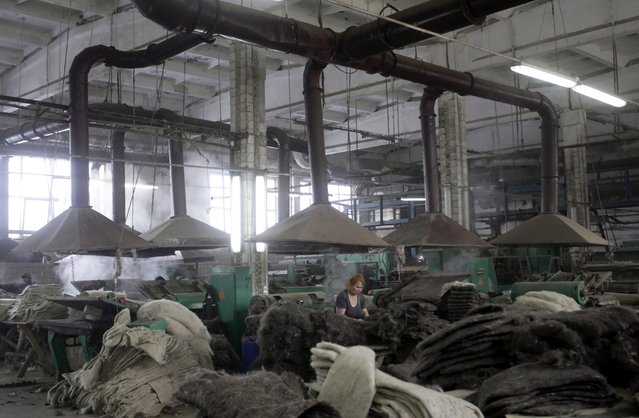 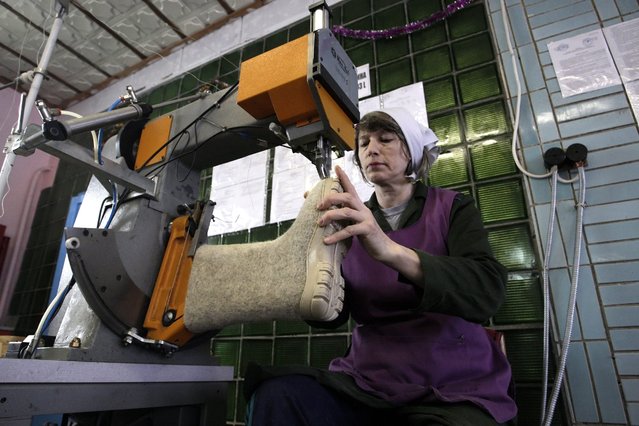 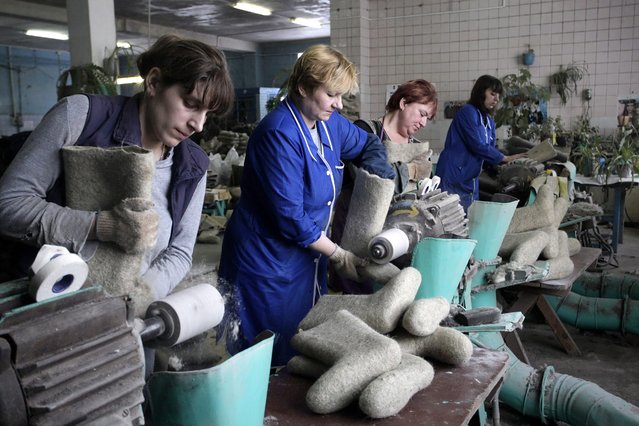 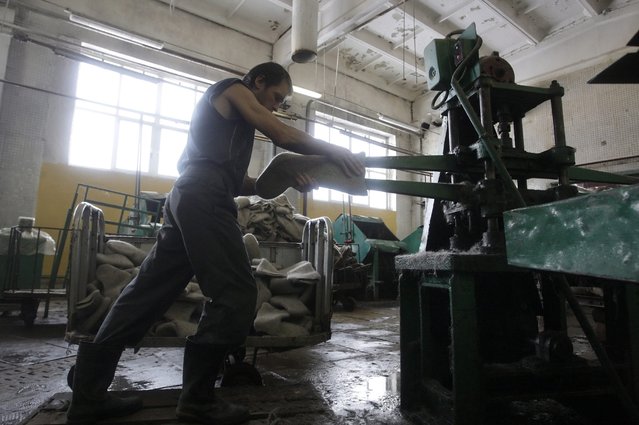 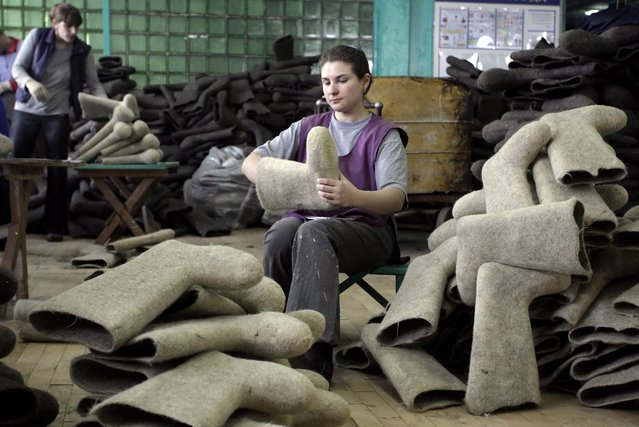 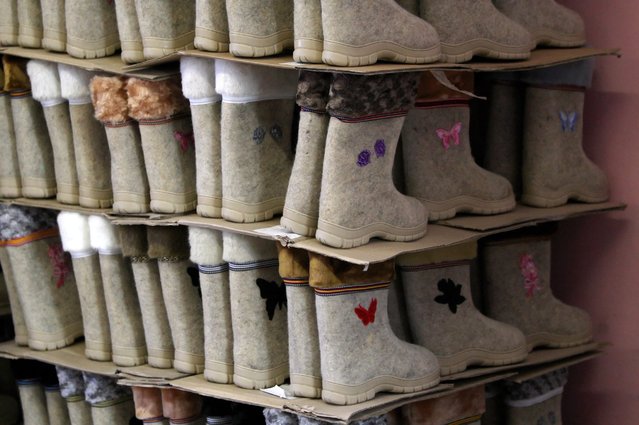