Educative Meet the Last Tattooed Women of Burma
A group of tattooed women from the Muun tribe who inhabit the hills of the Arakan state. The design, known as the letter B-pattern, is common in the Mindat area. It is composed of dots, lines and occasionally circles, in February, 2015, in Myanmar, Burma. With spider webs, B-patterns and crossed lines painstakingly inked on their faces these stunning photographs show the tattooed women of Burma. French photographer Eric Lafforgue travelled to the Chin, Rakhine and Arakan states of northwestern Myanmar to capture the rare facial designs. The remote tribal Mindat area, where the women live, was restricted by the Burmese government until two years ago and is still only visited by 700 tourists per year. The ancient practice involves using tattoo needles made by tying three pieces of bamboo together or using thorns to draw the design. (Photo by Eric Lafforgue/Barcroft Media) 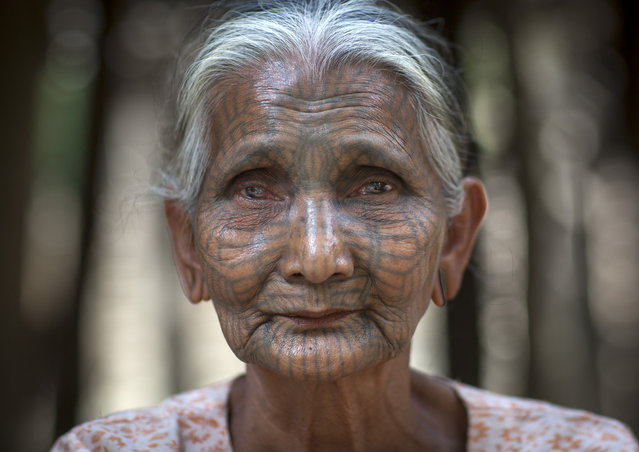 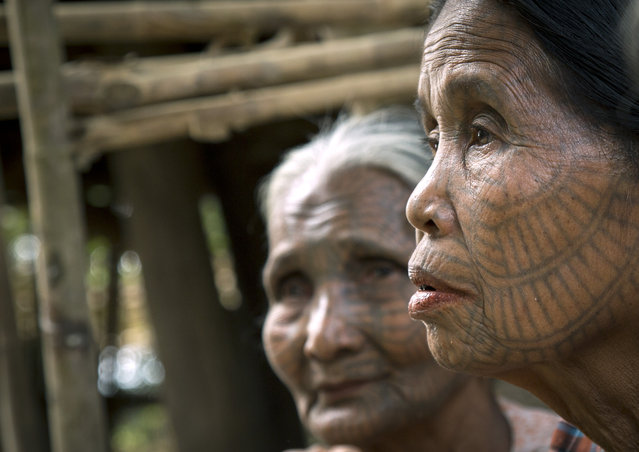 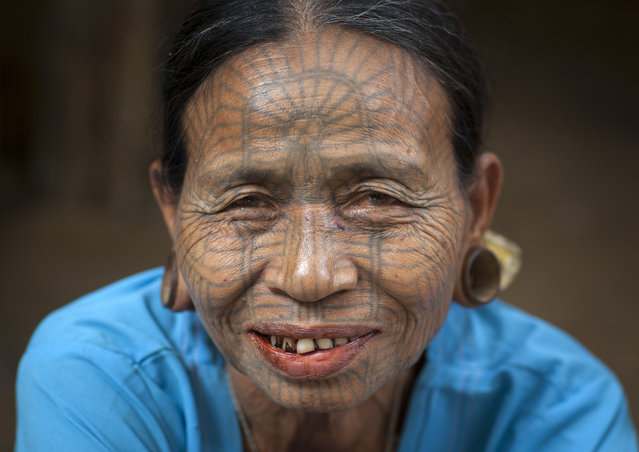 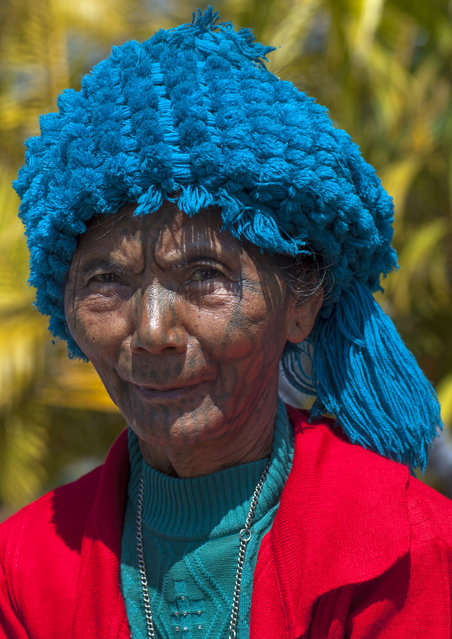 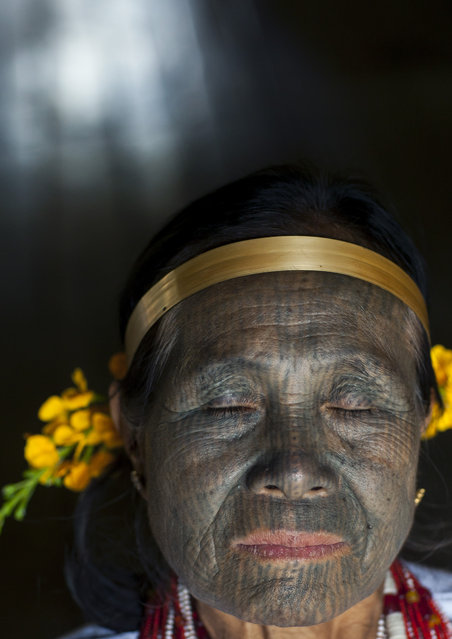 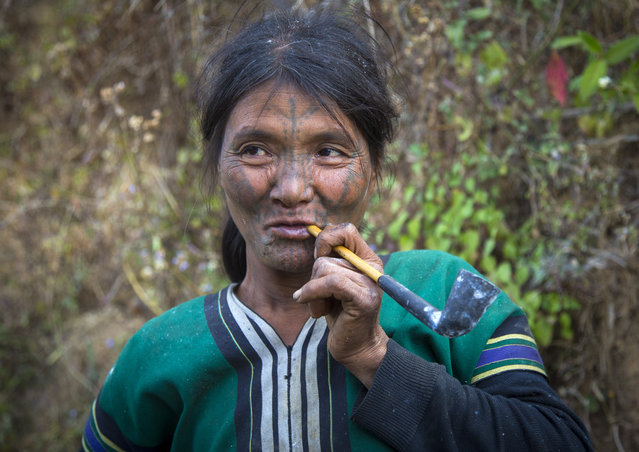 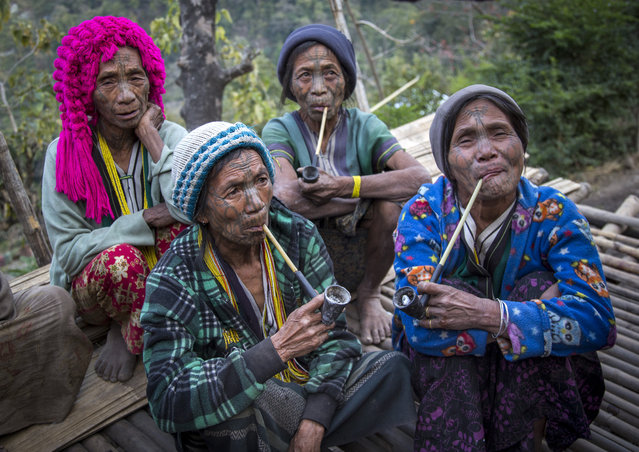 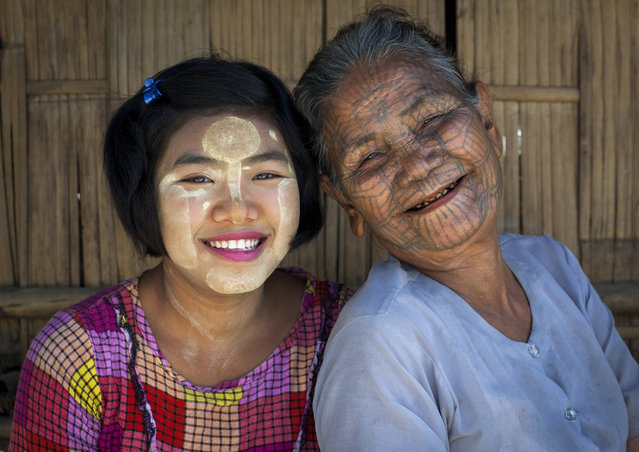 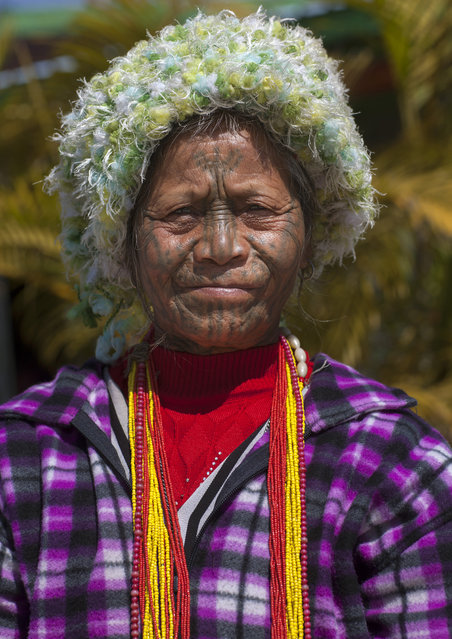 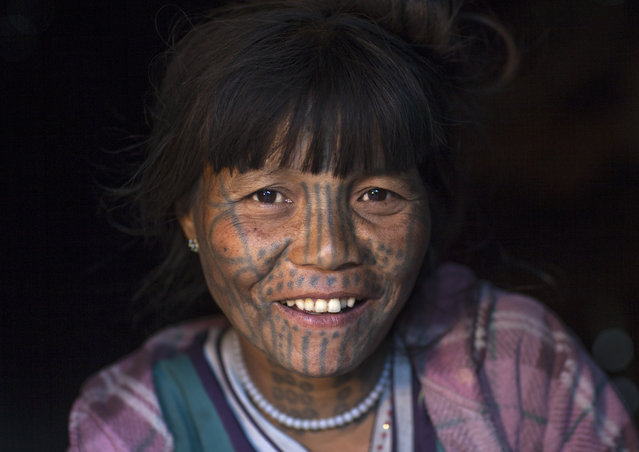 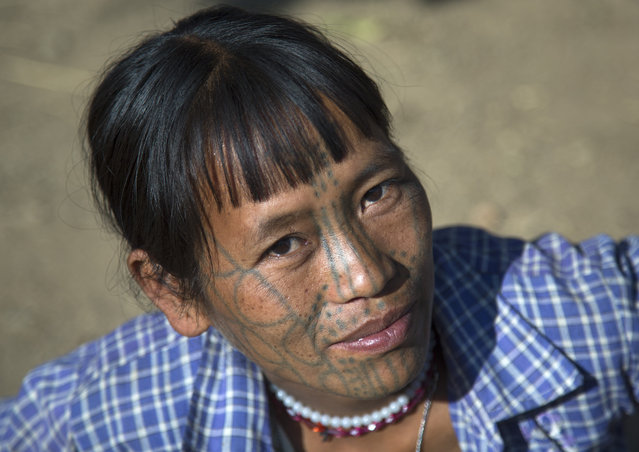 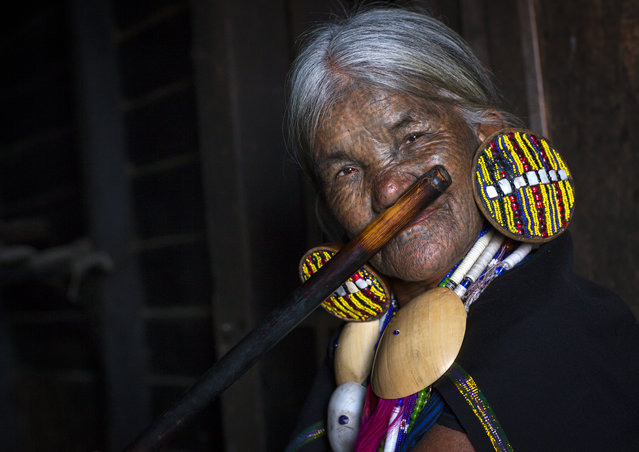 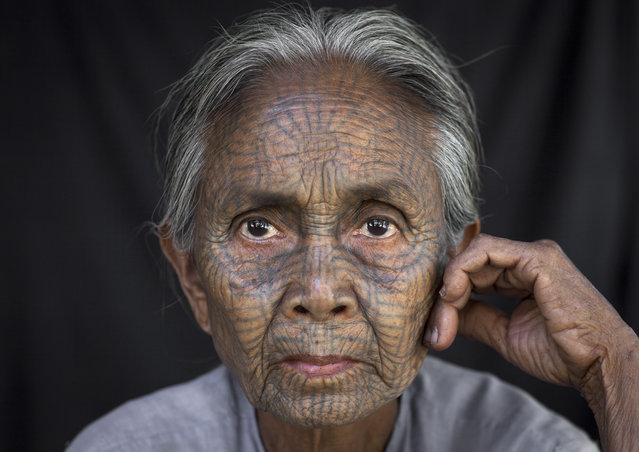 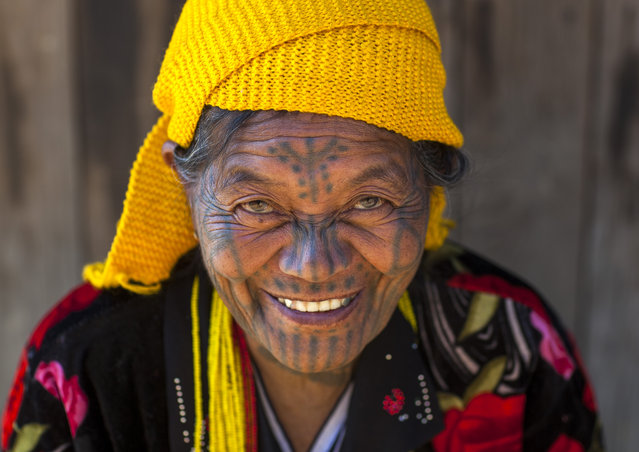 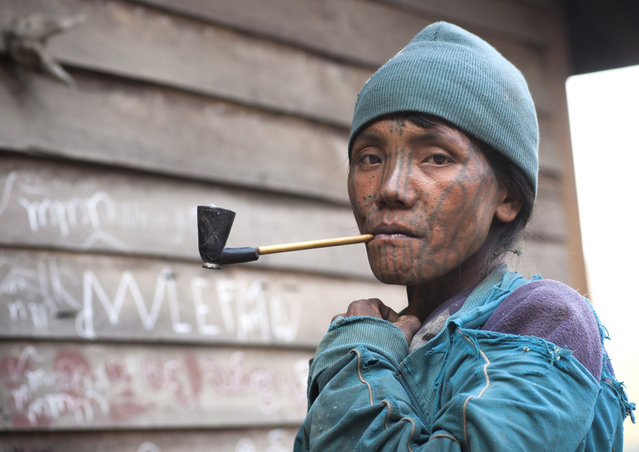 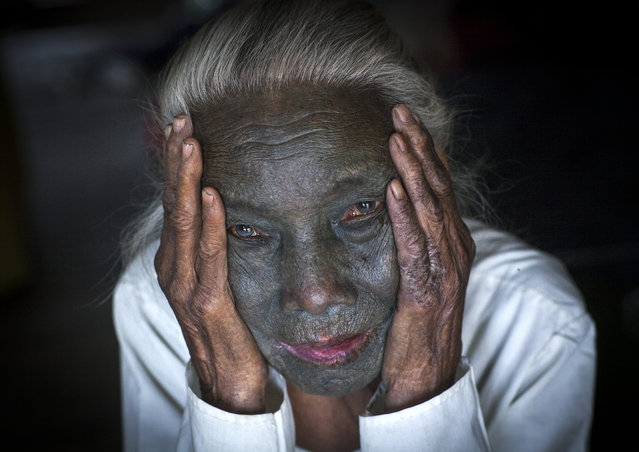 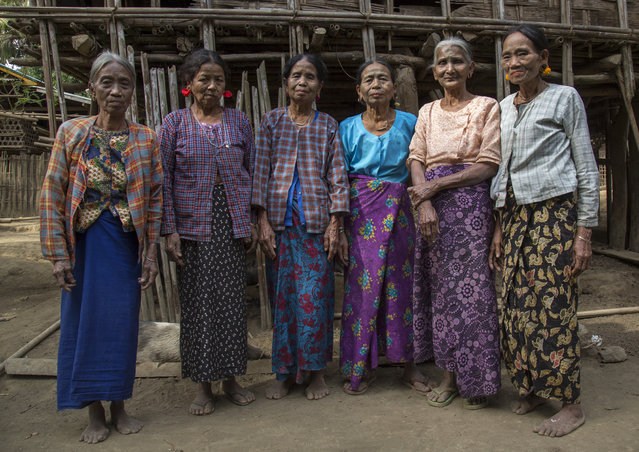 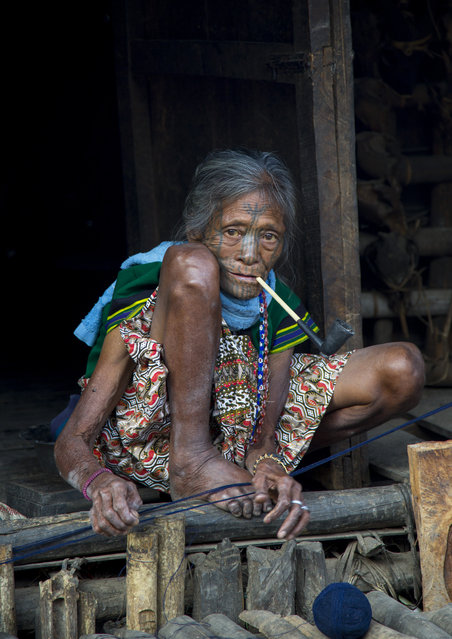 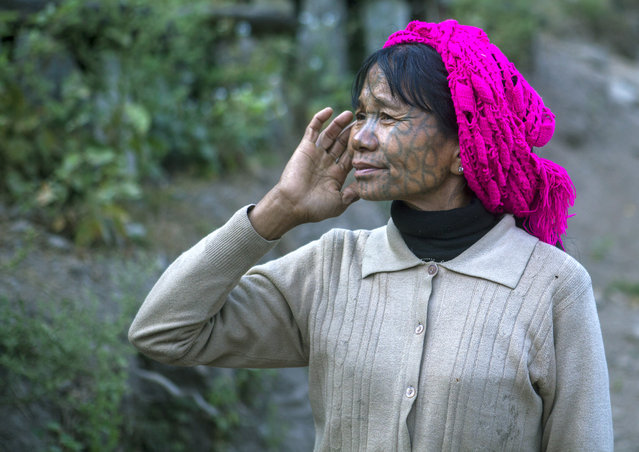 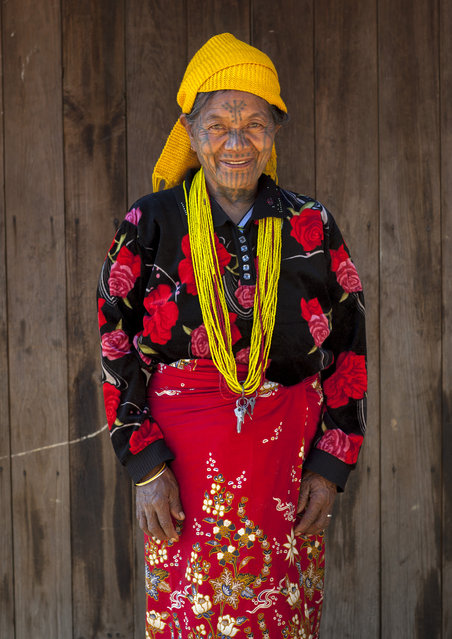 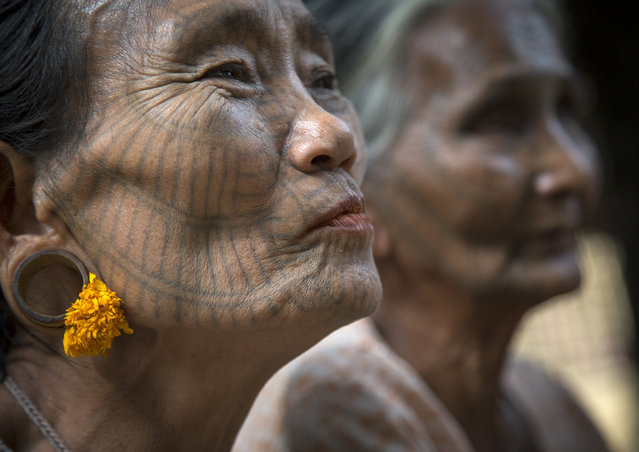