Educative The Future of Flight 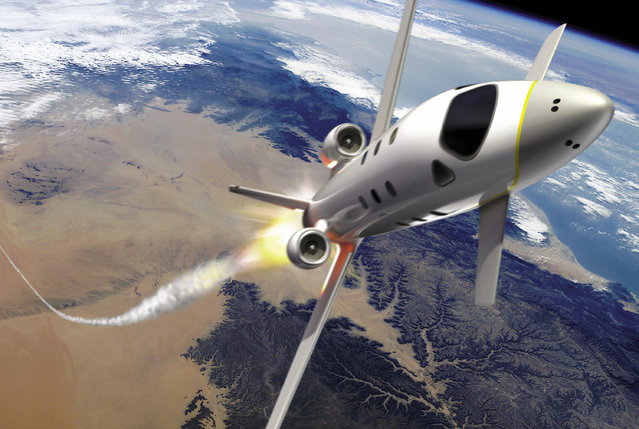 A computer-generated image of the Atrium aircraft, which will enable space tourists to experience weightlessness while carrying passengers briefly outside the earth's atmosphere. (Photo by Reuters/NASA/EADS Atrium/Marc Newson Ltd) 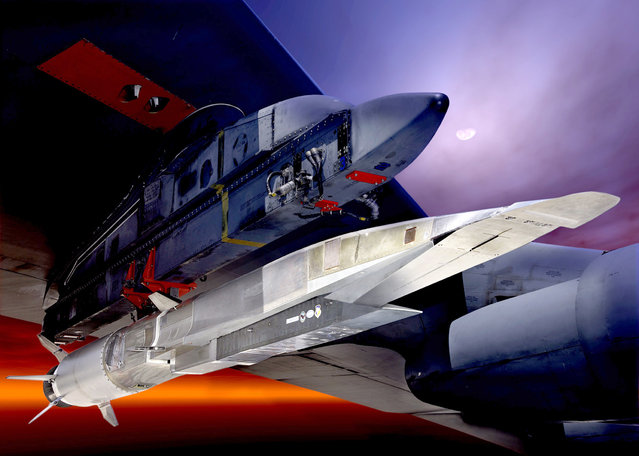 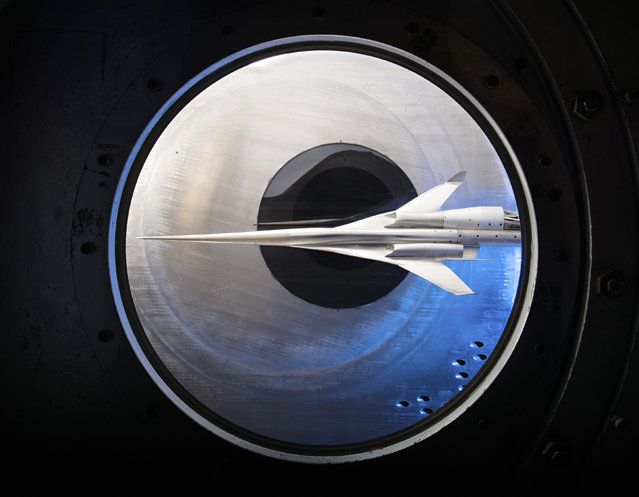 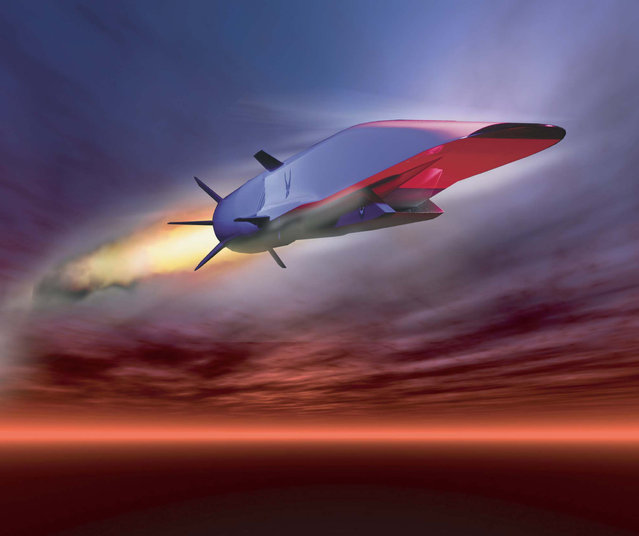 The X-51A Waverider in flight. The Boeing X-51 (also known as X-51 WaveRider) is an unmanned scramjet demonstration aircraft for hypersonic (Mach 6, approximately 4,000 miles per hour (6,400 km/h) at altitude) flight testing. It completed its first powered hypersonic flight on 26 May 2010. After two unsuccessful test flights, the X-51 completed a flight of over six minutes and reached speeds of over Mach 5 for 210 seconds on 1 May 2013 for the longest duration hypersonic flight. The X-51 is named “WaveRider” because it uses its shock waves to add lift. The program is run as a cooperative effort of the United States Air Force, DARPA, NASA, Boeing, and Pratt & Whitney Rocketdyne. The program is managed by the Aerospace Systems Directorate within the United States Air Force Research Laboratory (AFRL). X-51 technology will be used in the High Speed Strike Weapon (HSSW), a Mach 5+ missile planned to enter service in the mid-2020s. (Photo by Reuters/US Air Force) 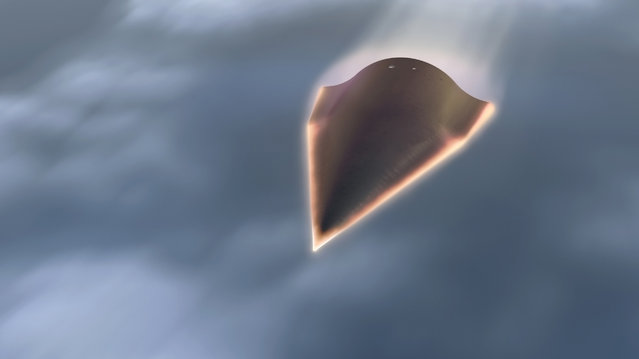 DARPAs Falcon Hypersonic Technology Vehicle 2 (HTV-2), an unmanned U.S. hypersonic glider aimed at reaching 20 times the speed of sound. It is testing technologies to provide the United States with the capability to strike any target in the world within one hour. (Photo by Reuters//DARPA) 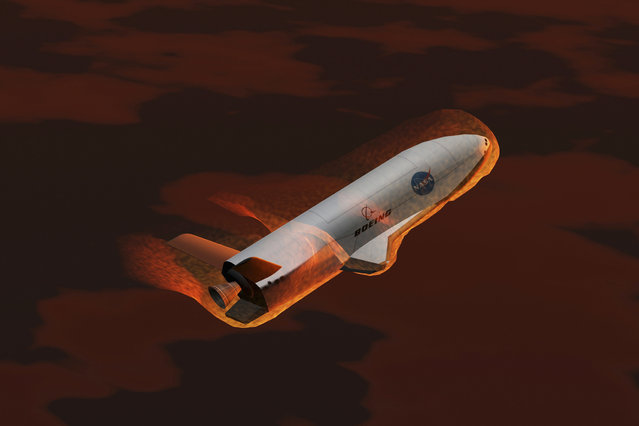 The Boeing X-37 Orbital Test Vehicle, an unmanned reusable spacecraft. The Boeing X-37, also known as the X-37 Orbital Test Vehicle (OTV), is an American reusable unmanned spacecraft. It is boosted into space by a rocket, then re-enters Earth's atmosphere and lands as a spaceplane. The X-37 is operated by the United States Air Force for orbital spaceflight missions intended to demonstrate reusable space technologies. It is a 120%-scaled derivative of the earlier Boeing X-40. As of 2013 it holds the world record for being the smallest robotic, unmanned space plane. (Photo by Reuters/NASA) 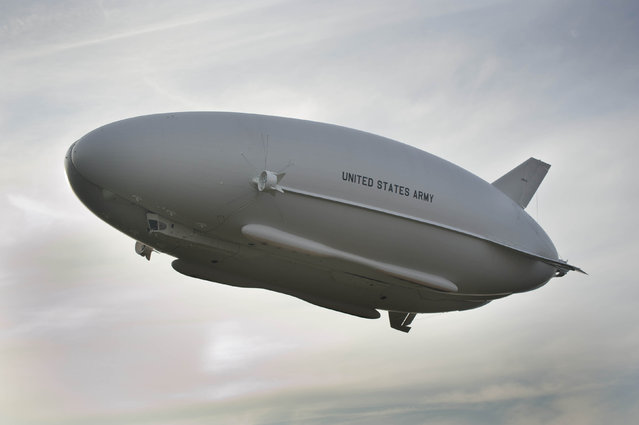 The Long Endurance Multi-Intelligence Vehicle (LEMV) is pictured above Joint Base McGuire-Dix-Lakehurst, New Jersey during its first flight, August 7, 2012. The LEMV, like a blimp, is said to be capable of carrying multiple intelligence, surveillance and reconnaissance payloads for more than 21 days at altitudes greater than 22,000 feet. (Photo by Reuters/U.S. Army Space and Missile Defense Command/Army Forces Strategic Command) 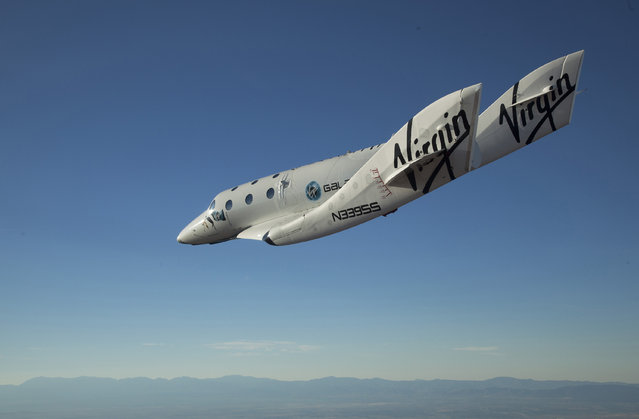 The Virgin Galactic SpaceShip2 (VSS Enterprise) glides toward Earth on its first test flight after being released from its WhiteKnight2 mothership (VMS Eve) over Mojave, California, October 10, 2010. (Photo by Mark Greenberg/Reuters/Virgin Galactic) 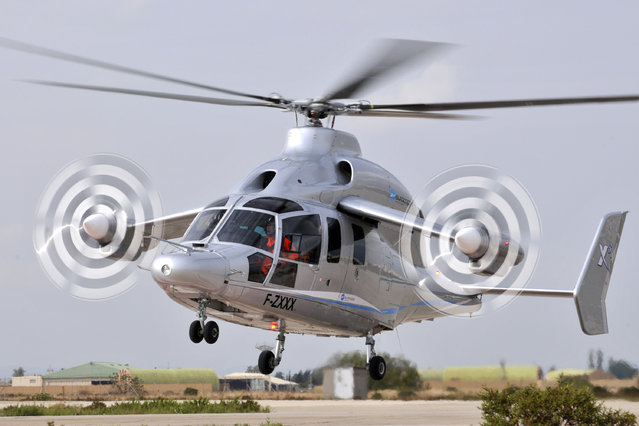 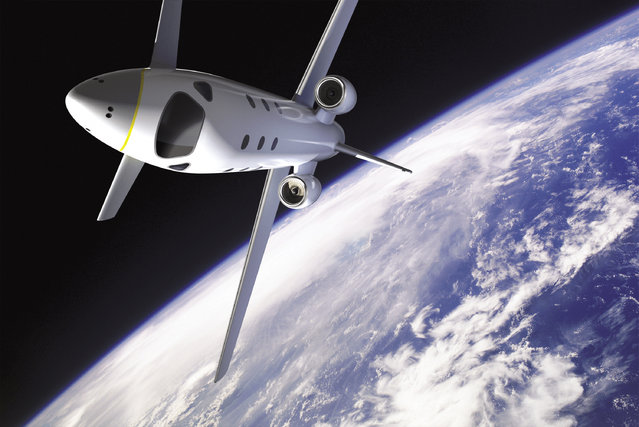 An EADS Atrium aircraft, which will enable space tourists to experience weightlessness briefly outside the earth's atmosphere. The Airbus Space and Defence SpacePlane, also called EADS Astrium TBN according to some sources, is a suborbital spaceplane concept for carrying space tourists, proposed by EADS Astrium, the space subsidiary of the European consortium EADS. It is a rocket plane with a large wingspan, straight rearwards wing and a pair of canards. Propulsion is ensured by classical turbofan jet engines for the atmospheric phase and a methane-oxygen rocket engine for the space tourism phase. It can carry a pilot and four passengers. The dimensions and looks are somewhat similar to those of a business jet. (Photo by Reuters/NASA/EADS Atrium/Marc Newson Ltd) 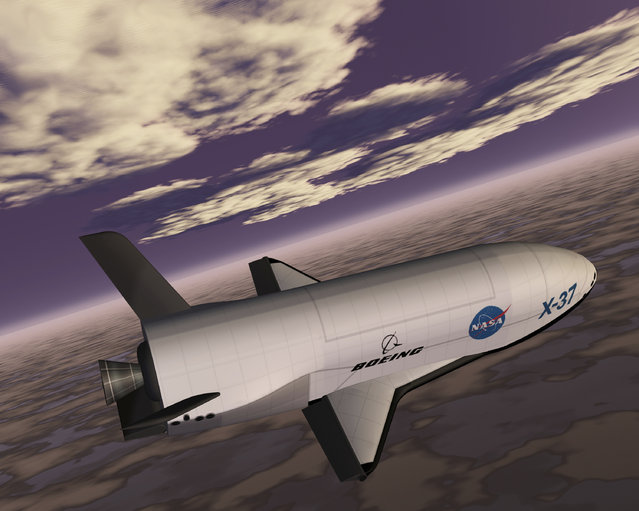