Fact 100 Years Since the Birth of Rocket Scientist Wernher von Braun
“Wernher Magnus Maximilian Freiherr von Braun (March 23, 1912 – June 16, 1977) was a German-born rocket scientist, aerospace engineer, space architect, and one of the leading figures in the development of rocket technology in Nazi Germany during World War II and, subsequently, the United States.

A former member of the Nazi party, commissioned Sturmbannführer of the SS and decorated Nazi war hero, von Braun would later be regarded as the preeminent rocket engineer of the 20th century in his role with the United States civilian space agency NASA. In his 20s and early 30s, von Braun was the central figure in Germany's rocket development program, responsible for the design and realization of the V-2 combat rocket during World War II.

After the war, he and some of his rocket team were taken to the U.S. as part of the then-secret Operation Paperclip. Von Braun worked on the US Army intermediate range ballistic missile (IRBM) program before his group was assimilated by NASA, under which he served as director of the newly formed Marshall Space Flight Center and as the chief architect of the Saturn V launch vehicle, the superbooster that propelled the Apollo spacecraft to the Moon. According to one NASA source, he is “without doubt, the greatest rocket scientist in history”. His crowning achievement was to lead the development of the Saturn V booster rocket that helped land the first men on the Moon in July 1969. In 1975 he received the National Medal of Science”. – Wikipedia 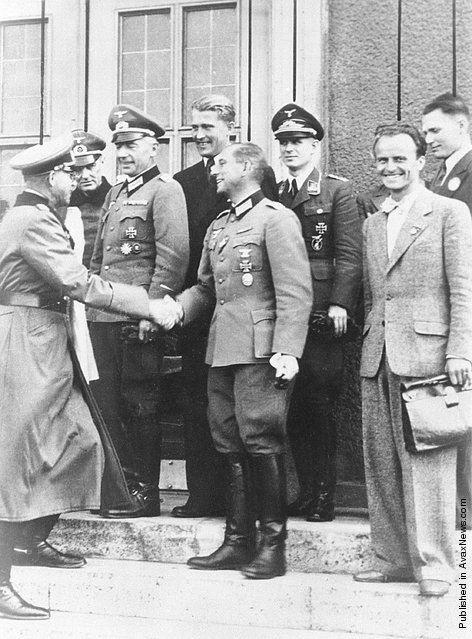 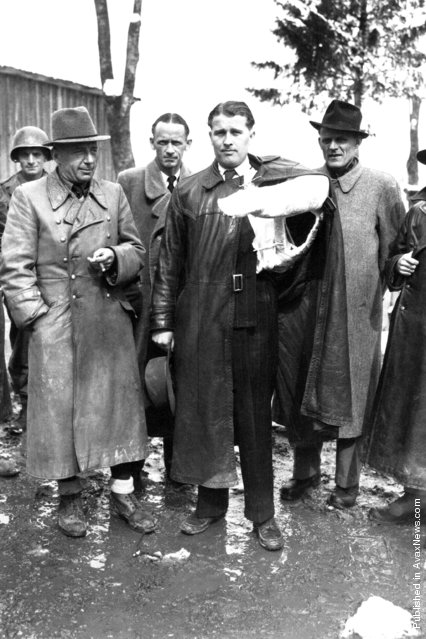 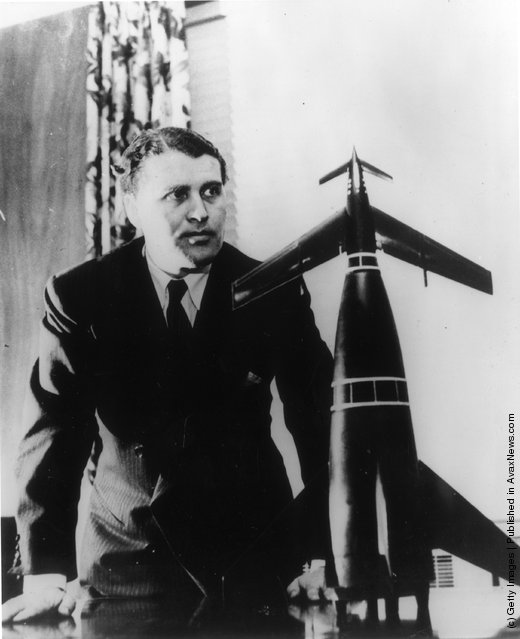 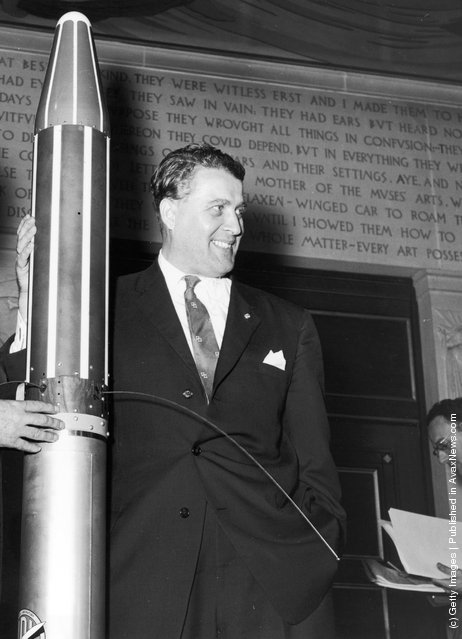 German-born American engineer Dr. Wernher von Braun with a model of the Explorer orbiting space satellite which he designed. (Photo by Keystone/Getty Images). 1958 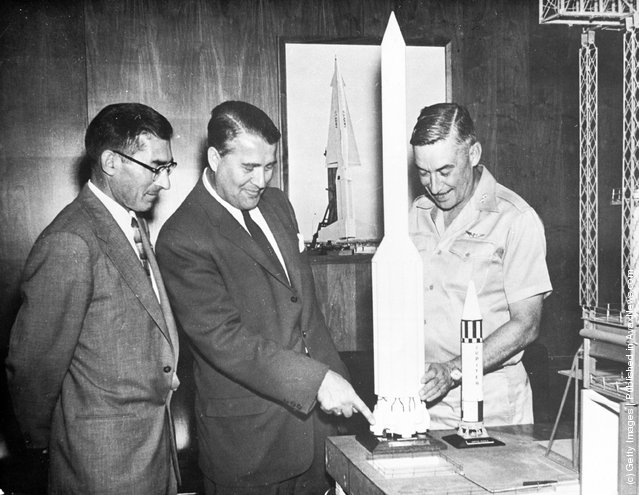 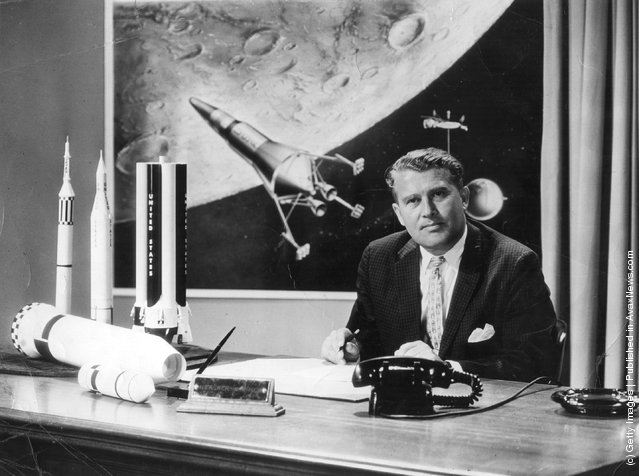 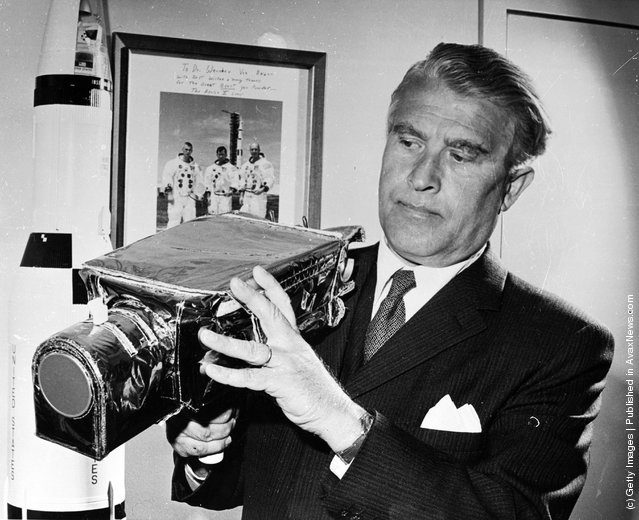 German-born American rocket pioneer and NASA administrator Dr. Wernher von Braun examines the camera which is to be used for the Apollo 15 Lunar Landing Mission. (Photo by Central Press/Getty Images). 27th May 1971 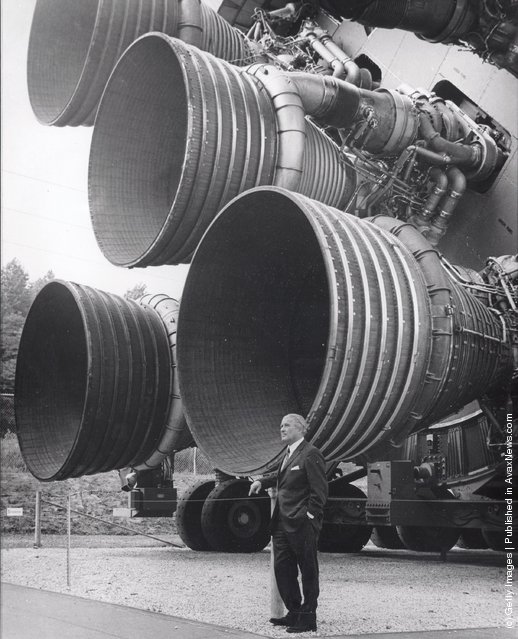