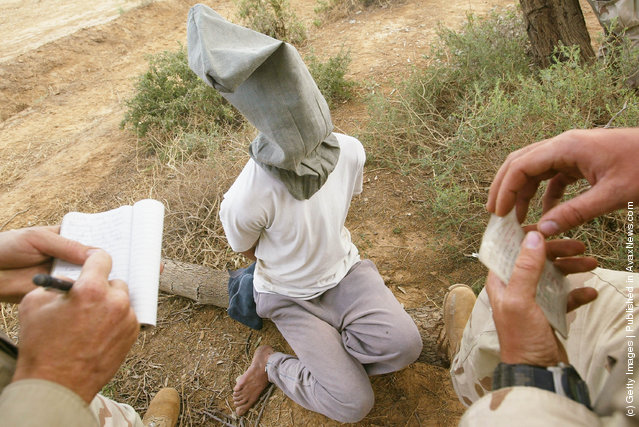 Marines of the Force Recon attachment to the 24th Marine Expeditionary Unit interrogate an Iraqi prisoner April 12, 2003 in central Iraq north of Nasiriyah. The prisoner and two others were picked up fleeing from the Marines and trying to discard military uniforms and IDs. Force Recon is the Marines equivalent of Special Forces, Marines tasked with recon and other sensitive missions in small groups. (Photo by Chris Hondros/Getty Images) 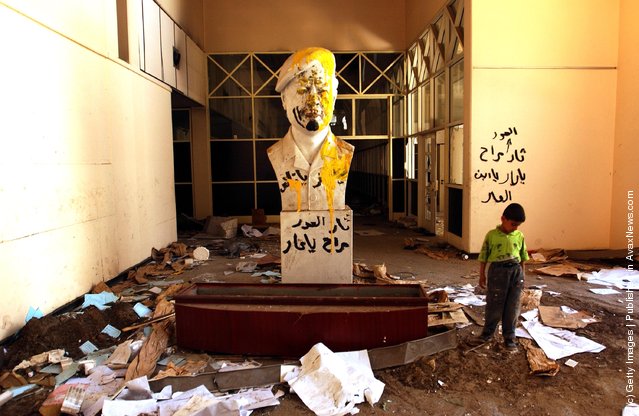 A boy walks past a vandalized Saddam Hussein statue in the looted Ministry of Culture April 23, 2003 in Baghdad, Iraq. (Photo by Spencer Platt/Getty Images)

Family and friends console each other during the burial service for U.S. Army Sergeant Chad Keith August 1, 2003 at Arlington National Cemetery in Arlington, Virginia. Keith, 21, of Batesville, Indiana was killed July 7, 2003 when a roadside bomb exploded as his unit was patrolling Baghdad, Iraq. Keith was a gunner with Company D, 2nd Battalion of the 325th Infantry, based at Fort Bragg, North Carolina. (Photo by Joe Raedle/Getty Images) 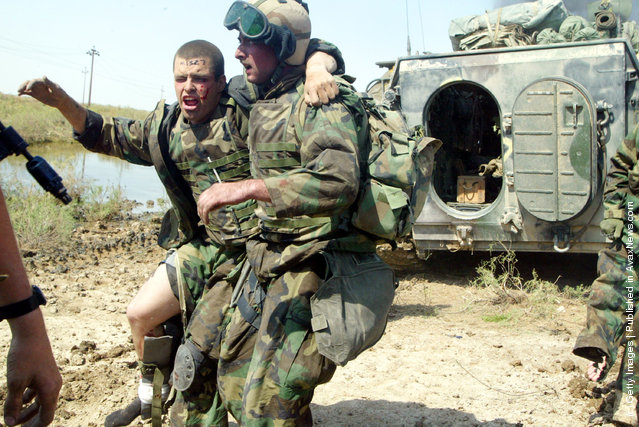 U.S. Marines from Task Force Tarawa take care of their wounded while being pinned down by intense enemy fire March 23, 2003 in the southern Iraqi city of Nasiriyah. The Marines suffered a number of deaths and casualties during gun battles throughout the city. (Photo by Joe Raedle/Getty Images) 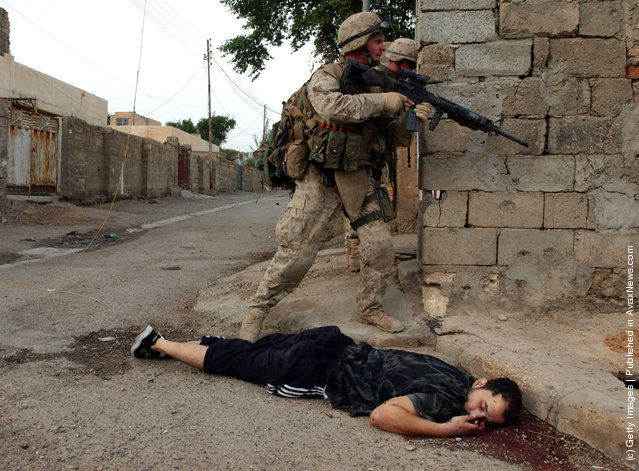 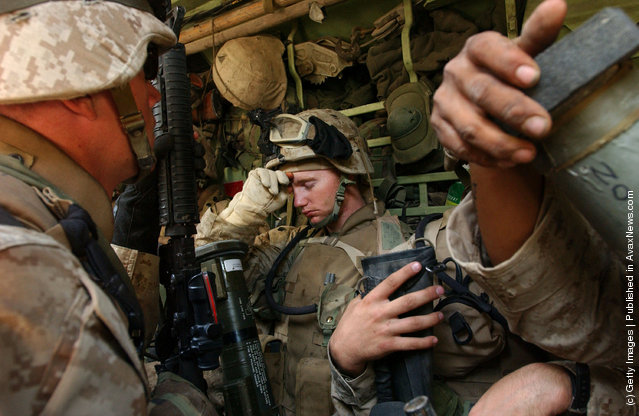 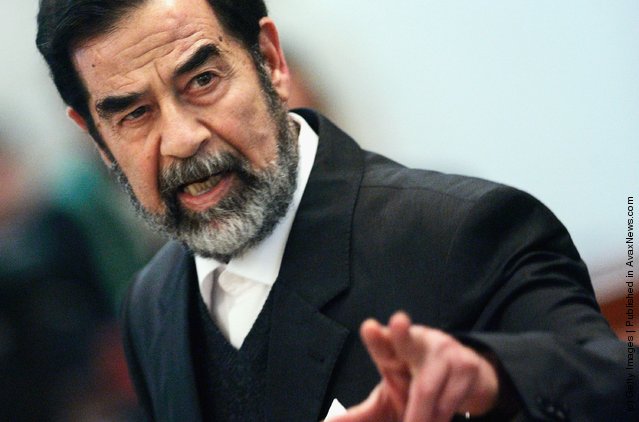 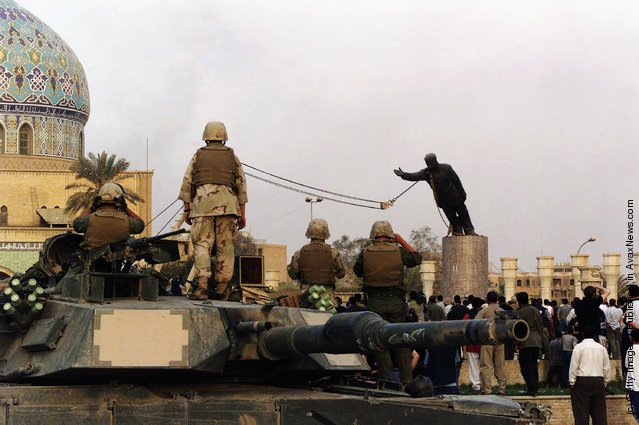 U.S marines and Iraqis are seen on April 9, 2003 as the statue of Iraqi dictator Saddam Hussein is toppled at al-Fardous square in Baghdad, Iraq. (Photo by Wathiq Khuzaie /Getty Images) 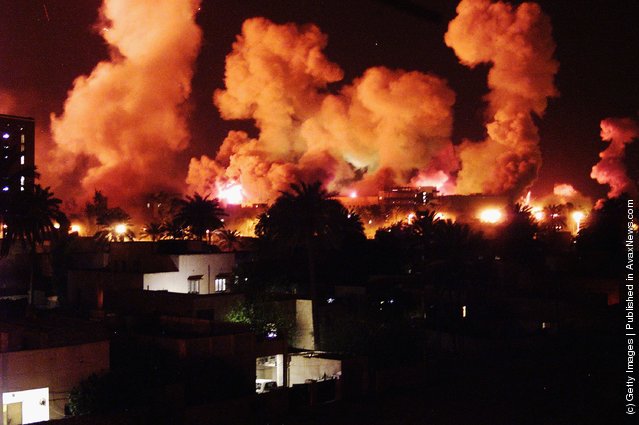 Smoke rises from explosions during the first few minutes of a massive air attack on March 21, 2003 in Baghdad, Iraq. (Photo by Wathiq Khuzaie /Getty Images) 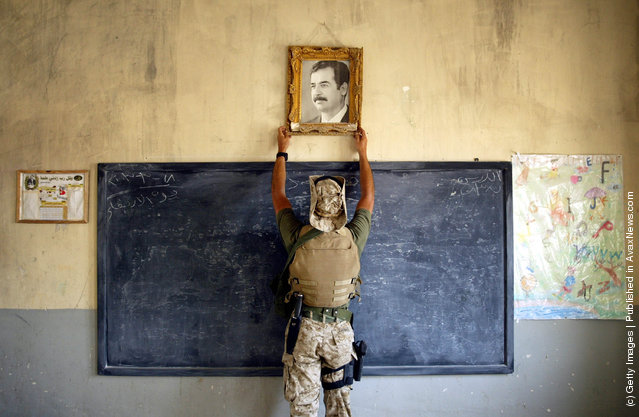 A U.S. Marine pulls down a picture of Saddam Hussein at a school April 16, 2003 in Al-Kut, Iraq. (Photo by Chris Hondros/Getty Images) 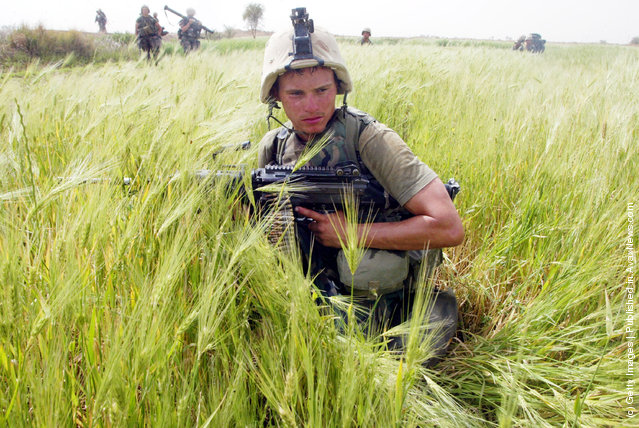 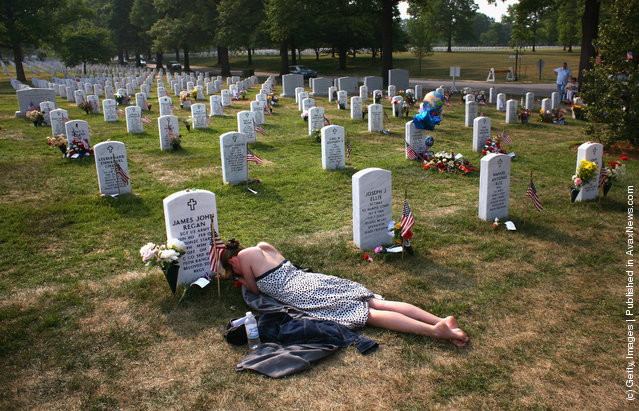 Mary McHugh mourns her slain fiance Sgt. James Regan at “Section 60” of the Arlington National Cemetery May 27, 2007. Regan, a US Army Ranger, was killed by an IED explosion in Iraq. (Photo by John Moore/Getty Images) 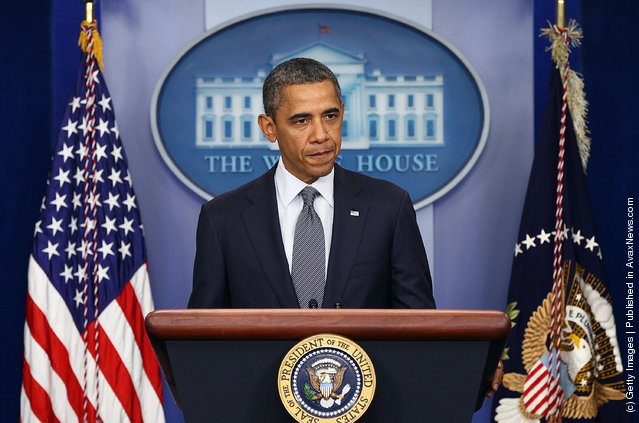