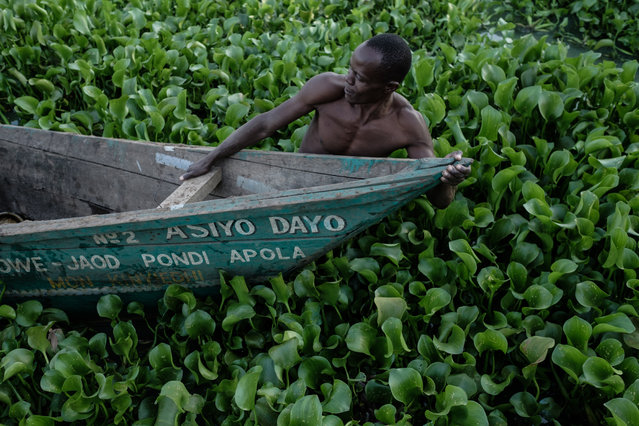 This photograph taken on October 2, 2018, shows a man pulling a boat through water hyacinth which prevents fishermen from working on Lake Victoria at Kichinjio beach in Kisumu, western Kenya. (Photo by Yasuyoshi Chiba/AFP Photo) 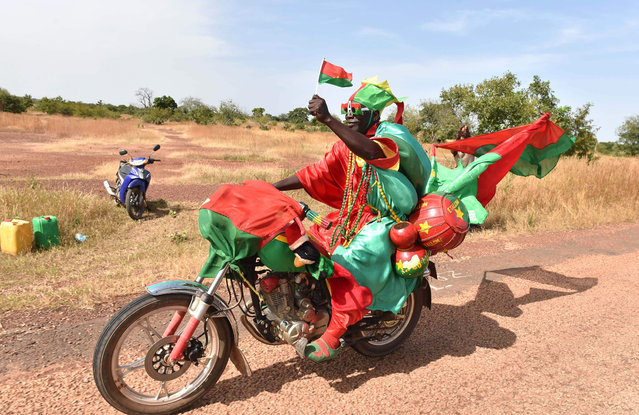 A cycling fan passes on October 30, 2018 near the Yako village, near Ouahigouya, northen Burikna Faso, after taking part in the 5th stage of the Burkina Faso' s cycling tour. (Photo by Issouf Sanogo/AFP Photo) 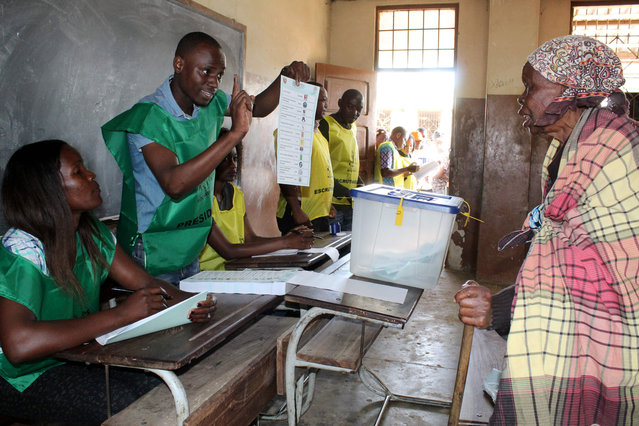 A woman prepares to cast her ballot for Mozambique' s local elections on October 10, 2018, at a polling station in the capital Maputo. Mozambique holds local elections that could reveal cracks in the country' s peace process after the ruling Frelimo party was accused of violence and intimidation during the campaign. (Photo by Roberto Matchissa/AFP Photo) 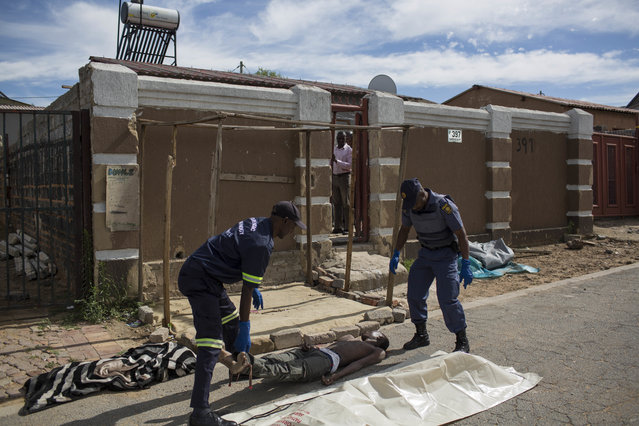 In this Sunday, January 28, 2018 photo, a man killed in a mob justice incident in Johannesbrug is carried away to be transported to a mortuary. Of the 3,000 bodies that come into the Johannesburg mortuary each year, approximately ten percent remain unidentified. (Photo by Bram Janssen/AP Photo) 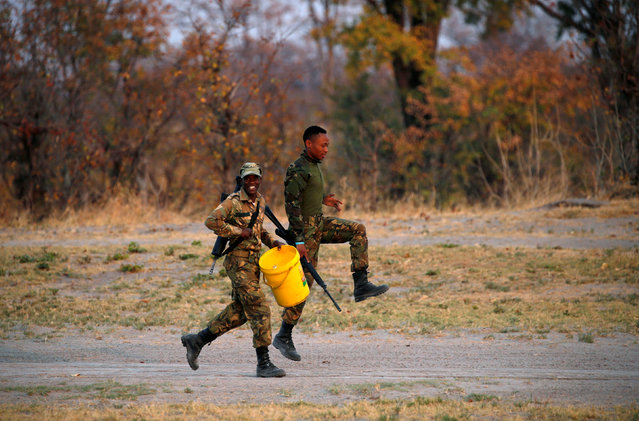 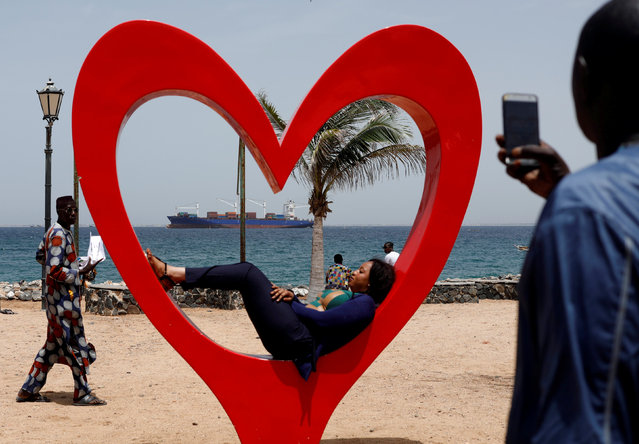 A container ship is seen offshore as a Senegalese woman poses for photograph in the island of Goree off the coast of Dakar, Senegal September 23, 2018. (Photo by Zohra Bensemra/Reuters) 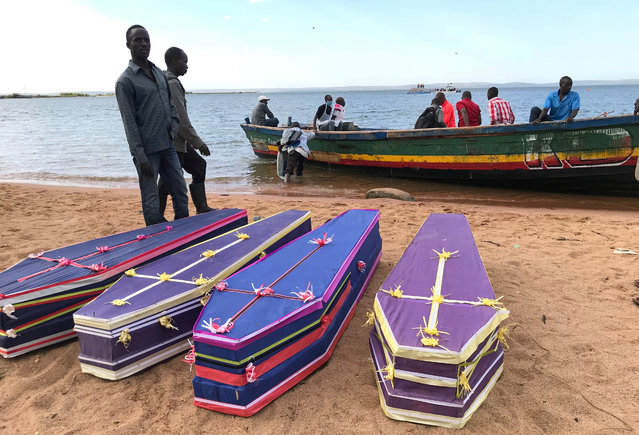 Volunteers arrange the coffins containing the dead bodies of passengers retrieved after a ferry MV Nyerere overturned off the shores of Ukara Island in Lake Victoria, Tanzania on September 22, 2018. (Photo by Jackson Njehia/Reuters) 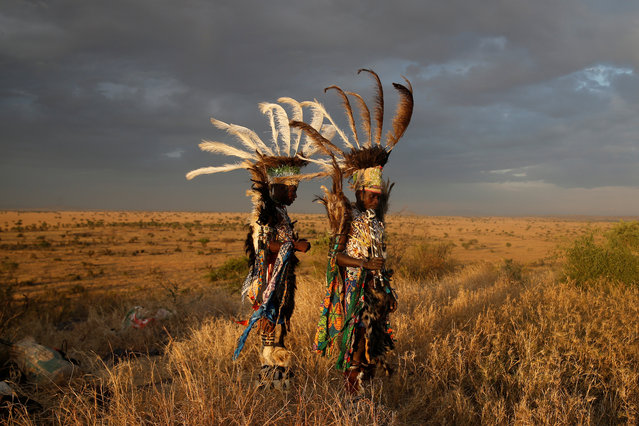 Dancers from the Kurya community are seen before performing in front of visitors to the Singita Grumeti Game Reserve, Tanzania, October 7, 2018. (Photo by Baz Ratner/Reuters) 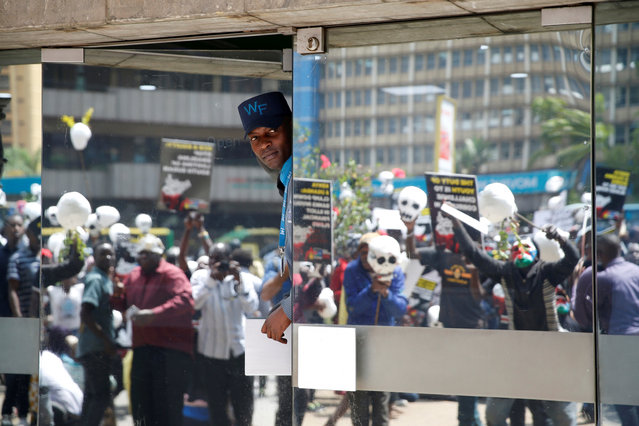 A security guard watches demonstrators during a protest calling the Kenyan government and banks to freeze ill-gotten South Sudanese assets and funds, In front of the KCB bank in Nairobi, Kenya on October 11, 2018. (Photo by Baz Ratner/Reuters) 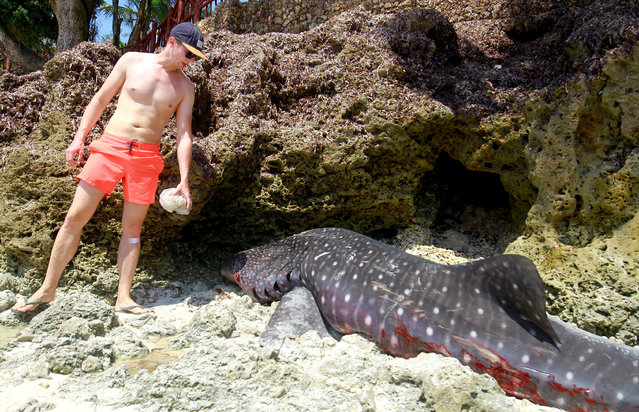 A tourist looks at a dead whale shark after it washed up on a shore of Indian Ocean in Diani area near Mombasa, Kenya on October 10, 2018. (Photo by Joseph Okanga/Reuters) 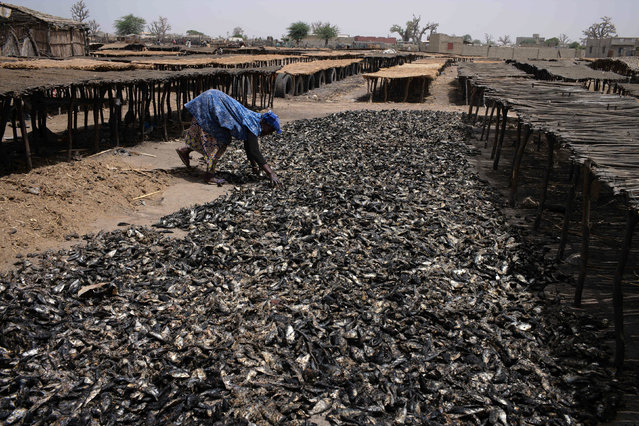 A woman sorts through fish at an artisanal fish processing facility in the coastal town of Joal-Fadiouth, Senegal, April 10, 2018. (Photo by Sylvain Cherkaoui/Reuters) 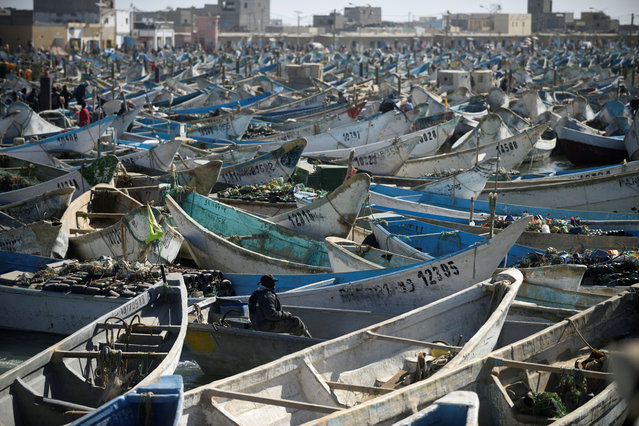 Artisanal fishing boats moored in the harbour at Nouadhibou, the main port in Mauritania, April 14, 2018. (Photo by Sylvain Cherkaoui/Reuters) 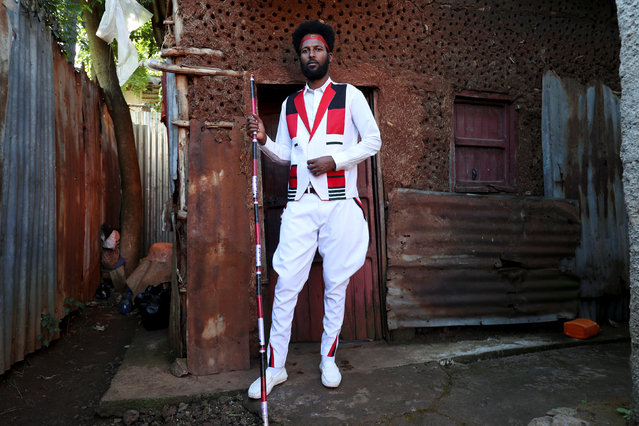 Magarsa Kanaa, a 28-year-old teacher and local leader of Oromo youths, poses for a portrait in front of his house in the town of Woliso, Oromia region, Ethiopia, October 21, 2018. (Photo by Tiksa Neger/Reuters) 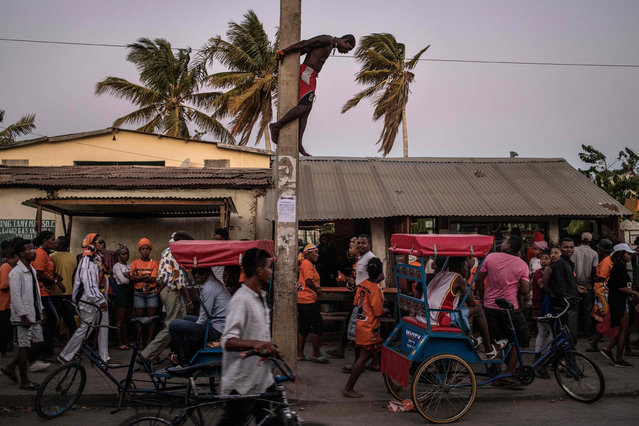 A man dangles from an electricity pole as he watches supporters of Madagascar presidential candidate Andry Rajoelina, streaming towards a rally in Tulear, on November 4, 2018. Former President Marc Ravalomanana and rival Andry Rajoelina are frontrunners in the November 7 ballot in Madagascar, where protests earlier this year erupted over a government attempt to reform electoral rules. After months of tension, the Constitutional Court ordered a caretaker government to organise the ballot. If none of the candidates gets more than 50 percent of the votes cast, a second round will be held on December 19. (Photo by Marco Longari/AFP Photo) 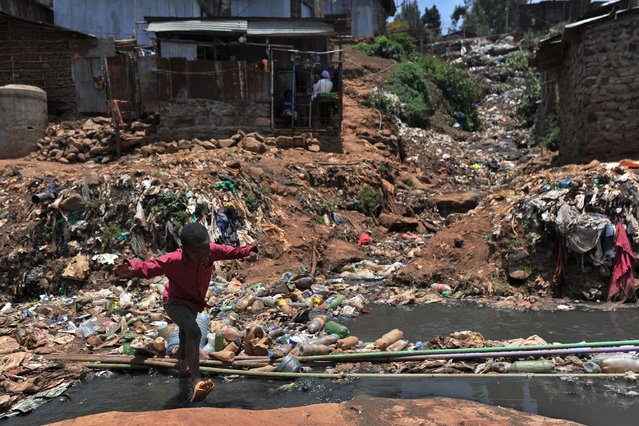 A young resident of Nairobi's Kibera slum, one of Africa's largest slums, crosses a heavily polluted section of the Ngong river on September 19, 2018. (Photo by Tony Karumba/AFP Photo) 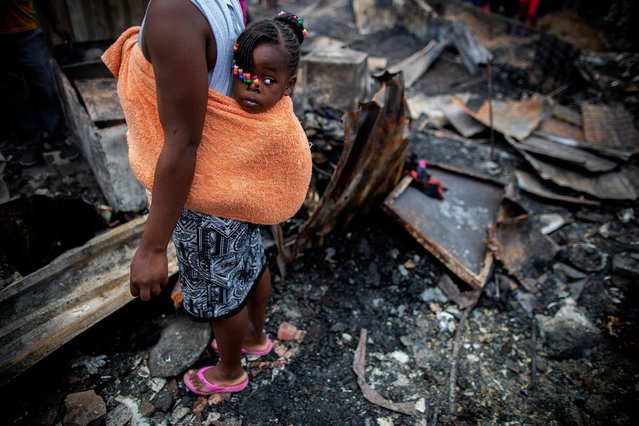 A baby girl looks on as her mother a resident of Masiphumelele informal settlement salvages material after a fire destroyed over 40 structures in Masiphumelele, Cape Town, South Africa 29 October 2018. Disaster Risk Management report 120 residents have been displaced due to the fire which was fanned by strong winds and ripped through backyard dwellings destroying a combination of shacks and formal houses. The high density living conditions caused the fire to spread rapidly. The cause is yet unknown. Disaster Risk Management is assisting survivors with food, shelter and help with arranging new documents destroyed in the fire. Cape Town is heading into its fire season with hot, dry and windy conditions prevailing. (Photo by Nic Bothma/EPA/EFE) 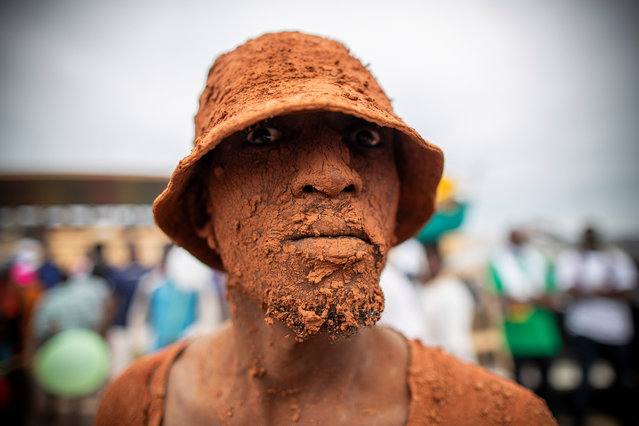 A peformance artist attends an election rally for Cameroon presidential candidate for the opposition Univers party, Cabral Libii in Yaounde, Cameroon 06 October 2018. Africa's oldest president Paul Biya who has been in power since 1982 is up against eight candidates when voters go to the polls 07 October 2018. 6.9 million registered voters will head to the polls but marginalised anglophone separatists in the North West and South West of the country threaten to disrupt the elections. (Photo by Nic Bothma/EPA/EFE)
Edit Del
12 Nov 2018 00:03:00, post received 0 comments
Publication archive:
←   →
Popular tags:
All tags
Last searches: