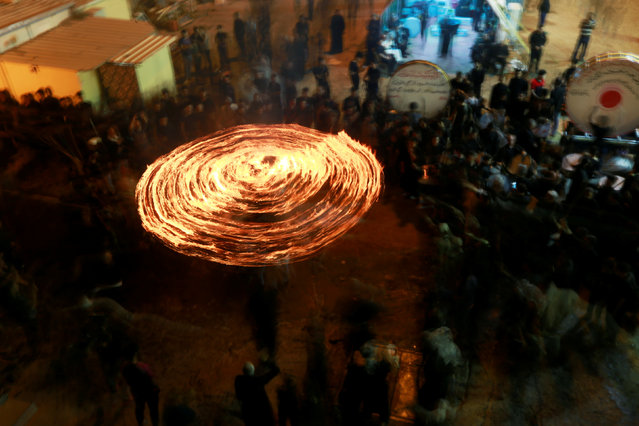 Shi'ite Muslims perform with fire during commemorations for Ashura in Najaf, Iraq on September 7, 2019. (Photo by Alaa Al-Marjani/Reuters) 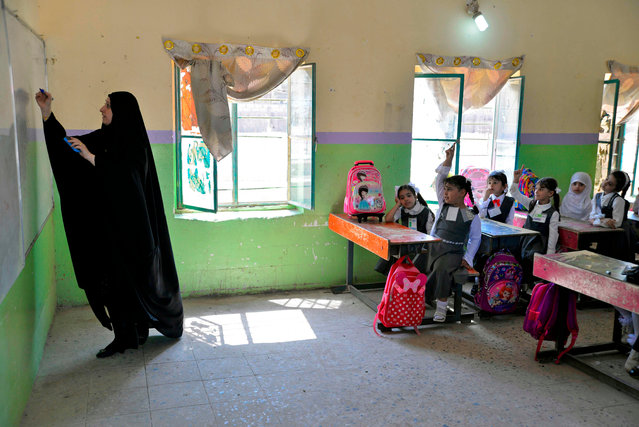 Pupils attend a class on their first day of school in the holy Shiite city of Najaf in central Iraq on September 30, 2019. (Photo by Haidar Hamdani/AFP Photo) 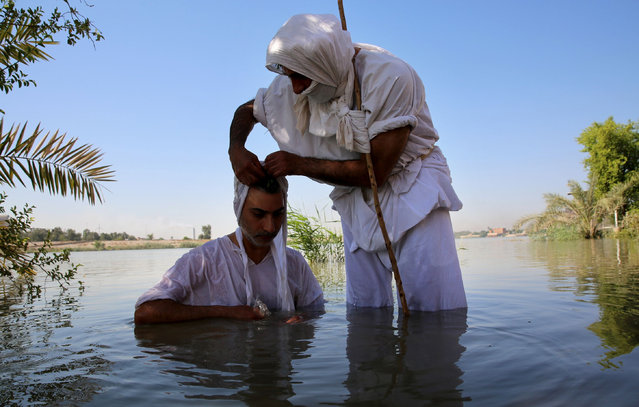 Mandean men, known in Arabic as Sabean, take part in the “great feast” or the Mandaean new year rituals in Baghdad on July 17, 2019. The Sabeans, originally from southern and southeastern Iraq, say their religion is pre-Christian even though they revere John the Baptist. Today the number has dwindled to some 5000 who live in Iraq and are officially recognised as a separate religion. (Photo by Sabah Arar/AFP Photo) 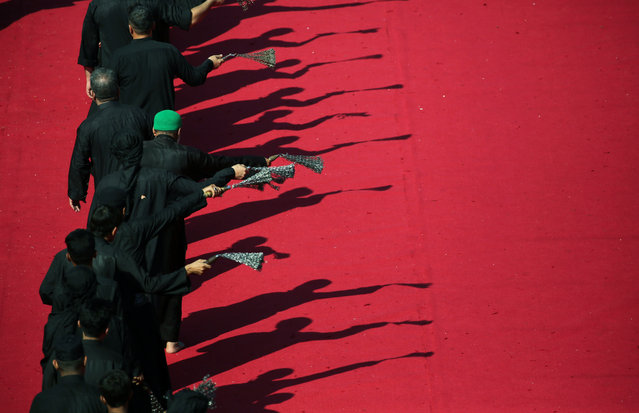 Shi'ite pilgrims flagellate themselves ahead of Ashura, the holiest day on the Shi'ite Muslim calendar in the holy city of Kerbala, Iraq, September 9, 2019. (Photo by Abdullah Dhiaa Al-Deen/Reuters) 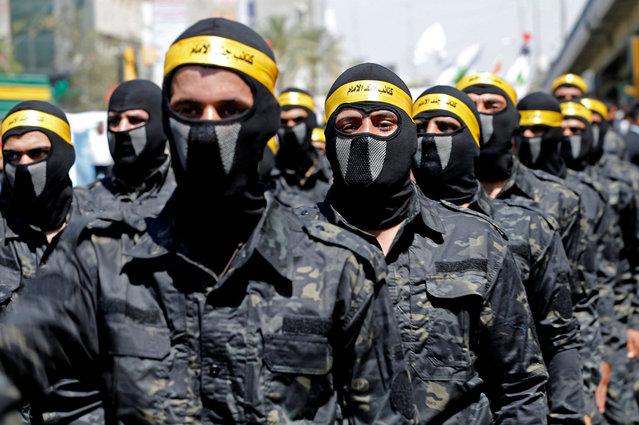 Iraqi Shi'ite Muslims march during a parade marking the annual al-Quds Day (Jerusalem Day) on the last Friday of the Muslim holy month of Ramadan in Baghdad, Iraq on May 31, 2019. (Photo by Thaier al-Sudani/Reuters) 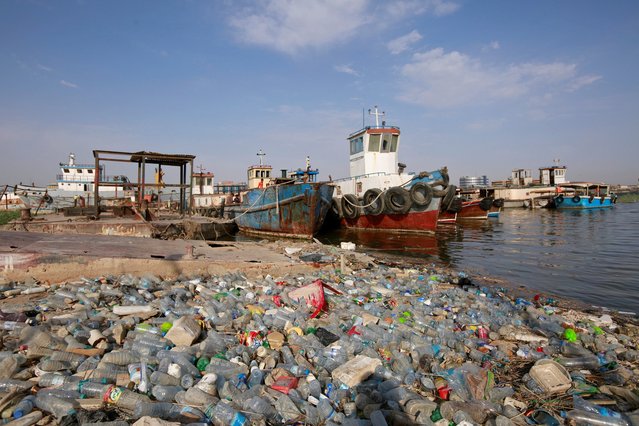 Plastic waste pile up near the shipwrecks at Shatt al-Arab river in Basra, Iraq on July 19, 2019. (Photo by Alaa al-Marjani/Reuters) 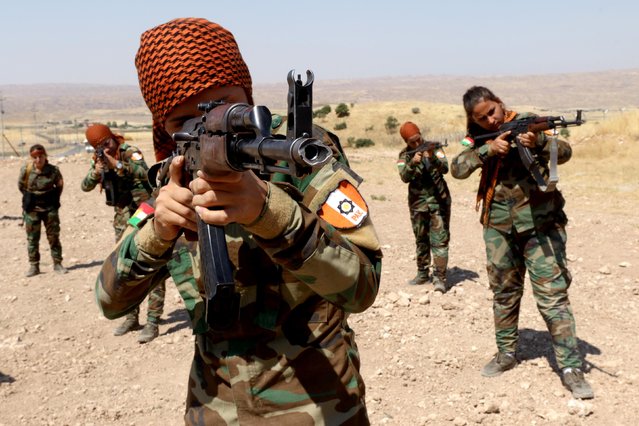 A group of Iranian Kurdish women, who have joined Kurdish Peshmerga fighters, take part in a training session in a military camp in Erbil, Iraq on July 9, 2019. (Photo by Ako Rasheed/Reuters) 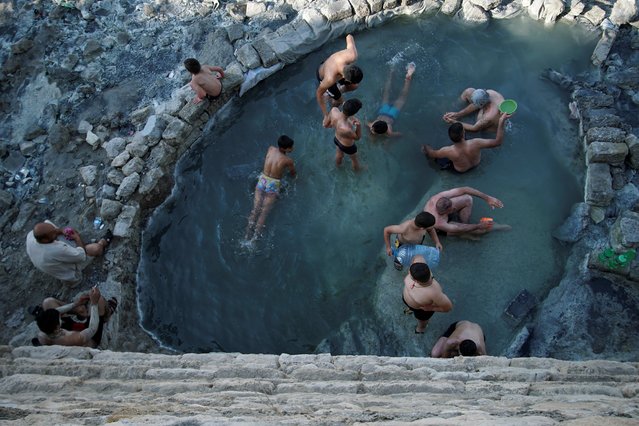 People sit in water after being covered with mud, which helps to treat the skin diseases, on banks of Tigris river west of Mosul, Iraq on August 20, 2019. (Photo by Abdullah Rashid/Reuters) 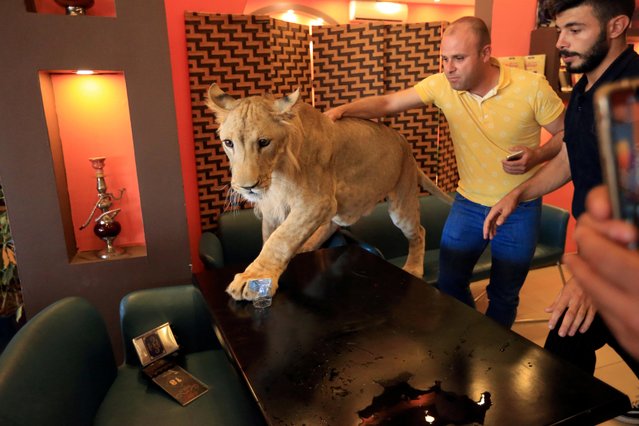 A Kurdish man tries to pet and play with Leo, a 15-month old lion owned by Kurdish Sheikh Blend Mamoon, at a cafe in Duhok, Iraq on August 23, 2019. (Photo by Ari Jalal/Reuters) 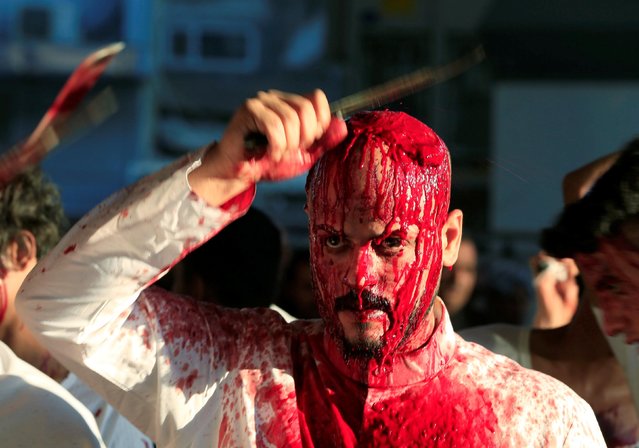 An Iraqi Shi'ite Muslim man bleed as he gashes his forehead with a sword and beat himself during a ceremony marking Ashura in Najaf, Iraq, September 10, 2019. (Photo by Alaa Al-Marjani/Reuters) 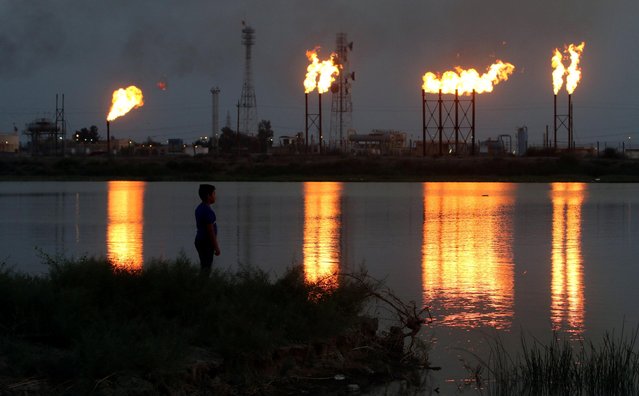 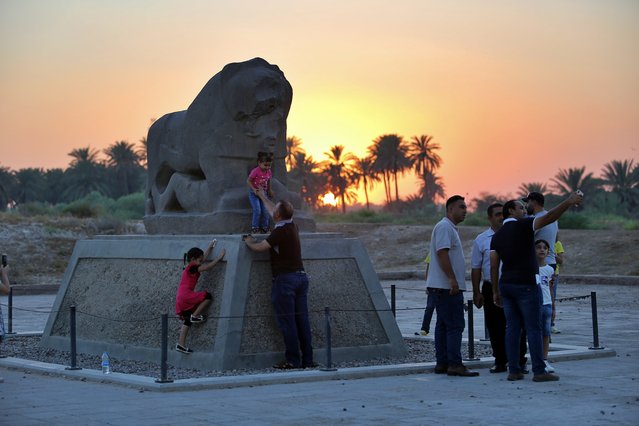 People stand near the Lion of Babylon at the archaeological site of Babylon, Iraq, Friday, July 5, 2019. Iraq on Friday celebrated the UNESCO World Heritage Committee's decision to name the historic city of Babylon a World Heritage Site in a vote held in Azerbaijan's capital, years after Baghdad began campaigning for the site to be added to the list. (Photo by Anmar Khalil/AP Photo) 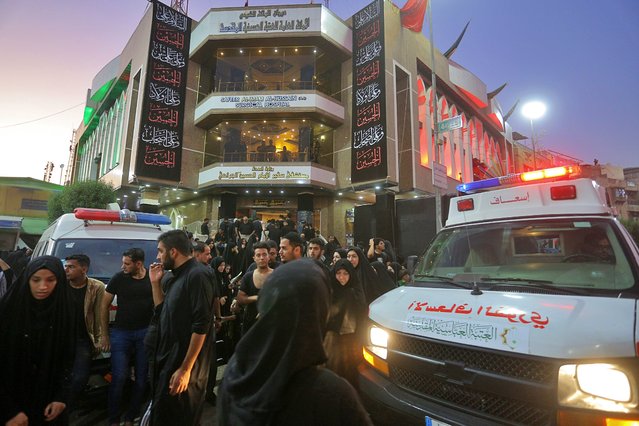 People gather outside a hospital while ambulances bring injured people after a walkway collapsed and set off a stampede as thousands of Shiite Muslims marked one of the most solemn holy days of the year in the holy city of Karbala, Iraq, Tuesday, September 10, 2019. Officials say at least 31 people have died and around 100 others were injured in the chaos Tuesday, which occurred toward the end of the Ashoura procession, causing panic and a stampede, according to two officials. (Photo by Anmar Khalil/AP Photo) 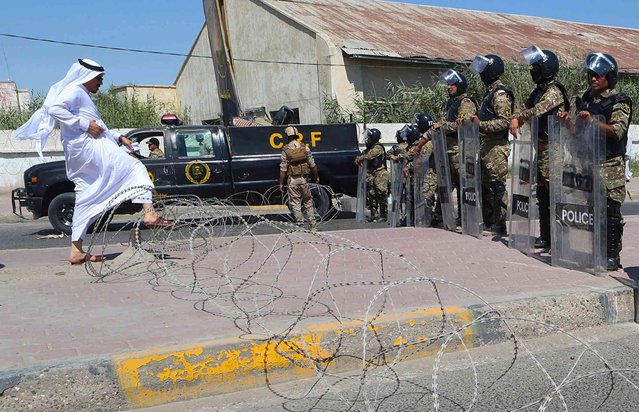 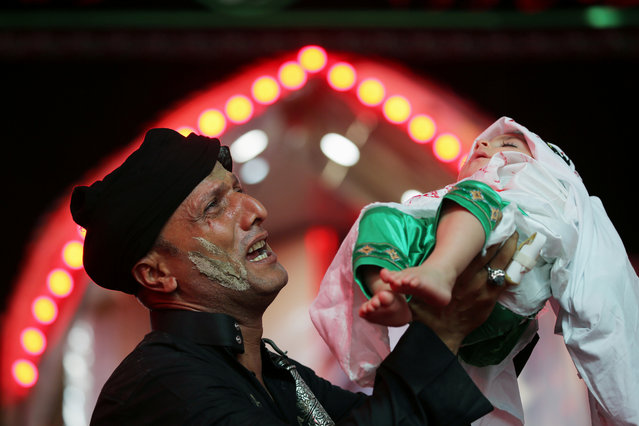 A Shi'ite Muslim holds a child as he takes part in an Ashura procession in the holy city of Kerbala, Iraq, September 9, 2019. (Photo by Abdullah Dhiaa Al-Deen/Reuters) 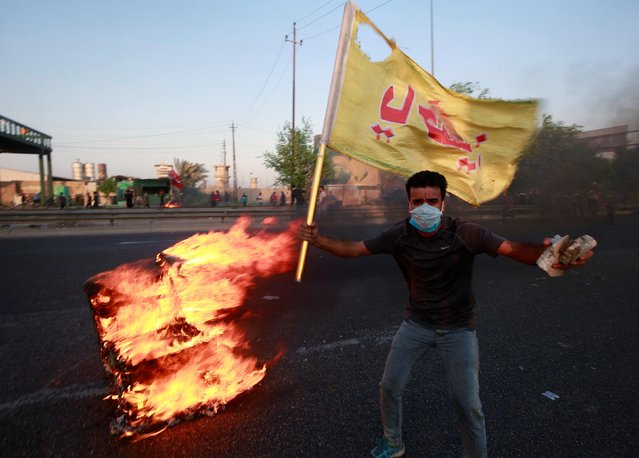 A demonstrator gestures near a burning object at a protest during a curfew, two days after the nationwide anti-government protests turned violent, in Baghdad, Iraq on October 3, 2019. (Photo by Alaa al-Marjani/Reuters) 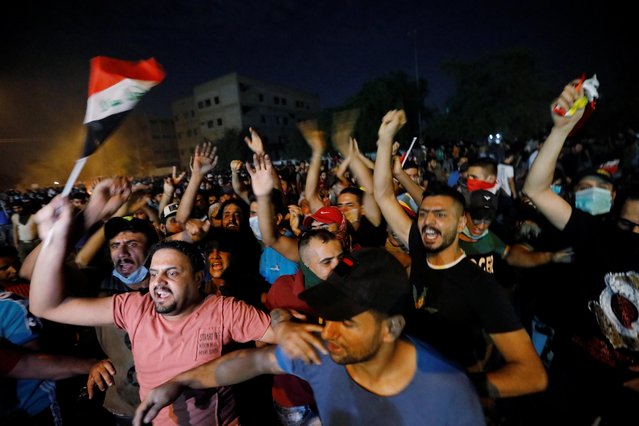 Demonstrators gather at a protest during a curfew, two days after the nationwide anti-government protests turned violent, in Baghdad, Iraq on October 3, 2019. (Photo by Thaier al-Sudani/Reuters) 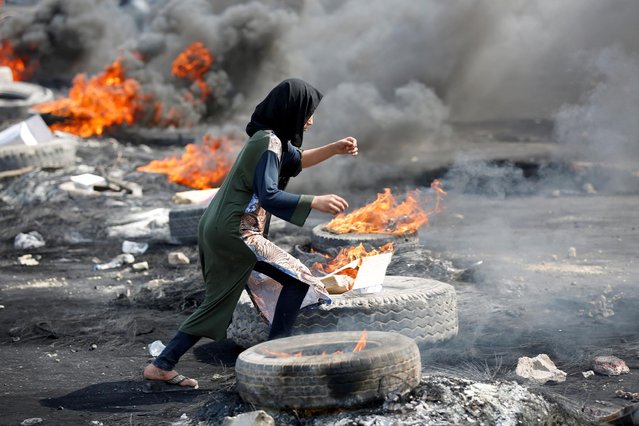