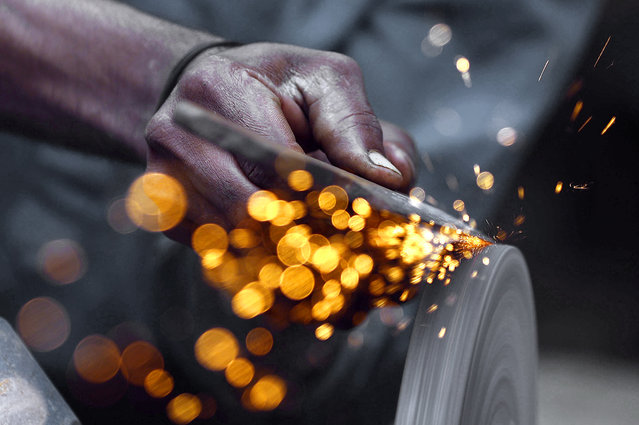 A blackmith sharpens the knives ahead of the Eid al-Adha festival in Karachi, Pakistan, 09 August 2019. Eid al-Adha is the holiest of the two Muslims holidays celebrated each year, it marks the yearly Muslim pilgrimage (Hajj) to visit Mecca, the holiest place in Islam. Muslims slaughter a sacrificial animal and split the meat into three parts, one for the family, one for friends and relatives, and one for the poor and needy. (Photo by Shahzaib Akber/EPA/EFE) Journalists make victory signs while take part in a rally marching towards the Line of Control, which divides the Himalayan region, in Chinari, a small of Pakistani control's Kashmir, Saturday, August 24, 2019. Pakistani police have stopped hundreds of journalists from symbolically trying to cross the highly militarized border into Indian-controlled Kashmir. (Photo by M.D. Mughal/AP Photo) 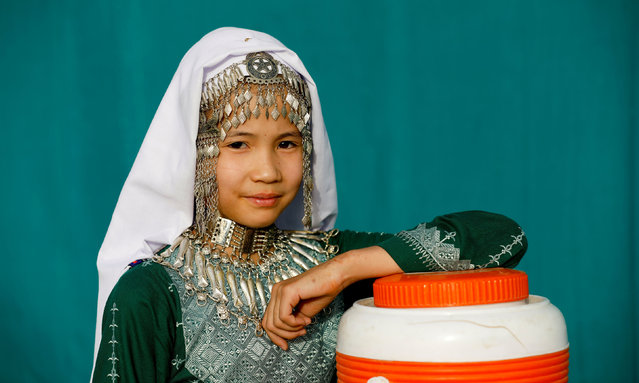 A Hazara girl with traditional jewellery poses for a photograph during a practice ahead of the Hazara Culture Day at the Qayum Papa Stadium in Mariabad, Quetta, Pakistan, June 21, 2019. The Quetta community held its first Hazara Culture Day to celebrate and showcase its history, music and traditions. (Photo by Akhtar Soomro/Reuters) 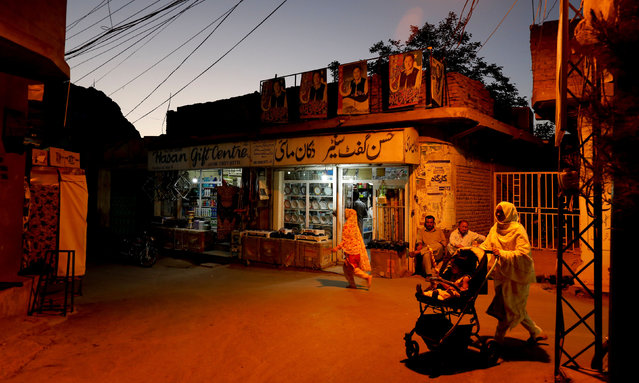 Resident walk past a shop during sunset hours along a street in Mariabad, Quetta, Pakistan, June 17, 2019. (Photo by Akhtar Soomro/Reuters) 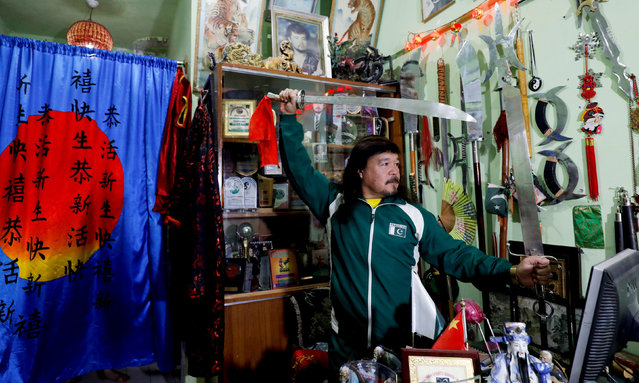 Shaolin Kung Fu Grandmaster Mubarak Ali Shan, poses for a photograph at his office in Mariabad, Quetta, Pakistan, June 13, 2019. Many Hazaras have joined the armed forces in Pakistan, where the community's past and future will stay rooted despite any violence, said Mubarak. “We want to serve Pakistan and despite suffering tragedies and incidents, our love for peace has not diminished”. (Photo by Akhtar Soomro/Reuters) 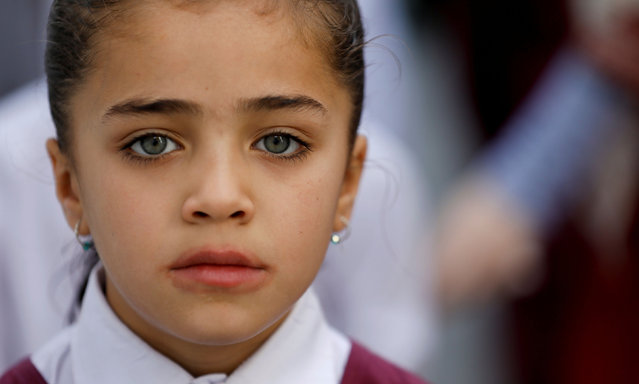 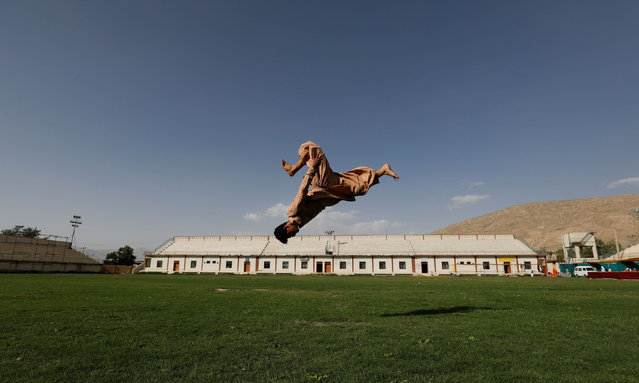 Syed Raza Hazara, 18, back flips as he performs Parkour at the Qayum Papa Stadium in Mariabad, Quetta, Pakistan, June 19, 2019. (Photo by Akhtar Soomro/Reuters) 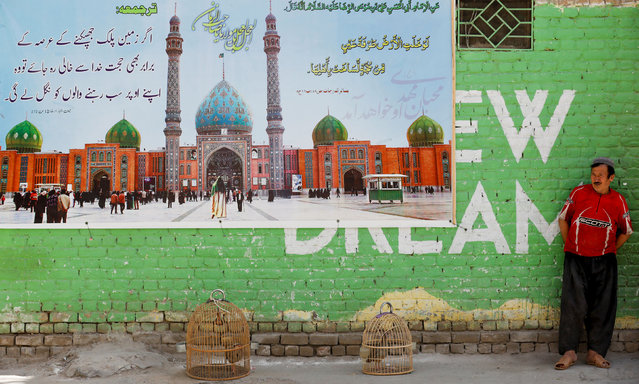 A Hazara man stands beside a poster depicting Jamkaran Mosque in Iran as he keeps an eye on his pair of caged chukars along a street in Mariabad, Quetta, Pakistan, June 19, 2019. (Photo by Akhtar Soomro/Reuters) 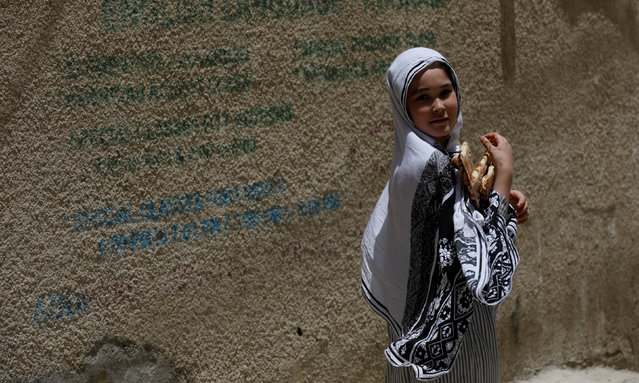 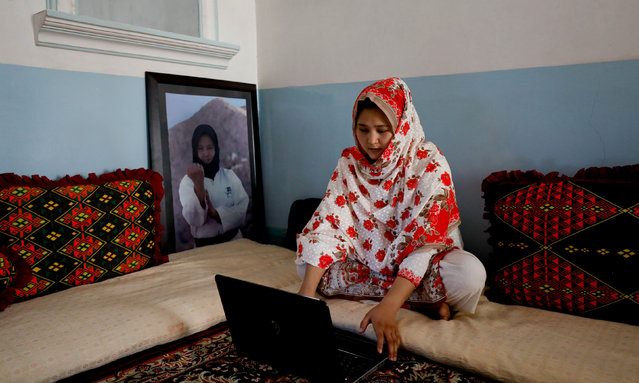 Nargis Hazara, 20, martial arts specialist, who belongs to ethnic Hazara community, works on her computer as she sits beside her portrait at her home in Hazara Town, Quetta, Pakistan, June 13, 2019. Domestic media often portray the Hazaras as targets of sectarian attacks or holding sit-ins to demand greater protection, but the community is developing and growing, said Nargis, who last year became Pakistan's first winner of an Asian Games medal in karate. “Every one of us has a dream, a target and aim in our heart, to change the image of Hazaras in the world, and especially in Pakistan”. (Photo by Akhtar Soomro/Reuters) 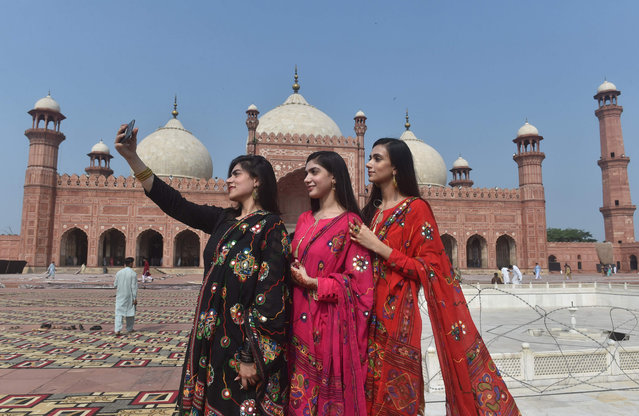 Muslim women take selfie pictures after offering Eid al-Adha prayers at the Badshahi Mosque in Lahore on August 12, 2019. Muslims around the world are celebrating Eid al-Adha (the feast of sacrifice), the second of two Islamic holidays celebrated worldwide marking the end of the annual pilgrimage or Hajj to the Saudi holy city of Mecca. (Photo by Arif Ali/AFP Photo) 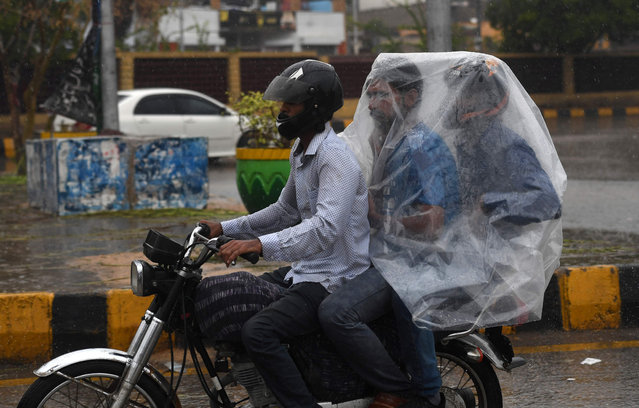 A Pakistani motorcyclist rides on a street as their passengers try to keep dry under plastic covering during monsoon rain in Karachi on July 29, 2019. (Photo by Asif Hassan/AFP Photo) Pakistani vendors carry animals in a bus for the upcoming Muslim festival Eid al-Adha in Lahore, Pakistan, Monday, August 5, 2019. Eid al-Adha, or Feast of Sacrifice, is the most important Islamic holiday and marks the willingness of the Prophet Ibrahim (Abraham to Christians and Jews) to sacrifice his son. (Photo by K.M. Chaudhry/AP Photo) 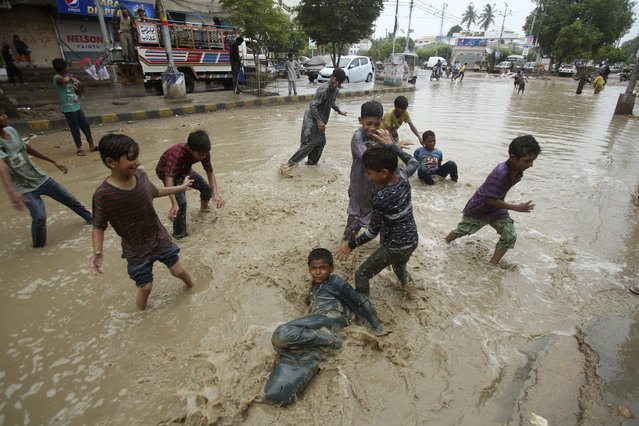 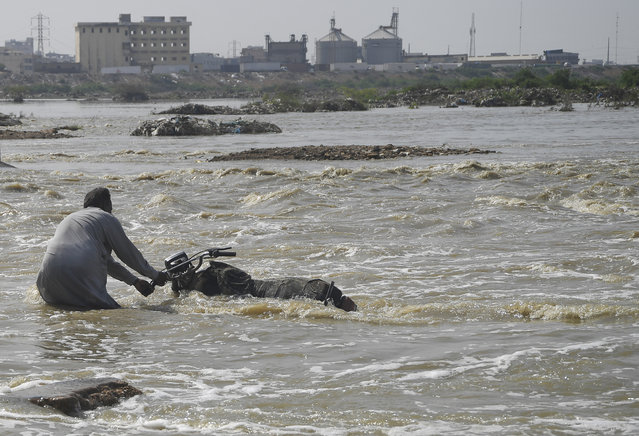 A Pakistani man tries to move his motorbike from a flooded street after heavy monsoon rains in the Pakistan's port city of Karachi on September 3, 2019. (Photo by Asif Hassan/AFP Photo) 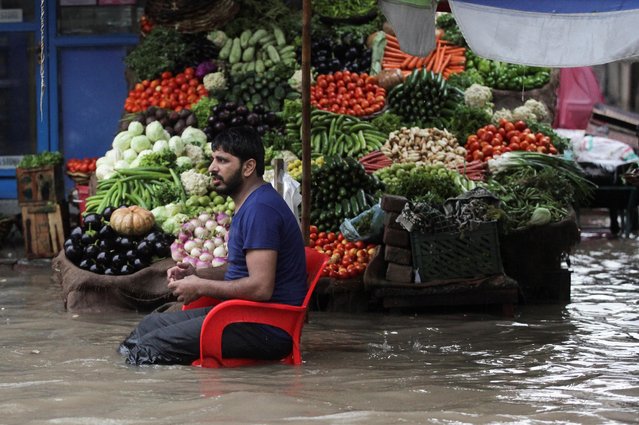