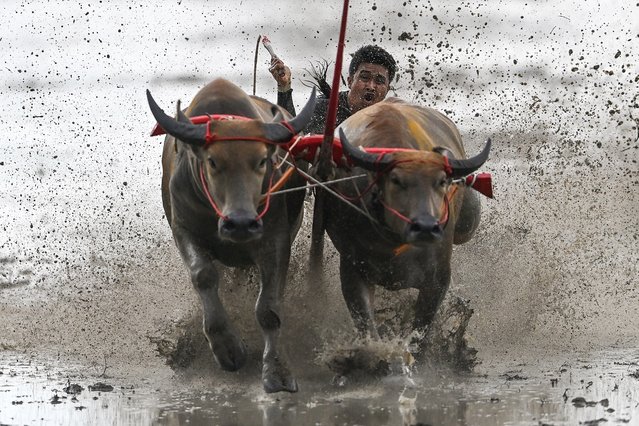 A racer rides on the back of a wooden plough as he races his buffaloes during the rice-planting festival in Chonburi on June 26, 2022 to mark the start of paddy-sowing season. (Photo by Manan Vatsyayana/AFP Photo) 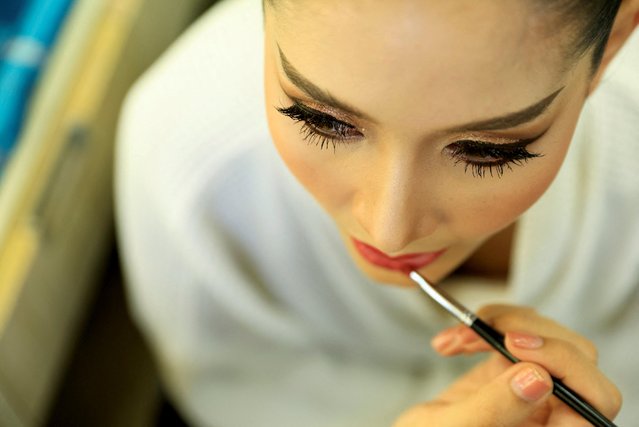 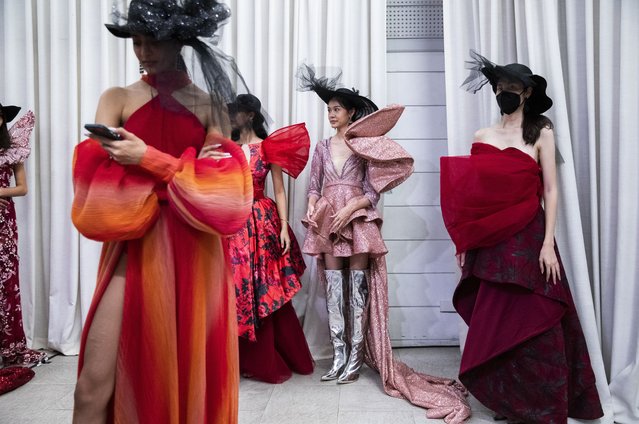 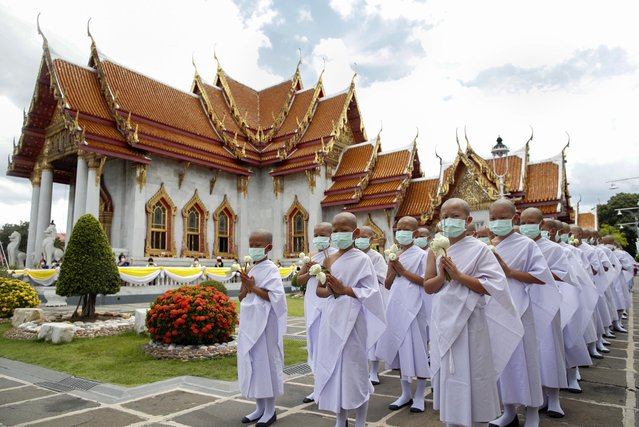 Newly ordained hill tribe Buddhist novice monks holding lotus flower and joss sticks walk in a circle procession during the annual 57th Buddhist monk ordination ceremony for hill tribe men at Wat Benchamabophit Dusitwanaram, also known as the Marble Temple in Bangkok, Thailand, 03 July 2022. A total of 174 hill tribe men including young boys from northern provinces were to be ordained as Buddhist monks and novices in the annual mass ordination ceremony to mark the three-month Buddhist Lent which this year begins on 14 July. For the duration of the Buddhist Lent, monks remain in one location, typically in a monastery or on temple grounds, where they engage in meditation and prayer, while laypeople choose to observe Lent by giving up meat, alcohol, and perform other ascetic practices. In Thailand, a Buddhist man is expected to become a monk during some period of his life. (Photo by Rungroj Yongrit/EPA/EFE) 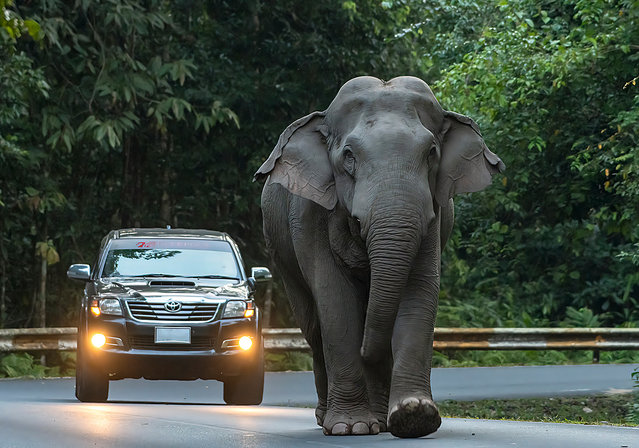 An Asian elephant called “Plai Deaw” goes for a walk on a mountain road in Nakhon Nayok, Thailand on July 11, 2022. The bull has become well known in the area for his taste for venturing out from the deep forest and emerging among cars and village homes. Thailand has an estimated 2,000 Asian elephants living in the wild but there is often conflict when they come into contact with humans on roads and in villages. A similar number of elephants are kept captive where they work in zoos and are hired out for religious festivals and weddings. (Photo by Mongkol Pitakmoo/ViralPress) 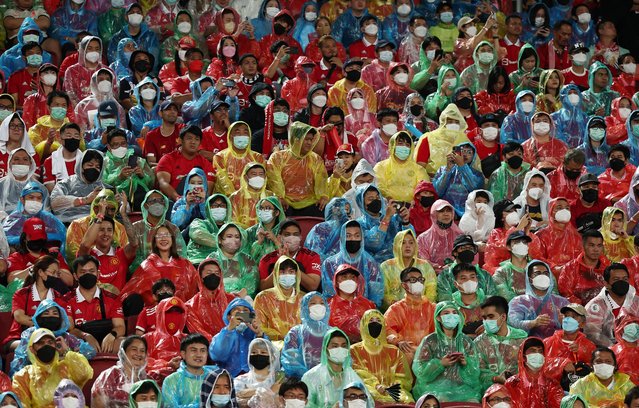 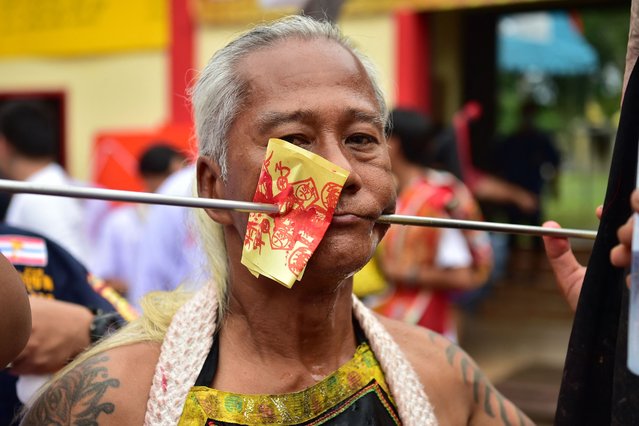 A man looks on after having his cheeks impaled as he takes part in an annual parade in honour of the the goddess of the Gow Lengchi Shrine, a traditional Chinese-style shrine in Narathiwat town, in Thailand's southern Narathiwat province on July 13, 2022. (Photo by Madaree Tohlala/AFP Photo) 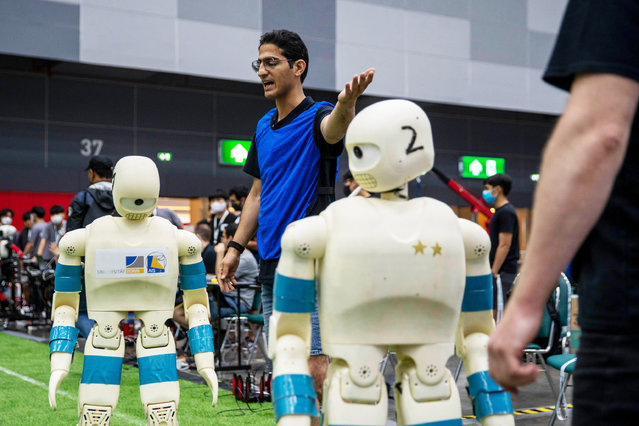 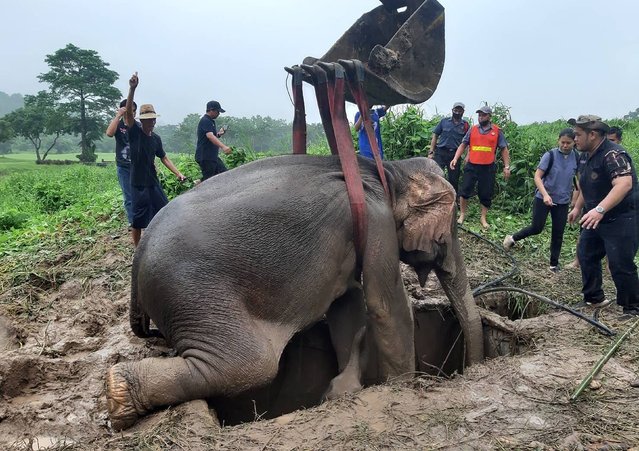 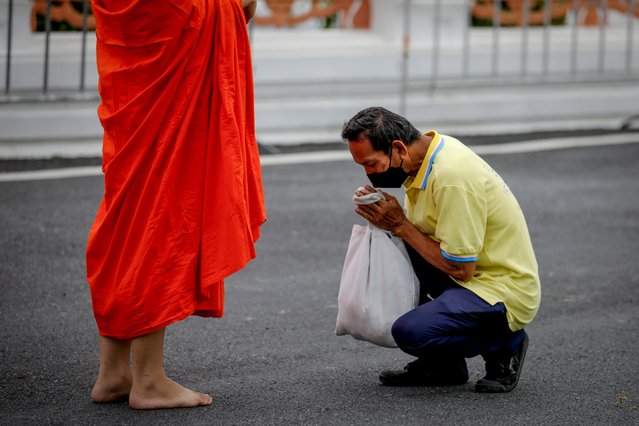 Thai Buddhist monks receive morning alms at the start of the Buddhist Lent, at Wat Benchamabophit, also known as the Marble Temple, in Bangkok, Thailand, 14 July 2022. The Buddhist Lent or “Khao Pansa” is a three-month long period that begins on the first day after the full moon of the eighth lunar month. During this period, Buddhist monks must remain in one location, typically a monastery or on temple grounds, where they engage in meditation and prayer. Many lay people also choose to give up meats, alcohol, and engage in other ascetic practices during Khao Pansa. (Photo by Diego Azubel/EPA/EFE) 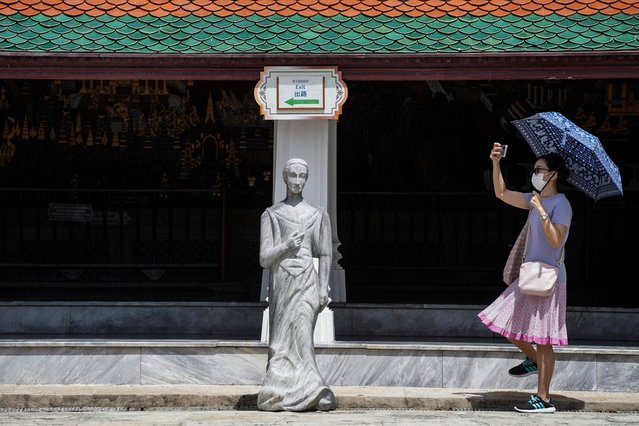 Stray cats are sedated as they prepare before sterilization at a temple in Samut Prakan on the outskirts of Bangkok, Thailand on July 20, 2022. (Photo by Athit Perawongmetha/Reuters) 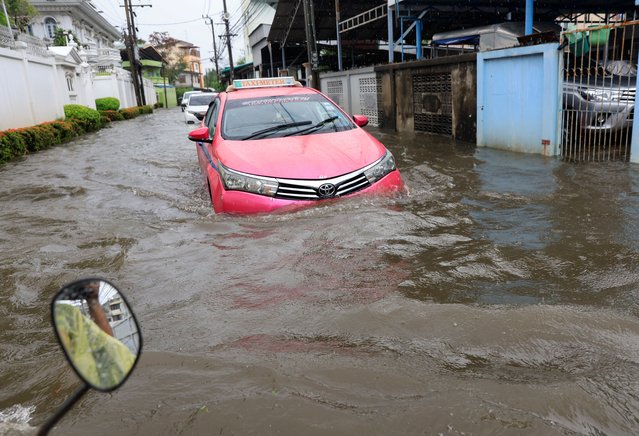 Vehicles are seen on the flooded road after heavy rain fall during the high tide time in Bangkok, Thailand on July 21, 2022. (Photo by Soe Zeya Tun/Reuters) A man drives his motor bike on a flooded road after heavy rain fall during the high tide time in Bangkok, Thailand on July 21, 2022. (Photo by Soe Zeya Tun/Reuters) 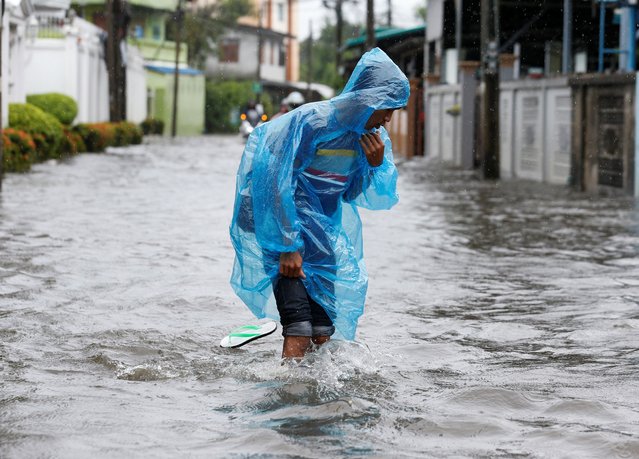 A man walks on a flooded road after heavy rain fall during the high tide time in Bangkok, Thailand on July 21, 2022. (Photo by Soe Zeya Tun/Reuters) 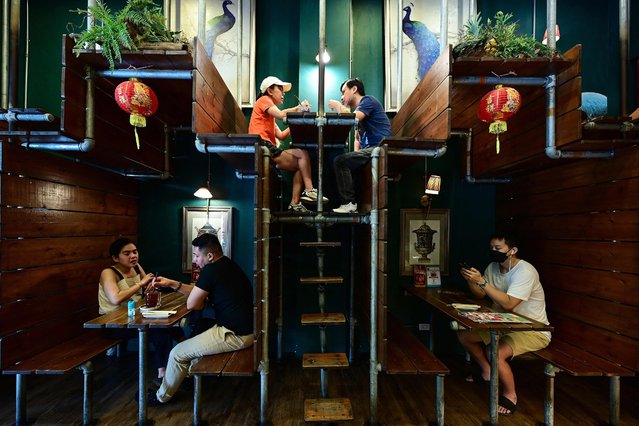 People sit at Lhong Tou cafe during lunch time in the Chinatown area of Bangkok on July 22, 2022. (Photo by Manan Vatsyayana/AFP Photo) 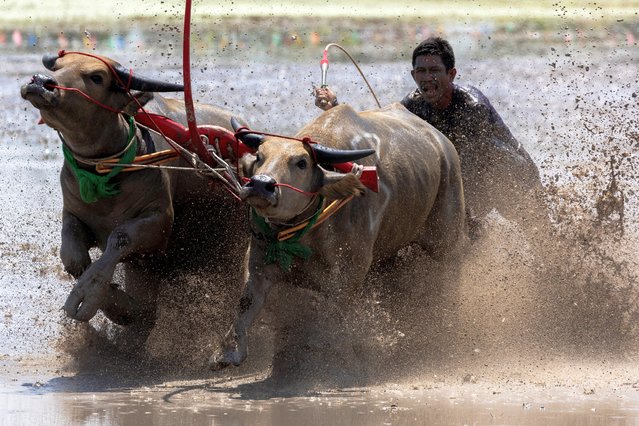 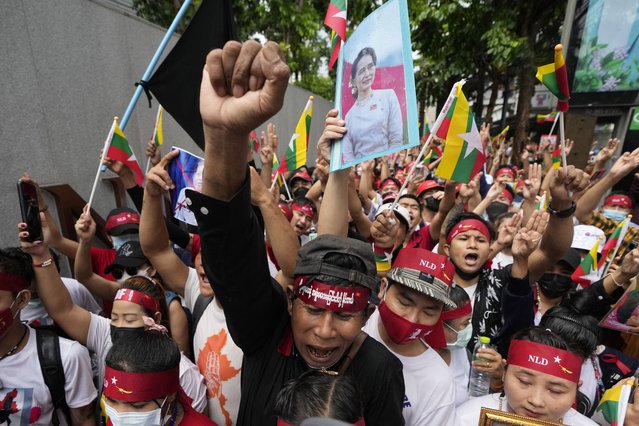 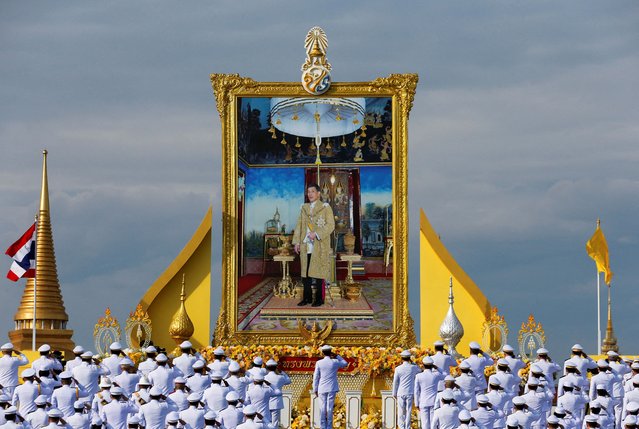 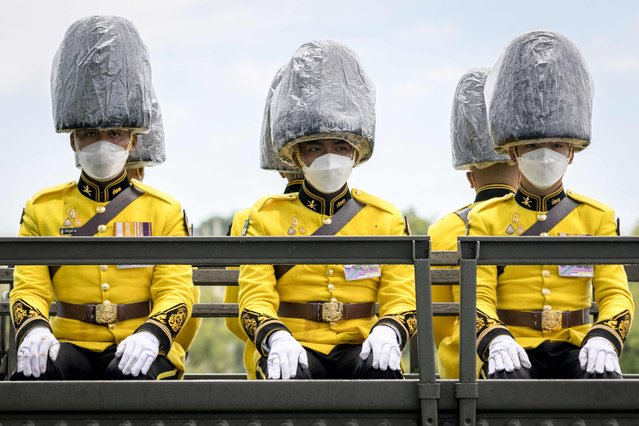