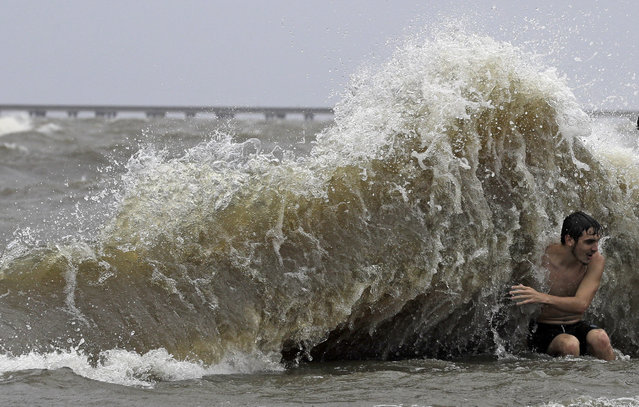 Brady Dayries is hit by a wave as winds from Tropical Storm Barry push water from Lake Pontchartrain over the seawall Saturday, July 13, 2019, in Mandeville, La. (Photo by David J. Phillip/AP Photo) Karen Travers, ABC White House corespondent, second from left, holds her children, Maeve Anderson 6, left, Kelly Anderson 3, and Mathew Anderson 3, as they are buffeted by rotor wash from Marine One, with President Donald Trump aboard, on the South Lawn of the White House before departing, Wednesday, July 17, 2019, in Washington. (Photo by Alex Brandon/AP Photo) 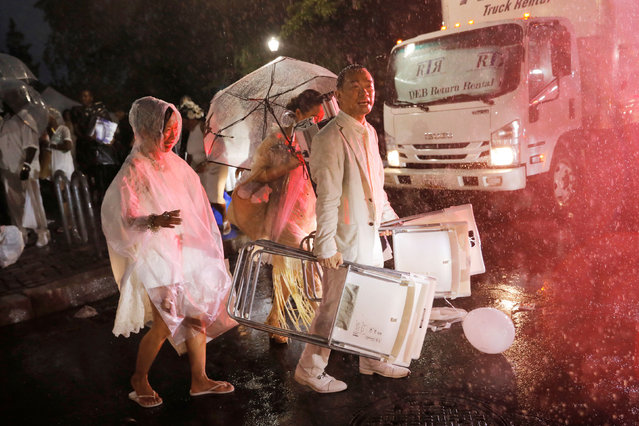 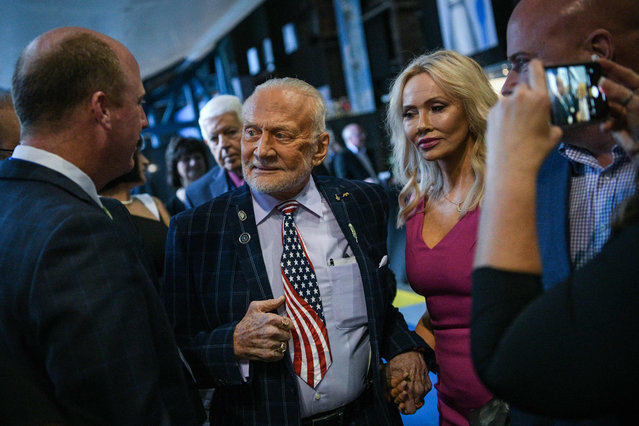 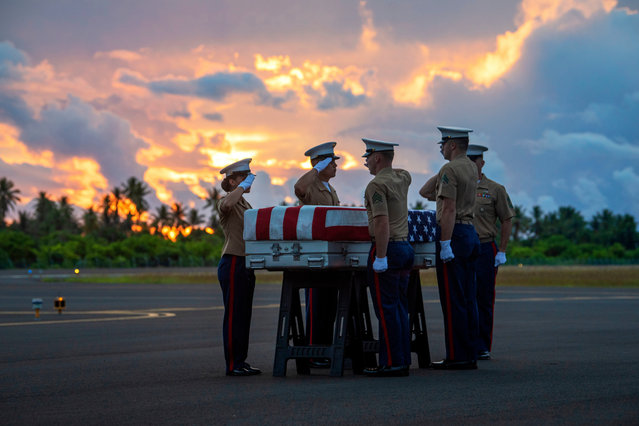 U.S. Marines from Marine Corps Forces, Pacific, salute a transfer case during a repatriation ceremony for the possible remains of unidentified service members lost in the Battle of Tarawa during WWII, Republic of Kiribati, July 18, 2019. The remains were recently recovered from sites in the Tarawa Atoll by History Flight, Inc., a DPAA partner organization, and will be accessioned into DPAA's laboratory facility in Hawaii to begin the identification process in support of DPAA's mission to provide the fullest possible accounting for our missing personnel to their families and the nation. (Photo by U S Army/ZUMA Wire/Shutterstock) 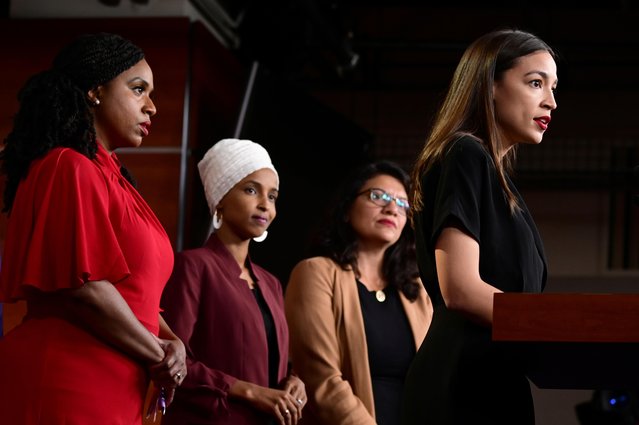 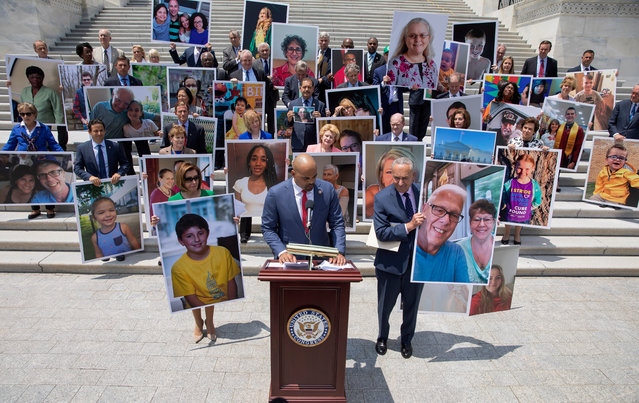 Democratic House Speaker Nancy Pelosi (L), Democratic Representative from Texas Colin Allred (C) and Democratic Senate Minority Leader Chuck Schumer (R) are joined by other Congressional Democrats holding photos of constituents with pre-existing health conditions during a news conference in support of health care coverage of pre-existing conditions on the steps of the US Senate in Washington, DC, USA, 09 July 2019. The event at the Capitol comes on as the administration of US President Donald J. Trump supports a Texas lawsuit to eliminate pre-existing condition protections in the Affordable Care Act. (Photo by Erik S. Lesser/EPA/EFE) 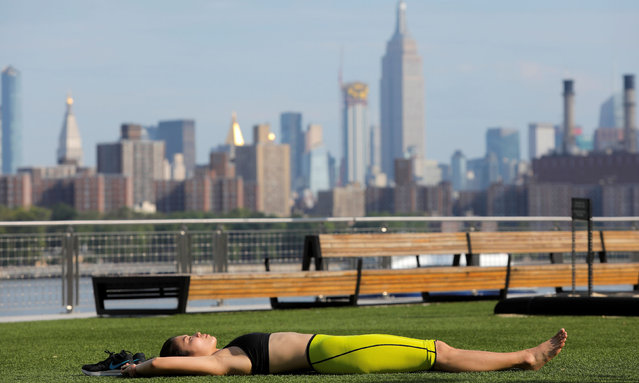 A woman lies in Domino Park as a heatwave continues to affect the region in Brooklyn, New York, U.S., July 21, 2019. (Photo by Andrew Kelly/Reuters) 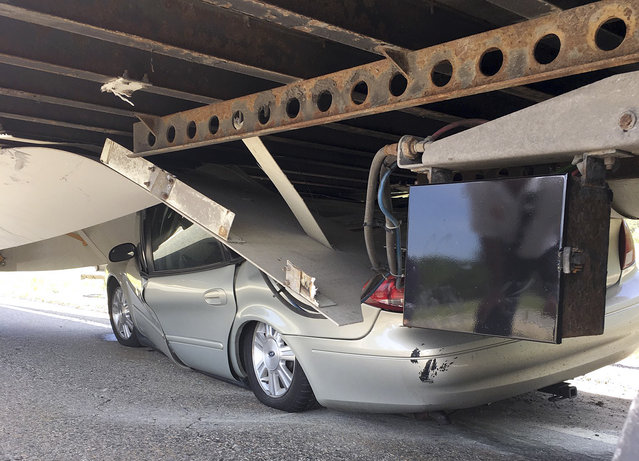 In this Tuesday, July 16, 2019 photo photo released by the Uxbridge Fire Department on its Facebook page, a car sits wedged under a tractor-trailer on Route 146 in Uxbridge, Mass. The motorist, whose name wasn't made public, climbed out of the driver's side door of the crushed car and wasn't seriously hurt. (Photo by Uxbridge Fire Department via AP Photo) 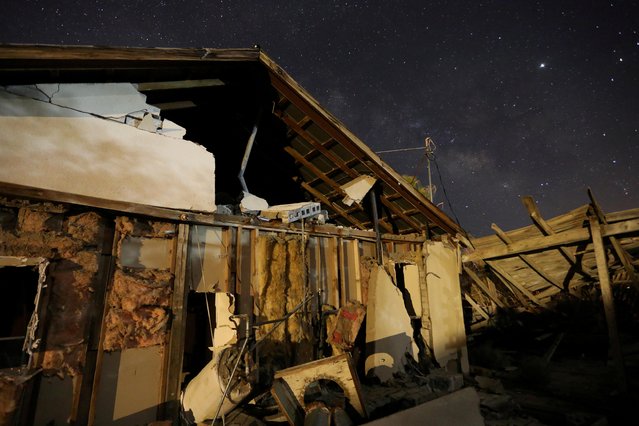 A house left destroyed by a powerful magnitude 7.1 earthquake, triggered by a 6.4 the previous day, is seen at night near the epicenter in Trona, California, U.S., July 6, 2019. (Photo by David McNew/Reuters) 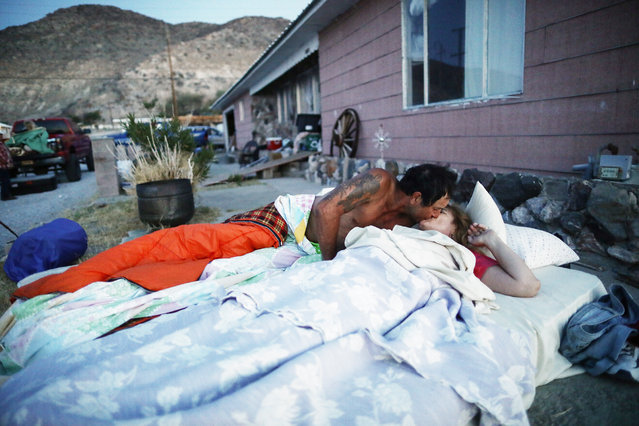 Chimene Jackson kisses her husband Johnnie shortly after dawn outside her parents' home, which has been deemed uninhabitable due to structural damage from the recent 7.1 magnitude earthquake, on July 8, 2019 in Trona, California. Homeowners Benny and Anna Sue Eldridge, husband and wife, are currently sleeping outside the home with other family members on mattresses and in trucks for safety. Firefighters told them a stronger earthquake could cause the house to collapse. Anna Sue's father constructed the home with Benny's help in 1961. During the daytime they have been packing furniture, heirlooms and other items to place into storage as they try to decide where they will live next or if they will rebuild. (Photo by Mario Tama/Getty Images) 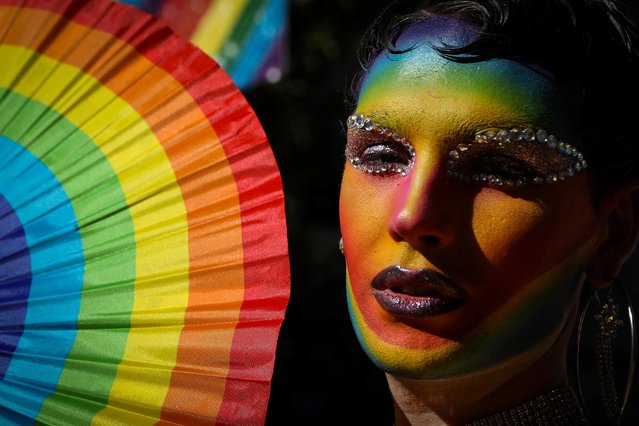 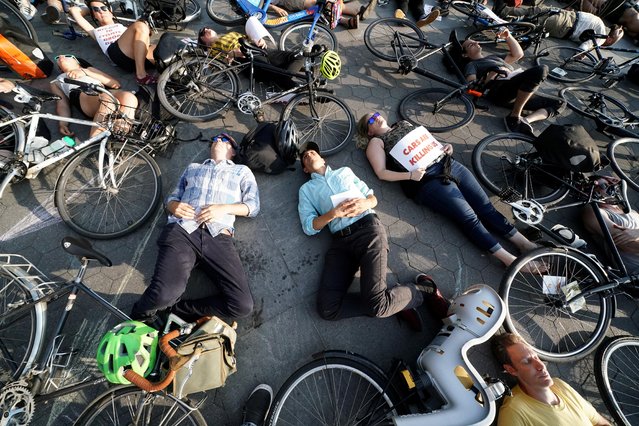 People take part in a “Die In” protest to bring attention to cycling injuries and deaths while riding on roads, in the Manhattan borough of New York, U.S., July 9, 2019. (Photo by Carlo Allegri/Reuters) 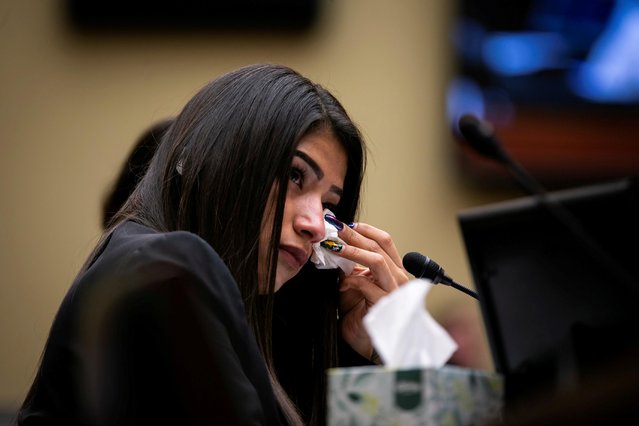 Yazmin Juarez, mother of 19-month-old Mariee, who died after detention by U.S. Immigration and Customs Enforcement (ICE) wipes away a tear as she testifies during a House Oversight Subcommittee on Civil Rights and Human Services hearing titled, “Kids in Cages: Inhumane Treatment at the Border” in Washington, U.S. July 10, 2019. (Photo by Al Drago/Reuters) 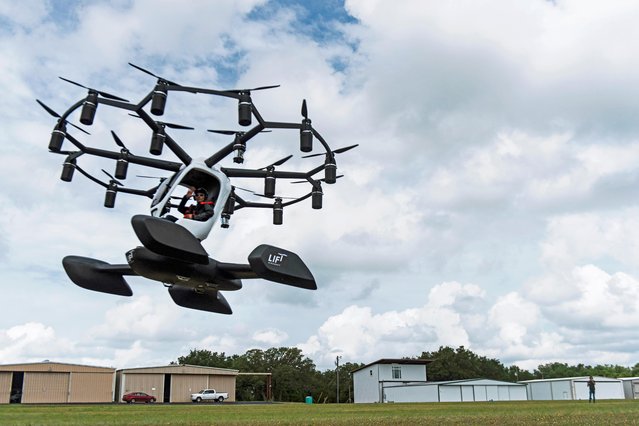 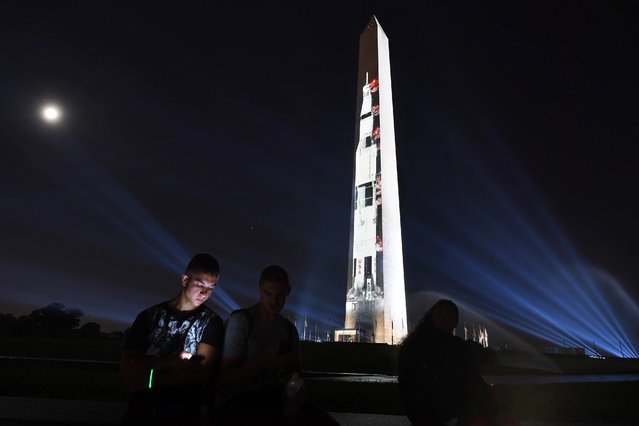 Tomas Mladenov is illuminated by his phone as an image of a Saturn V rocket is projected on the Washington Monument on July 16, 2019 to celebrate the 50th anniversary of the Apollo moon landing. (Photo by Matt McClain/The Washington Post) 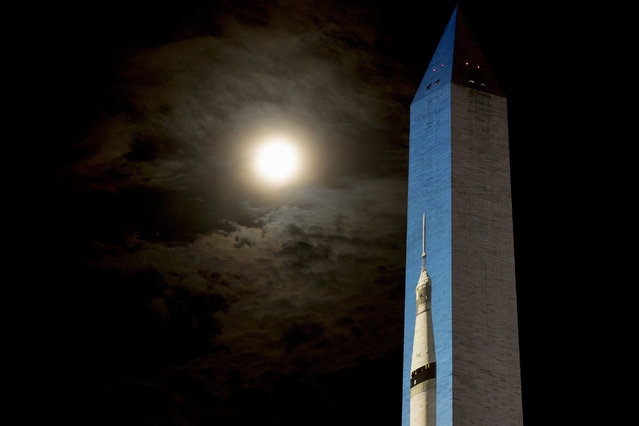 The moon is visible through clouds, left, as an image of a 363-foot Saturn V rocket is projected on the east face of the Washington Monument in Washington, Wednesday, July 17, 2019, in celebration of the 50th anniversary of the Apollo 11 moon landing. (Photo by Andrew Harnik/AP Photo) 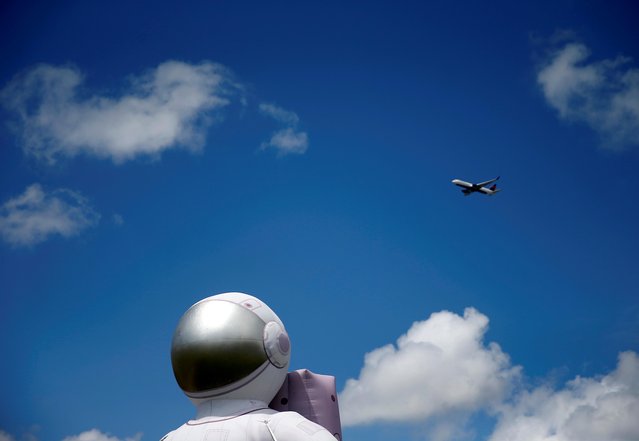 A plane passes by a large inflated astronaut outside the Museum of Flight on the anniversary of the Apollo 11 mission launch in Seattle, Washington, U.S., July 16, 2019. (Photo by Lindsey Wasson/Reuters) 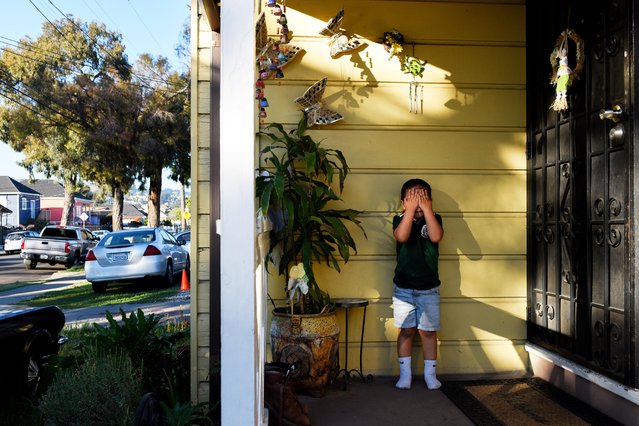 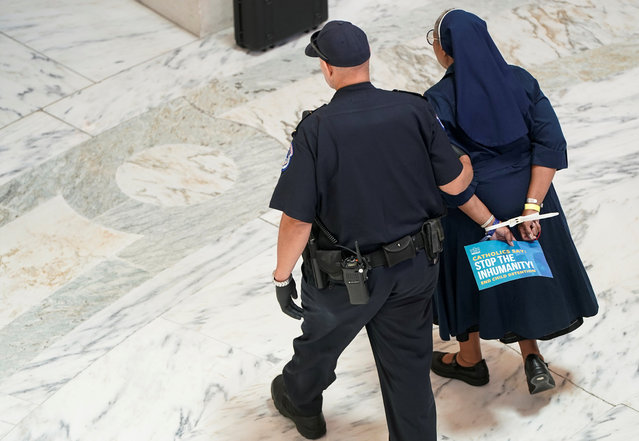 One of a members of the Franciscan Action Network and immigration rights activists is arrested during a demonstration calling for the end of immigrant detention on Capitol Hill in Washington, U.S., July 18, 2019. (Photo by Joshua Roberts/Reuters)
Edit Del
23 Jul 2019 00:03:00, post received 0 comments
Publication archive:
←   →
Popular tags:
All tags
Last searches: