Fact A Variety Of Owls 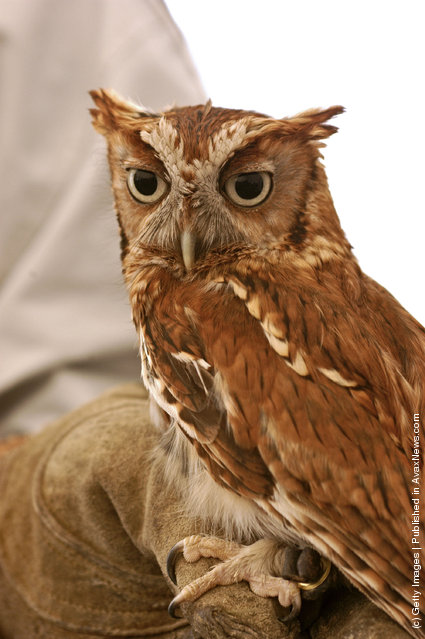 An owl poses for a picture at the Blackwater National Wildlife Refuge's “Eagle Festival”, March 13, 2004 in Cambridge, Maryland. Blackwater National Wildlife Refuge was established in 1933 as a waterfowl sanctuary for birds migrating along the critical Atlantic Flyway, and is home to over 250 bird species. With a nationwide estimated population of only 417 nesting pairs in 1963 the endagered Bald Eagle has made a comback with numbers soaring over 6000 nesting pairs. (Photo by Micah Walter/Getty Images) 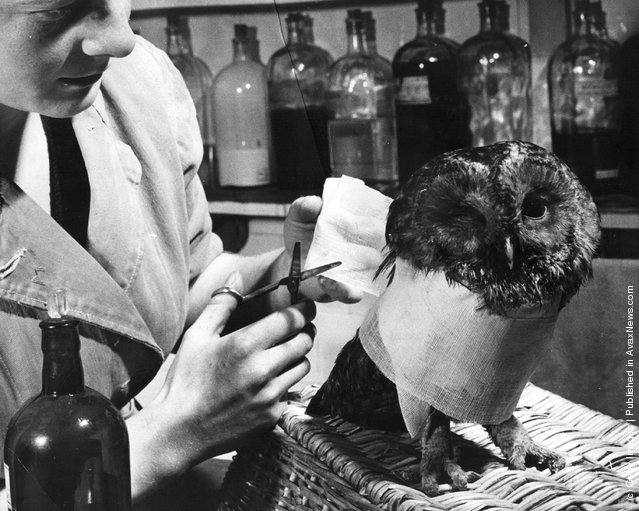 Looking rather bedraggled, Wallace the tawny owl keeps calm as his injured wing is bandaged at the Shooters Hill surgery. He has sustained a compound fracture and is being treated at Our Dumb Friends League Blue Cross Kennels. (Photo by Fox Photos/Getty Images). December 1949 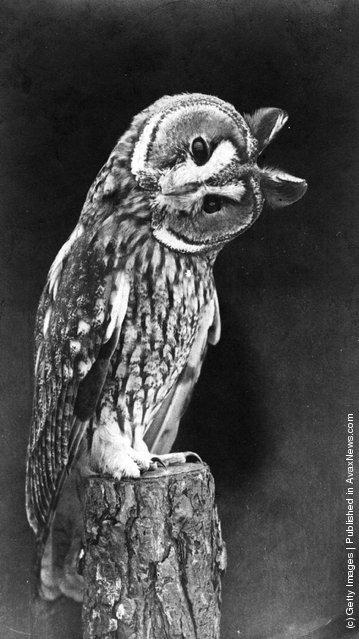 An owl perched on a tree stump. (Photo by Topical Press Agency/Getty Images). Circa 1969 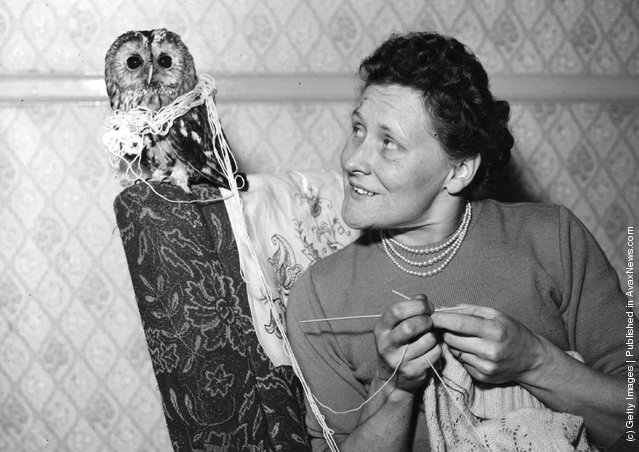 An owl wrapped up in wool next to a woman knitting. (Photo by Fox Photos/Getty Images). 1949 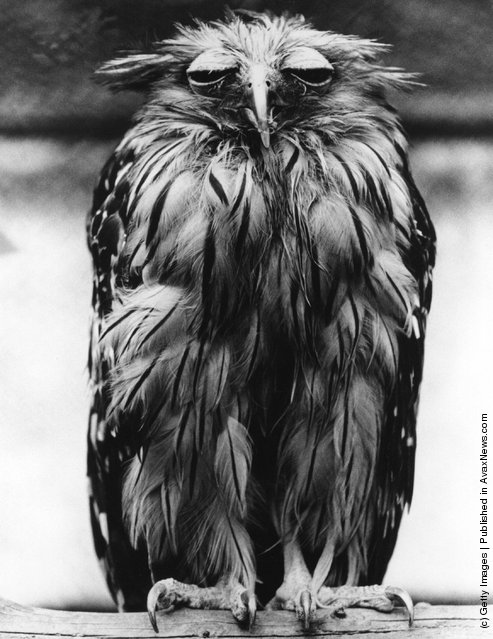 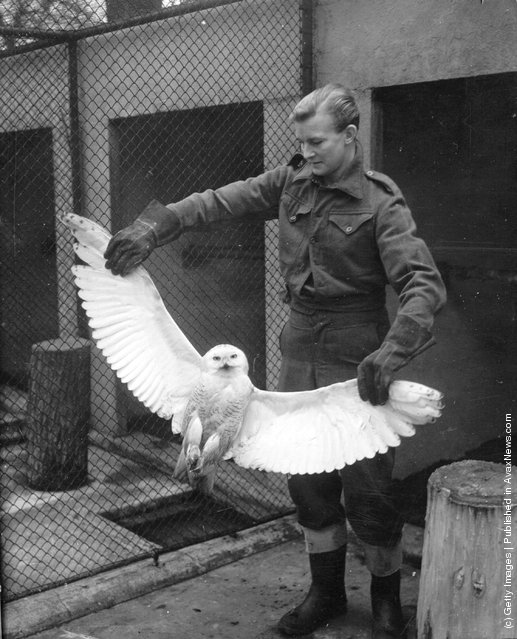 A keeper showing the wingspan of a snowy owl which was presented to London Zoo by the captain of the steamer “Eros”. The captain adopted the bird as a pet after it flew on board the ship in the Arctic, but soon noticed minor accidents occuring. By the time the steamer reached London the bird had been branded a Jonah. (Photo by Monty Fresco/Topical Press Agency/Getty Images). 17th January 1950 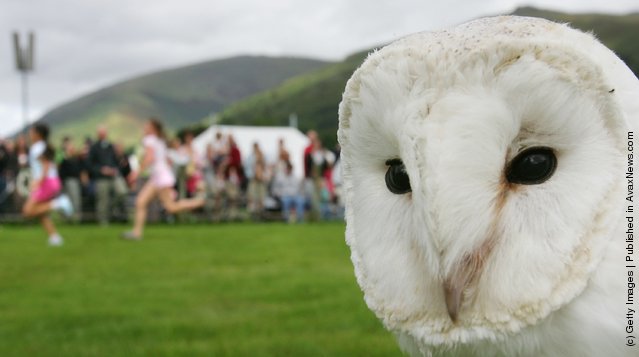 An owl is seen after the falconry display at the Grassmere Lakeland Sports & Show on August 26, 2007 in Lake District, England. Grassmere Sports is the largest traditional show in the Lakeland district. (Photo by Cate Gillon/Getty Images) 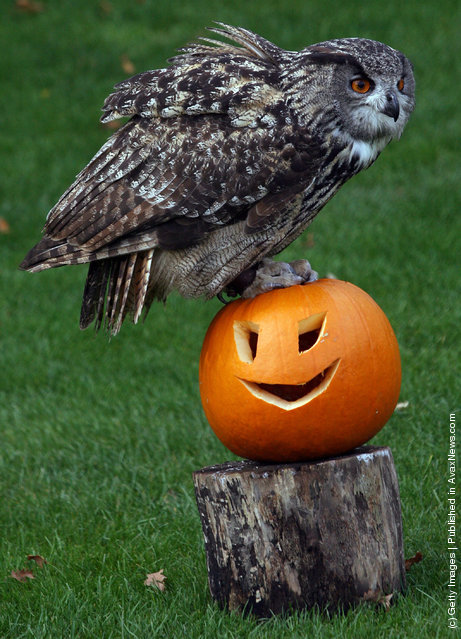 Amy the owl at Bristol Zoo Gardens sits on a special carved pumpkin that has been left as a special Halloween treat on October 28, 2009 in Bristol, England. The gift of the pumpkin does have a serious side, as they are a great addition to the animals' regular diet as they are high in vitamins, potassium, protein and fibre – as well as being the perfect enrichment toy, as the animals have to delve inside to reach the succulent flesh and plump seeds. (Photo by Matt Cardy/Getty Images) 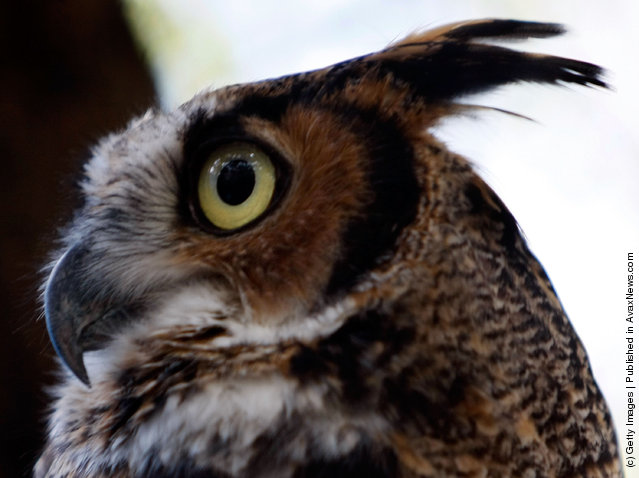 A Horned Owl is seen at the Florida Keys Wild Bird Rehabilitation Center on December 8, 2009 in Tavernier, Florida. The center need donations to operate the place that founder Laura Quinn, a retired teacher, began almost 20 years ago. They treat and release about 700 birds a year and permanently care for about 90 birds as well as having daily feedings for wild birds in the area. (Photo by Joe Raedle/Getty Images) 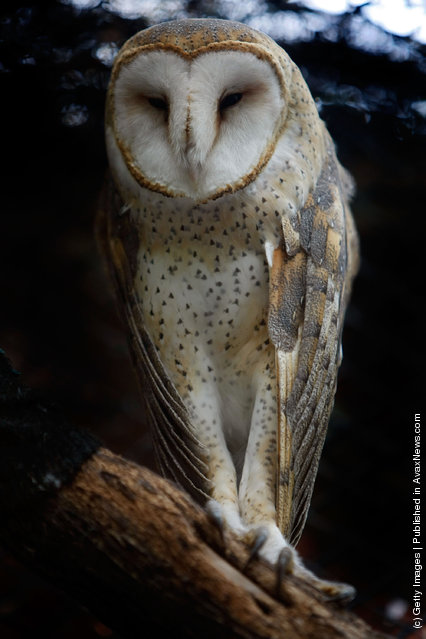 A Barn Owl is seen at the Florida Keys Wild Bird Rehabilitation Center on December 8, 2009 in Tavernier, Florida. (Photo by Joe Raedle/Getty Images) 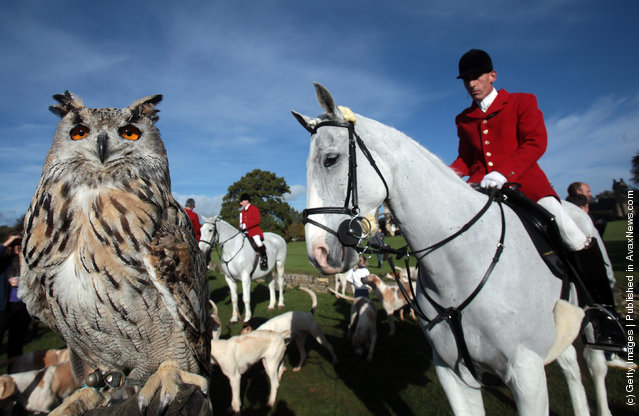 A hunting owl watches as members of the Avon Vale hunt gather in the grounds of Neston Park on the opening meet of the fox hunting season on October 30, 2010 in Neston, England. (Photo by Matt Cardy/Getty Images) 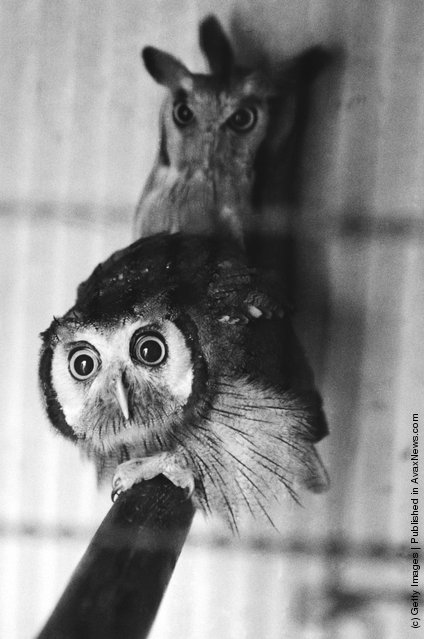