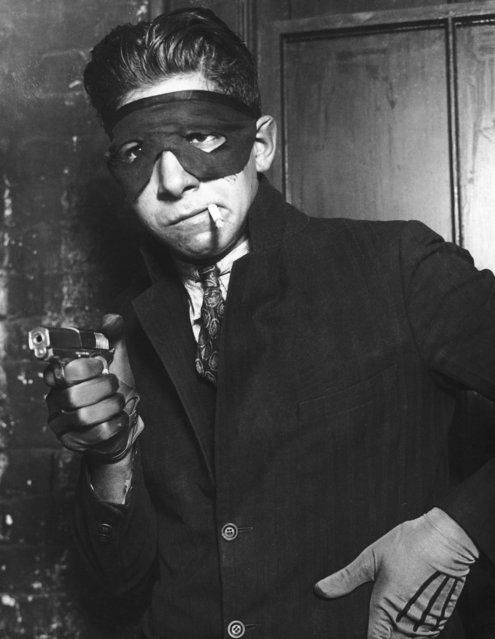 A young man posing as a masked gunman, circa 1930. (Photo by FPG/Hulton Archive/Getty Images) 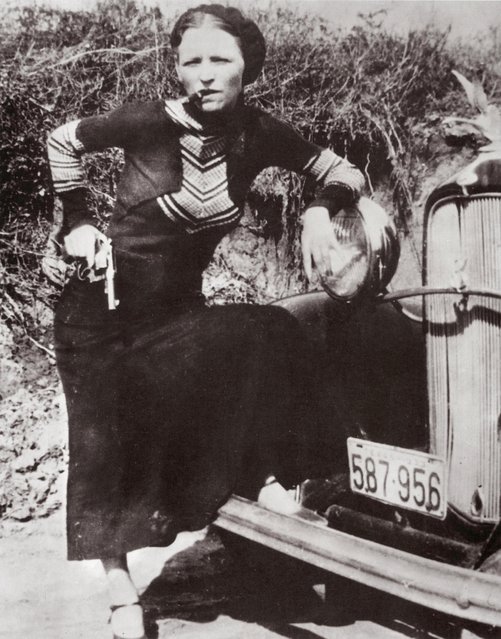 Full-length portrait of American criminal Bonnie Parker (1910 – 1934) smoking a cigar while leaning on the front fender of a car and holding a pistol on April 17, 1933. (Photo by Hulton Archive/Getty Images) 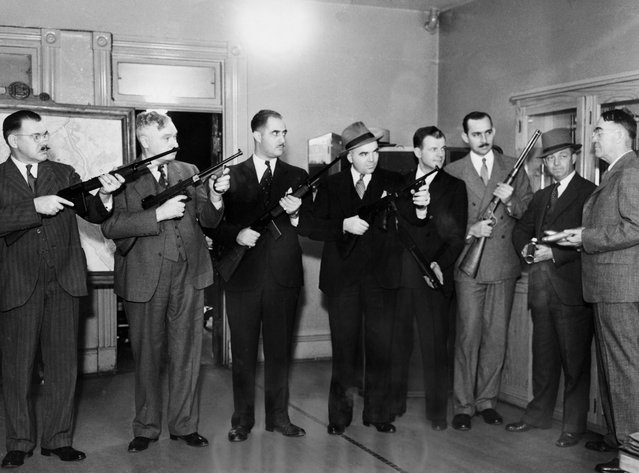 An armoured vehicle surrounded by Chicago cops at the time of the American depression, 1933. (Photo by Rolls Press/Popperfoto/Getty Images) 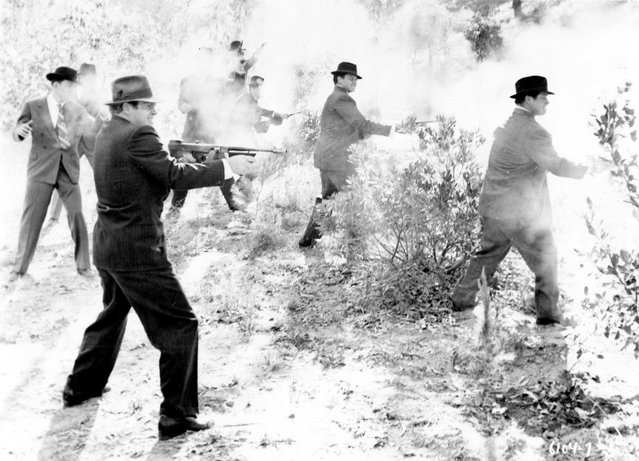 A group of men in suits and hats are obscured by the smoke from the guns, including Thompson submachine guns, shotguns, and revolvers, that they are firing in a shrubland, USA, 1930s. (Photo by Vintage Images/Getty Images) 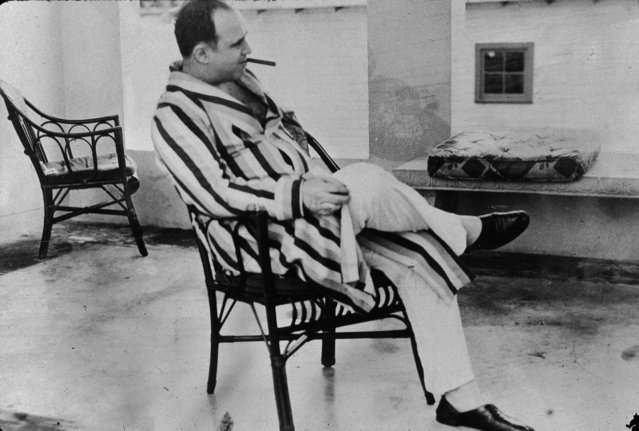 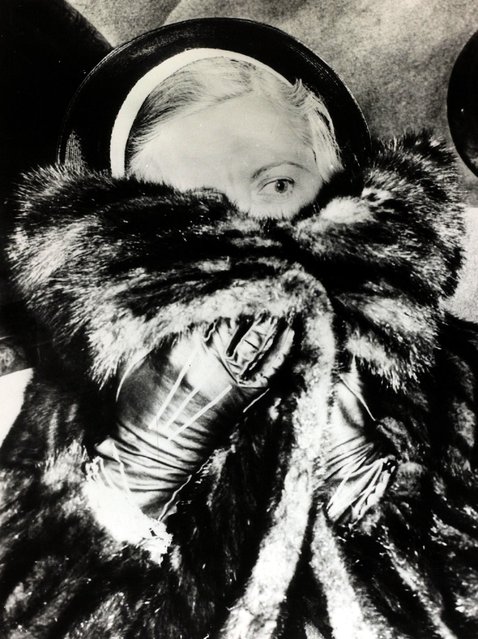 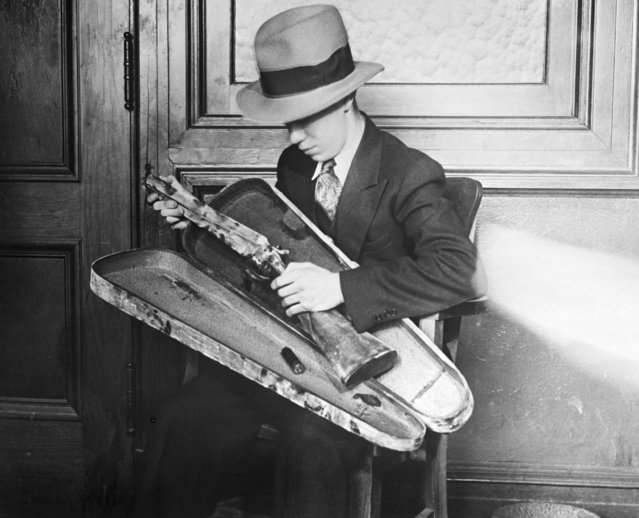 This sawed-off shotgun was carried in a violin case to the Port Newark National Bank in Newark, NJ on February 28, 1930. Three gunmen – determined to seize $25,000 – staged a wild west gun battle at the entrance of the bank in the center of the city, at 10:45 A.M. Osie Danneman, black messenger for the bank, was the hero, saving $25,000. Photo shows the violin-cased sawed-off shotgun. (Photo by Bettmann/Getty Images) 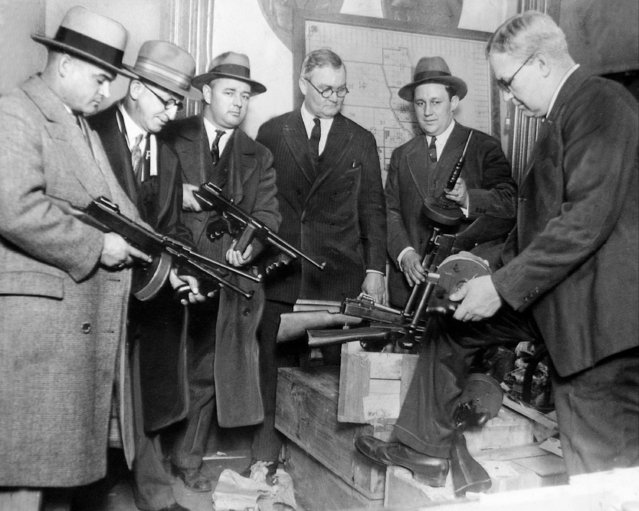 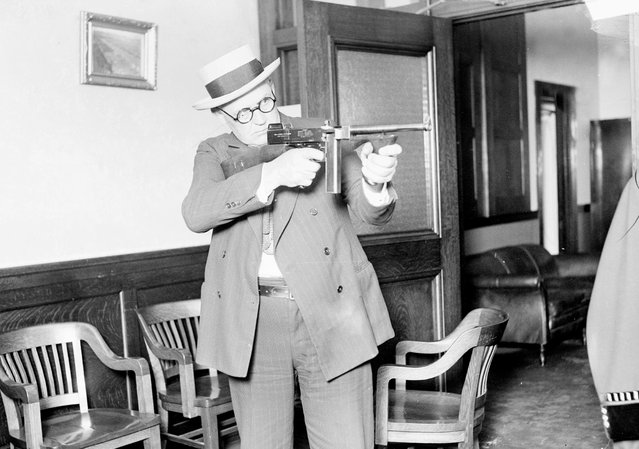 Lieutenant William Shoemacher stands and aims a Thompson machine gun, or tommy gun, Chicago, 1926. The gun, developed for World War I, was very popular with gangsters due to its high rate of fire. From the Chicago Daily News collection. (Photo by Chicago History Museum/Getty Images) 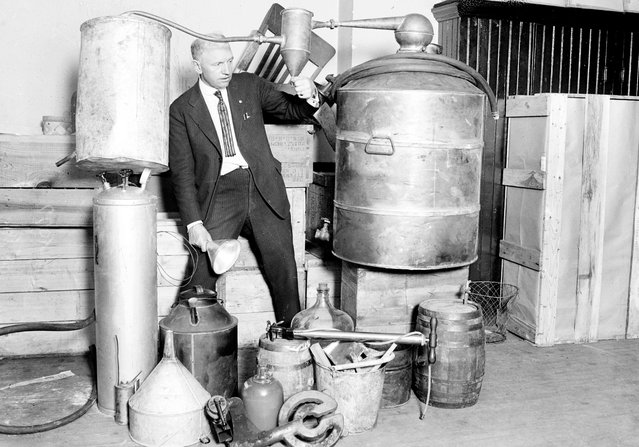 Edwin C. Arthur stands in the center of a collection of containers of moonshine taken during a South Side raid in Chicago, Illinois, 1922. From the Chicago Daily News collection. (Photo by Chicago History Museum/Getty Images) 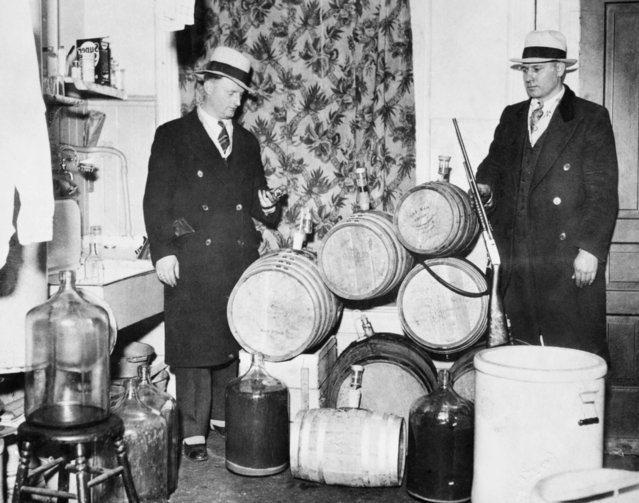 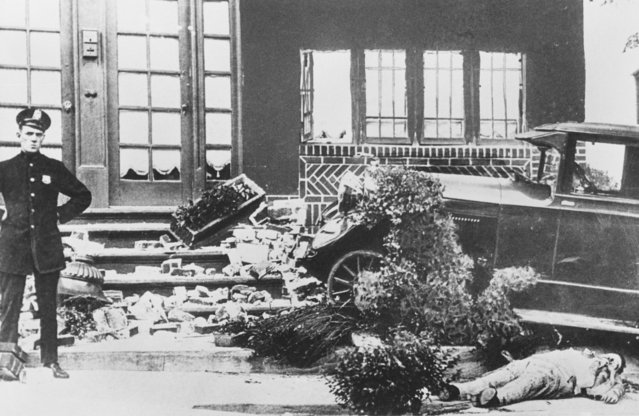 The body of noted gang chief Frankie Yale, who was born Francesco Ioele, lies beside his automobile at 44th Street, after Yale was shot to death from a pursuing automobile on July 02, 1928. Yale's car crashed into a house and he was thrown out of the car. (Photo by Bettmann/Getty Images) 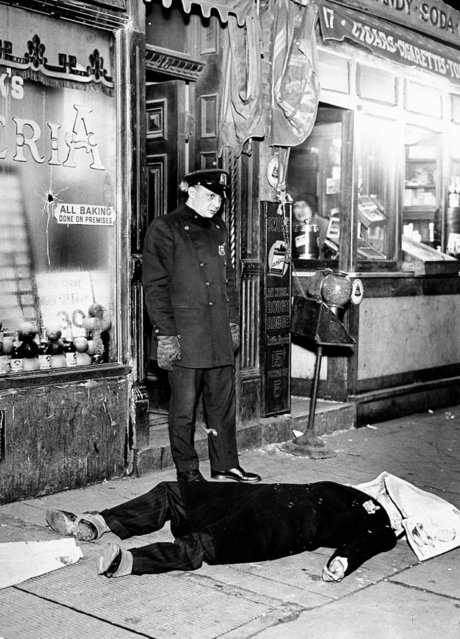 Body of John (Aces) Mazza lies in front of 17 First Ave. after dying in a gangster's duel on February 21, 1931. (Photo by NY Daily News Archive via Getty Images) 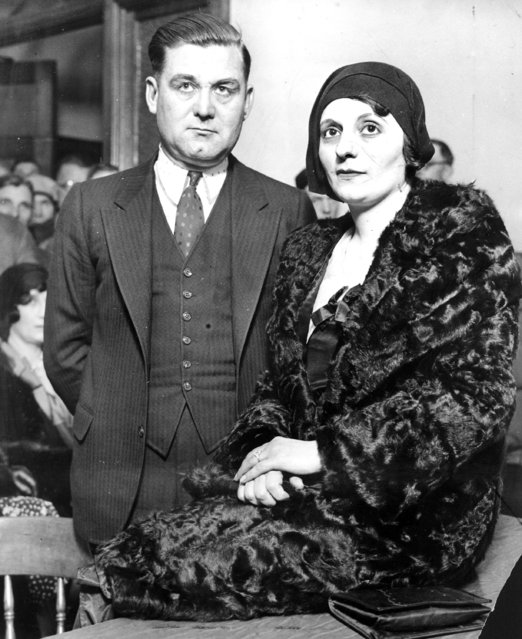 George (Bugsy) Moran, Chicago gangster, on trial at Waukegan, Illinois on December 11, 1930. Charged with vagrancy, he is being named one of Chicago's “Public Enemies”. Vehemently denied in court the charges, and declared himself a business man. His wife was with him in court and was twice in tears during the arguments. (Photo by NY Daily News Archive via Getty Images) 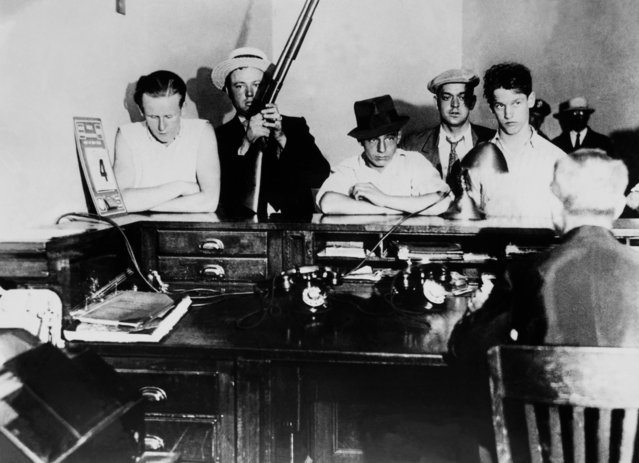 War veterans, members of a civilian organization for the suppression of crime, leading gangsters to the police station following their arrest in the United States in 1932. (Photo by Keystone-France/Gamma-Keystone via Getty Images) A car riddled with bullet holes belonging to New-York gangsters, in 1933. After a police chase, the criminals were arrested by policemen who had fired a hundred shots at their car. (Photo by Keystone-France/Gamma-Keystone via Getty Images) 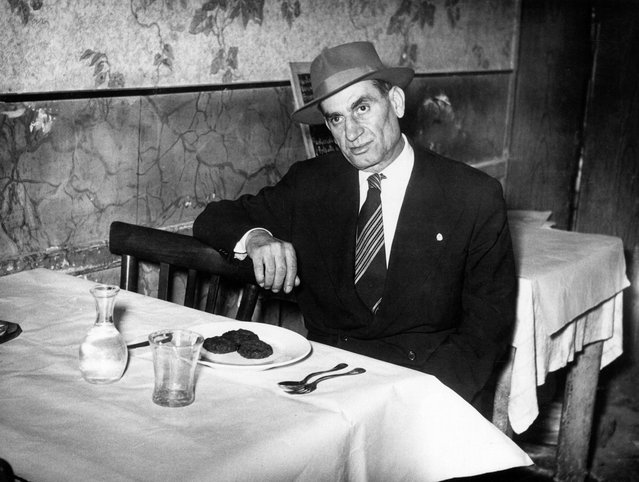 Italian-American mafioso Frank Frigenti sitting at a table in a restaurant. Italy, 1950s. (Photo by Mondadori Portfolio via Getty Images) 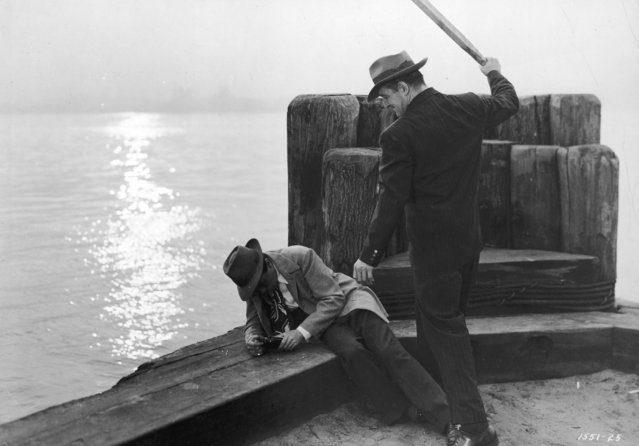