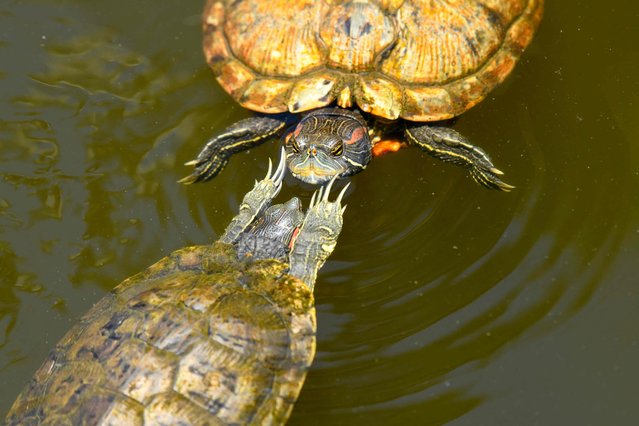 A pair of terrapins interact in a pond at the Botanical Garden in Singapore on October 8, 2021. (Photo by Roslan Rahman/AFP Photo) 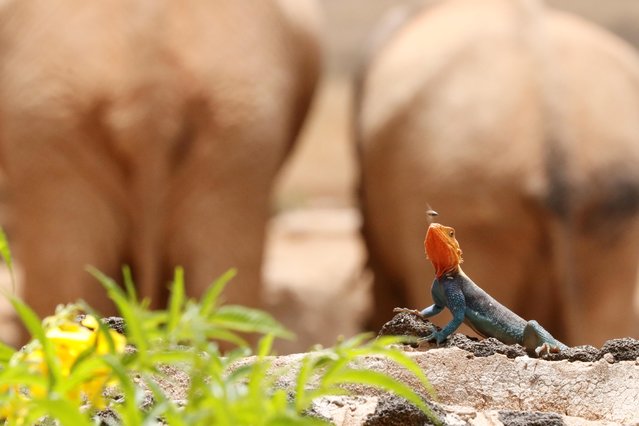 A monitor lizard catches an insect at Ngulia Safari Lodge, one of Kenya's most popular safari destinations, amid the impact of the coronavirus disease (COVID-19) pandemic, at Tsavo West National Park in Tsavo region, Kenya, September 21, 2021. (Photo by Jackson Njehia/Reuters) 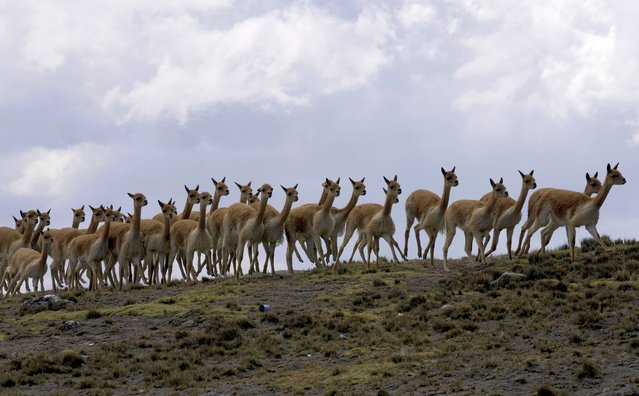 Wild vicuñas run inside a temporary corral at the Apolobamba protected nature reserve, near the Andean village of Puyo Puyo, Bolivia, Sunday, September 26, 2021. Once over-hunted and on the brink of extinction, most vicuñas nowadays are protected in reserves in Bolivia, where Aymara shear and release the animals, to use the hair to make clothing. (Photo by Juan Karita/AP Photo) 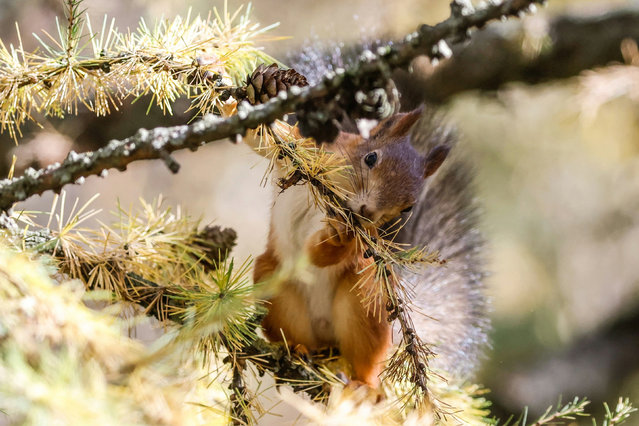 A squirrel sits in the sun and chews a cone in Moscow, Russia on October 6, 2021. (Photo by Evgenia Novozhenina/Reuters) 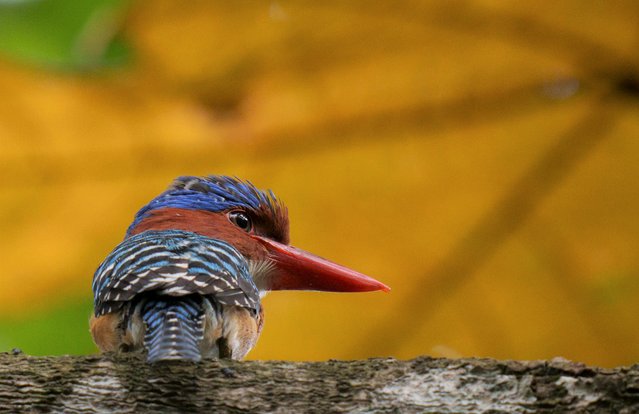 A male Banded Kingfisher are seen on a tree at a jungle on the outskirts of Kuala Lumpur, Malaysia, Friday, October 8, 2021. (Photo by Vincent Thian/AP Photo) 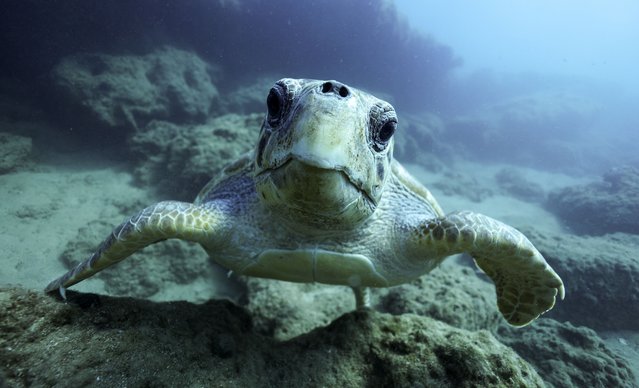 A turtle in the Aegean Sea off the island of Crete, Greece on September 28, 2021. (Photo by Sergei Bobylev/TASS) 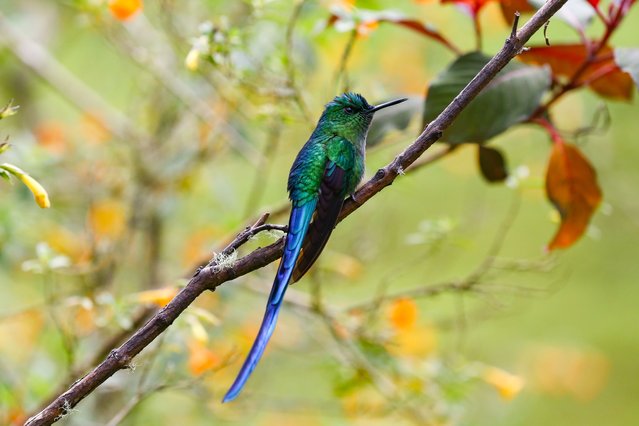 A hummingbird is seen as hundreds of bird species can be observed near Manizales, Colombia, on September 25, 2021. The region has become a great place that attracts bird watchers. Warm climate as well as cold climate birds could be found in the same area. (Photo by Juan David Moreno Gallego/Anadolu Agency via Getty Images) 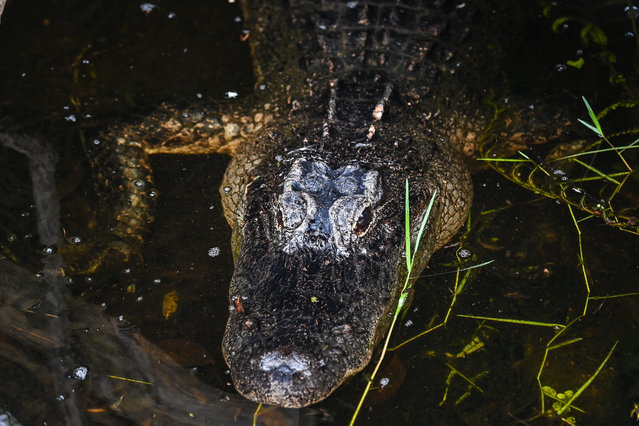 A alligator is seen hiding under a wood log in Everglades wetlands in Everglades National Park, Florida on September 30, 2021. The largest wetland in the United States is the battleground for one of the largest ecological conservation efforts in the world But time is running short, and global warming is threatening a subtropical wilderness that is home to more than 2,000 species of animals and plants. (Photo by Chandan Khanna/AFP Photo) 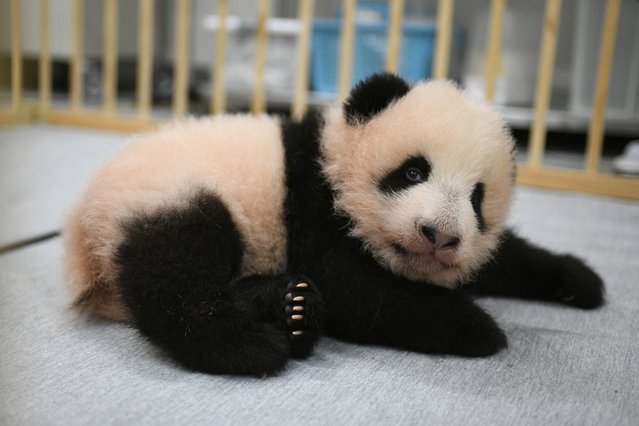 This photo released by Tokyo Zoological Park Society shows Lei Lei, one of giant panda twins, 103 days after she was born at Ueno Zoo in Tokyo Monday, October 4, 2021. The twin cubs, Lei Lei and her brother Xiao Xiao, which were palm-size pink creatures when born on June 23, got their names Friday, Oct. 8, 2021, chosen from hundreds of thousands of suggestions sent from fans around the country. (Photo by Tokyo Zoological Park Society via AP Photo) 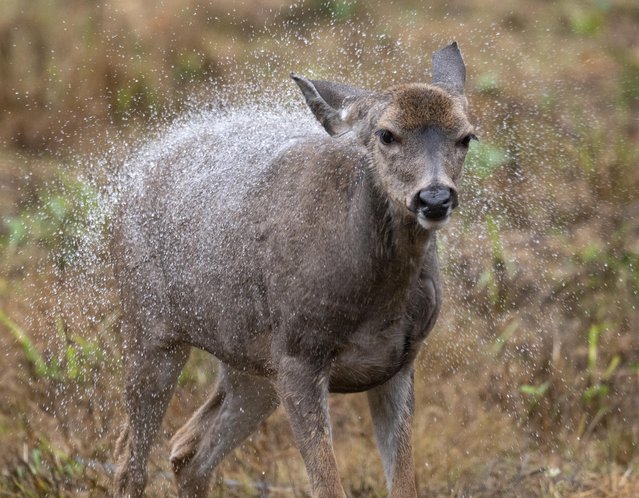 A wild black-tailed deer shakes off rainwater while feeding in a roadside clearing near Elkton in rural western Oregon on September 27, 2021. The National Weather Service is calling for rain showers for the area through Tuesday. (Photo by Robin Loznak/ZUMA Press Wire/Rex Features/Shutterstock) 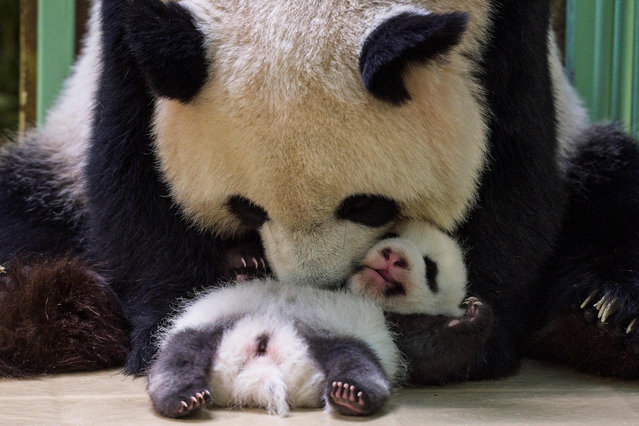 The female panda Huan-Huan cuddles her cub Fleur de Coton after breastfeeding her in their box at The Beauval Zoo in Saint-Aignan-sur-Cher, central France on September 30, 2021. (Photo by Guillaume Souvant/AFP Photo) 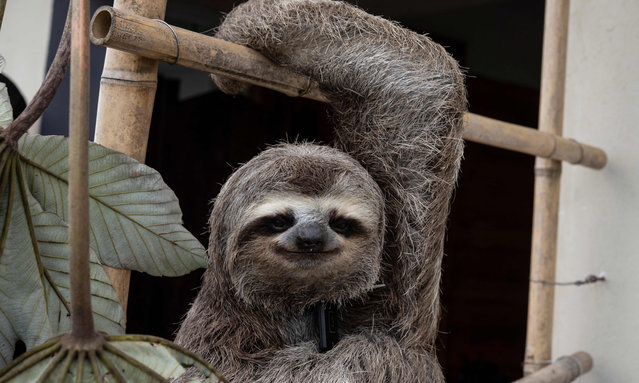 A sloth (Bradypus tridactylus) called “Chuwie”, who lost the claws of three of his four legs when he was electrocuted on power lines and rescued after suffering serious burns, remains hanging while being feed at Chuwie's Sloth Rescue Center in San Antonio de Los Altos, Miranda state, Venezuela on September 23, 2021. “Chuwie” is the face of a sloth rescue foundation set up by a couple who became passionate about the species by rescuing him and dozens of others. (Photo by Yuri Cortez/AFP Photo) 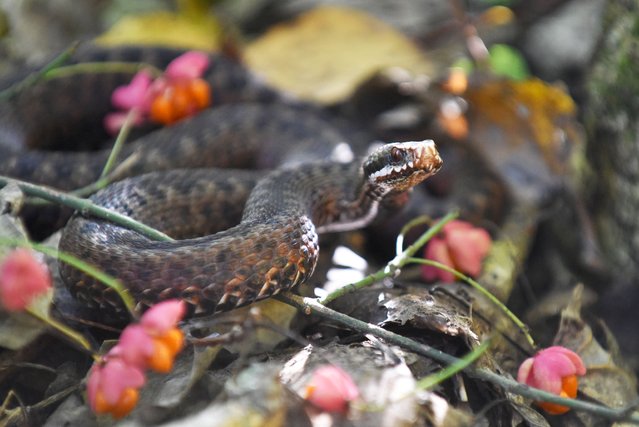 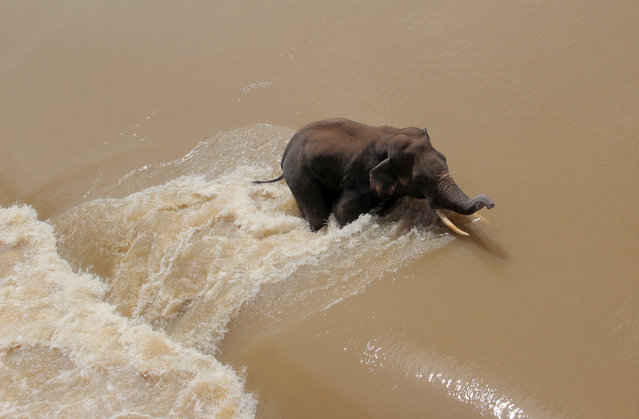 A wild elephant is seen in the flood water as it trapped at the Mundali barrage in Mahanadi river when a herd crossing the flooded river just outskirts of the eastern Indian state Odisha's capital city Bhubaneswar on September 25, 2021. (Photo by NurPhoto/Rex Features/Shutterstock) 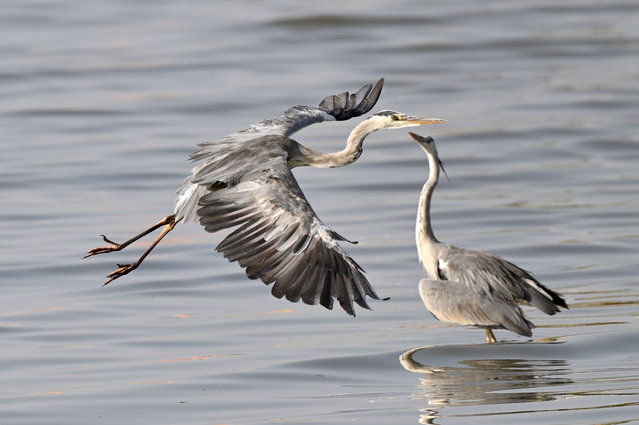 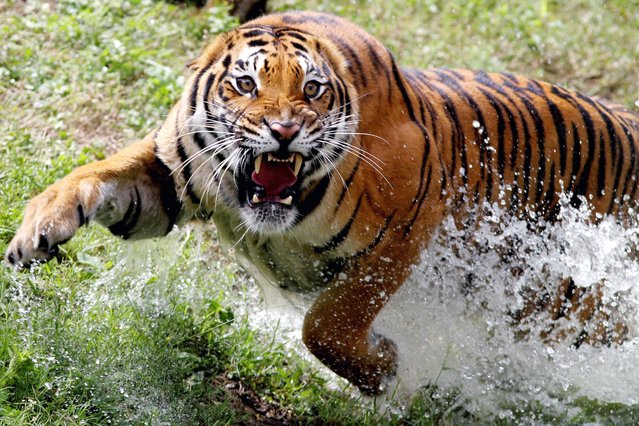