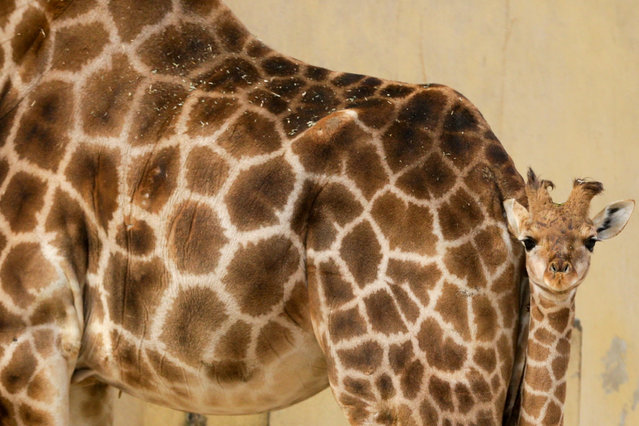 Two Angola Giraffes taken at the zoo in Lisbon 01 February 2018. The Zoo of Lisbon has a new inhabitant, a young Angola Giraffe (Giraffa camelopardalis angolensis). The calf was born on 16 November 2017, after a 15-month gestation, with a height of almost 1.90 m and a unique fur that distinguishes it from others. (Photo by Tiago Petinga/EPA/EFE) 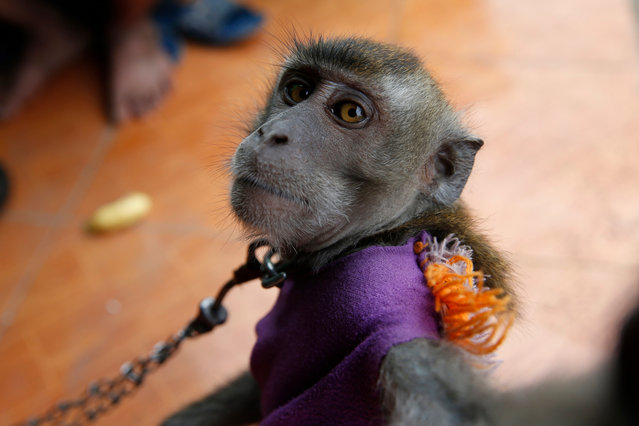 A chained monkey in a costume performs in Depok, West Java, Indonesia, 30 January 2018. Monkey street performances or “Topeng Monyet” is a popular form of cheap entertainment in Indonesia, especially on the island of Java. During the topeng street performance a trainer issues commands by tugging on a chain tied around a monkey's neck, forcing it to carrying out tricks such as donning a mask or riding a toy motorcycle. In 2013 the Indonesian government banned Topeng Monyet in Jakarta but the ban has failed to stop the practice in other parts of the country. (Photo by Adi Weda/EPA/EFE) 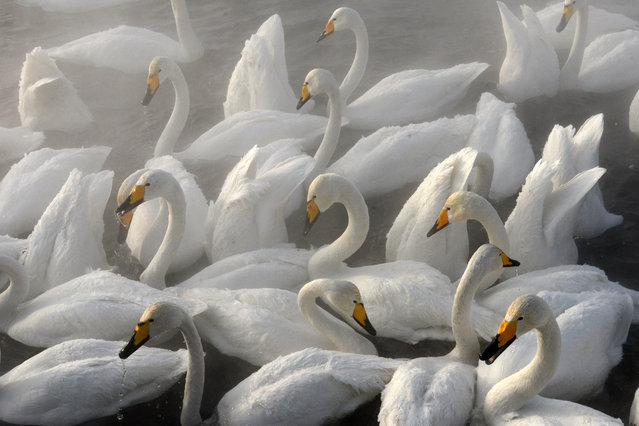 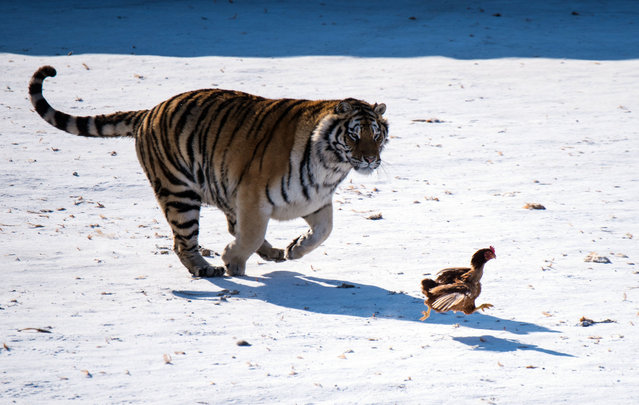 A Siberian tiger chases a chicken to sharpen its hunting skills in the city’s Siberian Tiger Park in Harbin, China on January 28, 2018. (Photo by Xinhua/Barcroft Images) 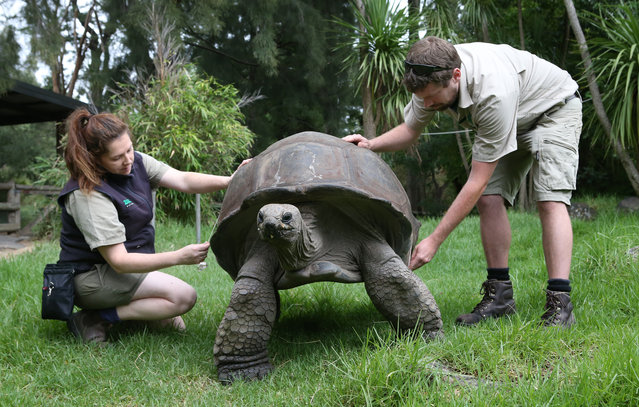 Giant tortoise Wilbur undergoes an annual check-up to monitor his size at the city’s zoo in Melbourne, Australia on January 31, 2018. (Photo by David Crosling/AAP) 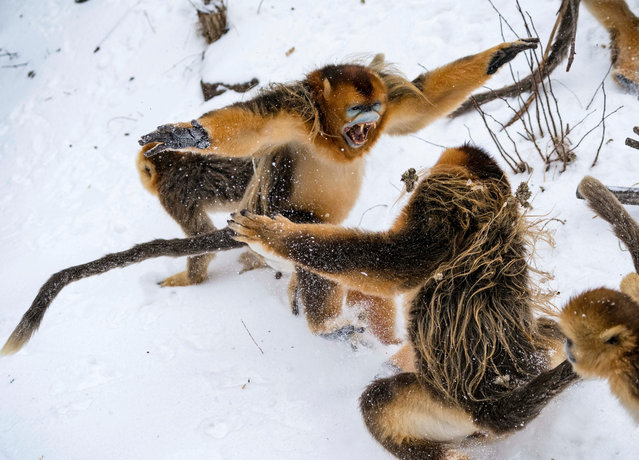 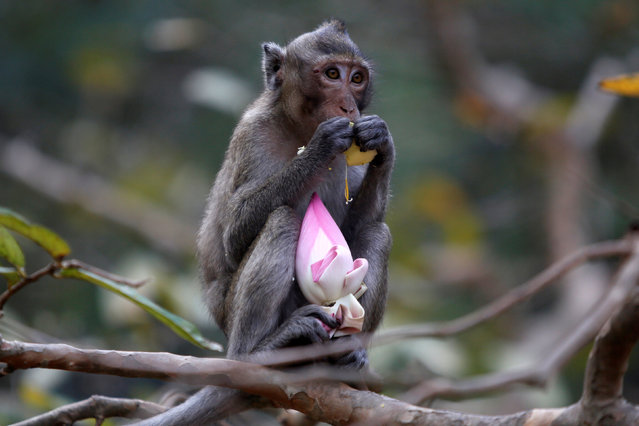 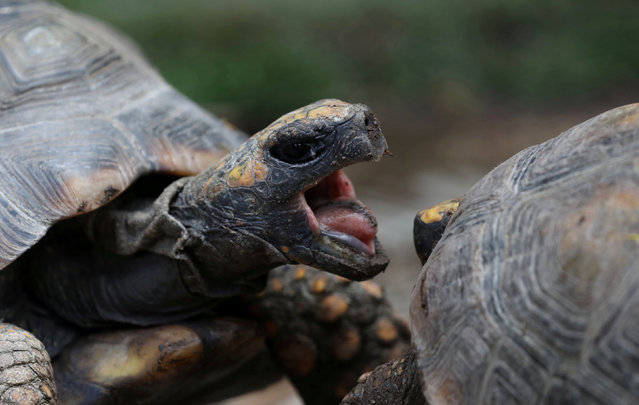 Turtles are seen at a National Forest and Wildlife Service (SERFOR) shelter after Peruvian authorities rescue them from illegal possession, in Lima, Peru February 1, 2018. (Photo by Mariana Bazo/Reuters) 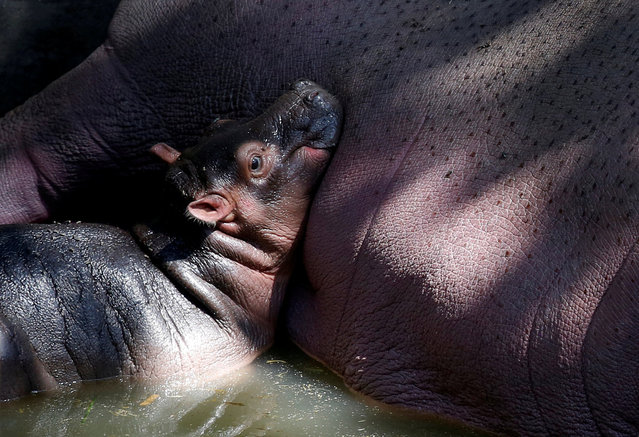 A three-day-old hippopotamus calf rests on the belly of its nine-year-old mother “Dashya” inside their pen at the Bannerghatta Biological Park on the outskirts of Bengaluru, India February 2, 2018. (Photo by Abhishek N. Chinnappa/Reuters) 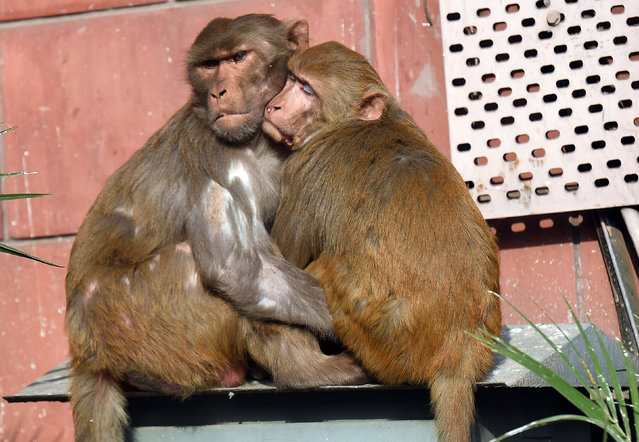 A pair of monkeys rest together at Parliament House in New Delhi on February 1, 2018. (Photo by Prakash Singh/AFP Photo) 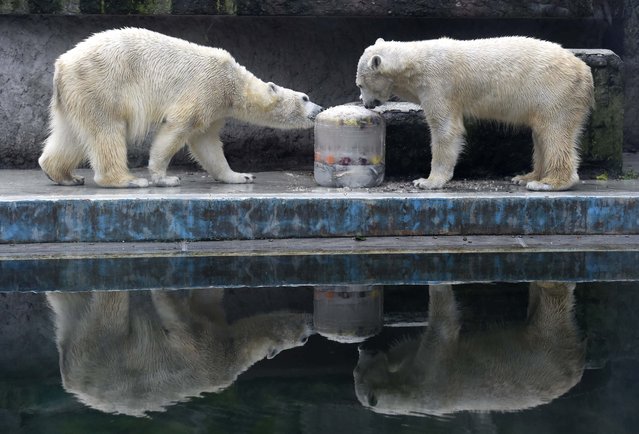 Two polar bears sniffle an icy doughnut made of fish, vegetables and fruits they received on the occasion of the Carnival of Animals in the Budapest Zoo in Budapest, Hungary, Friday, February 2, 2018. The three-day carnival consists of various programs for children and families in the zoo. (Photo by Noemi Bruzak/MTI via AP Photo)
Edit Del
04 Feb 2018 06:39:00, post received 0 comments
Publication archive:
←   →
Popular tags:
All tags
Last searches: