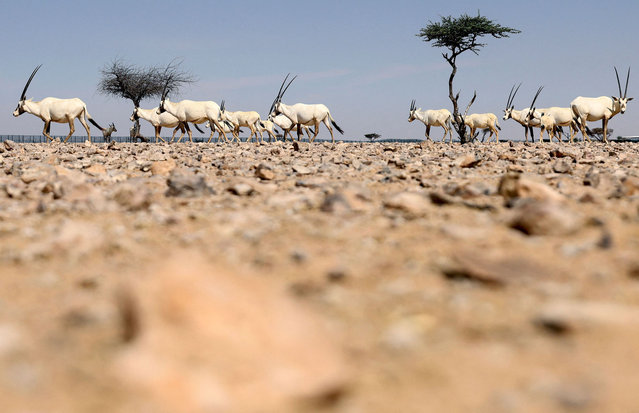 Arabian oryx (Oryx leucoryx) graze in al-Wusta wildlife reserve for environmental conservation in the Omani desert capital of Haima in the central governorate of Wusta on April 26, 2021. (Photo by Karim Sahib/AFP Photo) 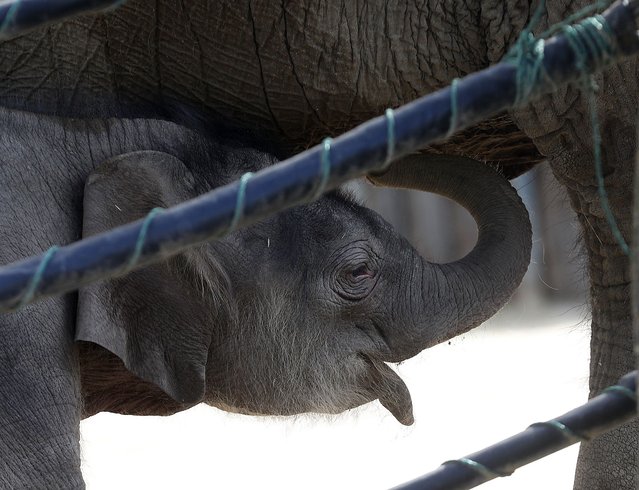 One week old baby elephant is seen in the reopened Budapest Zoo, in Budapest, Hungary, Saturday, May 1, 2021. Hungary on Saturday loosened several COVID-19 restrictions for people with government-issued immunity cards, the latest in a series of reopening measures that have followed an ambitious vaccination campaign. (Photo by Laszlo Balogh/AP Photo) 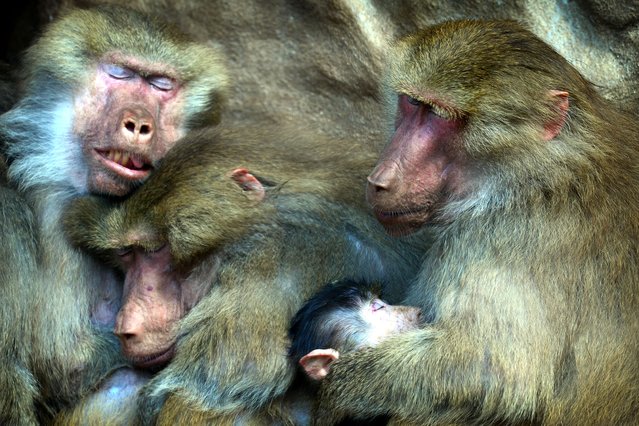 Hamadryas baboon family with young male at Liberec Zoo in the Czech Republic on April 28, 2021. The hamadryas baboon was a sacred animal to the ancient Egyptians and appears in various roles in ancient Egyptian religion, hence its alternative name of “sacred baboon”. (Photo by Slavek Ruta/Rex Features/Shutterstock) 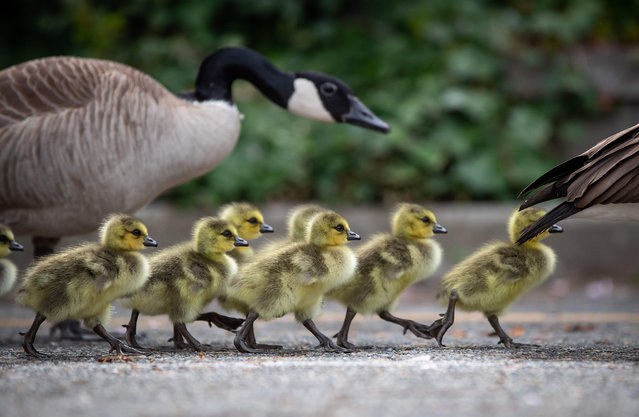 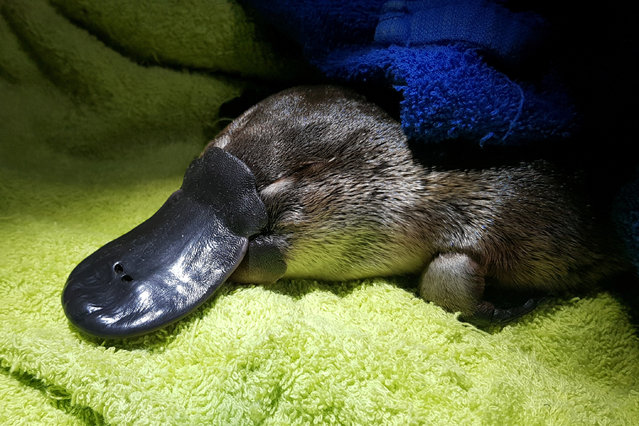 A platypus captured by a University of New South Wales research team is seen during fieldwork to collect population data near Byabarra, Australia, April 12, 2021. (Photo by James Redmayne/Reuters) 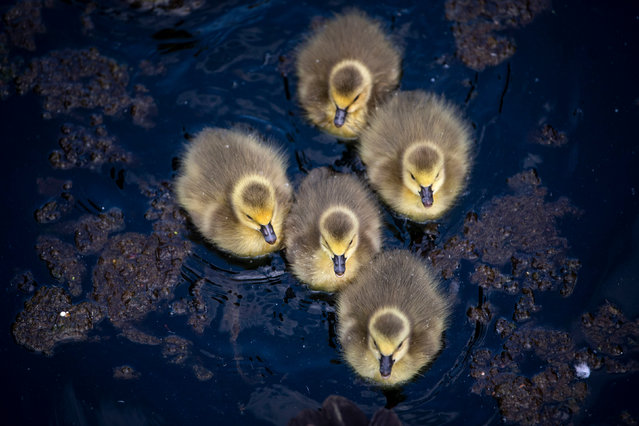 A group of newly hatched goslings on the water in Canary Wharf, London on Wednesday, April 28, 2021. (Photo by Victoria Jones/PA Images via Getty Images) 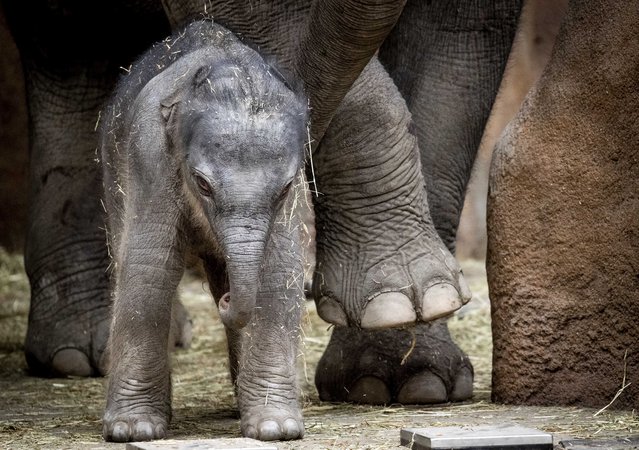 A newborn elephant cub in the Rotterdam Zoo Blijdorp in Rotterdam, the Netherlands, 05 May 2021. The delivery could be followed live via a​ webcam. (Photo by Sem van der Wal/EPA/EFE) 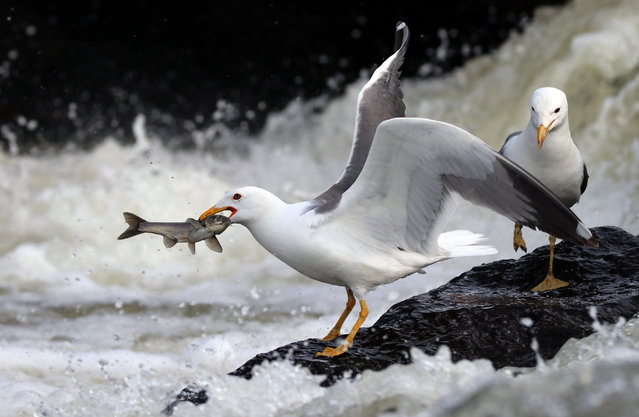 Seagulls hunt pearl mullets, a fish species living in river around Lake Van in Van, Turkey on May 06, 2021. Every year during their spawning season, the pearl mullets live in the Lake Van, have to fight against seagulls feed on migrating fish, while migrating to fresh waters by swimming upstream against the flow stream. (Photo by Necmettin Karaca/Anadolu Agency via Getty Images) 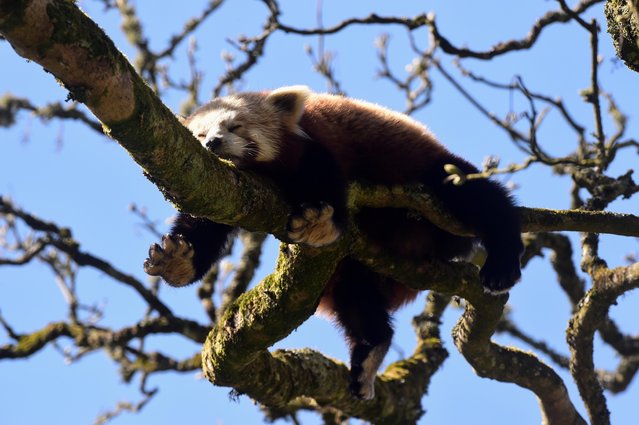 A Red Panda rests on a tree at Manor Wildlife park, which reopened its doors as lockdown restrictions continue to ease, amid the outbreak of the coronavirus disease (COVID-19), in Tenby, Wales, Britain, April 26, 2021. (Photo by Rebecca Naden/Reuters) 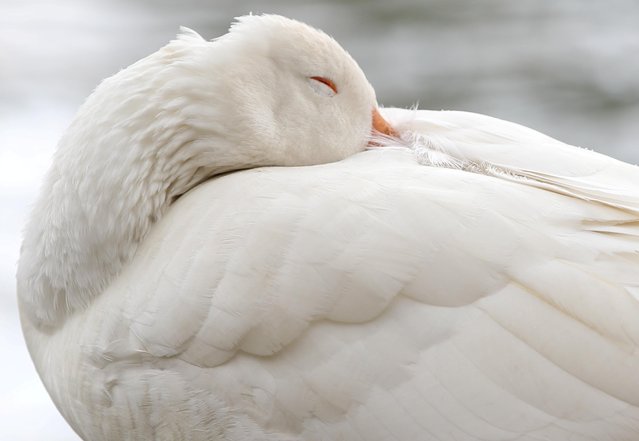 A goose rests near a pond at the Bois de la Cambre/Ter Kamerenbos in Brussels, Belgium on May 1, 2021. (Photo by Yves Herman/Reuters) 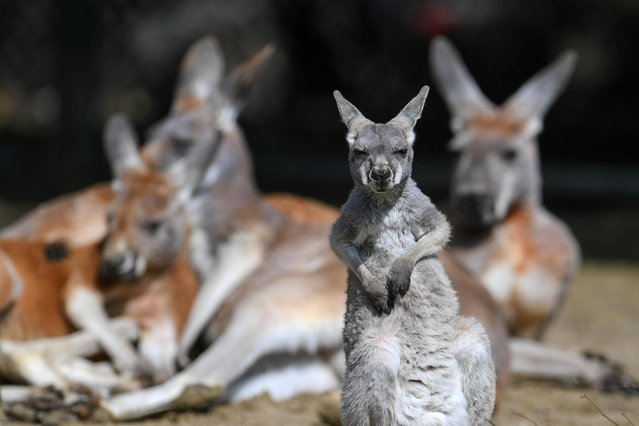 A young red kangaroo looks on at Hellabrunn Zoo after its re-opening, while measures to contain the coronavirus disease (COVID-19) are still in place in Munich, Germany, May 3, 2021. (Photo by Andreas Gebert/Reuters) 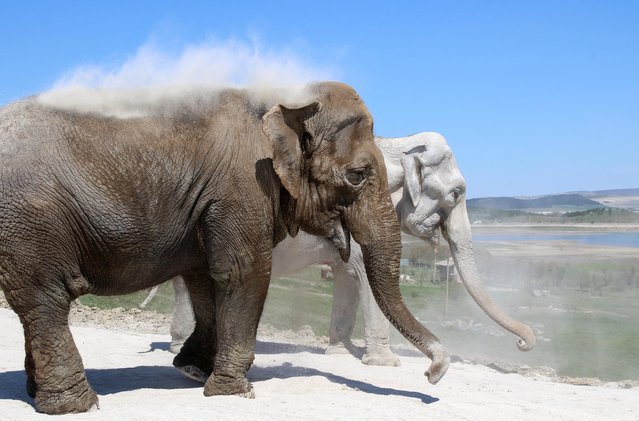 Elephants dust themselves with soil at Taigan safari park in Belogorsk, Crimea on May 4, 2021. (Photo by Alexey Pavlishak/Reuters) 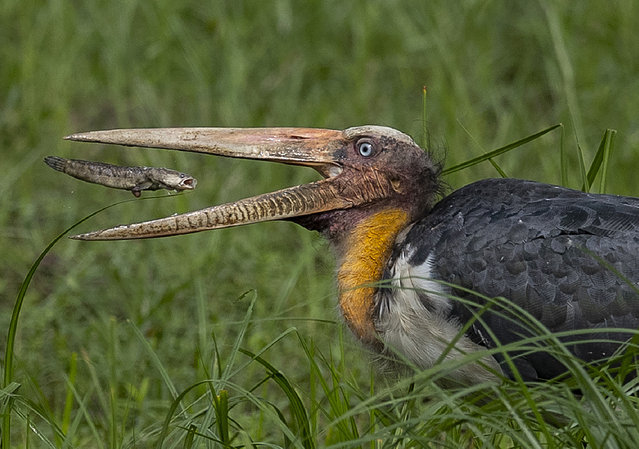 An adjutant stork gulps a fish in Pobitora wildlife sanctuary on the outskirts of Gauhati, India, Tuesday, May 4, 2021. The wildlife sanctuary in the north eastern Assam state is known for its Indian one-horned rhino population. (Photo by Anupam Nath/AP Photo) 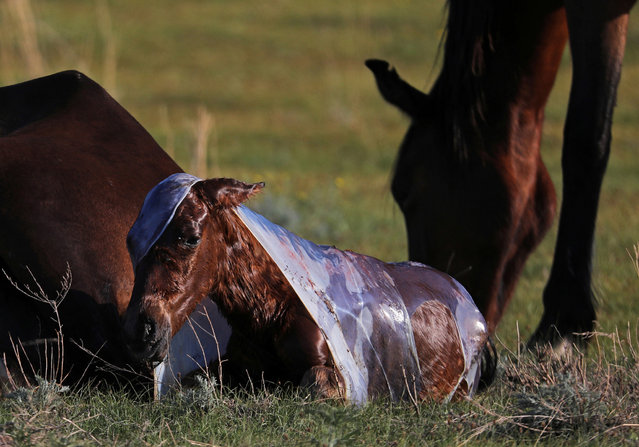 A newborn foal is pictured on a pasture in the Ili River valley in Almaty Region, Kazakhstan on April 28, 2021. (Photo by Pavel Mikheyev/Reuters) 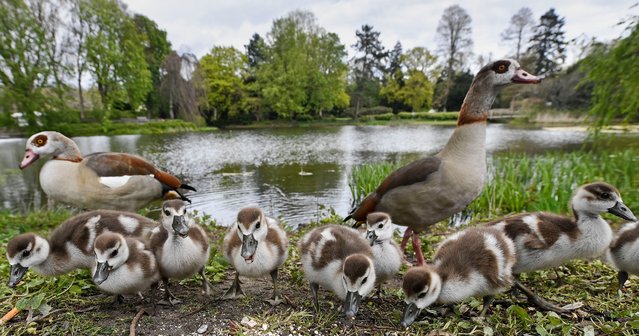 Small Egyptian goslings explore a park in Gelsenkirchen, on a windy spring Tuesday, May 4, 2021. (Photo by Martin Meissner/AP Photo) 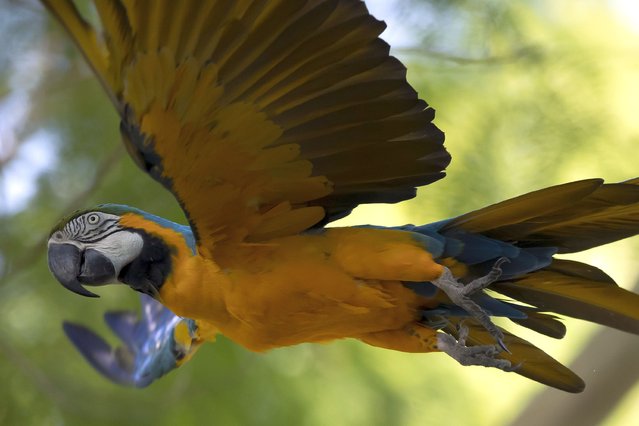 A blue-and-yellow macaw that zookeepers named Juliet flies outside the enclosure where macaws are kept at BioParque, in Rio de Janeiro, Brazil, Wednesday, May 5, 2021. Juliet is believed to be the only wild specimen left in the Brazilian city where the birds once flew far and wide. (Photo by Bruna Prado/AP Photo) 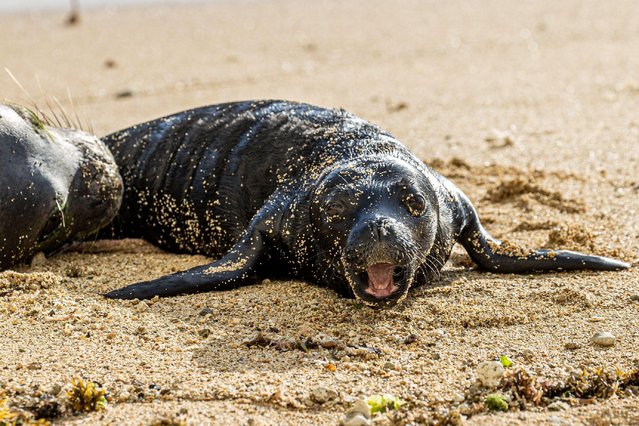 Hawaiian Monk Seal, Kaiwi, gives birth on a beach in Waikiki in Honolulu, HI on April, 26, 2021. Hawaiian Monk Seals are an endnagered protected species and the beach area has been closed off to visitors. (Photo by Erik Kabik Photography/Media Punch/Alamy Live News) 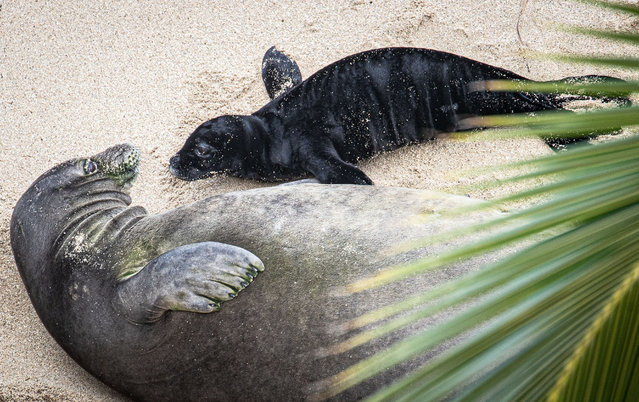