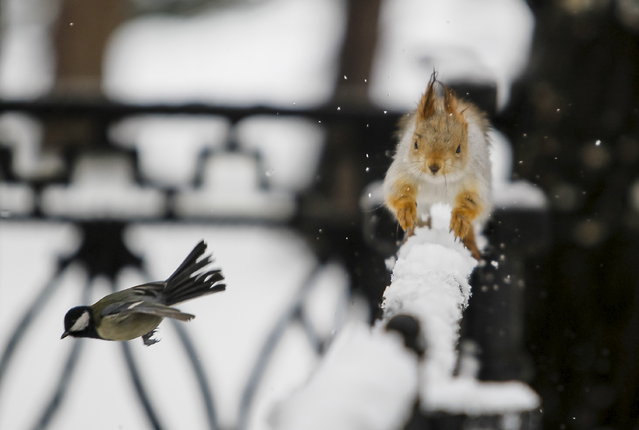 A tomtit bird flies past a squirrel running on a fence after a snowfall in a park in Almaty, Kazakhstan, January 12, 2016. (Photo by Shamil Zhumatov/Reuters) 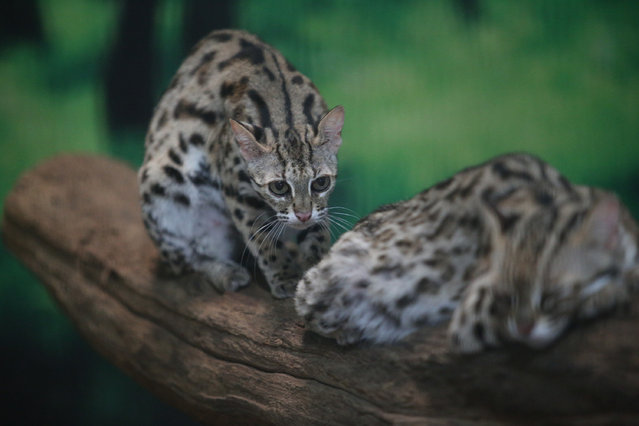 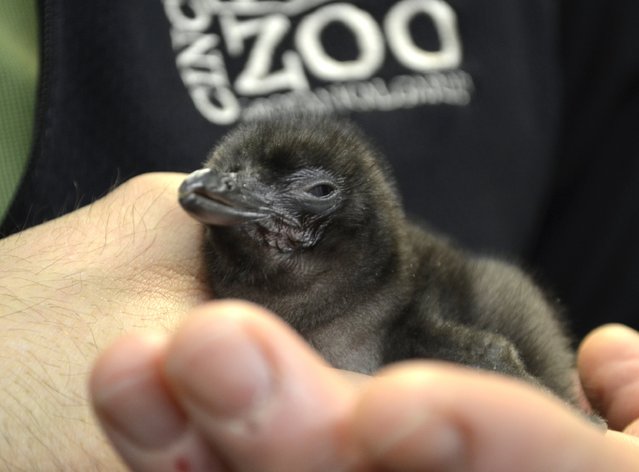 Bowie the penguin is held in the hands of Cincinnati Zoo Keeper Cody Sowers in this undated handout photo provided by the Cincinnati Zoo, January 11, 2016. In honor of rock legend David Bowie's 69th birthday and just two days before his death, an Ohio zoo named its newly hatched penguin “Bowie”. (Photo by Reuters/Cincinnati Zoo) 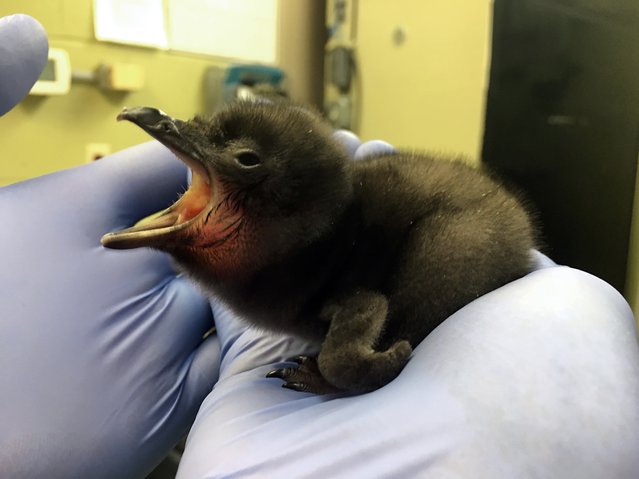 This photo provided January 12, 2016 by the Cincinnati Zoo in Ohio shows a baby penguin born January 8. The penguin was named Bowie in honor of the 69th birthday of the late British musician David Bowie. (Photo by AFP Photo/Cincinnati Zoo) 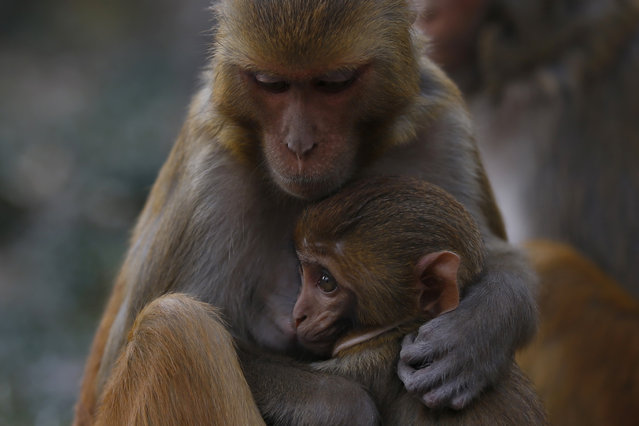 An infant suckles from its mother in Kathmandu, Nepal on January 12, 2016. (Photo by Skanda Gautam/ZUMA Press/Corbis) 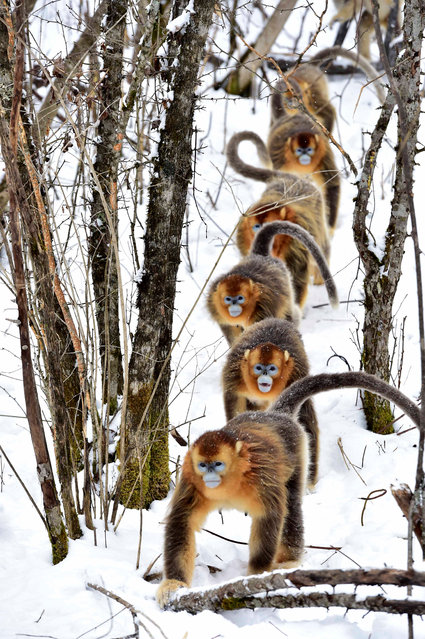 Golden monkeys scamper through the snow at the Dalongtan Golden Monkey Research Center in Shennongjia, China on January 14, 2016. The nature reserve is home to these rare animals which are on the verge of extinction. (Photo by Xinhua/Barcroft Media) 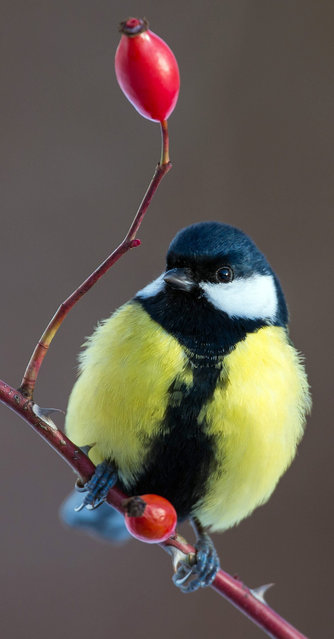 A photo made available 09 January 2016 of a Great tit (Parus major) sitting on a branch in a garden in Sieversdorf, Germany, 08 January 2016. From 08 to 10 January 2016 the German nature protection association (“Naturschutzbund Deutschland”, NABU) and the Bavaria state Federation for bird protection (“Landesbund fuer Vogelschutz”, LBV) for the sixth time have called for a countrywide 'hour of winter birds' during which bird and nature lovers are called to count birds at their feeding grounds, in gardens, on baconies or in the park for an hour and to report the figures to the two organizations. (Photo by Patrick Pleul/EPA) 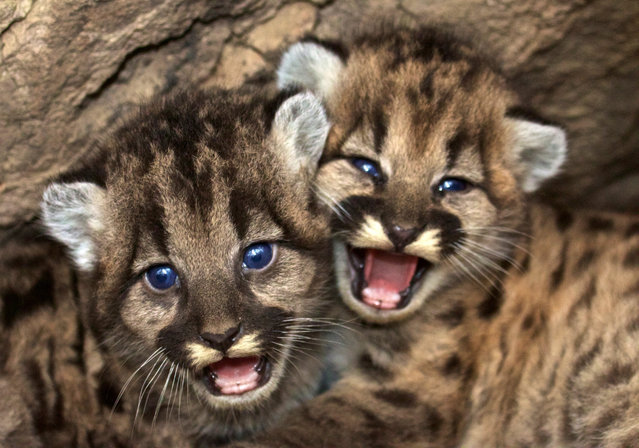 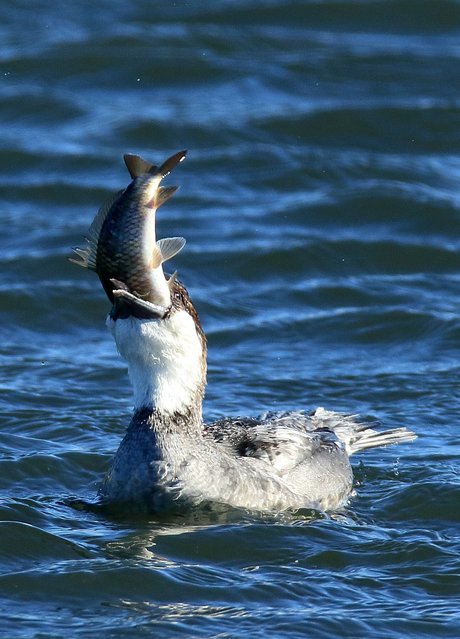 A smew, a species of migratory duck, struggles to gulp down a fish at Namdae Stream in the city of Gangneung on South Korea's east coast on January 13, 2016. (Photo by EPA/Stringer) 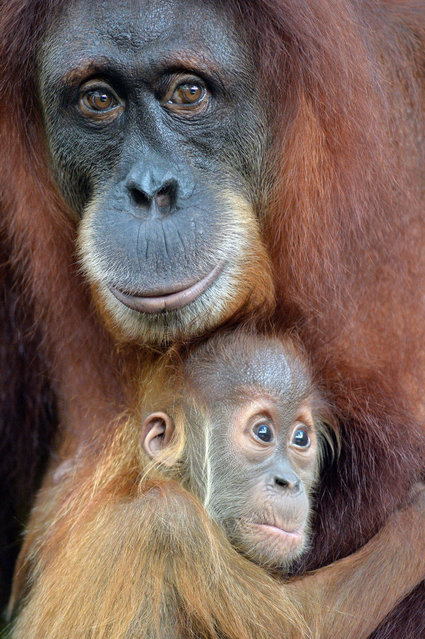 A baby Sumatran orangutan holds onto its mother tightly at the Singapore Zoo on January 12, 2016. The animals under the care of the Wildlife Reserves Singapore (WRS) gave birth to over 700 babies. (Photo by Then Chih Wey/Xinhua via ZUMA Wire) 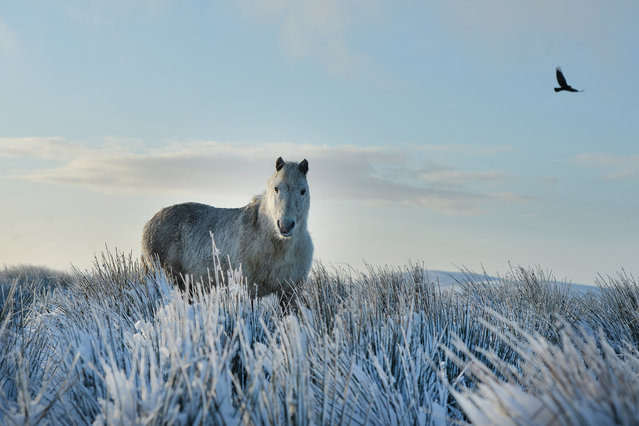 A wild horse stands still in the snow on Black mountain on January 15, 2016 in Belfast, Northern Ireland. The first heavy snowfall of the year has badly affected travel conditions in the province with the roads authority advising motorists to take extreme care. A Met Office warning for snow and ice remains until 11.00am on Saturday. (Photo by Charles McQuillan/Getty Images) 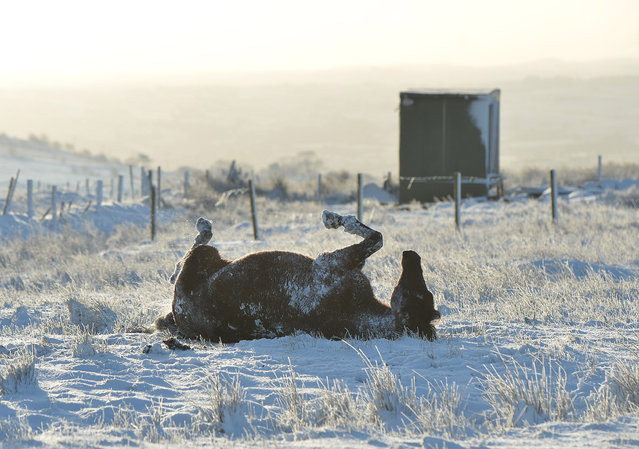 Wild horses play in the snow on Black mountain on January 15, 2016 in Belfast, Northern Ireland. (Photo by Charles McQuillan/Getty Images) 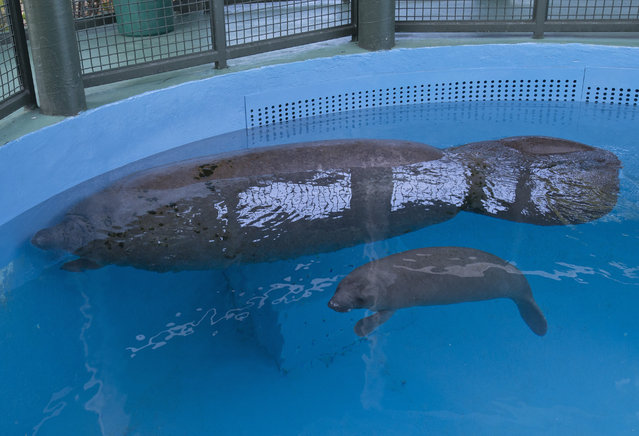 Rescued manatees swim in a tank, Thursday, January 7, 2016, at Miami Seaquarium in Miami. The population of Florida's iconic manatees has recovered enough that the species no longer meets the definition of “endangered” under the Endangered Species Act, federal wildlife officials said Thursday. (Photo by Wilfredo Lee/AP Photo) 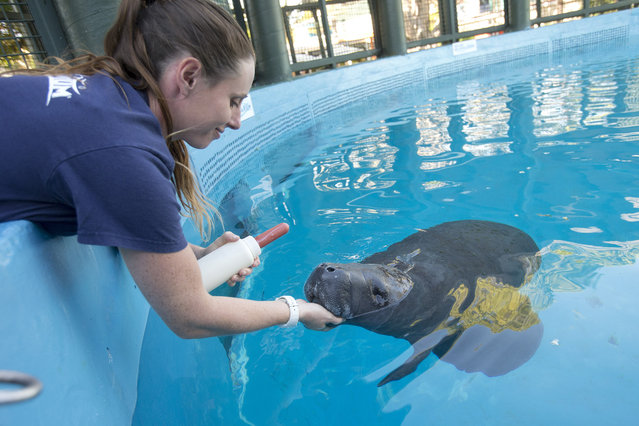 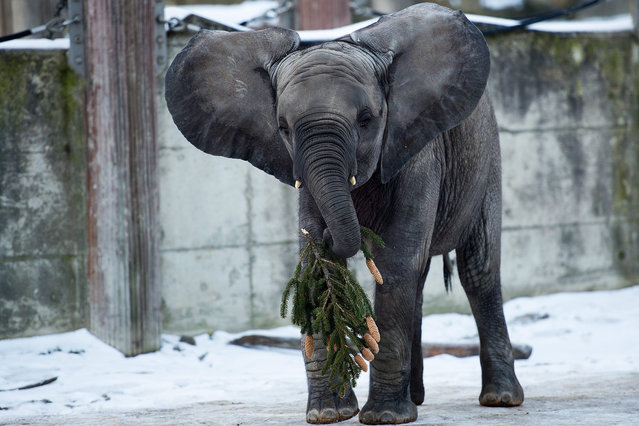 Two years old elephant 'Iqhwa' gets its share of a fir tree at the 'Tiergarten Schoenbrunn' zoo in Vienna, Austria, 08 January 2016. Every year the seasonal Christmas tree in front of the Schoenbrunn Palace – which has been a 18 meters fir tree in 2015 – is fed to the zoo's elephants. (Photo by Christian Bruna/EPA) 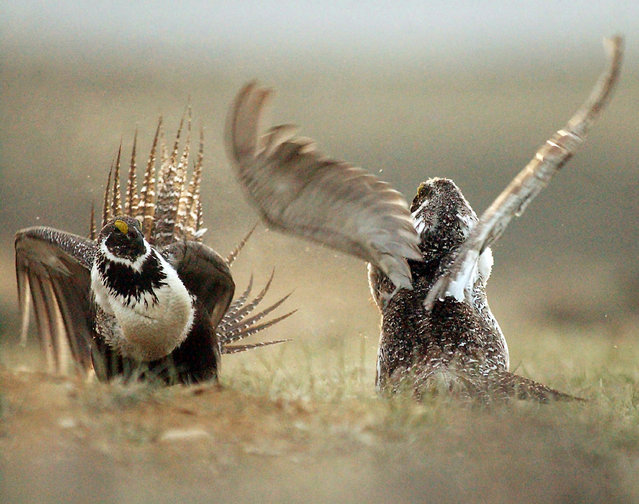 In this May 9, 2008 file photo, male sage grouses fight for the attention of female southwest of Rawlins, Wyo. Montana officials will decide Thursday, January 14, 2016 whether to relocate dozens of sage grouse to Alberta to help restore the struggling bird population in the Canadian province. Several Montana lawmakers oppose the plan. (Photo by Jerret Raffety/Rawlins Daily Times via AP Photo) 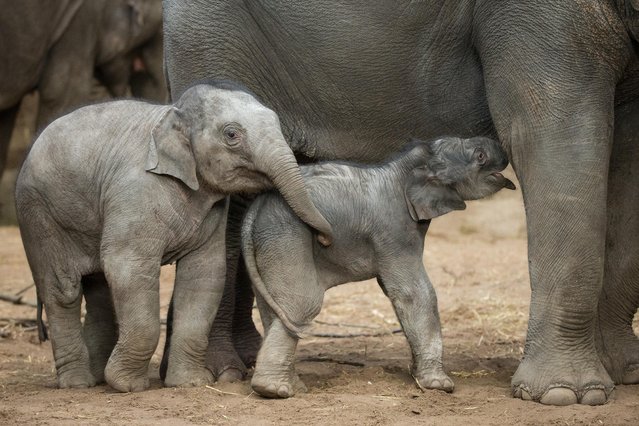