Fact Bill Gates Meets With German Government Leaders
“The ONE Campaign is a international, nonpartisan, non-profit organization which aims to increase government funding for and effectiveness of international aid programs. ONE was originally founded by a coalition of 11 non-profit humanitarian and advocacy organizations — including DATA, World Vision, Oxfam America, and Bread for the World — with funding from the Bill & Melinda Gates Foundation. In 2007, ONE announced that it would be merging with DATA. Currently, ONE is campaigning for resources to help developing countries adapt to climate change. During the 2008 U.S. presidential election the organization launched a campaign, called ONE Vote '08, which was co-chaired by former U.S. Senate majority leaders Tom Daschle (D-SD) and Bill Frist (R-TN). The campaign is named after the U2 song “One” which was a top ten hit single on the critically acclaimed 1991 Achtung Baby album”. – Wikipedia 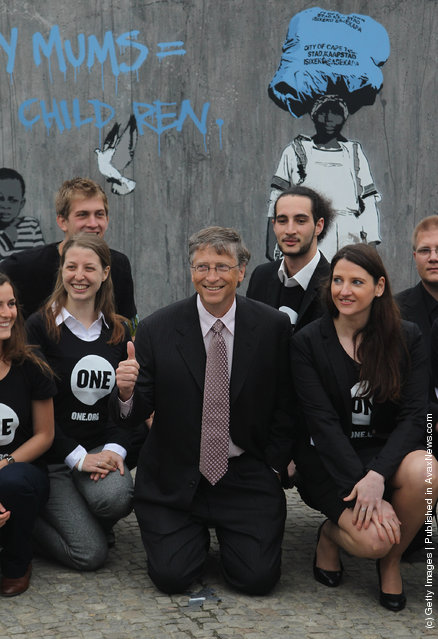 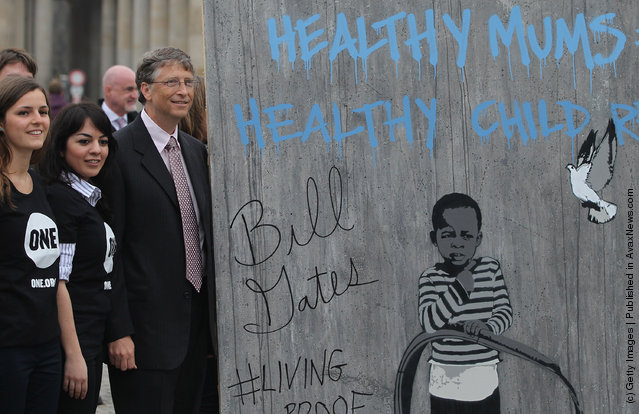 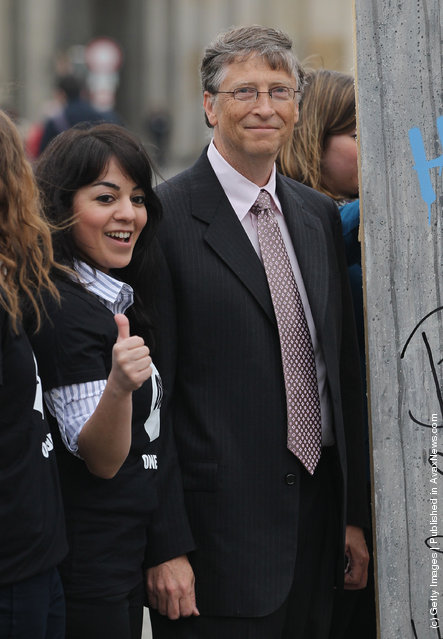 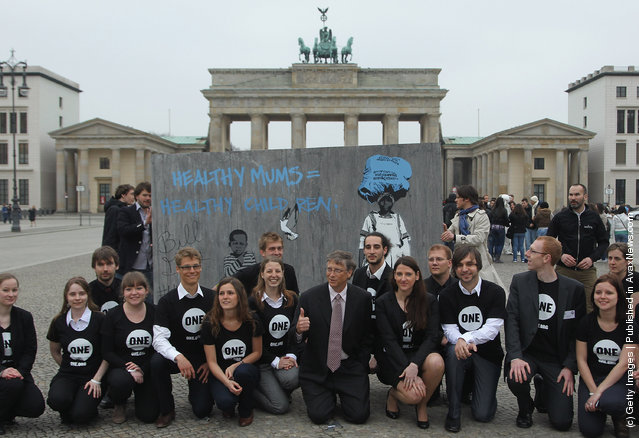 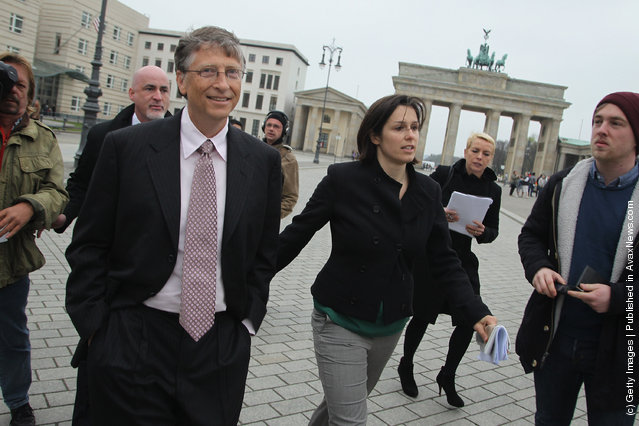 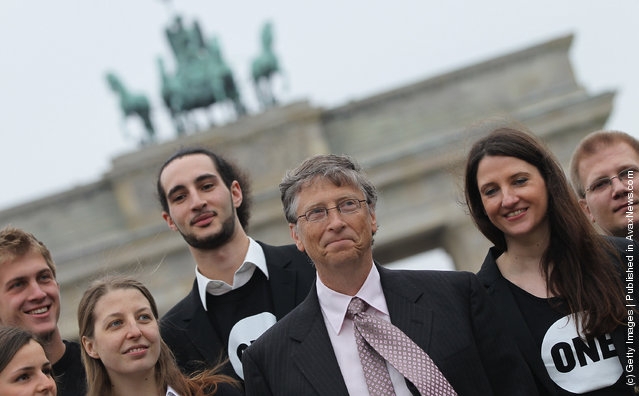 Bill Gates, founder of Microsoft and now philanthropist, poses with One.org charity volunteers at Pariser Platz square during a brief stop at Brandenburg Gate on April 6, 2011 in Berlin, Germany. Gates is in Berlin to meet with German government officials, including Chancellor Angela Merkel and Development Minister Dirk Niebel, to discuss aid for developing countries and promote his One.org charity initiative, which is part of the Bill and Melinda Gates Foundation. (Photo by Sean Gallup/Getty Images) 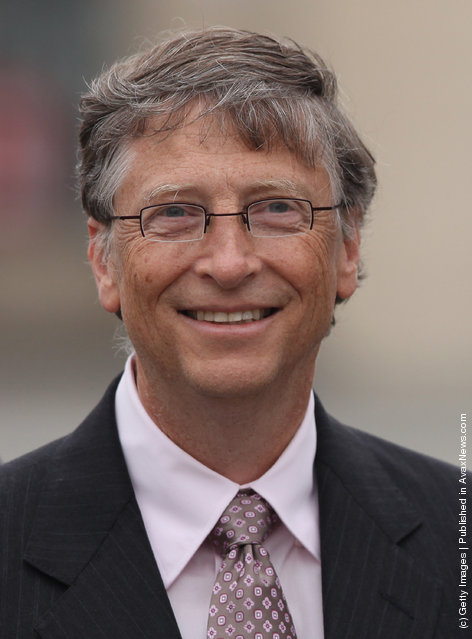 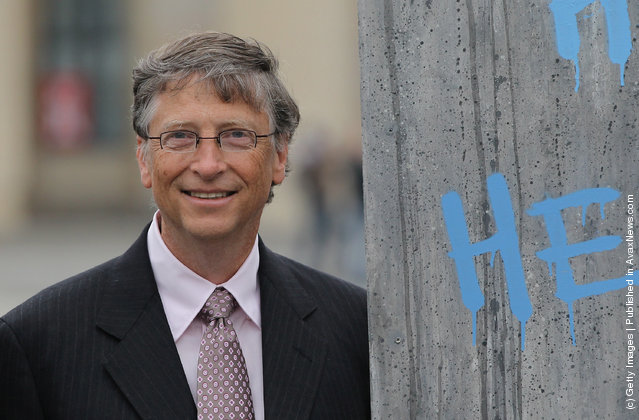 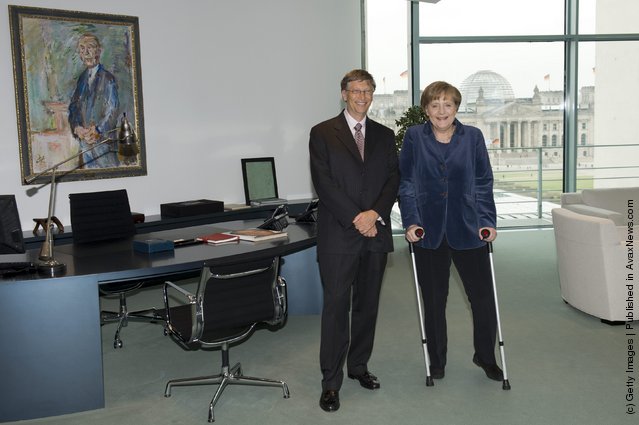 In this photo provided by the German Government Press Office, German Chancellor Angela Merkel welcomes Bill Gates, founder of Microsoft and now philanthropist, in the Chancellery on April 6, 2011 in Berlin, Germany. (Photo by Steffen Kugler/Bundesregierung-Pool via Getty Images) 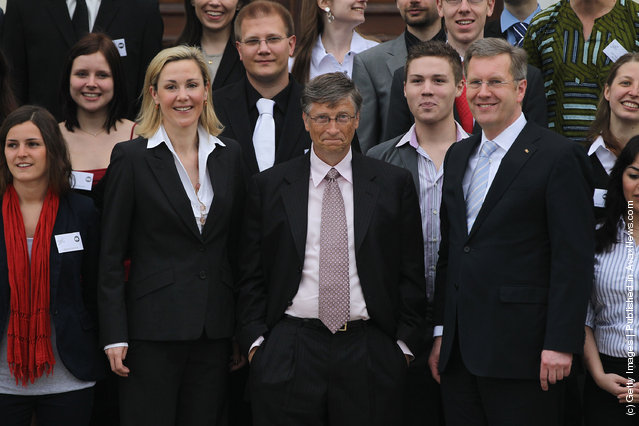