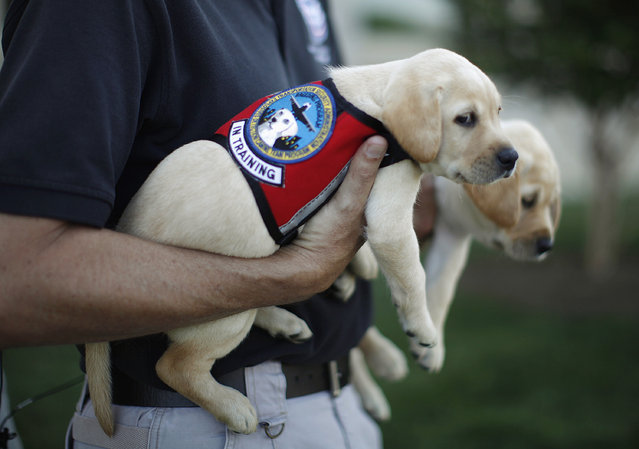 Labrador puppies “Hoey” (L) and “Hatton”, named in honor of September 11, 2001 attack victims Patrick Hoey and Lenny Hatton who died in the World Trade Center, are pictured on the grounds of the Pentagon near Washington, June 28, 2011. (Photo by Jason Reed/Reuters) 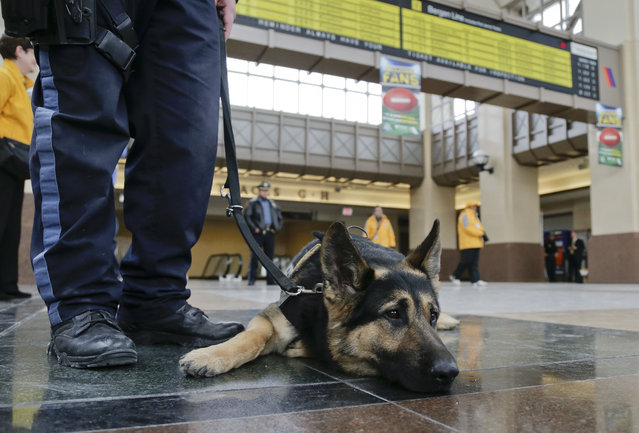 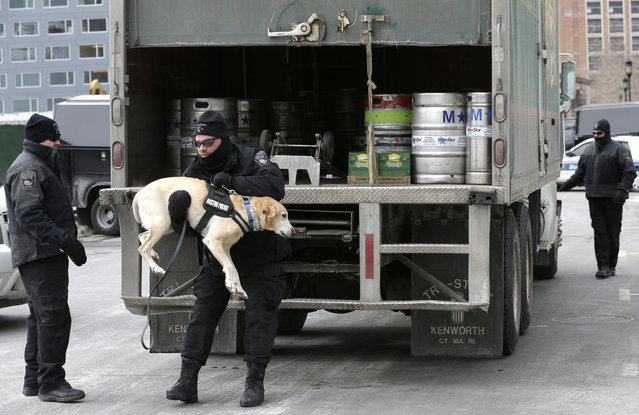 Boston Police Special Operations officers use a bomb-sniffing dog while searching a vehicle on a street near the federal courthouse, in Boston, Tuesday, March 3, 2015. A panel of 12 jurors and six alternates was seated Tuesday after two months of jury selection for the federal death penalty trial of Boston Marathon bombing suspect Dzhokhar Tsarnaev. (Photo by Steven Senne/AP Photo) 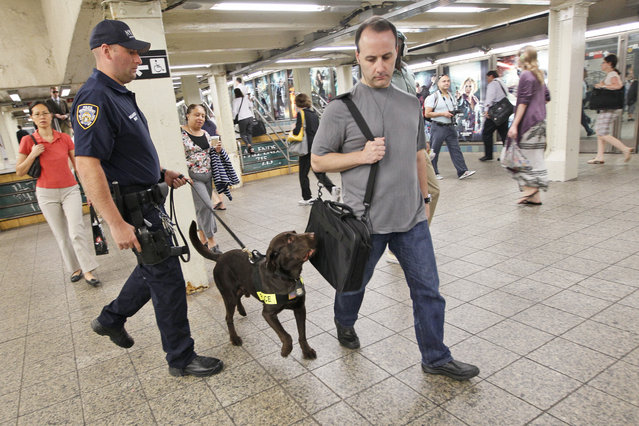 In this Friday, July 1, 2011 photo a New York City police officer with a bomb sniffing dog patrols at a Times Square subway station in New York. Since terrorists brought down the twin towers on September 11, 2001, subways have been bombed across the world, including Madrid, London and this spring in Minsk. The possibility that New York’s sprawling, porous and famously gritty subway system could be next has become a constant worry. (Photo by Mary Altaffer/AP Photo) 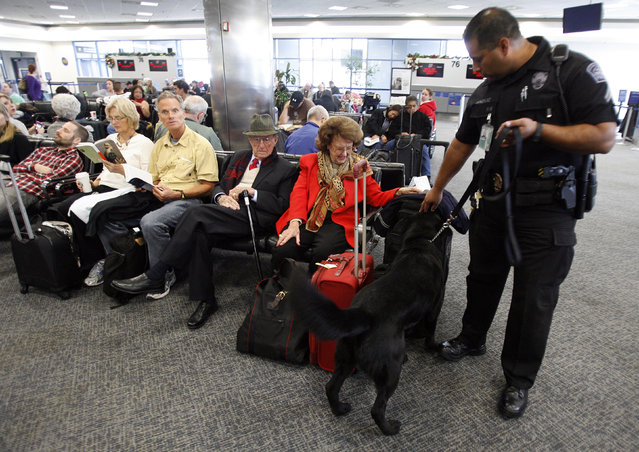 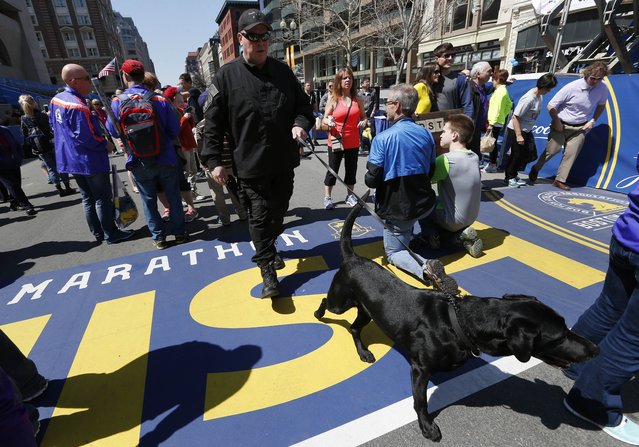 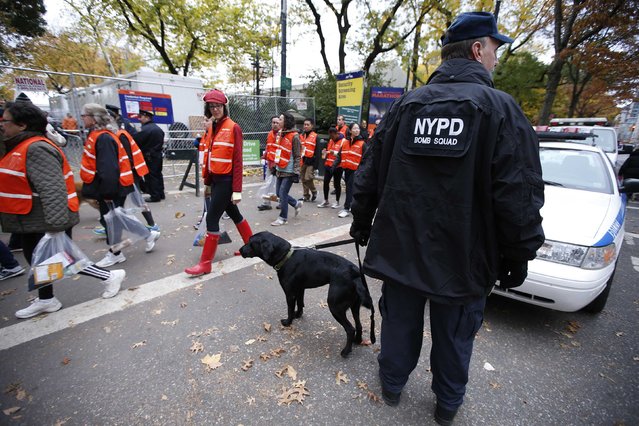 A New York Police Department officer and a bomb sniffing dog patrol the finish line area before the start of the New York City Marathon in New York, November 3, 2013. In addition to cheering supporters, runners in this Sunday's New York City Marathon will also be monitored by bomb-sniffing dogs, police scuba divers and surveillance helicopters to prevent an attack similar to the one at the Boston race earlier this year. (Photo by Mike Segar/Reuters) 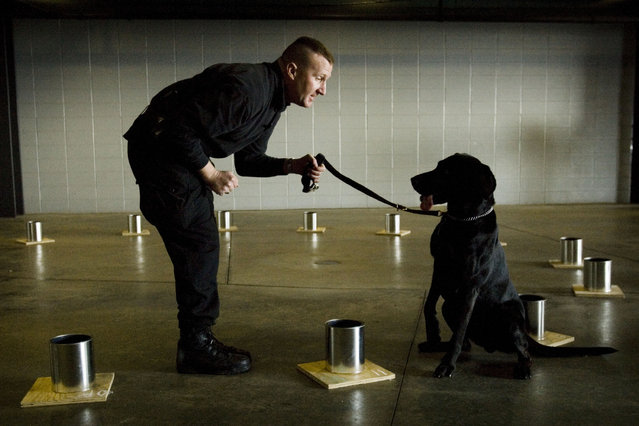 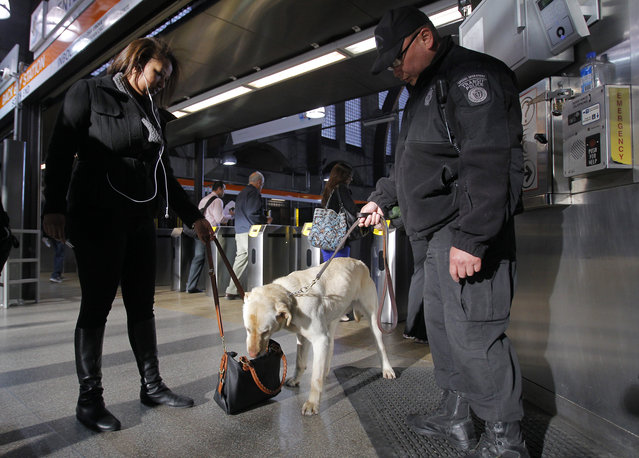 Miller, a Transit Police dog with the Massachusetts Transportation Authority Explosives Detection Unit, sniffs a bag at Back Bay Station as commuters enter the subway system a day after two explosions near the finish line of the Boston Marathon in Boston, Massachusetts April 16, 2013. (Photo by Jessica Rinaldi/Reuters) 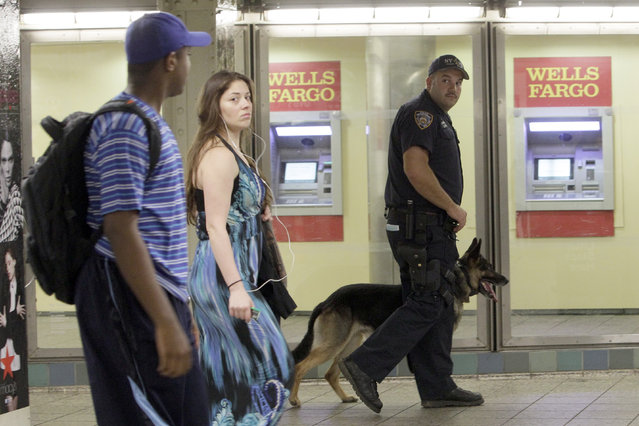 A police officer with a bomb-sniffing dog patrols the Times Square subway station, Friday, Sept. 9, 2011, in New York. Just days before the 10th anniversary of the Sept. 11 attacks, U.S. counterterrorism officials are chasing a credible but unconfirmed al-Qaida threat to use a car bomb on bridges or tunnels in New York City or Washington. (Photo by Mary Altaffer/AP Photo) 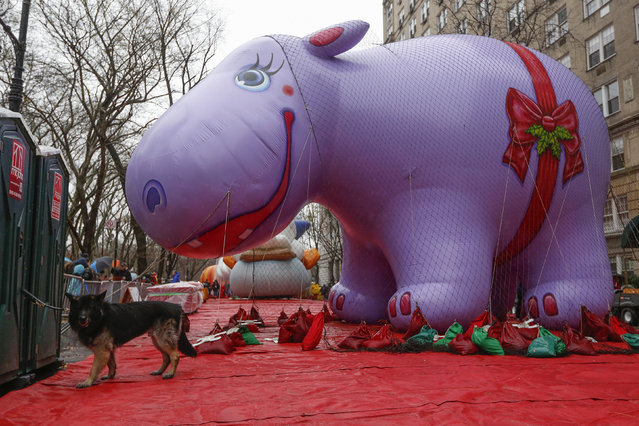 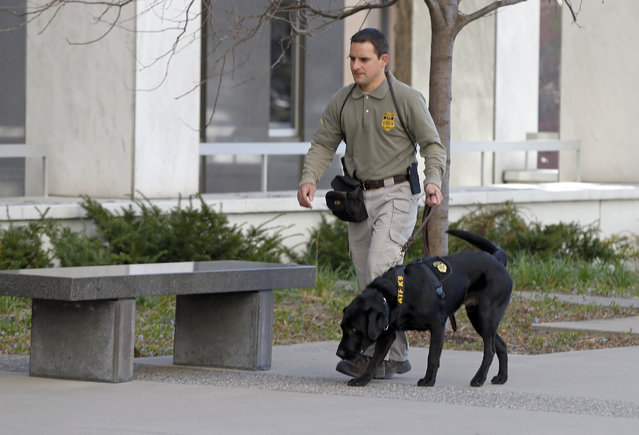 An ATF agent and his bomb-sniffing dog patrols around the Warren E. Burger Federal Building where a detention hearing was being held Thursday, April 23, 2015, in federal court in St. Paul, Minn. for four of the six Minnesotans who are accused of plotting to travel to Syria to join the Islamic State group. Prosecutors have said they plan to ask a judge to keep the men in custody pending trial, saying they are a flight risk. (Photo by Jim Mone/AP Photo) 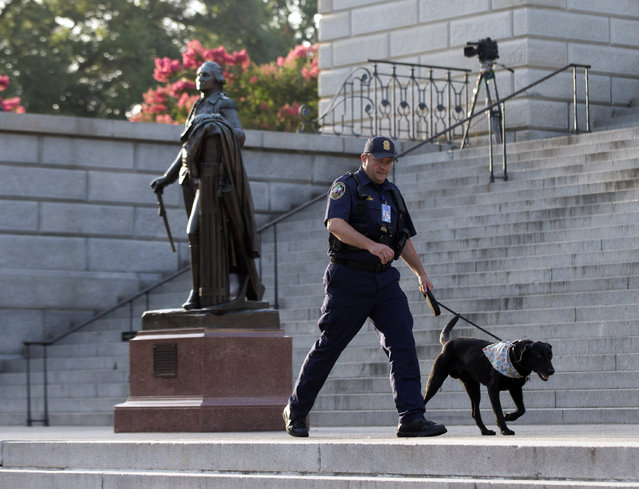