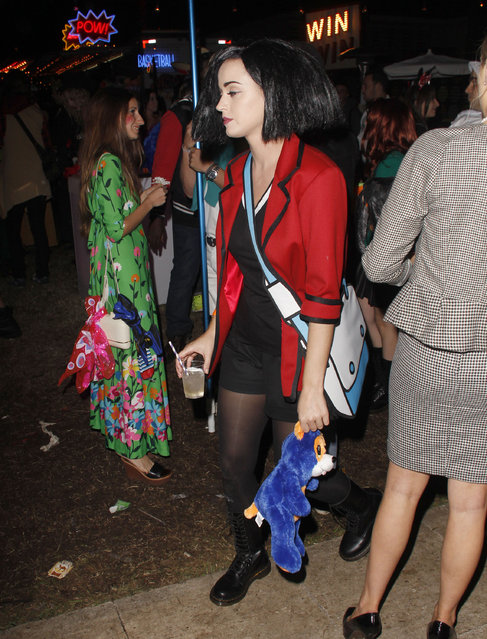 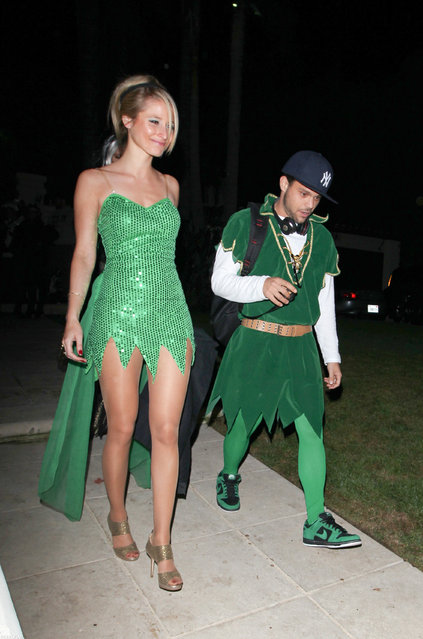 Jerry Ferrara attending a Halloween party at a private residence in Beverly Hills, CA on October 28, 2011. (Photo by INFphoto.com) 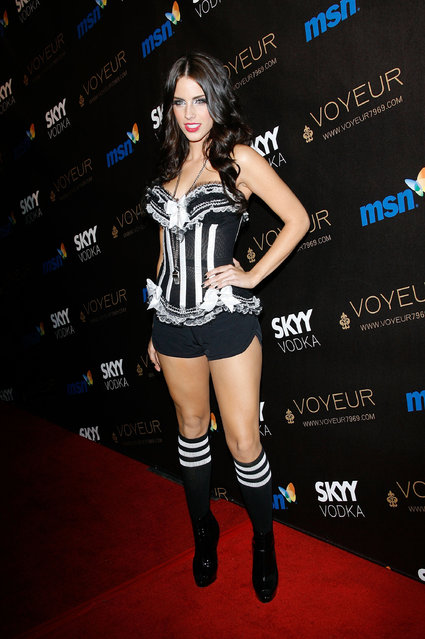 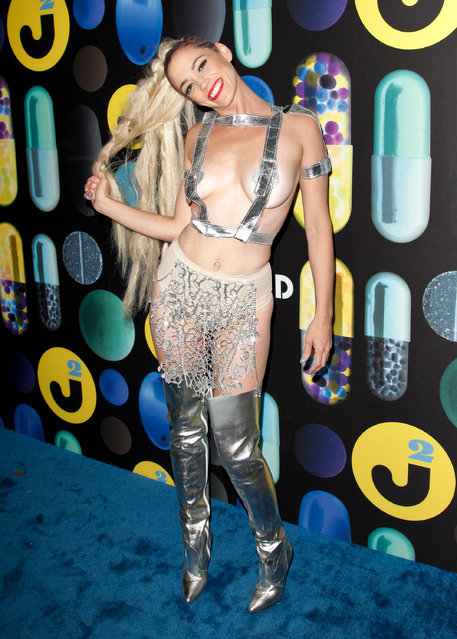 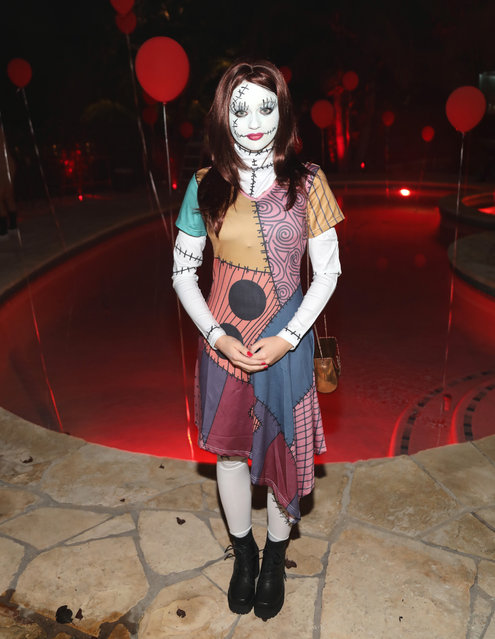 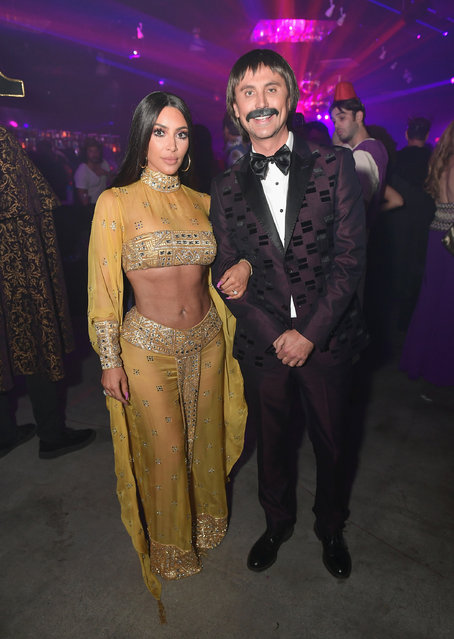 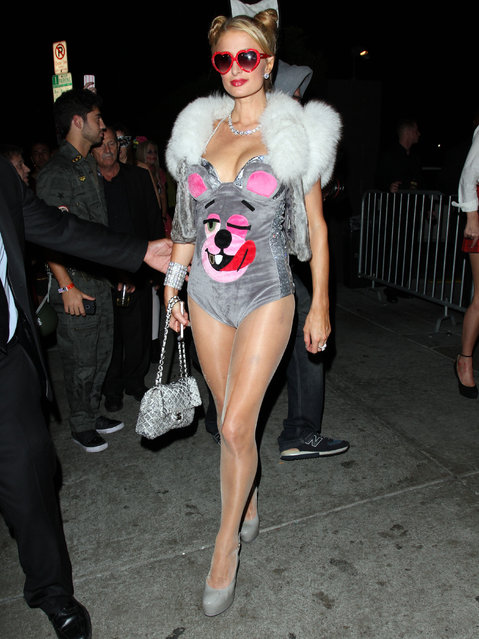 Paris Hilton proudly shows off her assets in her Halloween costume after leaving a party at the Roosevelt Hotel with her sister Nicky and boyfriend River in Hollywood, California on October 26, 2013. (Photo by FameFlynet) 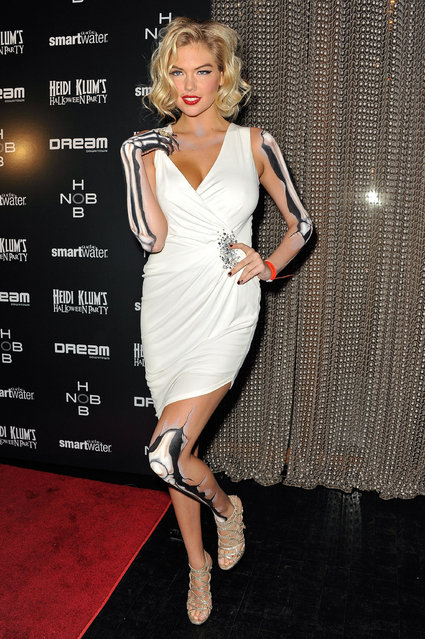 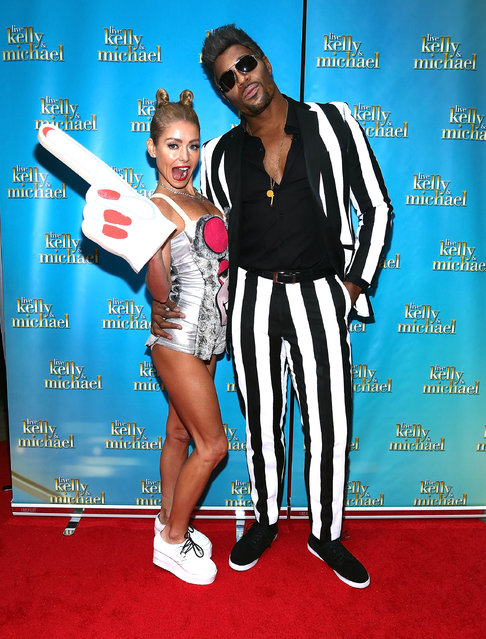 Kelly Ripa (L) and Michael Strahan attend the “LIVE with Kelly and Michael”: Best Halloween Show Ever at Live with Kelly And Michael Studio on October 31, 2013 in New York City. (Photo by Paul Zimmerman/WireImage) 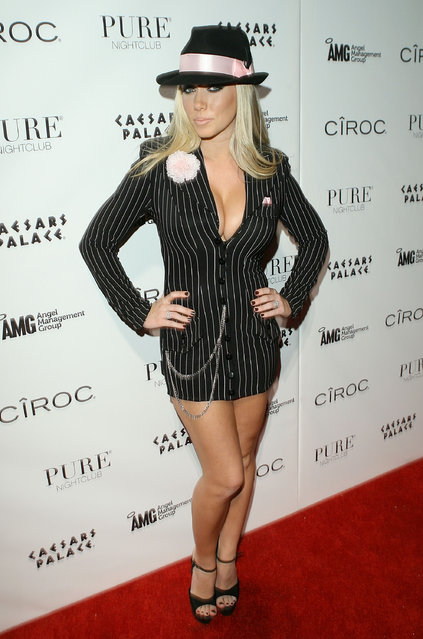 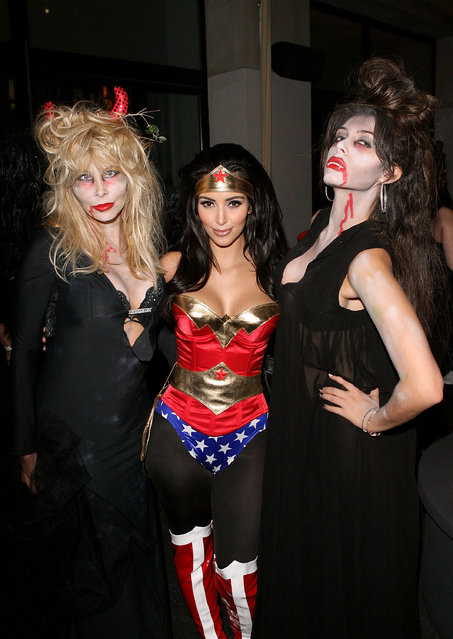 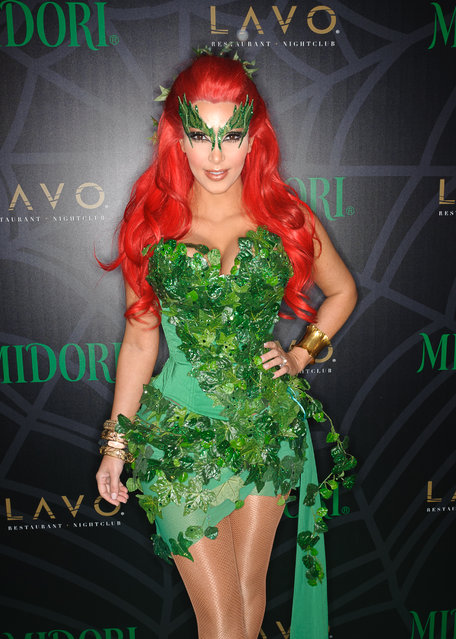 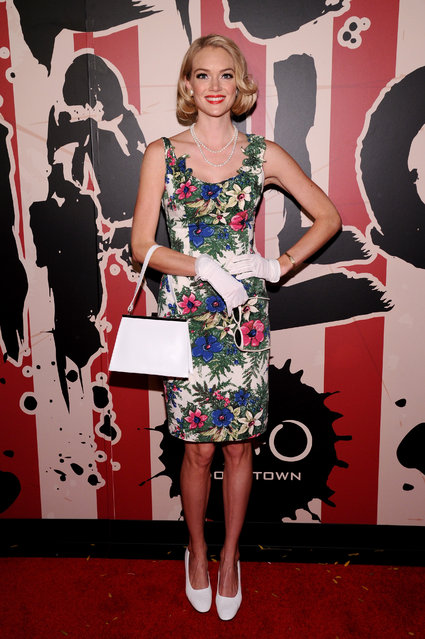 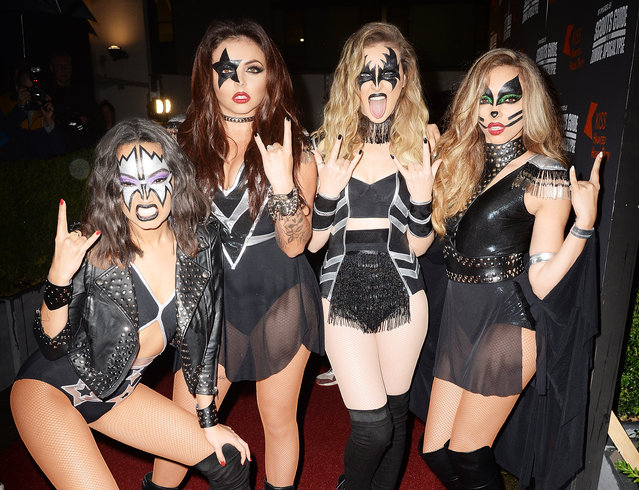 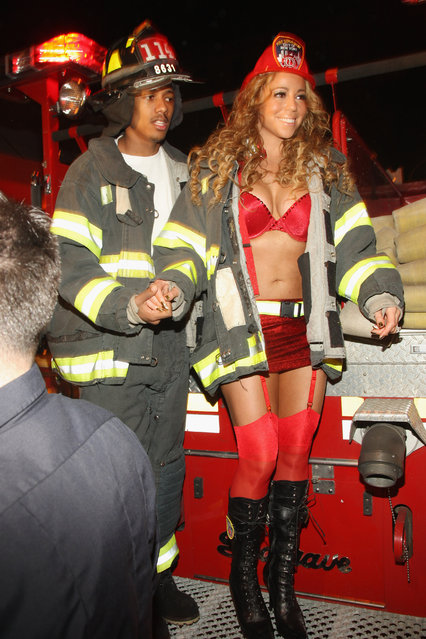 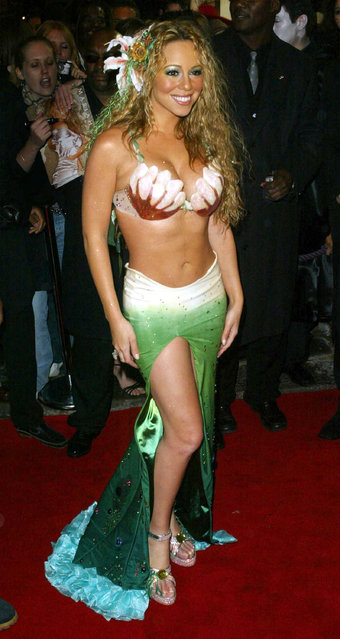 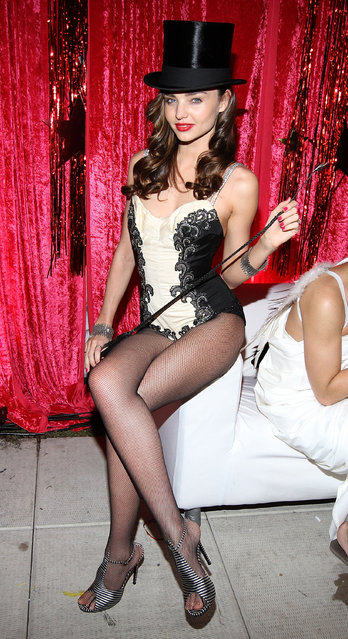 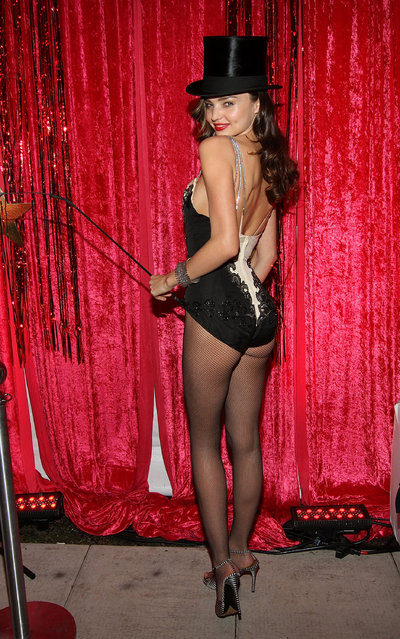 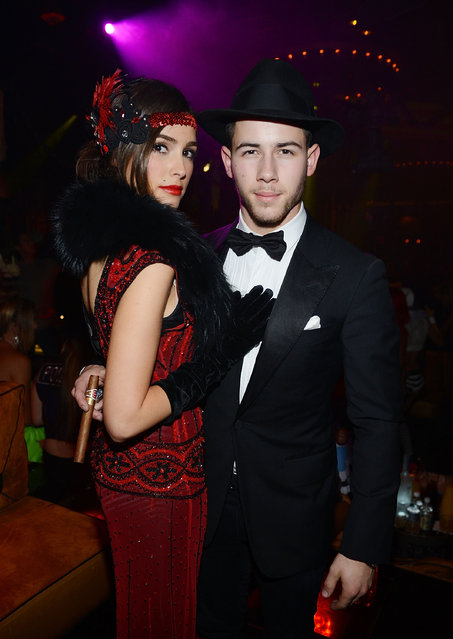 Olivia Culpo and Nick Jonas attend the Halloween costume party contest at 1 OAK Nightclub at the Mirage Hotel and Casino on October 31, 2014 in Las Vegas, Nevada. (Photo by Denise Truscello/WireImage) 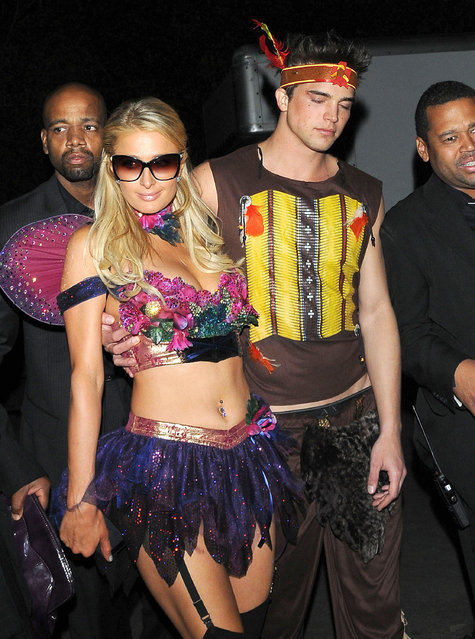 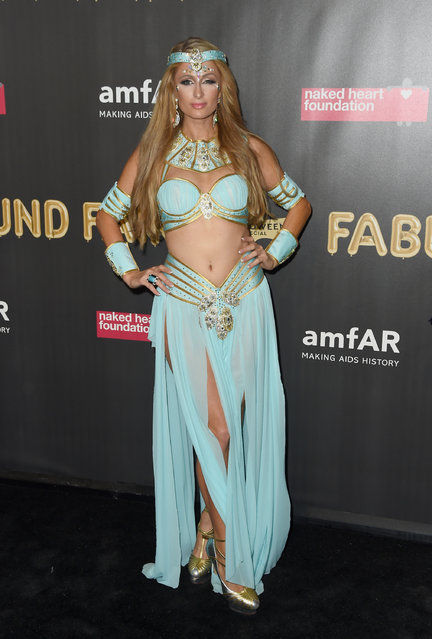 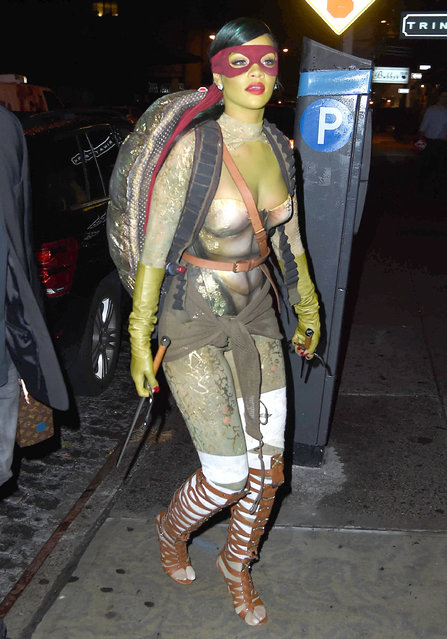 Singer Rihanna going to a Halloween party with some friends in New York City, New York on October 31, 2014. She and her friends were all dressed up as the teenage mutant ninja turtles. (Photo by FameFlynet) 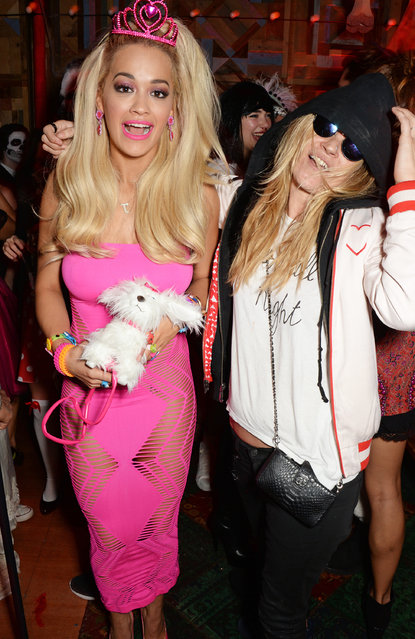 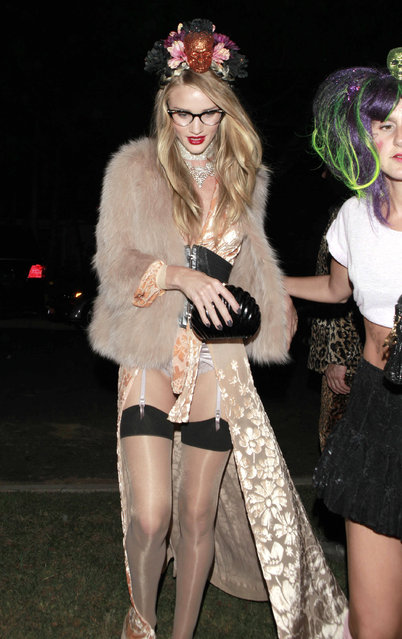 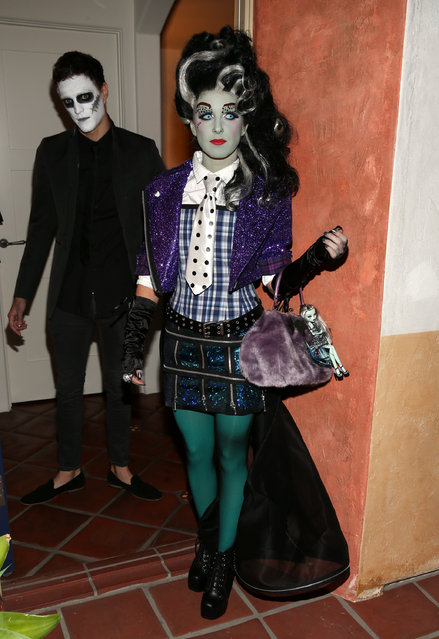 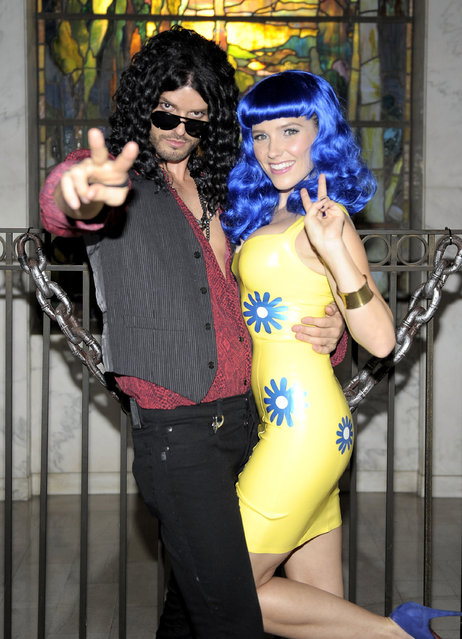 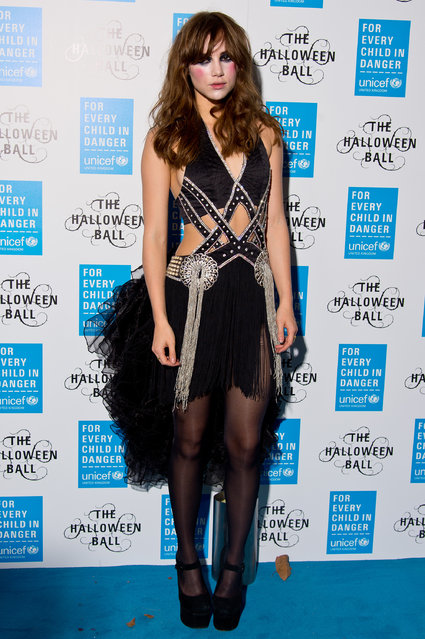 Suki Waterhouse attends the UNICEF Halloween Ball at One Mayfair on October 30, 2014 in London, England. (Photo by Ben A. Pruchnie/Getty Images) 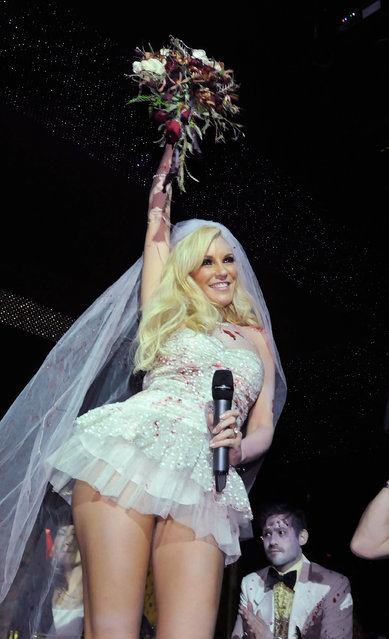