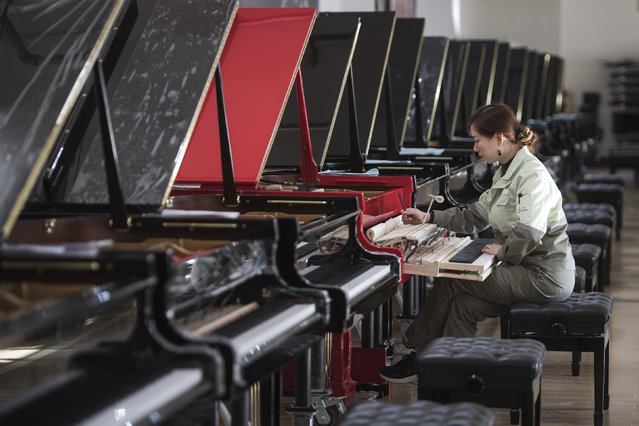 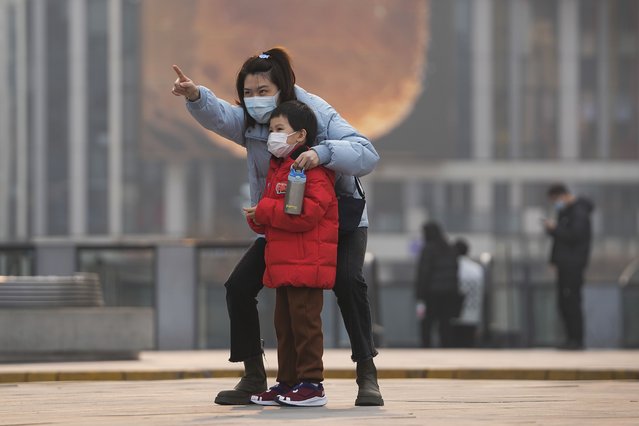 A woman and a child, both wearing face masks to protect from COVID-19 look at a commercial office building in Beijing, Sunday, November 28, 2021. (Photo by Andy Wong/AP Photo) 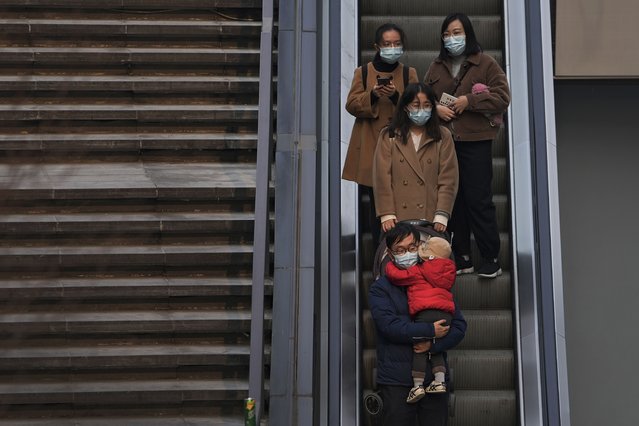 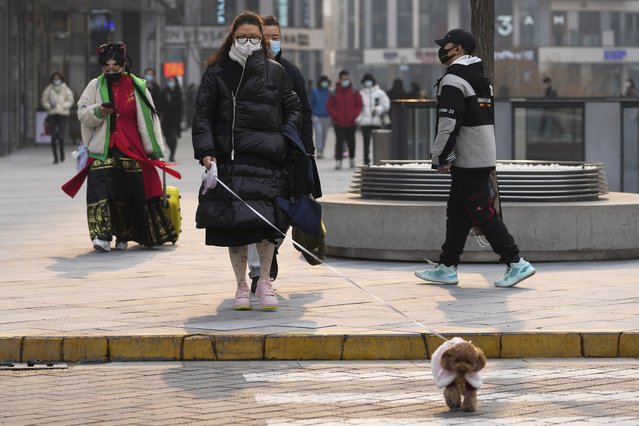 A woman wearing a face mask to protect from COVID-19 walks a dog at a commercial office building in Beijing, Sunday, November 28, 2021. (Photo by Andy Wong/AP Photo) 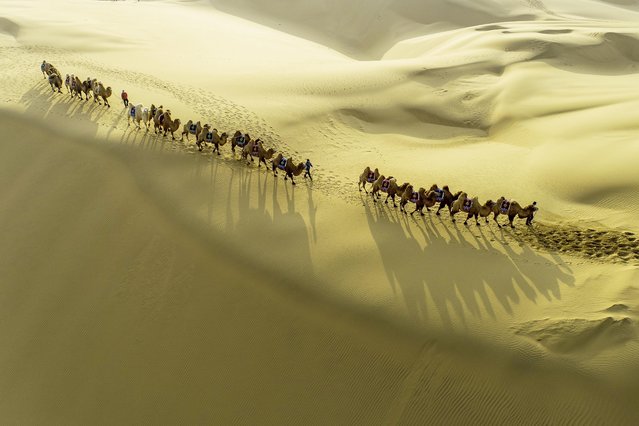 Aerial view of camels walking in a line at Kubuqi Desert on November 29, 2021 in Ordos, Inner Mongolia Autonomous Region of China. (Photo by Wang Zheng/VCG via Getty Images) 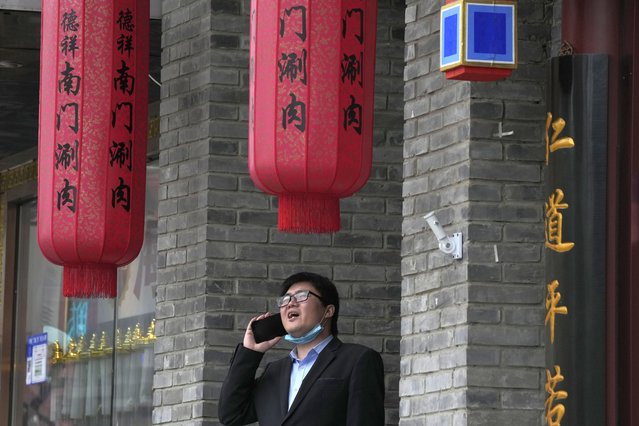 A man lowers his mask to speak on his phone outside a restaurant in Beijing, China, Monday, November 29, 2021. As cases of a new coronavirus variant are confirmed around the world, an increasing number of countries are tightening their borders as fear spreads of yet another extension of pandemic suffering. (Photo by Ng Han Guan/AP Photo) 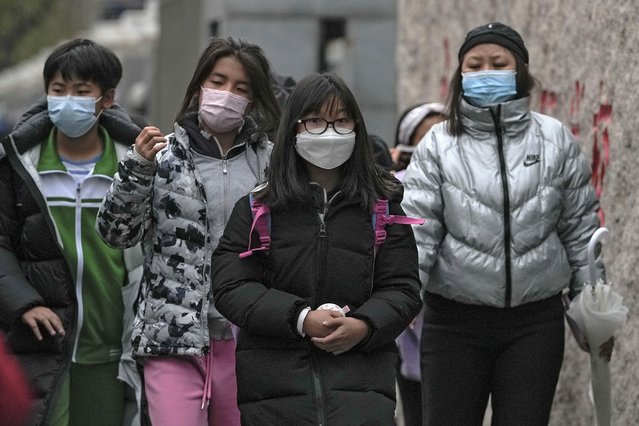 Students wearing face masks to help curb the spread of the coronavirus leave their school after classes in Beijing, Monday, November 29, 2021. Despite the global worry, scientists caution that it's still unclear whether the omicron COVID-19 variant is more dangerous than other versions of the virus that has killed more than 5 million people. Some countries are continuing with previous plans to loosen restrictions, with signs of reopening in Malaysia, Singapore and New Zealand. (Photo by Andy Wong/AP Photo) 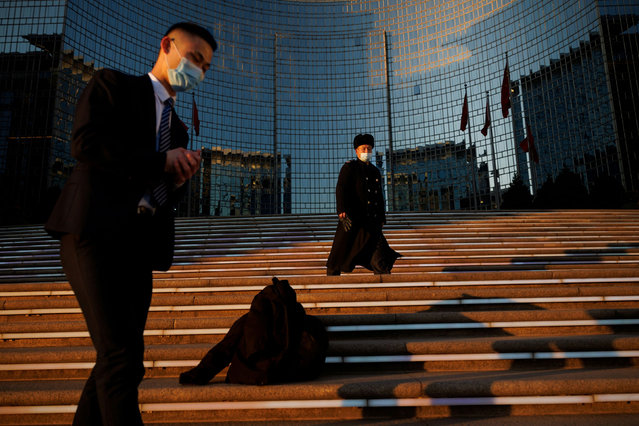 People wearing face masks walk on the steps of a luxury hotel in an upscale business and shopping area as the coronavirus disease (COVID-19) outbreak continues in Beijing, China, December 1, 2021. (Photo by Thomas Peter/Reuters) A man gets instructions from a worker inside a mobile coronavirus testing facility at an office complex in Beijing, Wednesday, December 1, 2021. Although China has so far largely controlled the spread of COVID-19 in recent months, a negative coronavirus test is often required for domestic travel or to attend some events. (Photo by Mark Schiefelbein/AP Photo) 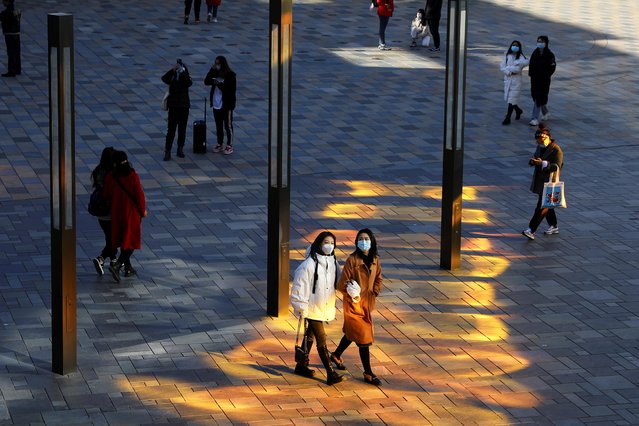 People wearing masks to prevent the spread of the coronavirus disease (COVID-19) walk at a shopping complex in Beijing, China on December 1, 2021. (Photo by Tingshu Wang/Reuters) 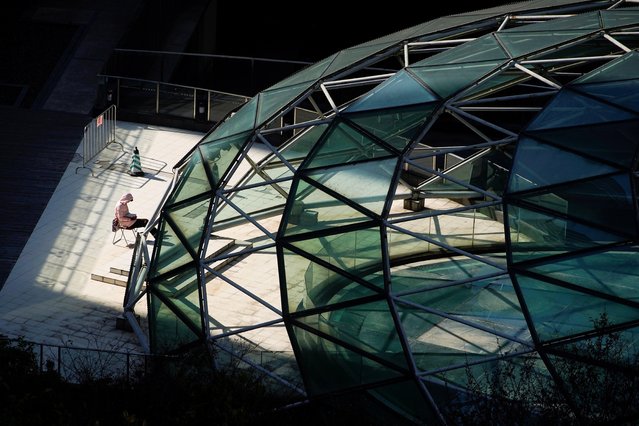 A person reads a book outside a swimming pool in Shanghai, China, December 2, 2021. (Photo by Aly Song/Reuters) 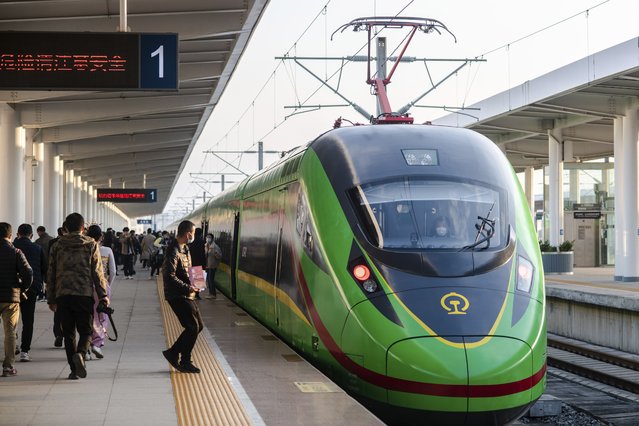 In this photo released by Xinhua News Agency, an electric multiple unit (EMU) train of the China-Laos Railway arrives at Yuxi Railway Station in Yuxi in southwestern China's Yunnan Province, Friday, December 3, 2021. The China Laos railway is one of hundreds of projects under Beijing's Belt and Road Initiative to build ports, railways and other facilities across Asia, Africa and the Pacific. (Photo by Hu Chao/Xinhua via AP Photo) 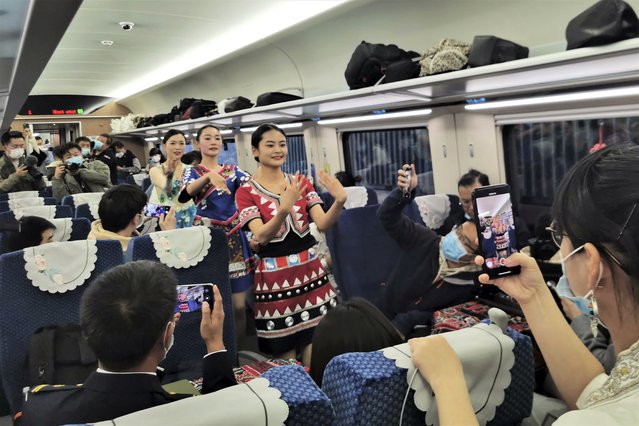 Women in ethnic dresses perform on a passenger carriage of the first regular train service on the Chinese section of the railway between Kunming and Vientiane, the Laotian capital, after its debut ceremony in Kunming in southwestern China's Yunnan province, Friday, December 3, 2021. The railway is one of hundreds of projects under Beijing's Belt and Road Initiative to build ports, railways and other facilities across Asia, Africa and the Pacific. (Photo by Chinatopix via AP Photo) 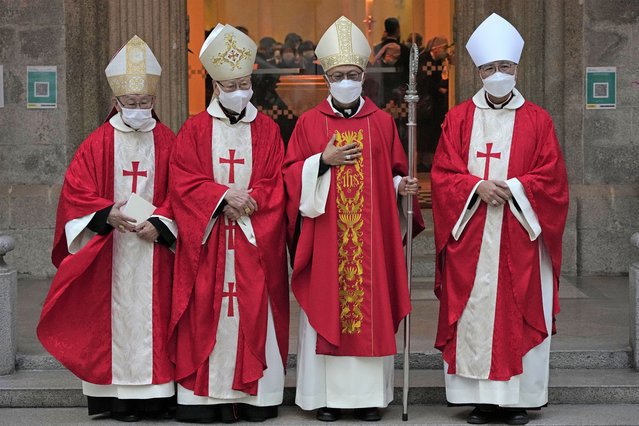 Stephen Chow, second right, wearing surgical mask to protect against the coronavirus, poses after the episcopal ordination ceremony as the new Bishop of the Catholic Diocese, in Hong Kong, Saturday, December 4, 2021. The new head of Hong Kong's Catholic diocese expressed hope Saturday that he could foster healing in a congregation and a city divided by the continuing fallout from massive anti-government protests in 2019. (Photo by Kin Cheung/AP Photo) 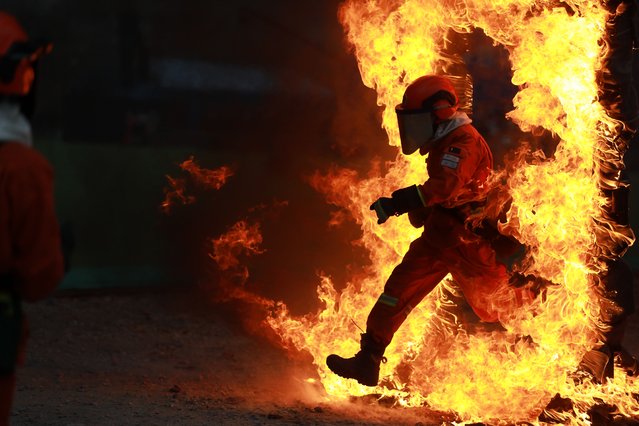 A firefighter passes through fire in a firefighting drill on December 7, 2021 in Aba Tibetan and Qiang Autonomous Prefecture, Sichuan Province of China. (Photo by Zeng Peng/VCG via Getty Images) 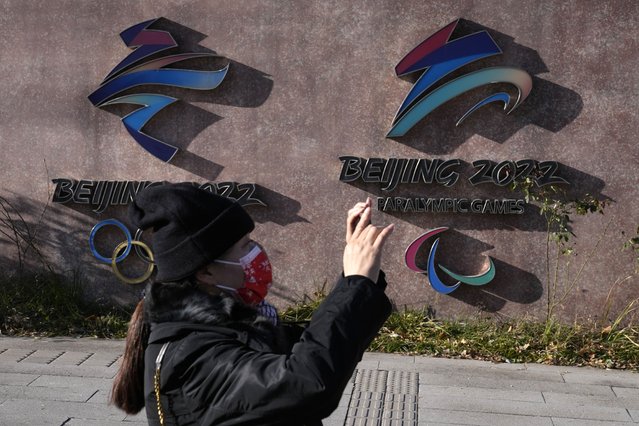 A woman wearing takes photos near the logos for the Beijing Winter Olympics and Paralympics in Beijing, China, Tuesday, November 9, 2021. China on Tuesday, Dec. 7, 2021 accused the United States of violating the Olympic spirit by announcing an American diplomatic boycott of February's Beijing Winter Games. (Photo by Ng Han Guan/AP Photo) 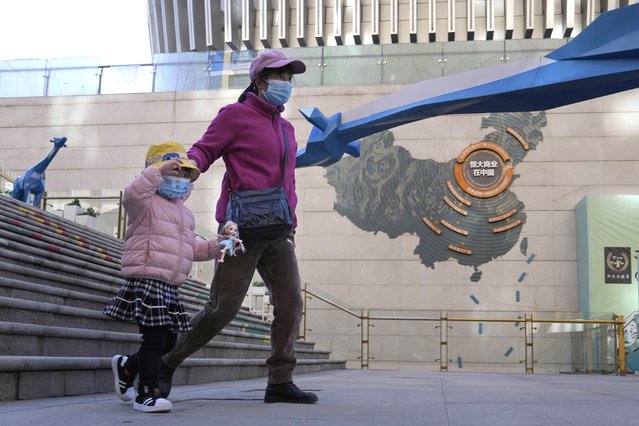 Residents wearing masks pass by a sign depicting Evergrande Group's China operation at a one of their commercial projects in Beijing, China, Tuesday, December 7, 2021. Evergrande Group's struggle to turn assets into cash has prompted fear a default might chill Chinese lending markets and cause global shockwaves. Economists say the ruling Communist Party can prevent a credit crunch but it wants to avoid sending the wrong signal by bailing out Evergrande in the middle of a campaign to force companies to cut debt Beijing worries is dangerously high. (Photo by Ng Han Guan/AP Photo)
Edit Del
08 Dec 2021 09:14:00, post received 0 comments
Publication archive:
←   →
Popular tags:
All tags
Last searches: