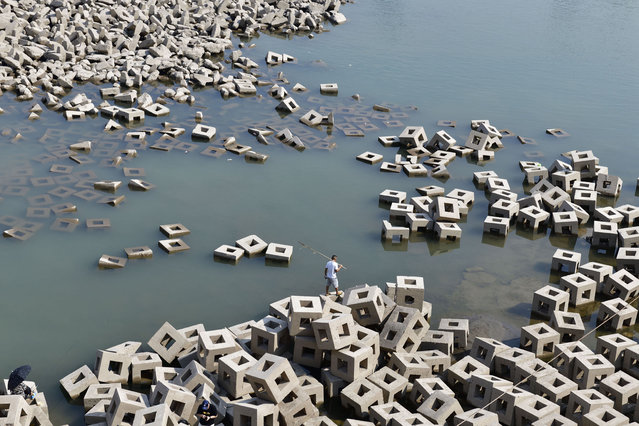 Stone pillars are exposed in the Yangtze River on September 14, 2022 in Chongqing, China. The water level of Yangtze River has dropped due to sustained high temperatures and little rain. (Photo by VCG/VCG via Getty Images) A woman stands next to paintings by french impressionist Claude Monet displayed on an Immersive Wall during a preview entitled 'En Voyage with Claude Monet. The First-ever Immersive Experience of Monet in Hong Kong' in Hong Kong, China, 15 September 2022. The immersive experience featuring works from the impressionist painter will bring more than 300 paintings to life through an application of light, sound and a 360 degrees animation when it opens on 27 October 2022. (Photo by Jerome Favre/EPA/EFE) 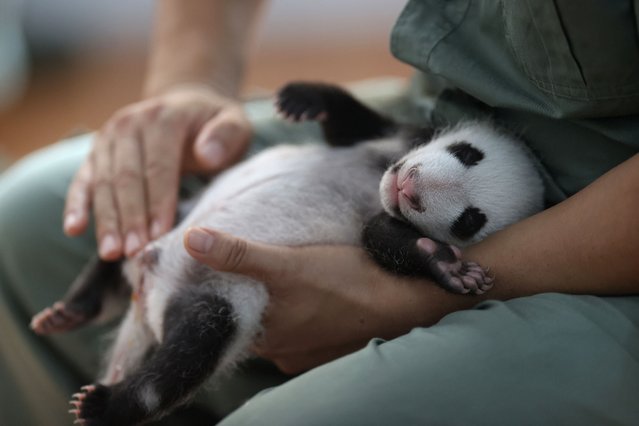 This photo taken on September 15, 2022 shows a keeper holding a panda cub at the Sibao Science Park in Xian in China's northern Shaanxi province. (Photo by Reuters/China Stringer Network) 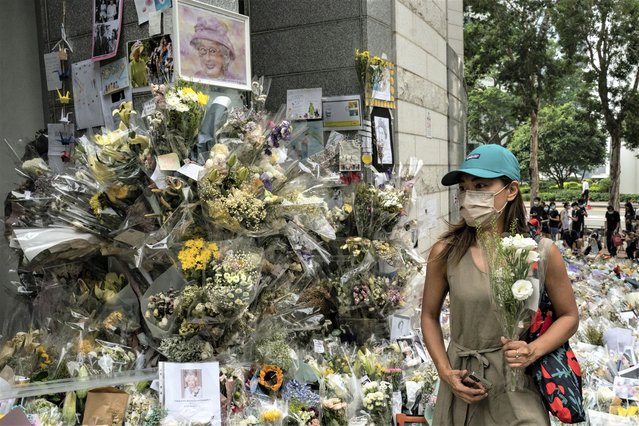 A woman lays flowers as a tribute outside the British Consulate in Hong Kong, Friday, September 16, 2022. In Britain, Thousands of mourners waited for hours Thursday in a line that stretched for almost 5 miles (8 kilometers) across London for the chance to spend a few minutes filing past Queen Elizabeth II's coffin while she lies in state. (Photo by Anthony Kwan/AP Photo) 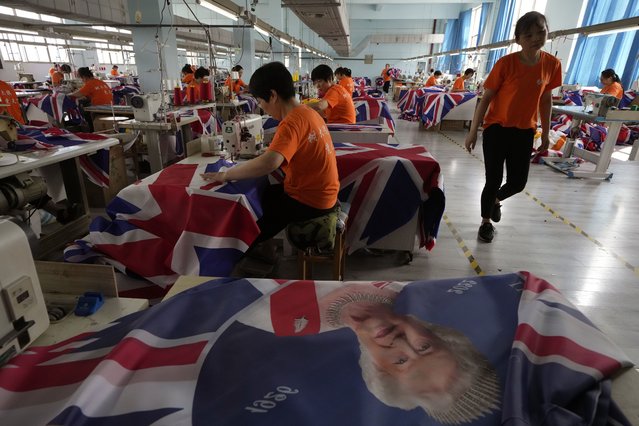 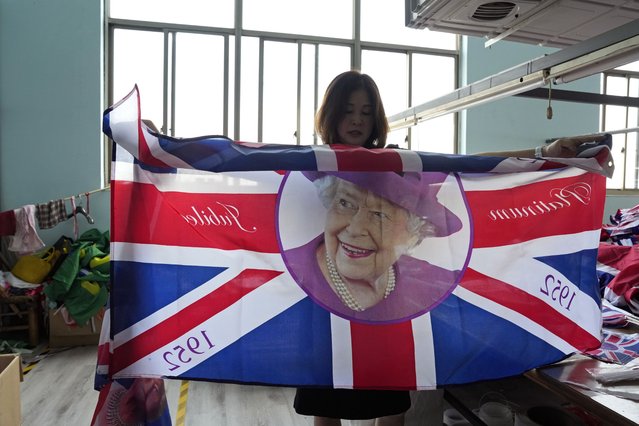 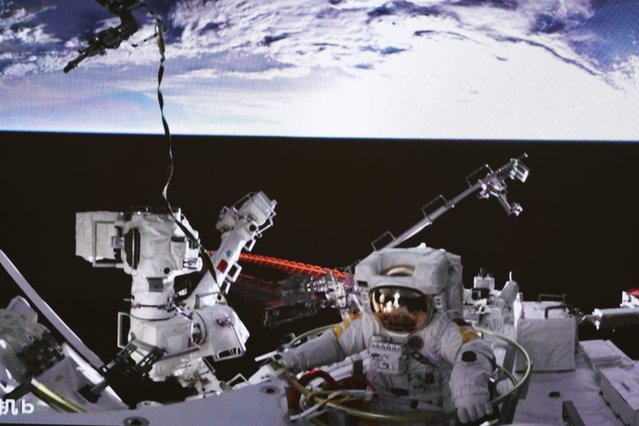 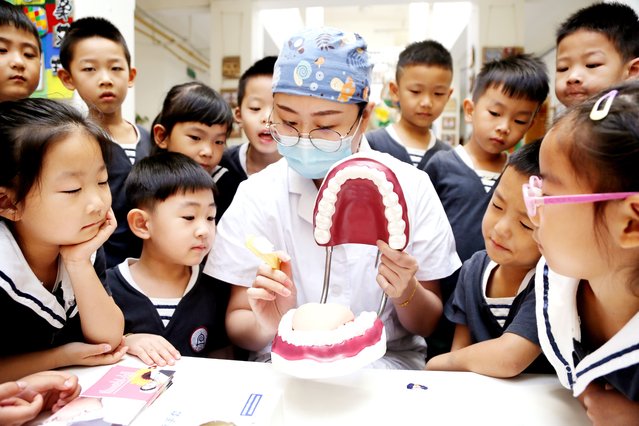 A medical worker explains the knowledge of dental care to children on China's Dental Care Day on September 19, 2022 in Lianyungang, Jiangsu Province of China. (Photo by Wang Chun/VCG via Getty Images) 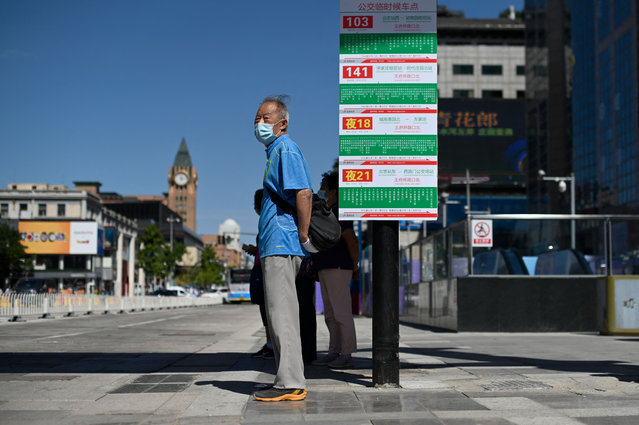 An elderly man stands at a bus stop in Beijing on September 19, 2022. (Photo by Wang Zhao/AFP Photo) 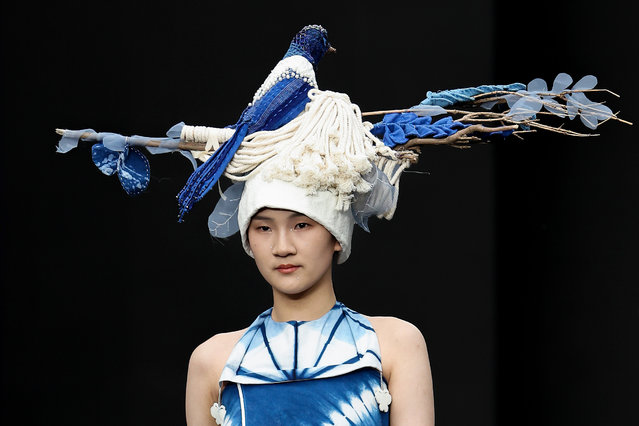 A model showcases designs on the runway at the 5th Anniversary joint release of invited works 2022 collection show during the day five of Beijing Fashion Week at Wangfujing street on September 19, 2022 in Beijing, China. (Photo by Lintao Zhang/Getty Images) 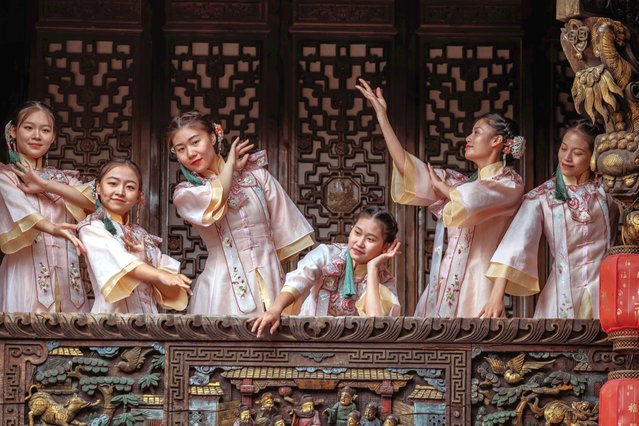 Artists perform during a “Yandu Story” Show performance, in Yancheng, Jiangsu province, China, 20 September 2022. The story dates back to some 100 years when – according to the organizers – two prominent local families, Gu and Ling, were committed to get out of a predicament, but parted due to different development concepts and ended in a turmoil. The large-scale immersive series of performances took more than a year of careful planning and consists of two parts: a daytime performance and a 90-minute night performance, they added. (Photo by Alex Plavevski/EPA/EFE/Rex Features/Shutterstock) 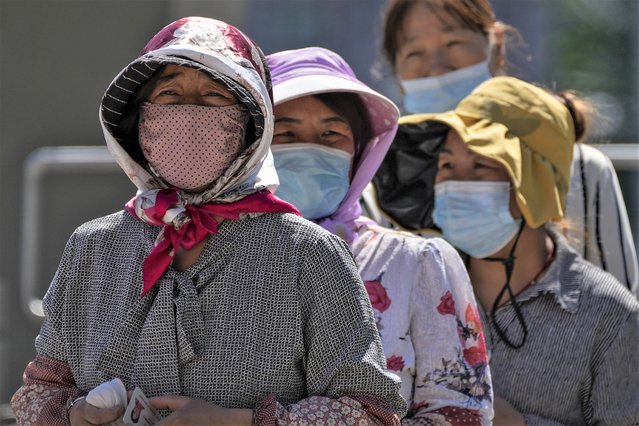 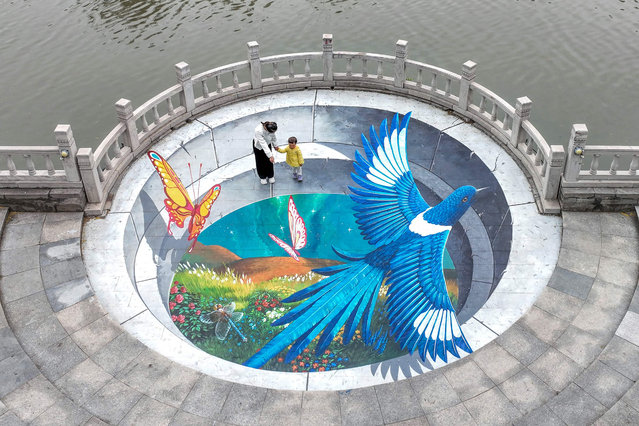 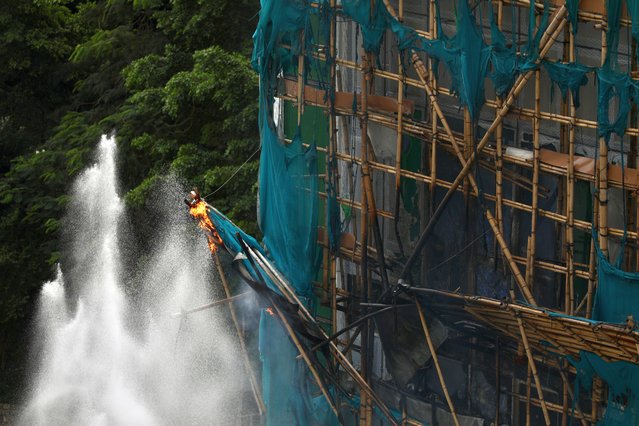 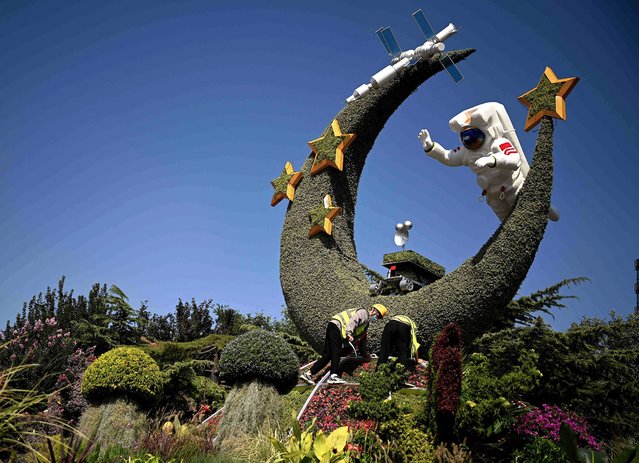 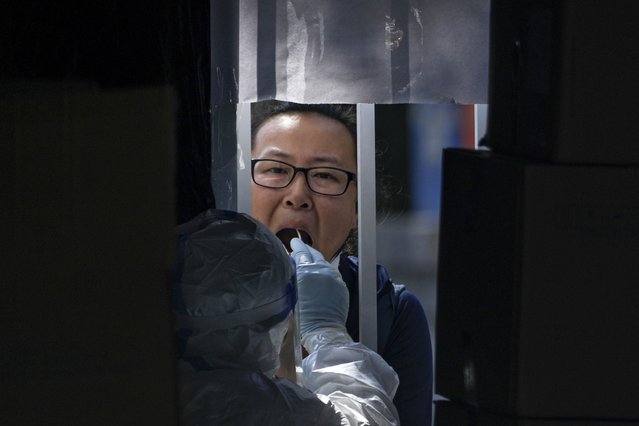 A man gets his routine COVID-19 throat swab at a coronavirus testing site in Beijing, Wednesday, September 21, 2022. (Photo by Andy Wong/AP Photo) 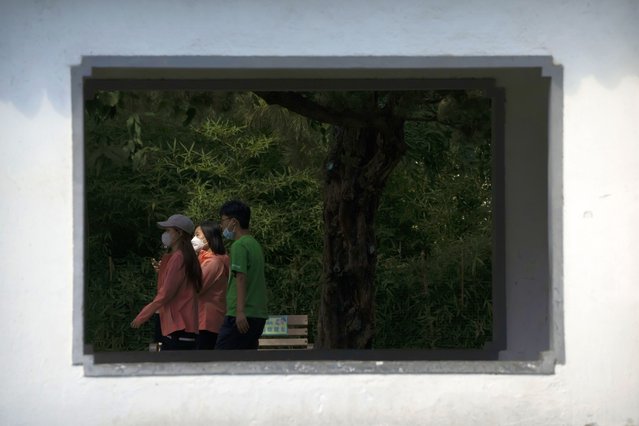 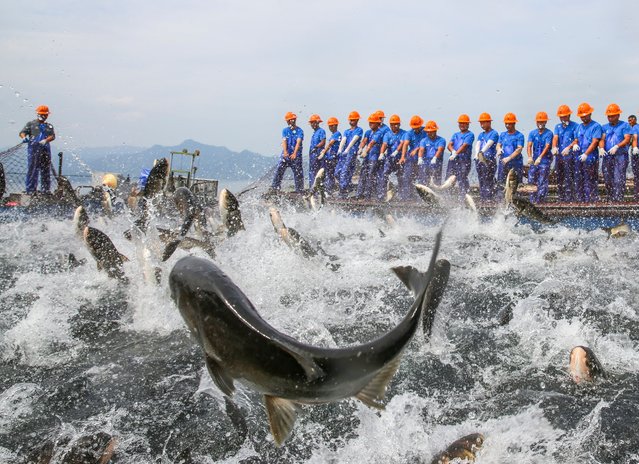 Fishermen pull a huge fishing net on the Qiandao Lake to welcome the 5th Chinese farmers' harvest festival on September 22, 2022 in Chun'an, Zhejiang Province of China. (Photo by VCG/VCG via Getty Images) 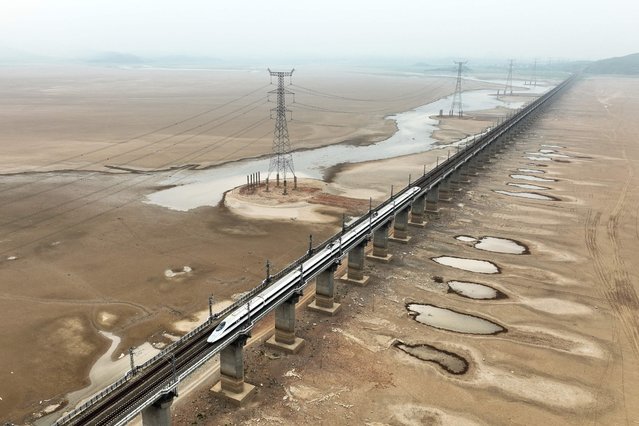 This aerial photo taken on September 22, 2022 shows a train driving on a bridge above a dry area of China's largest freshwater Poyang Lake in Jiujiang, in China's central Jiangxi province. (Photo by AFP Photo/China Stringer Network)