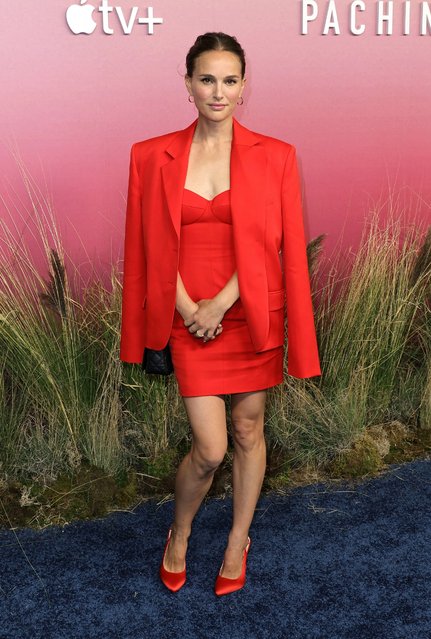 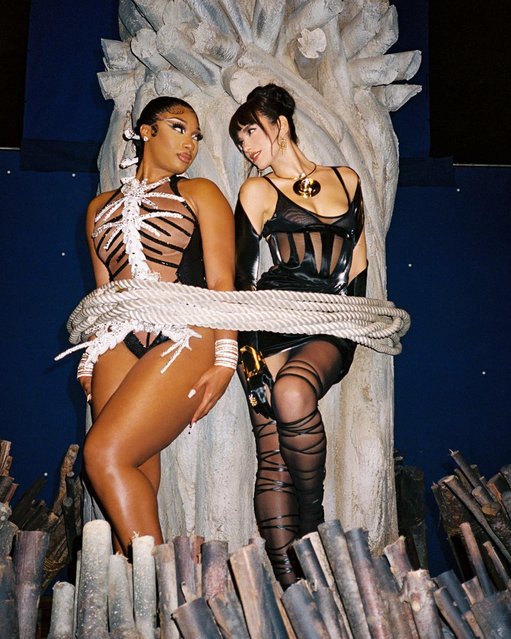 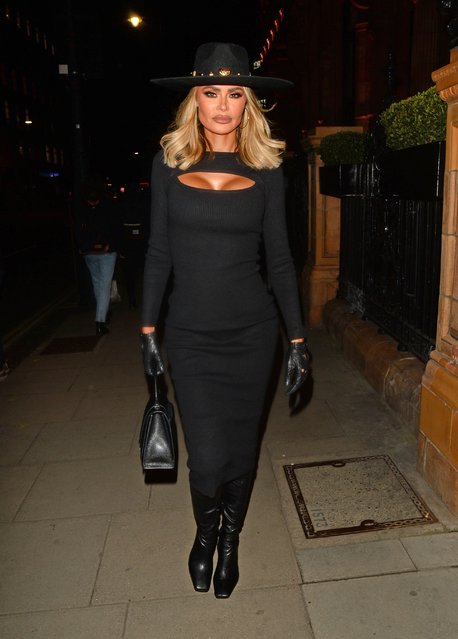 Busty Towie star Chloe Sims flashes her boobs as she enjoys glam night on the town in cut out black outfit and gloves on March 16, 2022. The reality star, 40, wore a stylish black Asos dress with a cut out section across the chest revealing her cleavage. (Photo by Goff Photo) 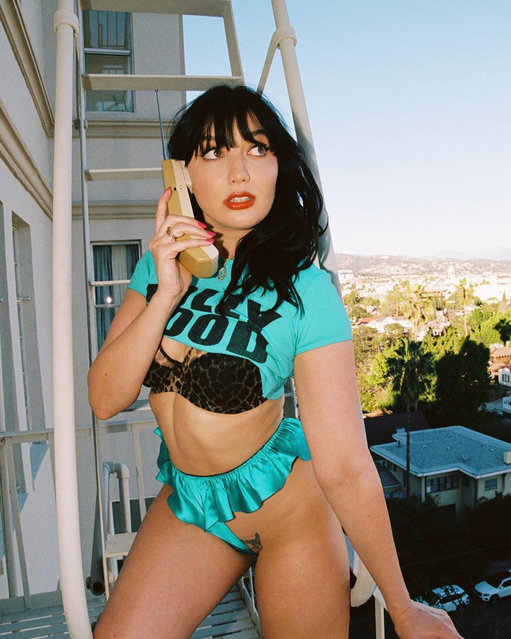 British fashion model Daisy Lowe sent her fans wild with this photo in the second decade of March 2022. Daisy showed off her intimate tattoo as she posed in the high-waisted thong. (Photo by daisylowe/Instagram) 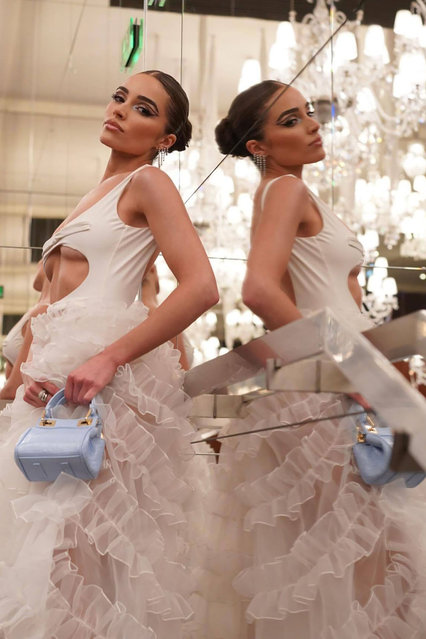 American media personality Olivia Culpo proves it might be a crime to look this bougie in beige in the first decade of March 2022. (Photo by oliviaculpo/Instagram) 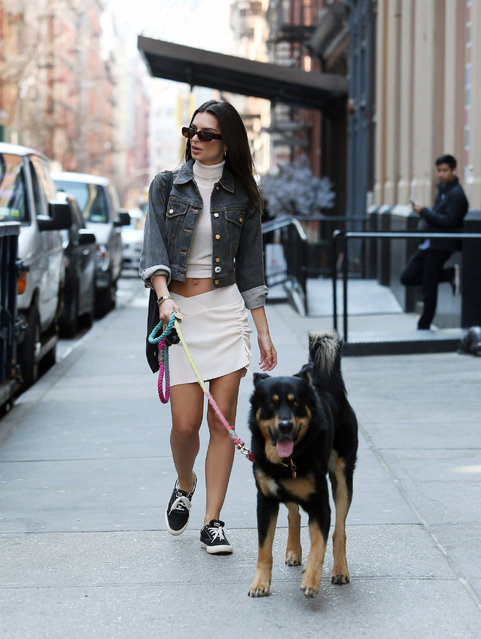 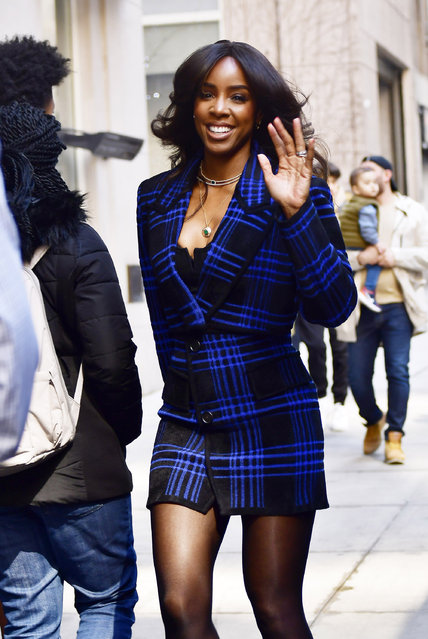 American singer-songwriter, actress, and television personality Kelly Rowland is all smiles as she steps out in New York City on March 16, 2022. Kelly looked fashionable in a plaid mini dress, black tights, and heels. Rowland flashed her diamond ring while giving a wave to fans. (Photo by The Image Direct) 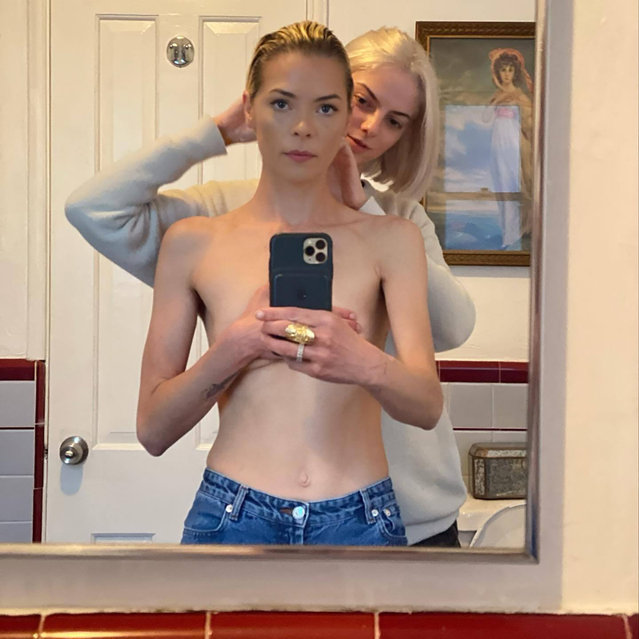 American actress and model Jaime King quotes American painter and graphic artist Isabel Bishop alongside a photo of herself posing topless in the first decade of March 2022. (Photo by jaime_king/Instagram) 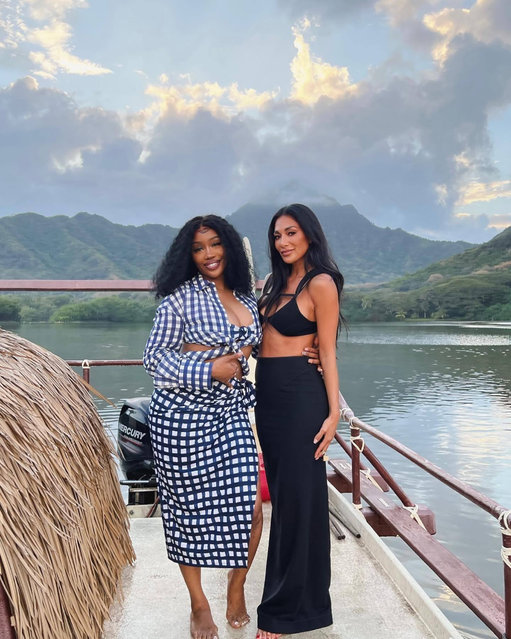 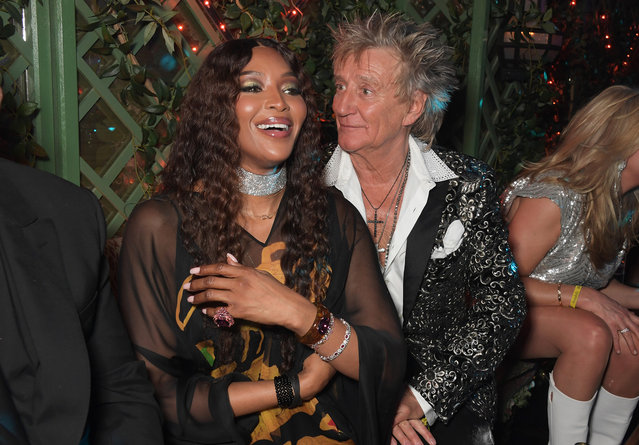 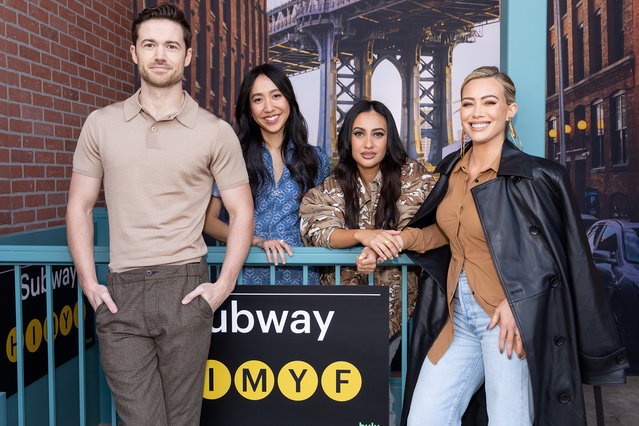 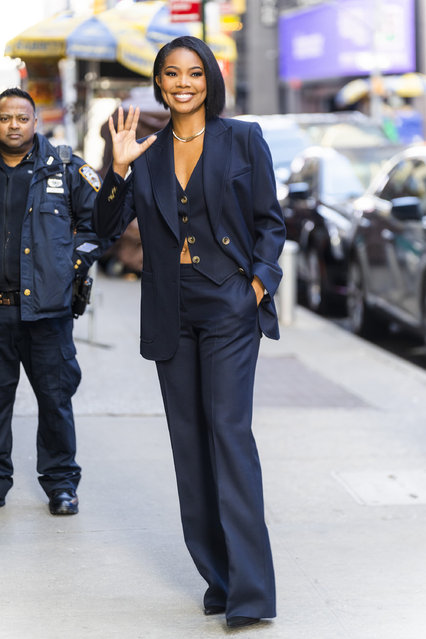 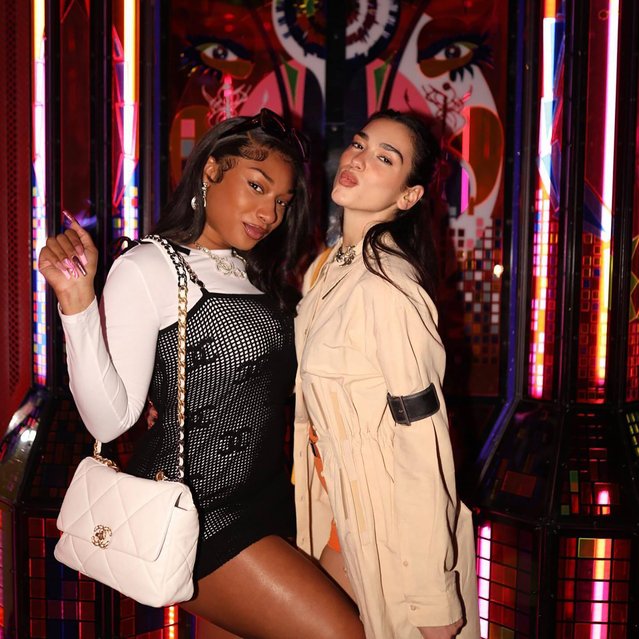 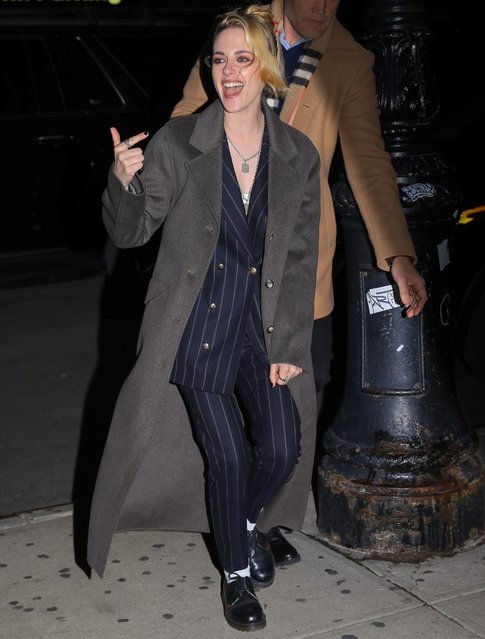 American actress Kristen Stewart looks like she's having a ball in New York City in the first decade of March 2022. (Photo by ZapatA/The Mega Agency) 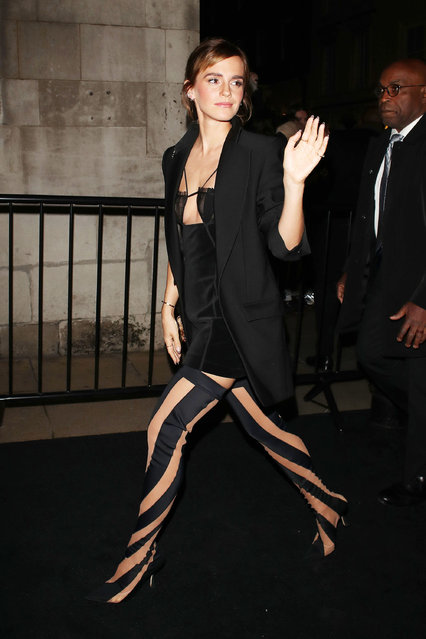 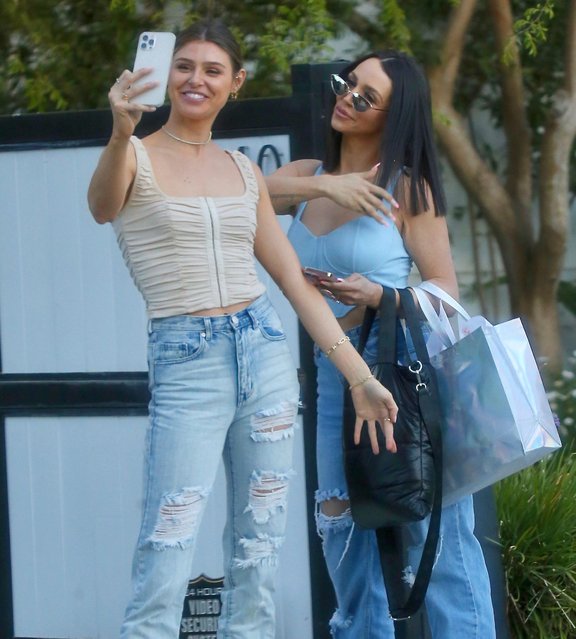 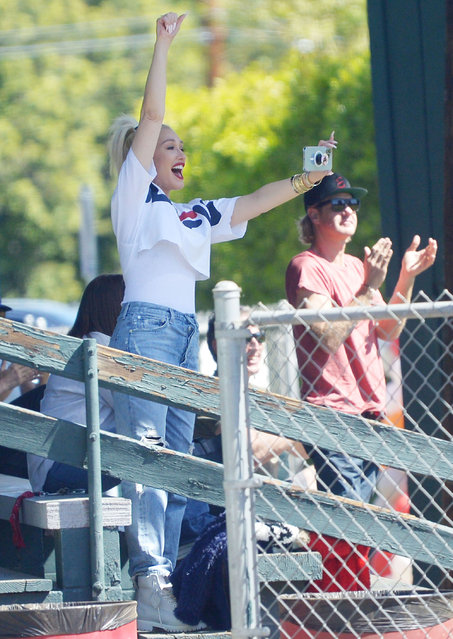 American singer-songwriter Gwen Stefani screams louder than anyone in the stands after Zuma got a base hit and made it all the way home to score at his baseball game in Los Angeles on Saturday, March 5, 2022. Zuma's team won the game. Blake Shelton didn't attend the game nor did Zuma's Dad Gavin Rossdale who is on tour in Australia with his band Bush. Gwen just came out with her new makeup line called GXVE by Gwen Stefani. (Photo by GAC/The Mega Agency) 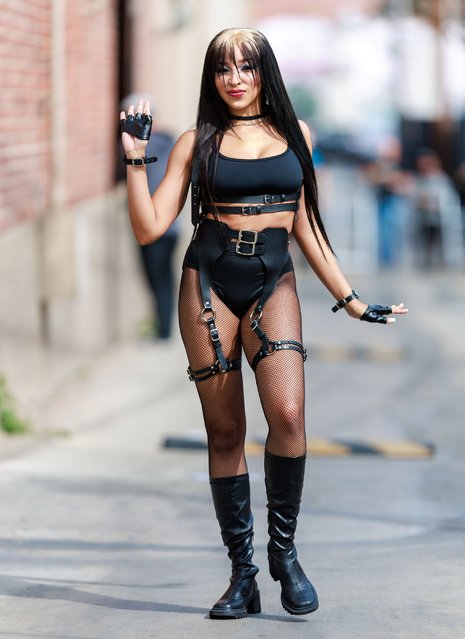 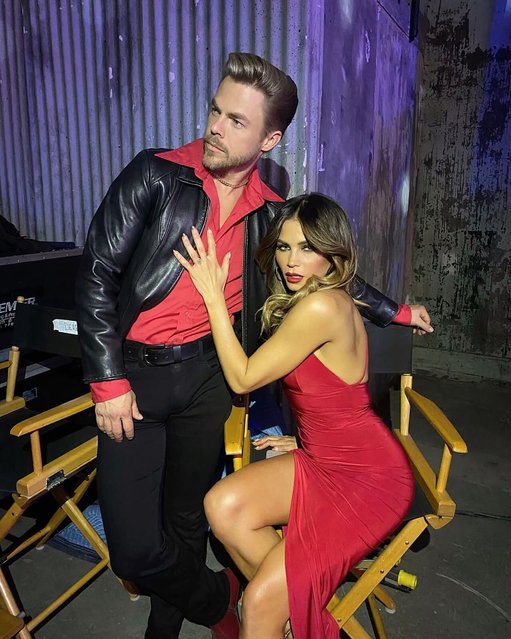 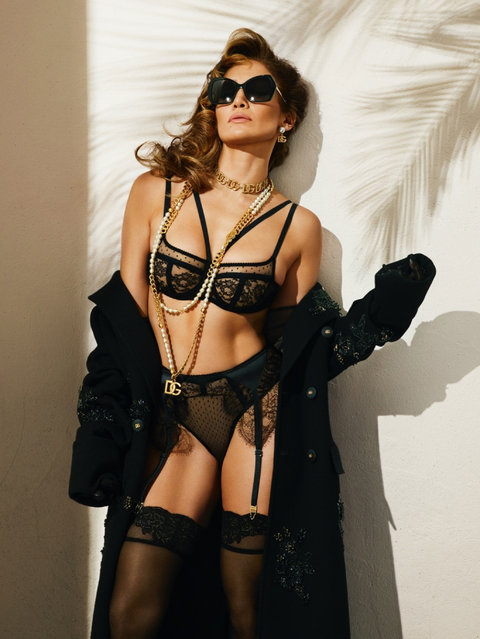