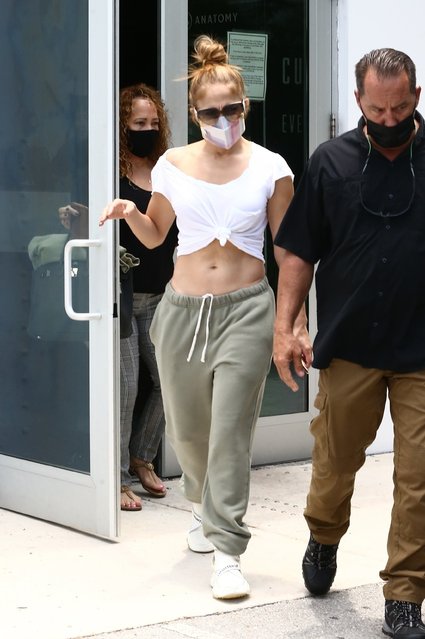 J-Lo's post-break up body is remaining flawless! The superstar left a gym session in Miami on May 12, 2021 with a shirt so sweaty she had to twist it into a knot. Jenny revealed an incredibly toned waist as she returned to her ride. (Photo by Backgrid USA) 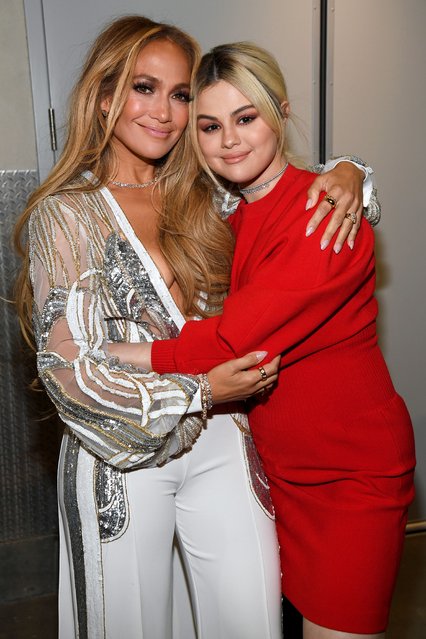 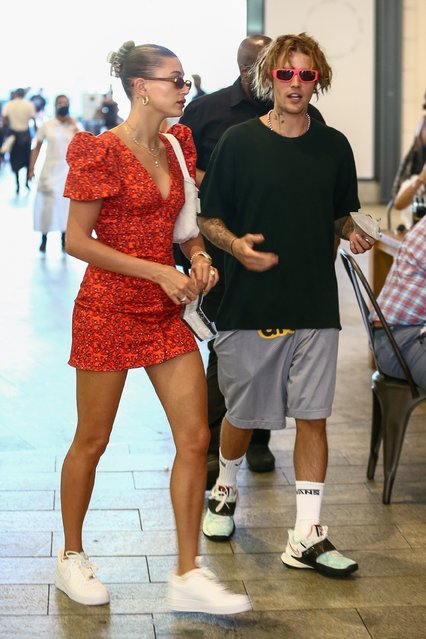 Loving couple Justin and Hailey Bieber go shopping through the streets of Brickell in downtown Miami on May 3, 2021, in the midst of a lot of security. The singer had drawn accusations of cultural appropriation when he debuted his new do earlier this week. The singer's highly anticipated comeback tour that was set to start in June has been pushed back to 2022. (Photo by Backgrid USA) 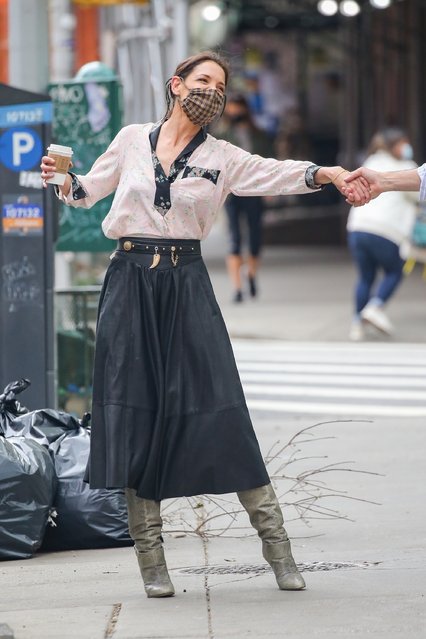 Actress Katie Holmes enjoys a walk in The Big Apple wearing a chic floral blouse paired with a leather skirt and booties on May 3, 2021. The actress turned her frown upside down after a coffee run. (Photo by Backgrid USA) 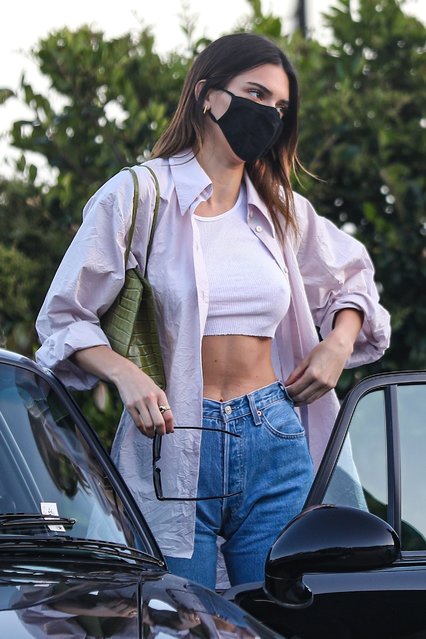 Supermodel Kendall Jenner showcases her fit model frame as she was spotted leaving dinner at Nobu in Malibu, CA. on May 3, 2021. (Photo by Backgrid USA) 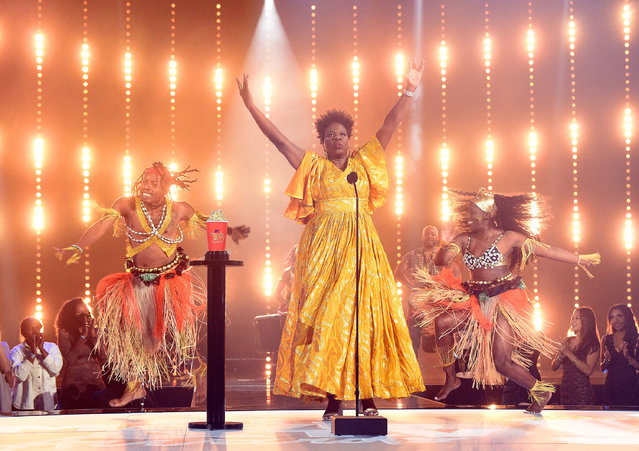 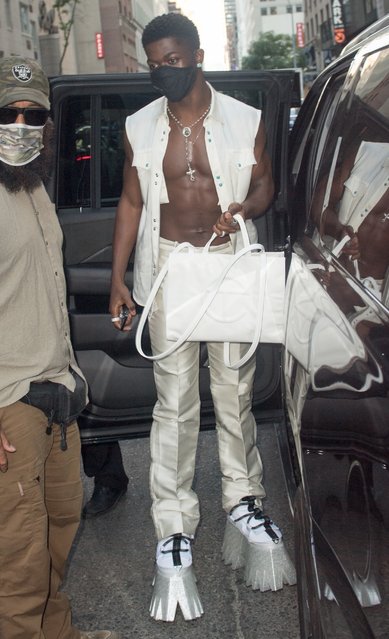 American rapper Lil Nas X stands tall in platform shoes and a shiny white outfit whilst revealing his toned abs as he enjoys the day out and about in New York on May 20, 2021. Nas makes time for his fans as he stop to take pictures and sign autographs before leaving. (Photo by Backgrid USA) 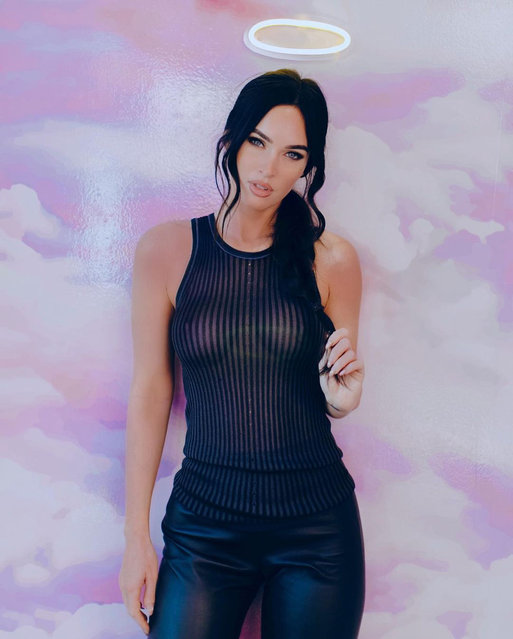 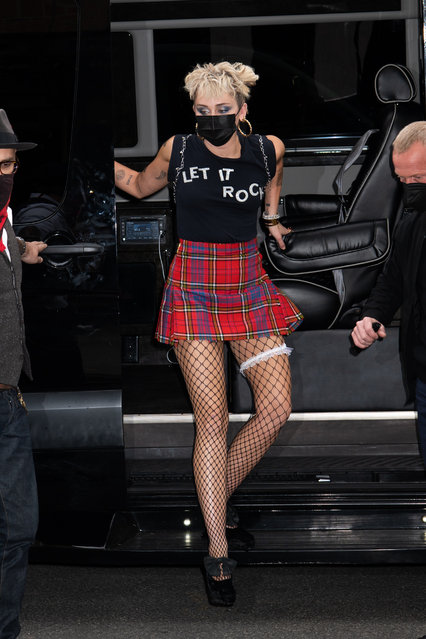 Fans Mob Miley Cyrus as she returns to hotel after SNL Rehearsal Downtown, NY on May 6, 2021. (Photo by RCF/The Mega Agency) 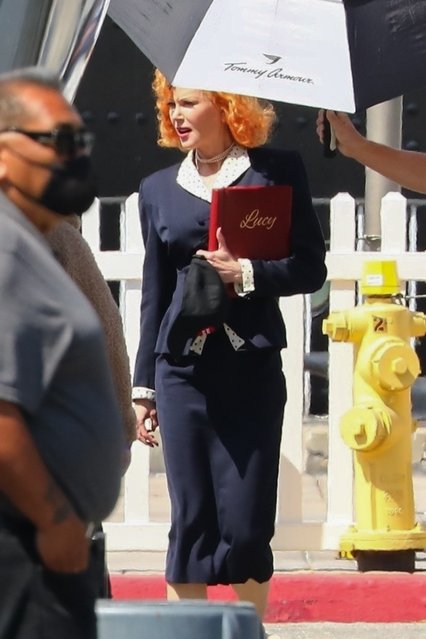 Actress Nicole Kidman returns to her trailer as she wraps up filming scenes as Lucy for “Being the Ricardos” in Long Beach, CA. on May19, 2021. (Photo by Backgrid USA) 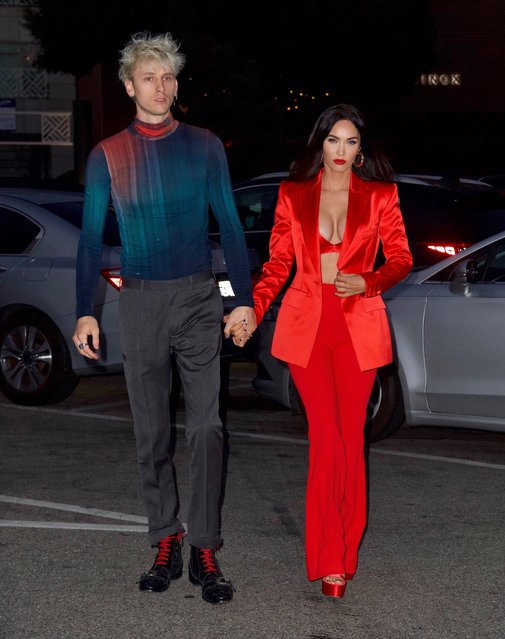 American actress and model Megan Fox nearly busts out of red silk bra as she celebrates 35th birthday with boyfriend Machine Gun Kelly in Santa Monica, California on May 15, 2021. Megan showed off her amazing figure as she was the center of attention during her birthday celebrations on Saturday. (Photo by Splash News and Pictures) 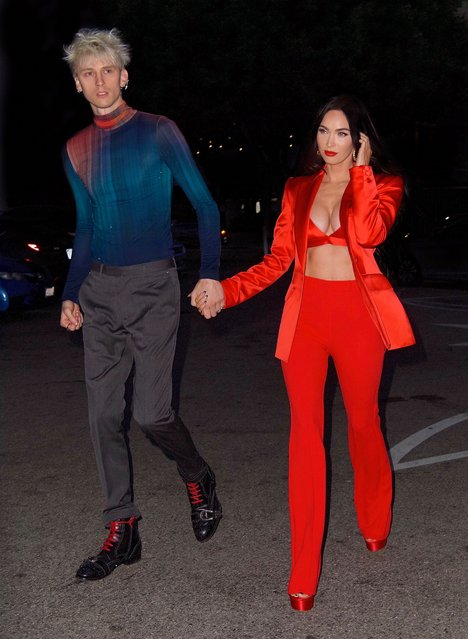 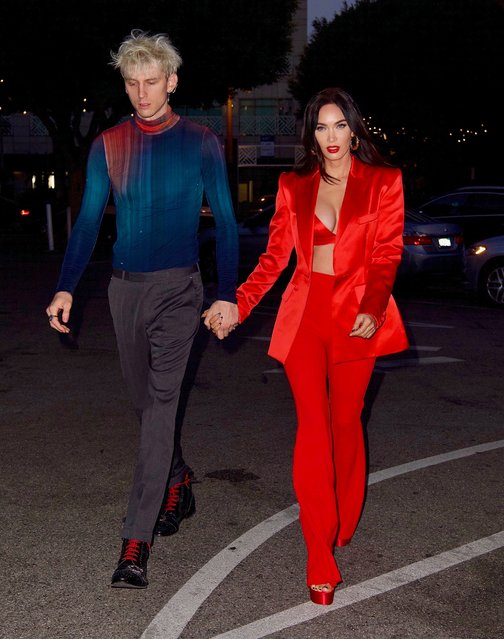 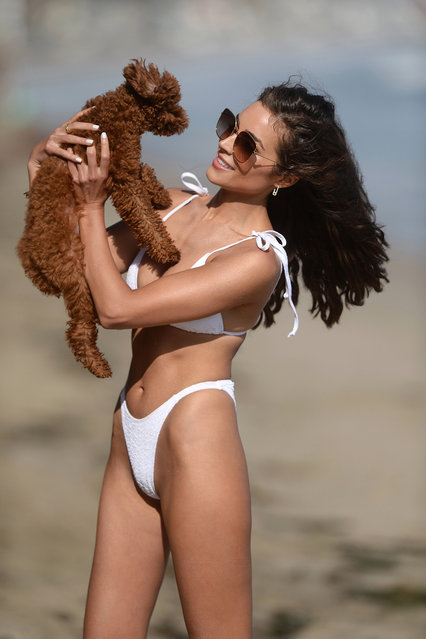 American fashion influencer and social media personality Olivia Culpo rocking a boohoo bikini while on the beach in Malibu on May 12, 2021 with her dog Oliver Sprinkles, a toy golden doodle. (Photo by Michael Simon/startraksphoto.com) 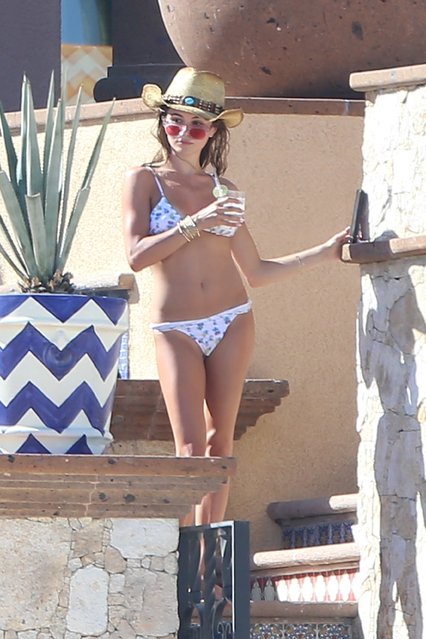 American social media celebrity Olivia Jade is getting away from it all and living it up in Cabo San Lucas, Mexico! Olivia is all sombrero, bikinis, drinks, and sunshine while enjoying her Mexican getaway on May 4, 2021. The Youtuber snapped selfies of herself and her drink as she enjoyed her vacation time at her massive getaway stay on May 2, 2021. (Photo by HEM/Backgrid USA) 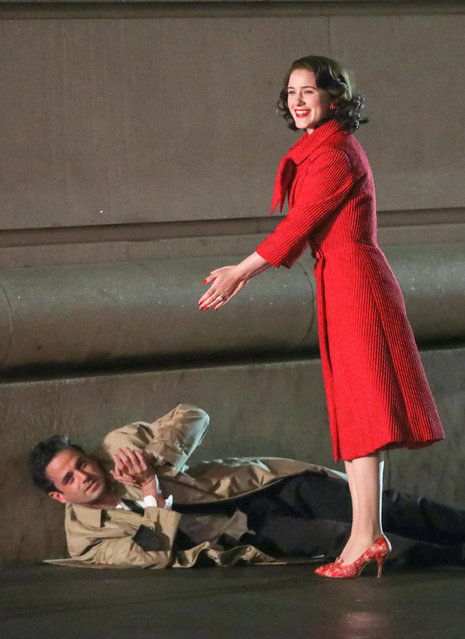 American actress Rachel Brosnahan and American-Canadian screen and stage actor Luke Kirby are seen at the film set of “The Marvelous Mrs. Maisel” on May 10, 2021 in New York City. (Photo by Jose Perez/Bauer-Griffin/GC Images) 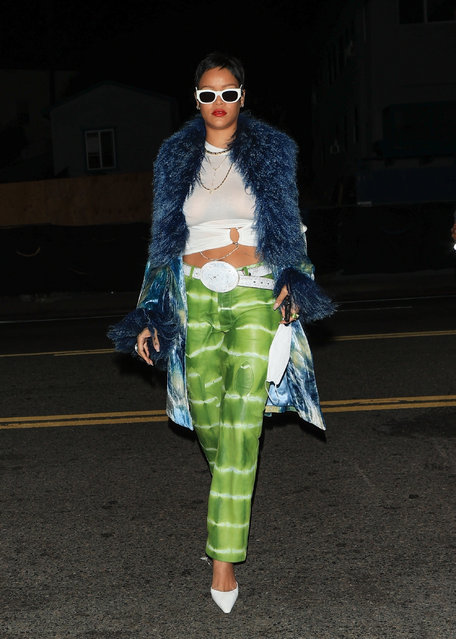 Rihanna shows off her new short hair style arriving for dinner at Giorgio Baldi in Santa Monica on May 5, 2021. (Photo by Backgrid USA) 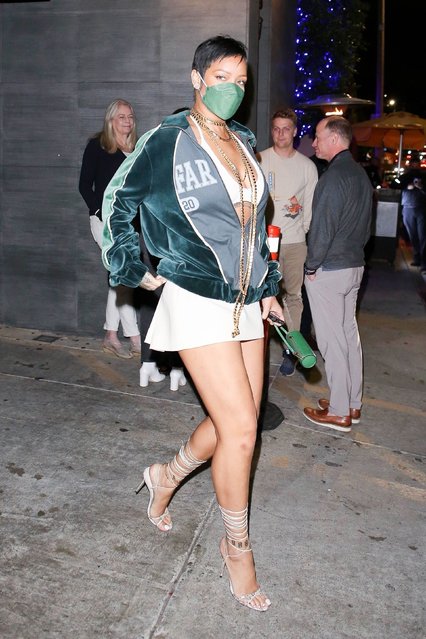 Rihanna brings her memorable and nostalgic 2012 style back as she rocks a bold pixie cut to dinner at Nobu in West Hollywood on May 18, 2021. (Photo by Backgrid USA) 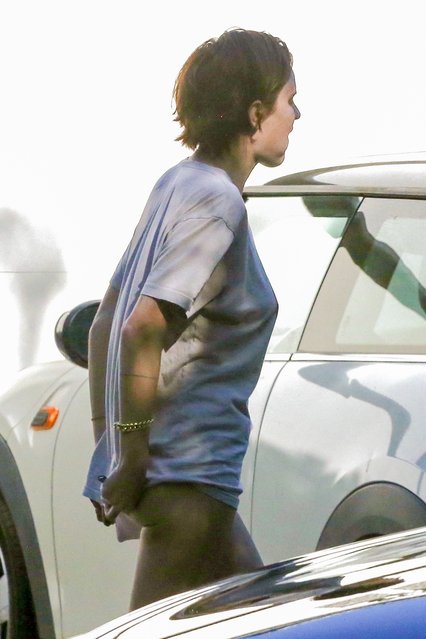 Demi Moore and Rumer Willis celebrate Tallulah Willis's engagement with Dillon Buss at Tallulah's home in Los Angeles on May 5, 2021. Tallulah displays her engagement ring as she takes out the trash after her mother Demi arrives with groceries and 2 cans of her beloved Red Bull for their family celebration, while Rumer makes a call at the street in her bikini and Scout Willis's boyfriend Jake Miller arrives. (Photo by Backgrid USA)
Edit Del
25 May 2021 08:51:00, post received 0 comments
Publication archive:
←   →
Popular tags:
All tags
Last searches: