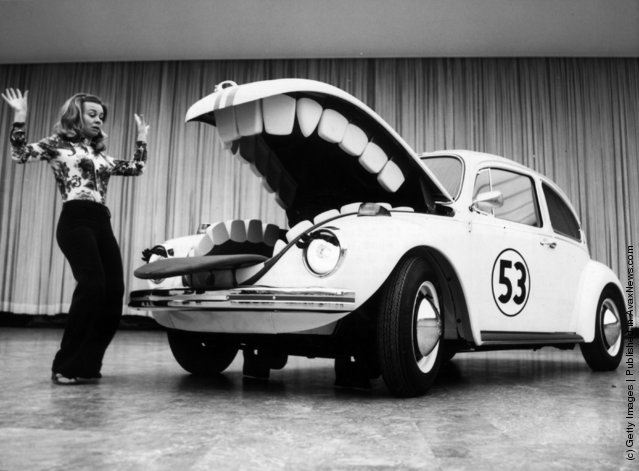 Herbie, the anthropomorphic Volkswagen featured in the Disney film “The Love Bug” and its sequels terrorises a young woman at a motorshow in Berlin. (Photo by Keystone/Getty Images). 23rd June 1972 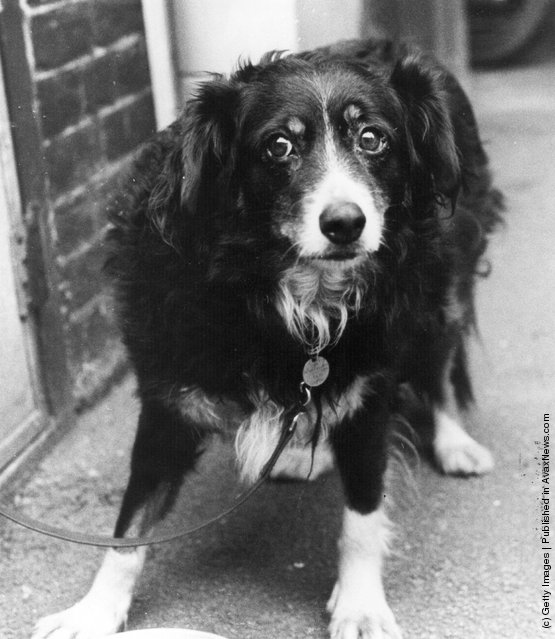 Judy, a black collie whose owner was killed by a train when trying to retrieve her after she slipped her lead. (Photo by Evening Standard/Getty Images). 17th December 1976 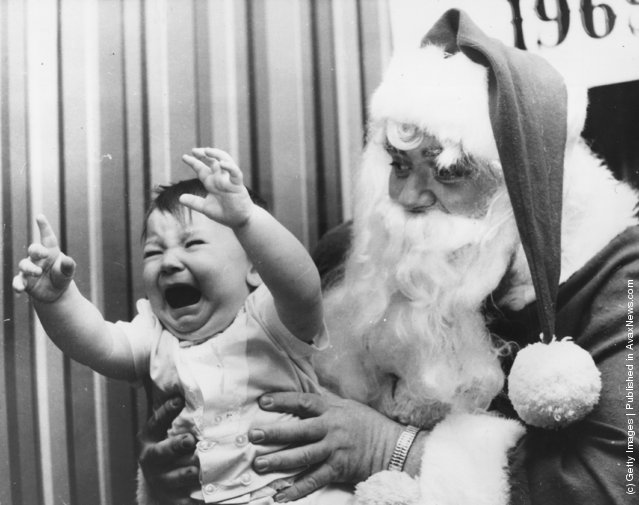 A baby screams in the arms of a traditional English Santa Claus. (Photo by Keystone/Getty Images). 23rd December 1969 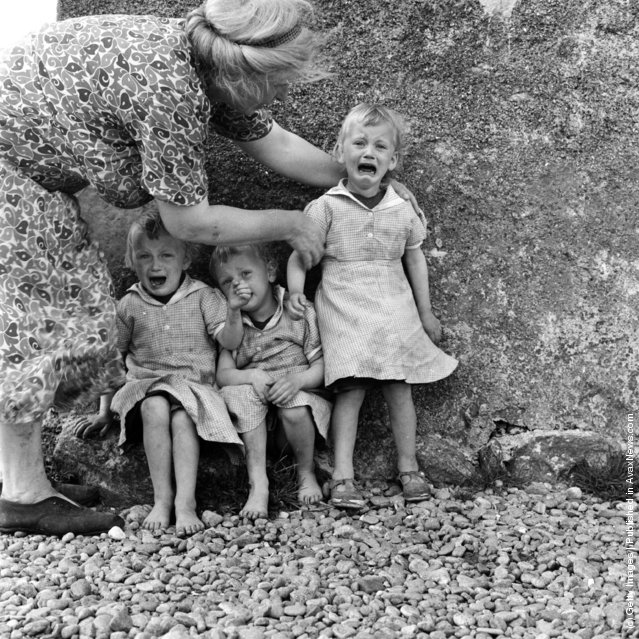 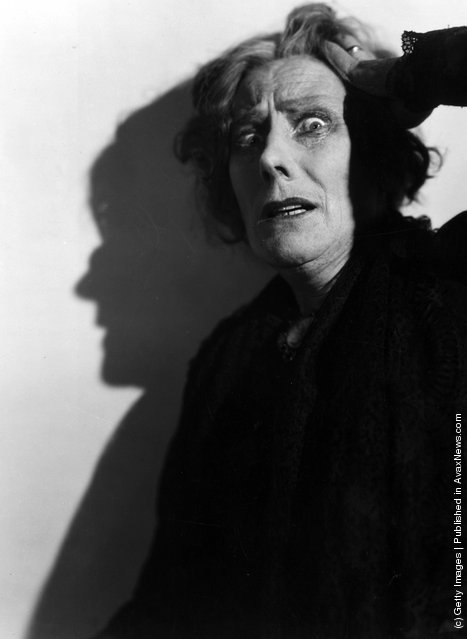 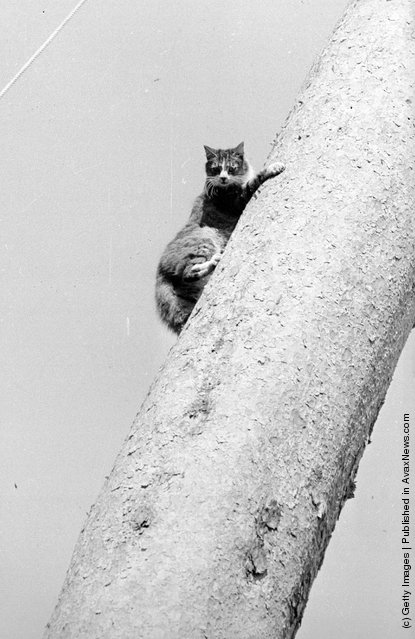 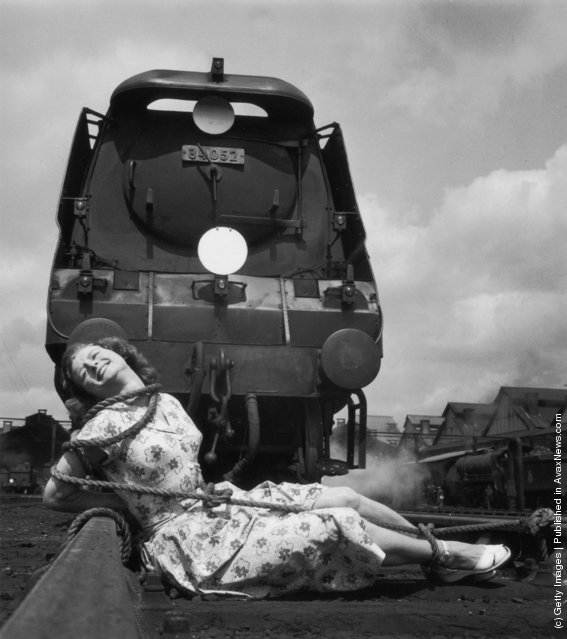 Anita D'Ray lies bound and helpless on the railway tracks in the path of an oncoming train, in the style of vintage melodramas. (Photo by Fred Morley/Fox Photos/Getty Images). 20th June 1950 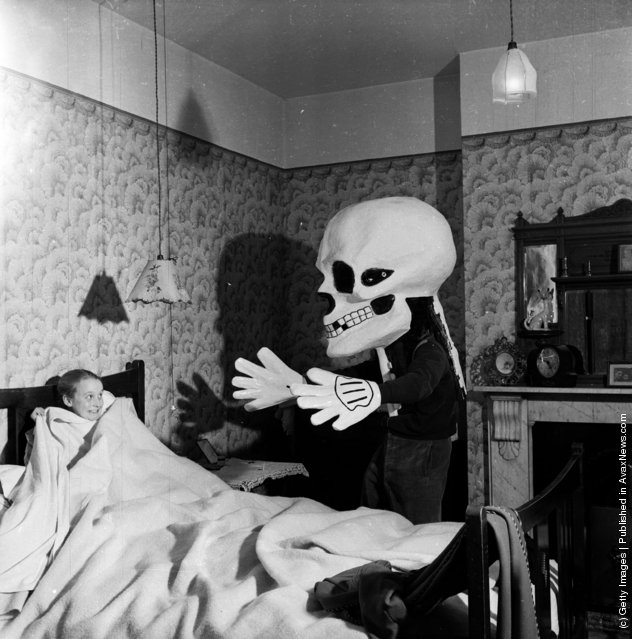 Stilt walker and clown Poodles Sloane appears in Tom Arnold's Harringay circus in London. At home he fails to frighten his sister Phipps with a giant skeleton head. (Photo by Edward Tracey/BIPs/Getty Images). 1955 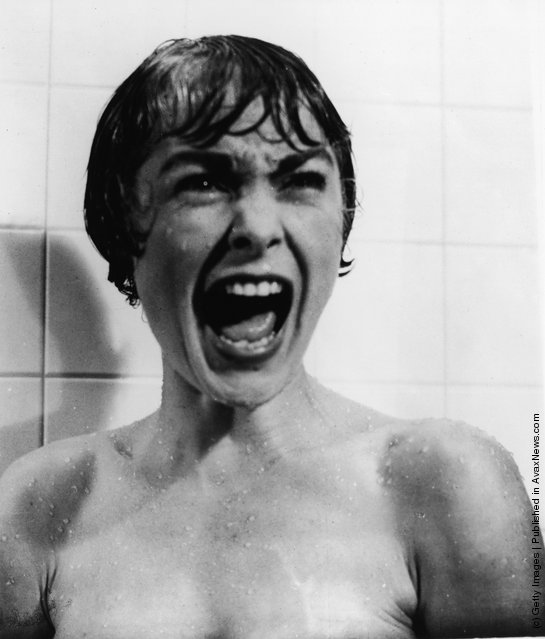 American actor Janet Leigh screams in the shower in the famous scene from the film, “Psycho”, directed by Alfred Hitchcock, 1960. (Photo by Paramount Pictures/Courtesy of Getty Images) 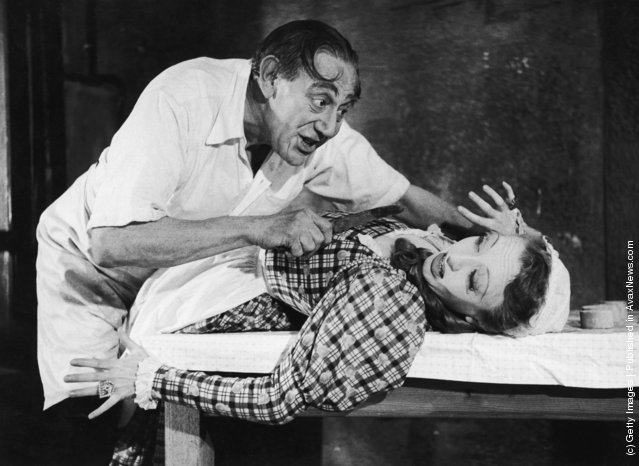 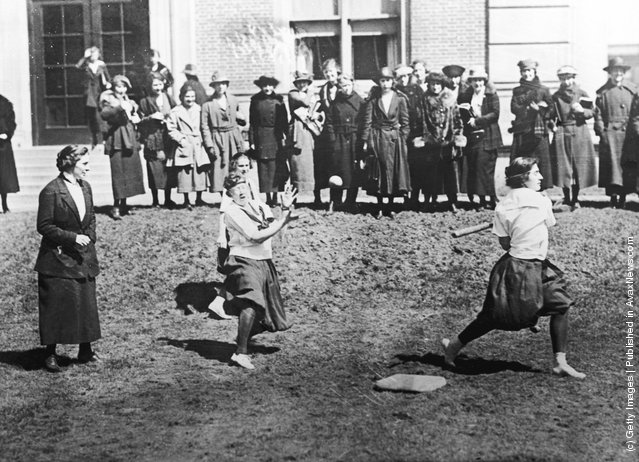 The baseball team of Barnard College, a women's college in New York City, in training on campus, circa 1925. (Photo by General Photographic Agency/Hulton Archive/Getty Images) 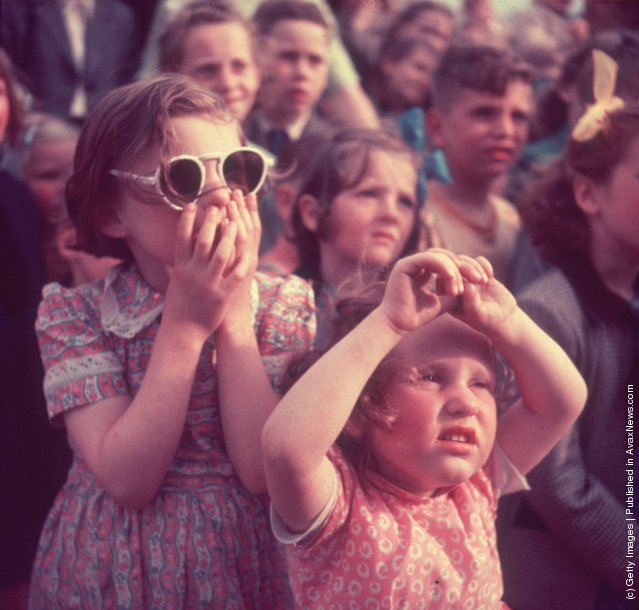 A group of children captivated by the performance they are watching. (Photo by Hulton Archive/Getty Images). Circa 1955 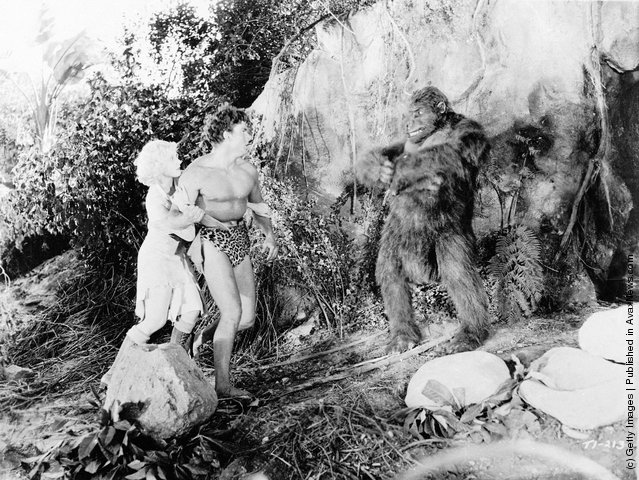 American actor Buster Crabbe (1907–1983) places himself between actress Julie Bishop (1914–2001) and a large, man-sized ape in a scene from the film “Tarzan the Fearless”, directed by Robert F. Hill, California, 1933. (Photo by Warner Bros./Courtesy of Getty Images) 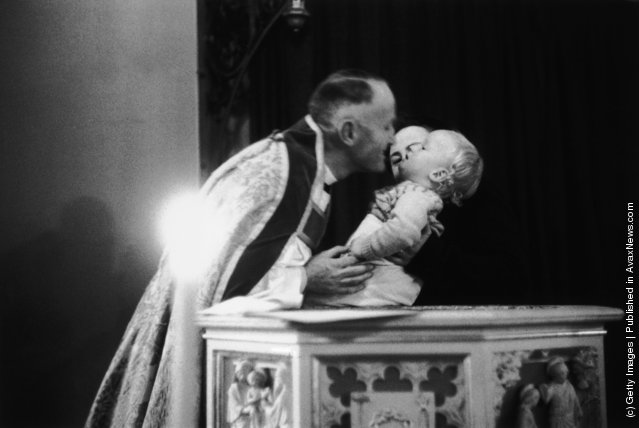 Reverend George Reindorp of St Stephen's Church, London christens a baby in the font, one of his many duties in the parish, 25th December 1954. (Photo by Thurston Hopkins/Picture Post/Hulton Archive/Getty Images)