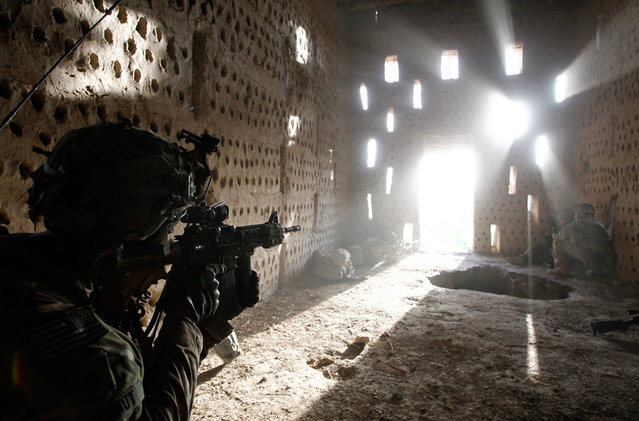 U.S. soldier Nicholas Dickhut from 5-20 infantry Regiment attached to 82nd Airborne points his rifle at a doorway after coming under fire by the Taliban while on patrol in Zharay district in Kandahar province, southern Afghanistan, on April 26, 2012. (Reuters/Baz Ratner) 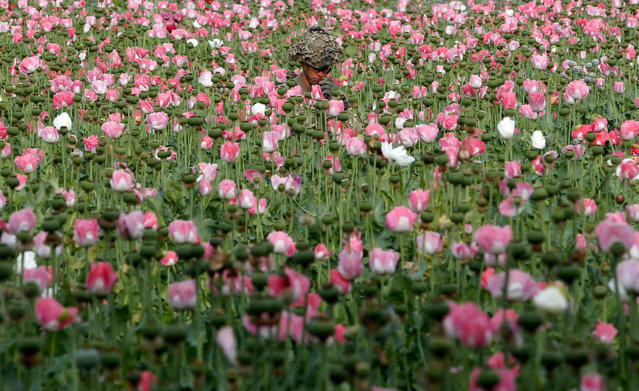 A U.S. Army Officer from 5-20 infantry Regiment attached to 82nd Airborne walks through a poppy field while on patrol in Zharay district in Kandahar province, southern Afghanistan, on April 26, 2012. (Reuters/Baz Ratner) 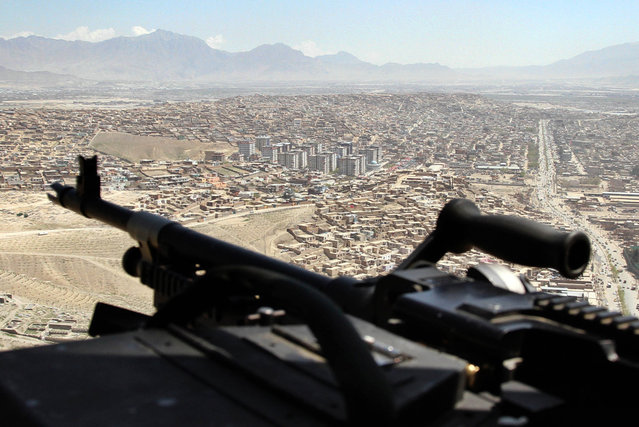 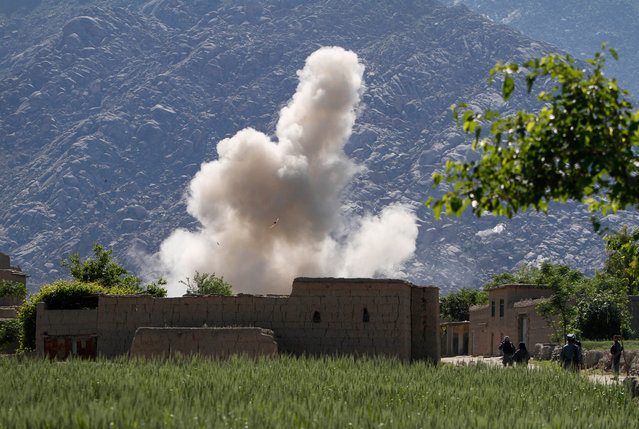 Smoke rises from a bomb explosion as Afghan policemen (right) look on during an opium poppy eradication operation in Alingar, east of Kabul, on April 30, 2012. (AP Photo/Rahmat Gul) 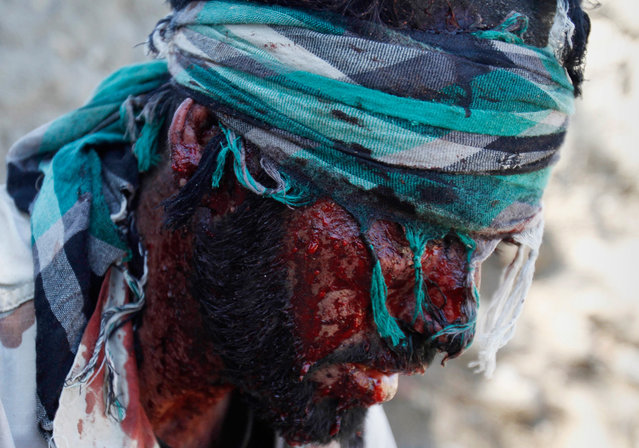 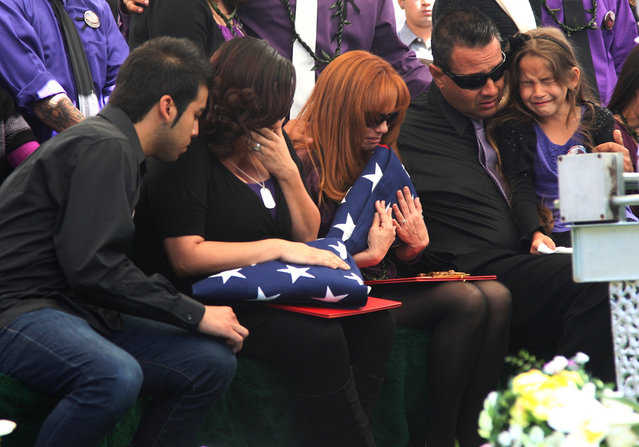 Parents and wife of Cpl. Michael J. Palacio, 23, from Lake Elsinore, California, hold on to flags presented to them during a memorial service and funeral in Orange County, California, on April 10, 2012. Palacio died while participating in combat operations in Helmand province, Afghanistan, on March 29, in support of Operation Enduring Freedom. (USMC/Cpl. Khoa Pelczar) 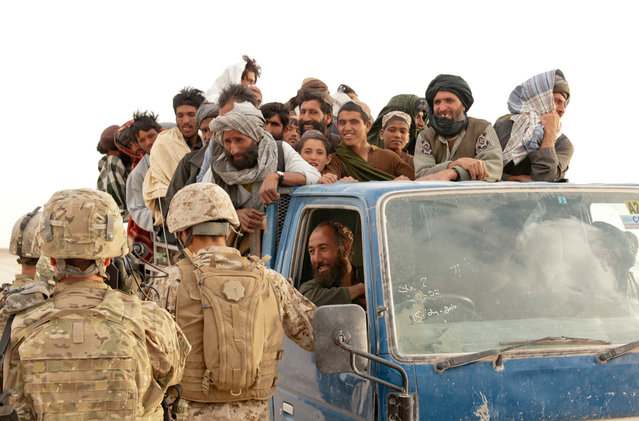 Georgian soldiers and a translator greet Afghans traveling on the major supply route while on patrol in Helmand province, Afghanistan. (US Army/Sgt. 1st Class Jeffrey Duran) 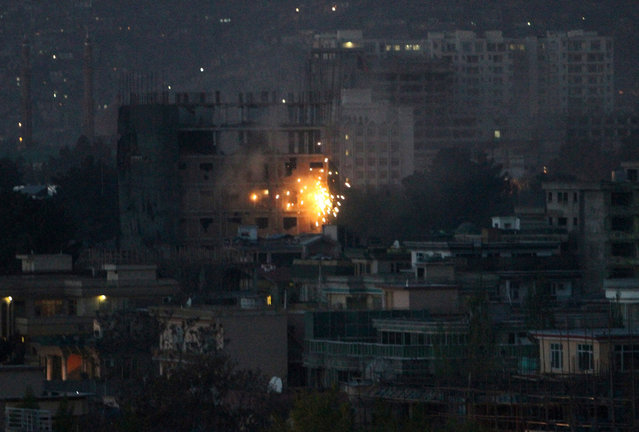 Gunfire and smoke come from the a building occupied by militants during a battle with Afghan-led forces, in Kabul, on April 16, 2012. The Afghan capital awoke to a second day of explosions and heavy gunfire as Afghan-led forces worked to defeat insurgents holed up in the building in the heart of the city and another near parliament. (AP Photo/Musadeq Sadeq) 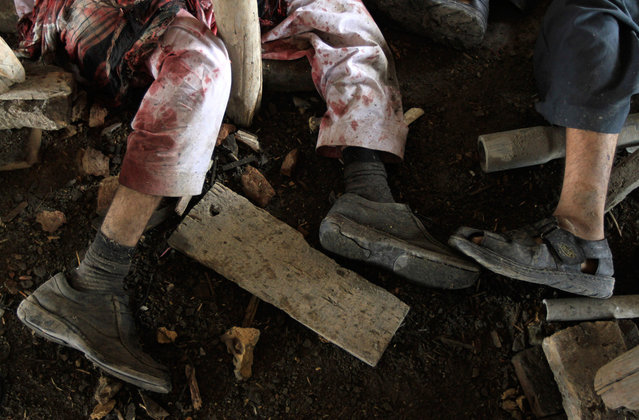 The feet of dead Taliban insurgents, after they were killed inside a building in Kabul, on April 16, 2012. Heavy street fighting between militants and security forces in the center of the Afghan capital Kabul ended after 18 hours of intense gunfire, rocket attacks and explosions, police and government officials said. (Reuters/Mohammad Ismail) 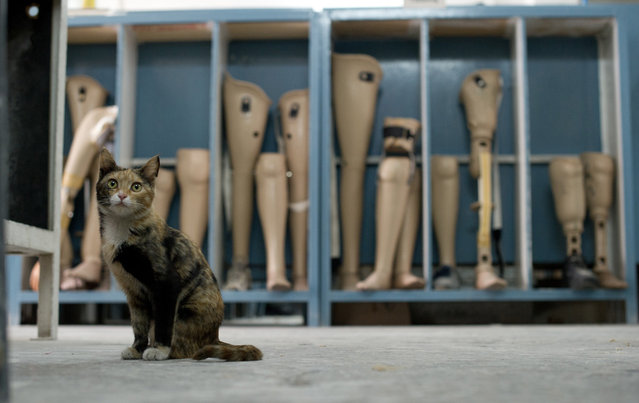 A three-legged cat looks on in front of prosthetic limbs at one of the International Committee of the Red Cross (ICRC) hospitals for war victims and the disabled in Kabul, on April 14, 2012. (Johannes Eisele/AFP/) 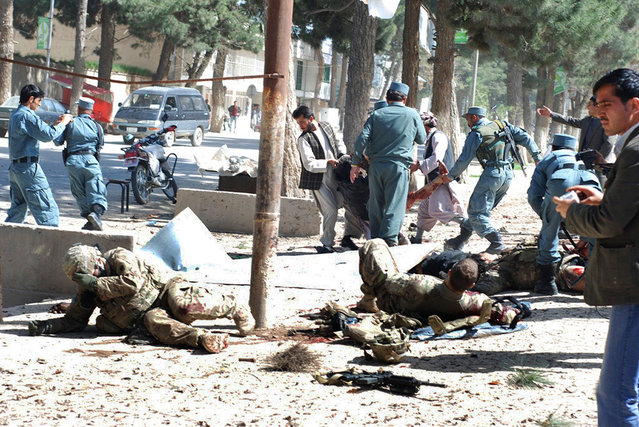 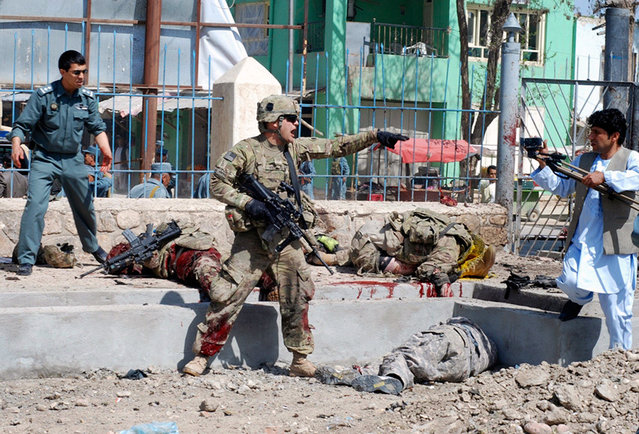 Wounded U.S. soldiers lie on the ground at the scene of a suicide attack in Maimanah, the capital of Faryab province north of Kabul, on April 4, 2012. A suicide bomber blew himself up, killing at least 10 people, including three NATO service members, officials said. (AP Photo/Gul Buddin Elham) 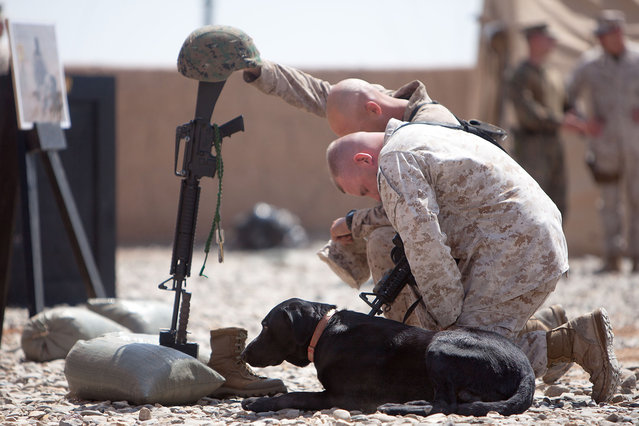 Yeager, an IED detection dog, lies in front of a battlefield cross as Staff Sgt. Derick Clark, and Chief Warrant Officer 2 Michael Dale Reeves observe a moment of silence in honor of Lance Cpl. Abraham Tarwoe, a dog handler and mortarman who served with Weapons Company, 2nd Bn., 9th Marines, during a memorial service on April 22, 2012. Tarwoe, who became Yeager's handler in July 2011, was killed in action during a dismounted patrol in support of combat operations in Helmand province's Marjah district on April 12. (USMC/Cpl. Alfred V. Lopez) 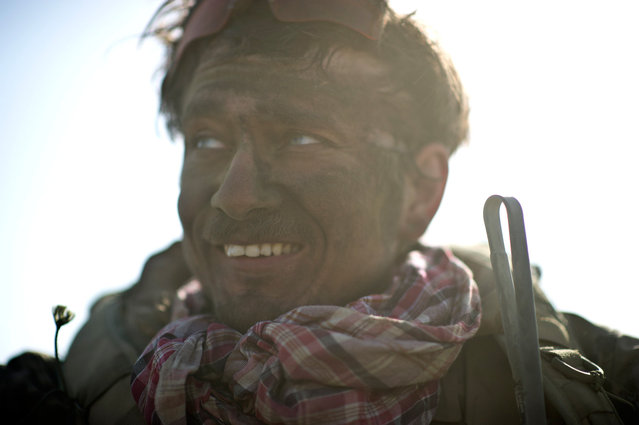 A German soldier with mud on his face smiles on April 15, 2012 in Kunduz, after spending the day on a tank. (AP Photo/Axel Schmidt) 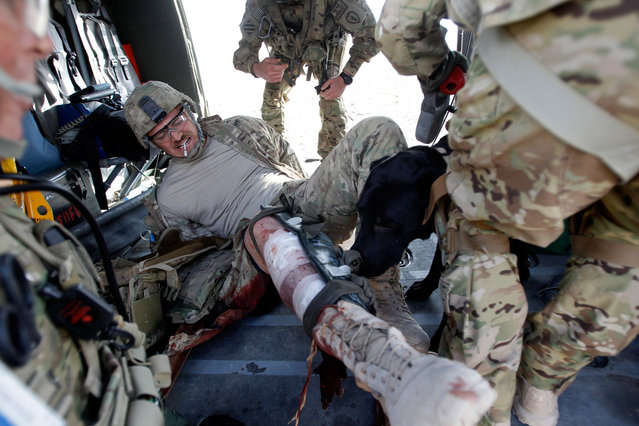 Injured U.S. Army dog handler Aaron Yoder and his dog Bart, attached to Alpha troop 4-73 Cavalry Regiment, 4th brigade 82nd Airborne division, are evacuated in a helicopter during a fire exchange with Taliban fighters while on a mission in the Maiwand district in Kandahar province, on April 9, 2012. (Reuters/Baz Ratner) 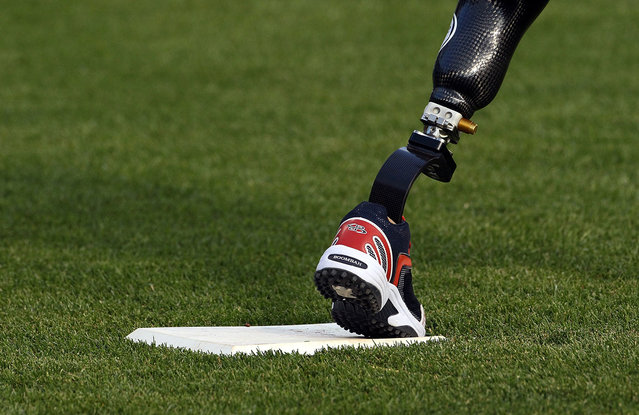 Matt Kinsey, who served in the U.S. Army in Afghanistan, readies himself to run to second base during the Wounded Warrior Amputee Celebrity Softball Classic at Nationals Park in Washington, DC, on April 3, 2012. With a team comprised of veterans and active duty service members from across the United States who lost limbs while serving in Iraq or Afghanistan, members of the Washington Nationals Wounded Warrior softball team travel the country competing against able-bodied opponents. (Win McNamee)
Edit Del
06 May 2012 12:10:00, post received 0 comments
Publication archive:
←   →
Popular tags:
All tags
Last searches: