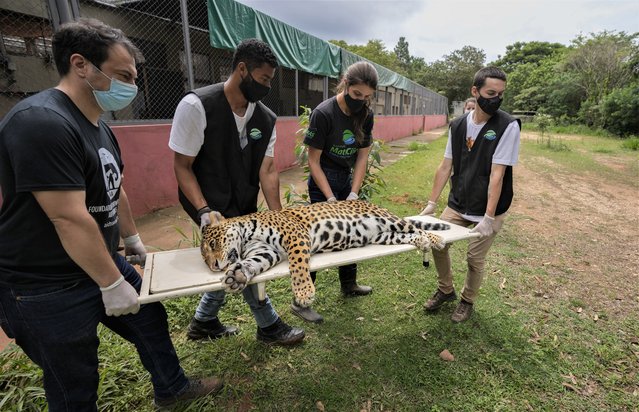 A sedated jaguar is carried to an operating room to undergo an artificial insemination procedure at the Mata Ciliar Association conservation center, in Jundiai, Brazil, Thursday, October 28, 2021. According to the environmental organization, the fertility program intends to develop a reproduction system to be tested on captive jaguars and later bring it to wild felines whose habitats are increasingly under threat from fires and deforestation. (Photo by Andre Penner/AP Photo) 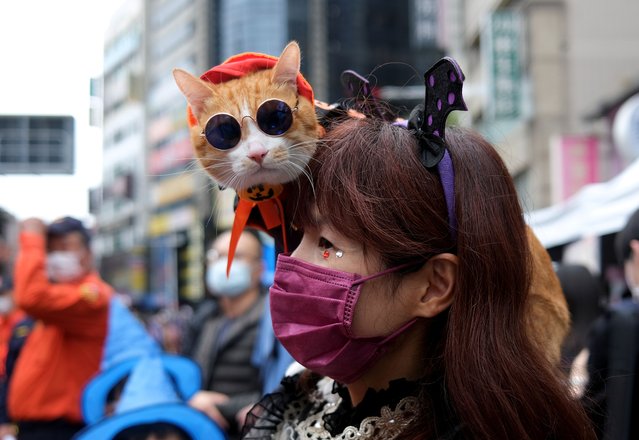 A person with a cat takes part in a Halloween parade in New Taipei, Taiwan, October 30, 2021. (Photo by Fabian Hamacher/Reuters) 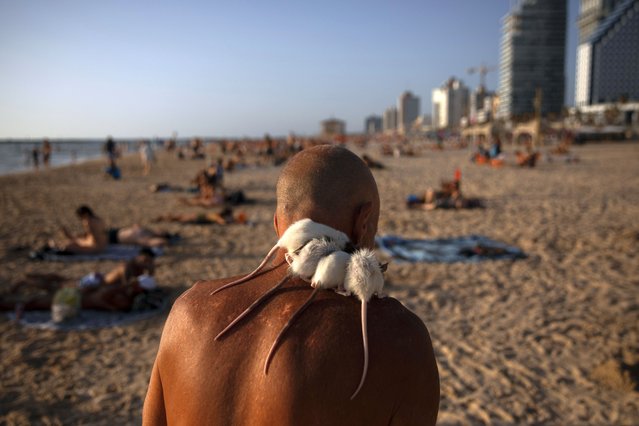 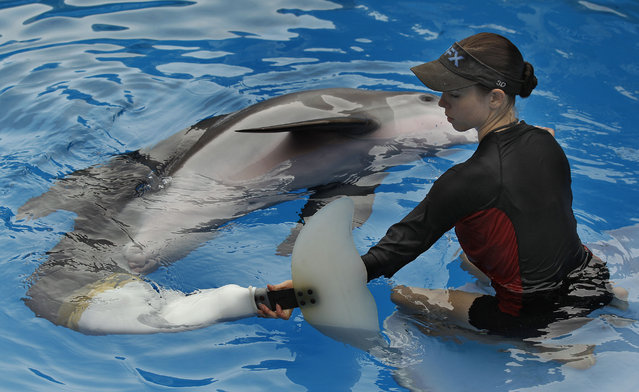 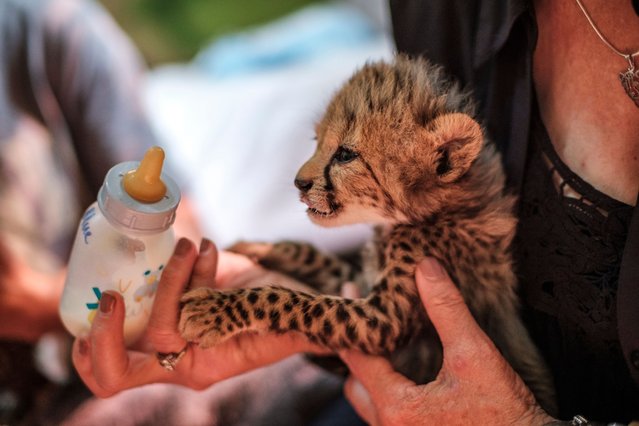 Laurie Marker (not seen), founder and executive director of the Cheetah Conservation Fund, feeds a baby cheetah with a milk bottle in one of the facilities of the organisation in the city of Hargeisa, Somaliland, on September 17, 2021. Every year an estimated 300 cheetah cubs are trafficked through Somaliland to wealthy buyers in the Middle East seeking exotic pets Snatched from their mothers, shipped out of Africa to war-torn Yemen and onward to the Gulf, a cub that survives the ordeal can fetch up to $15,000 on the blackmarket It is a busy trade, one less familiar than criminal markets for elephant ivory or rhino horn, but no less devastating for Africa's most endangered big cat. (Photo by Eduardo Soteras/AFP Photo) 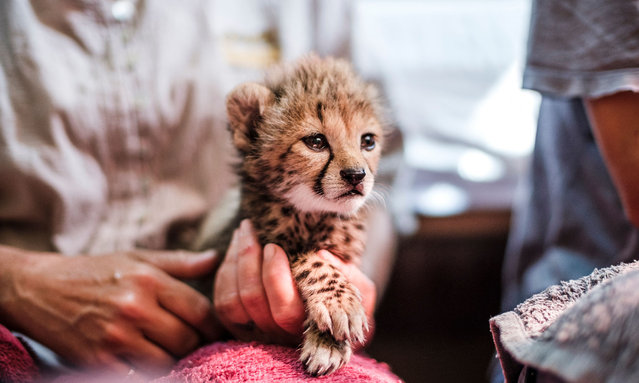 A member of the Cheetah Conservation Fund holds a baby cheetah in one of the facilities of the organisation in the city of Hargeisa, Somalilandd, on September 17, 2021. (Photo by Eduardo Soteras/AFP Photo) 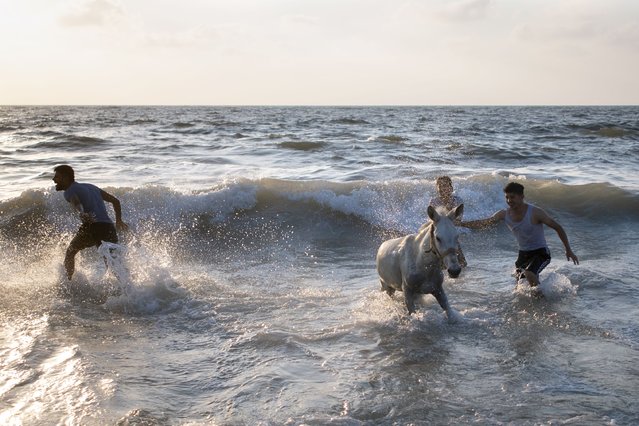 Palestinians enjoy their time while giving a bath to donkey on the beach of Gaza City, Friday, July 16, 2021. (Photo by Khalil Hamra/AP Photo) 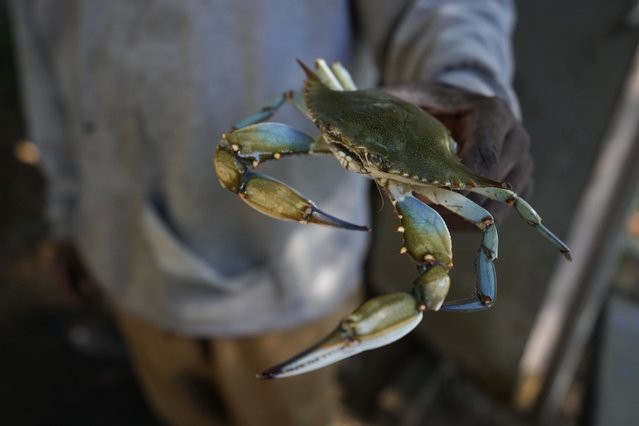 Thomas Mitchell, a crabber who owns Cedar Grove Seafood, shows off a blue crab from that morning's catch, at his business on St. Helena Island, Sunday, October 31, 2021. Mitchell and other local residents who make their living catching oysters and crab say that rising ocean temperatures have dramatically reduced the amount they can catch, while increasing the difficulty and danger of their work. (Photo by Rebecca Blackwell/AP Photo) 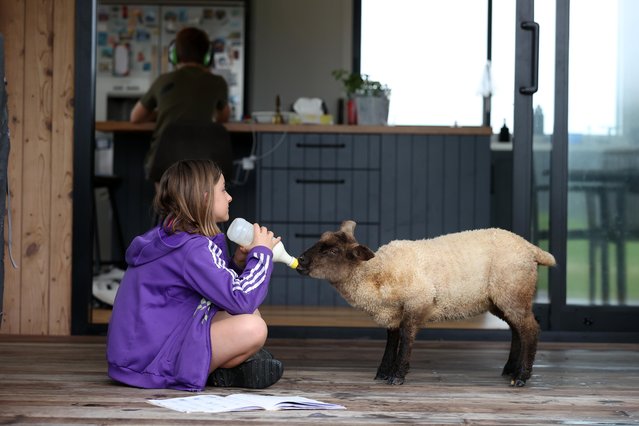 Jessica Matthews, 10 takes a break from online learning to play with her pet lamb at home in Warkworth on October 26, 2021 in Auckland, New Zealand. Both Angela Matthews, a vet and husband Charlie Matthews, an RNZAF squadron leader, are essential workers so juggle the online learning commitments of their three children. Schools across Auckland remain closed for Years 1 through 10 as COVID-19 restrictions remain at Alert Level 3 settings, with students continuing with online learning. While students in Year 11 and above were able to return to the classroom from today, schools will likely remain closed for the remainder of students until the Auckland region reaches a 90 per cent vaccination rate across all District Health Boards. Once the 90 per cent vaccination target is reached, the New Zealand government's new COVID-19 Protection frameworks “traffic light system” will come into effect following a review on 29 November. Most Auckland schools break for Christmas and summer holidays around 14 December. (Photo by Fiona Goodall/Getty Images) 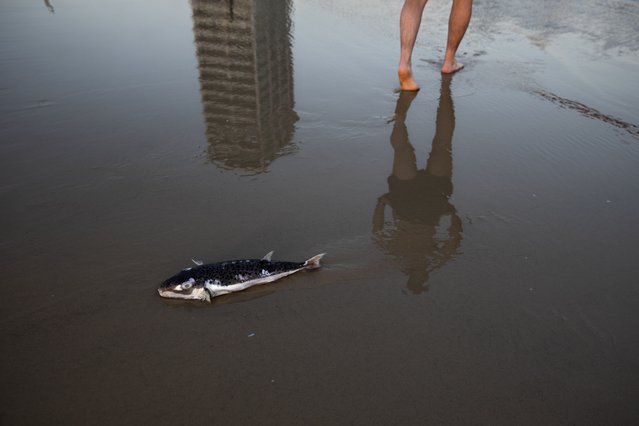 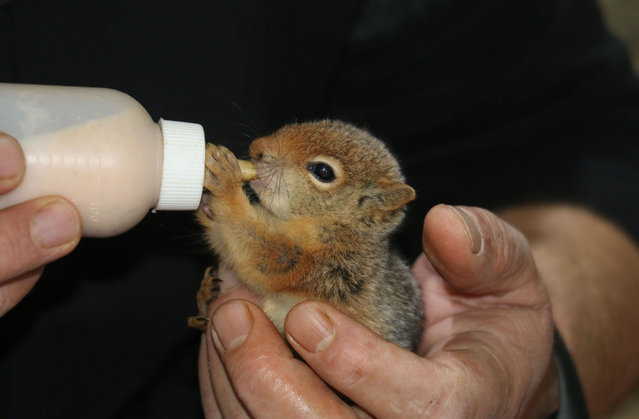 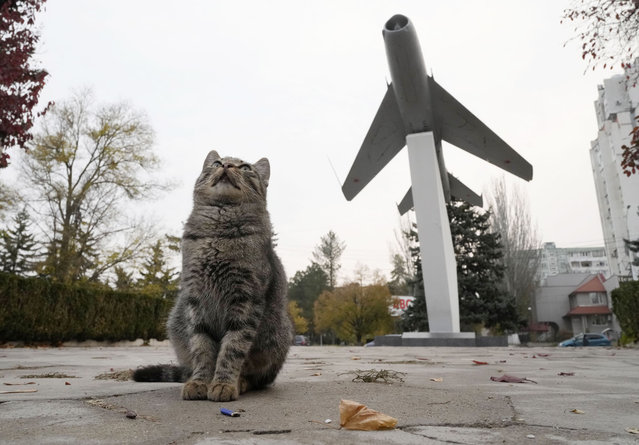 A cat sits near a Soviet era MIG-19 military jet installed as a monument in Tiraspol, the capital of the breakaway region of Transnistria, a disputed territory unrecognized by the international community, in Moldova, Monday, November 1, 2021. (Photo by Dmitri Lovetsky/AP Photo) 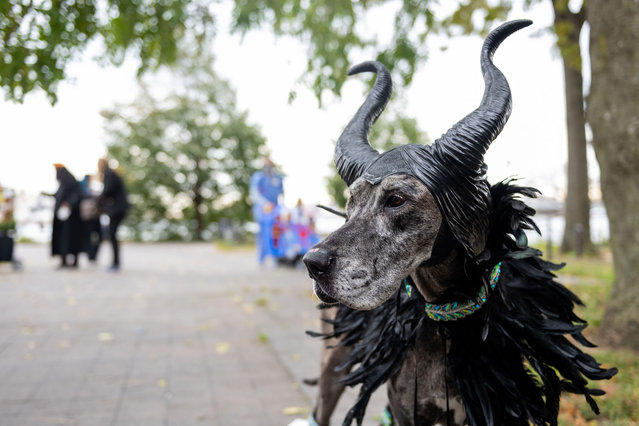 Shadow, the Great Dane is dressed in a “Maleficent” costume as they participate in the Annual Tompkins Square Halloween Dog Parade on October 23, 2021 in New York City. Last year the parade was cancelled due to the coronavirus pandemic. (Photo by Alexi Rosenfeld/Getty Images) 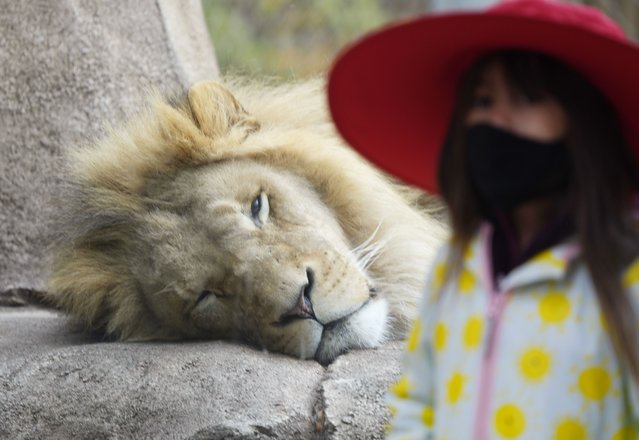 A 6-year-old African lion named Bahati, back, casts a glance while resting near the window of an enclosure at 6-year-old Sophia Wilmsen as she passes by Tuesday, November 2, 2021, at the Denver Zoo in east Denver. (Photo by David Zalubowski/AP Photo) 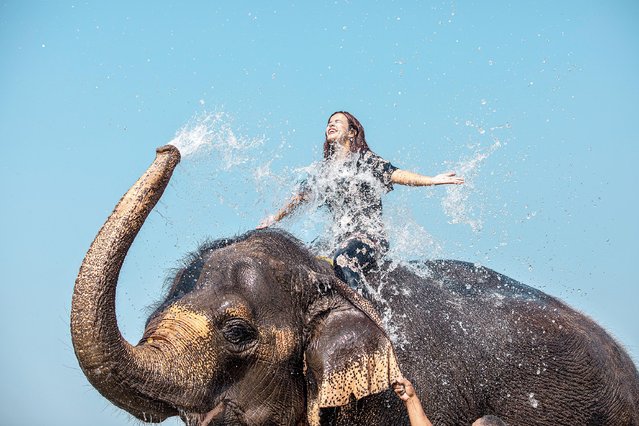