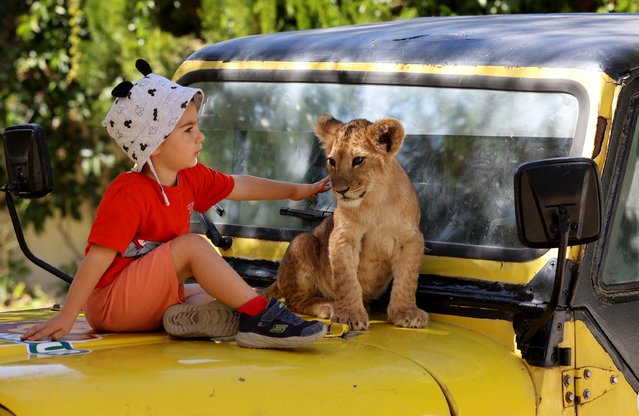 A boy plays with a 2-4 months old lion cub lying on a car hood at the “Lion Parkour” in the Golbasi district of Ankara on September 8, 2021. Lion Parkour, which is open to public visits features three adult and nince lion cubs. (Photo by Adem Altan/AFP Photo) 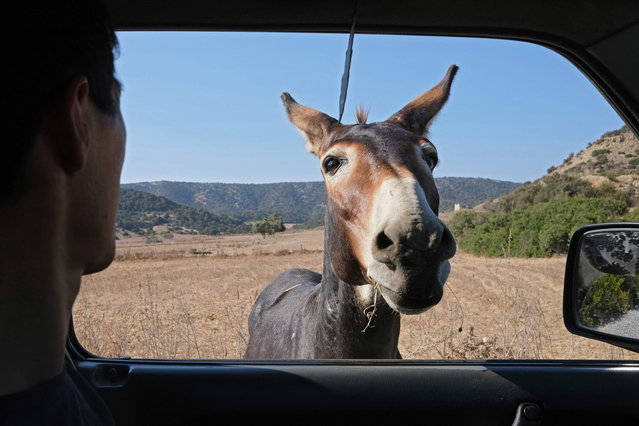 A donkey approaches a passenger in a vehicle along a road in the northern part of Cyprus' northern Karpas peninsula on September 1, 2021. (Photo by Amir Makar/AFP Photo) 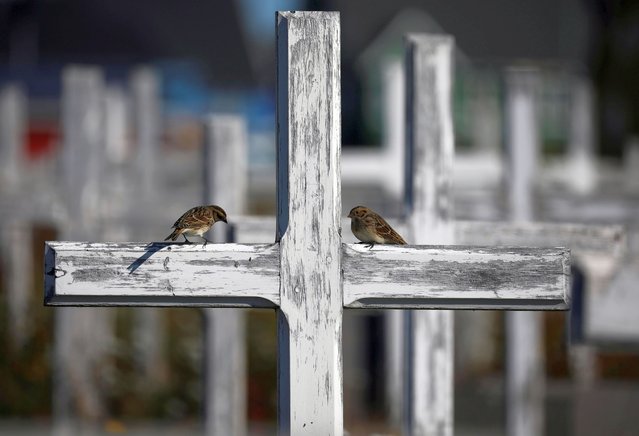 Sparrows sit at a wooden cross at a graveyard in Nuuk, Greenland, September 5, 2021. (Photo by Hannibal Hanschke/Reuters) 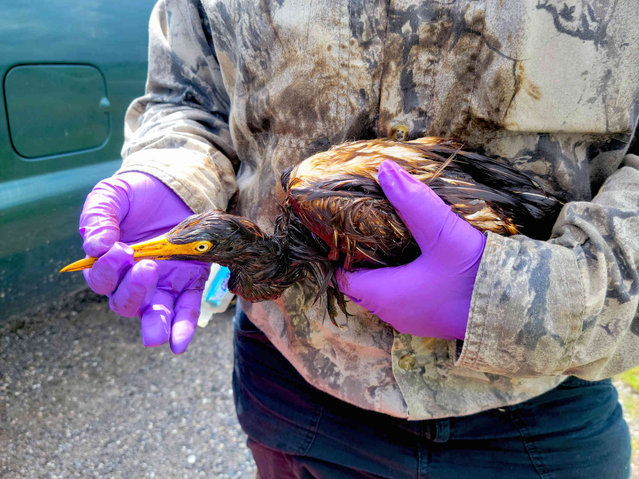 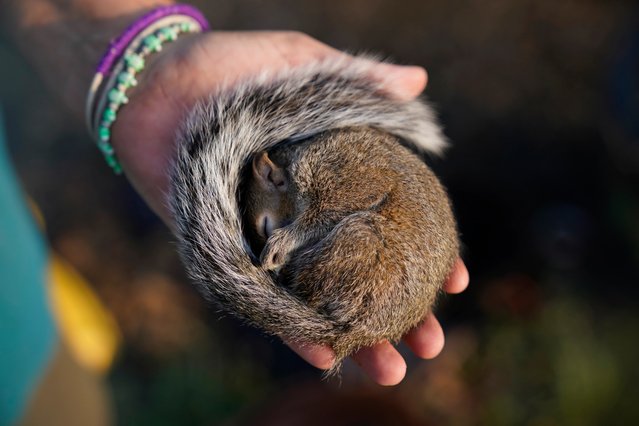 Penny Verdin displays a sleeping squirrel she helped rescue after it was injured during Hurricane Ida, Saturday, September 4, 2021, in Dulac, La. (Photo by John Locher/AP Photo) 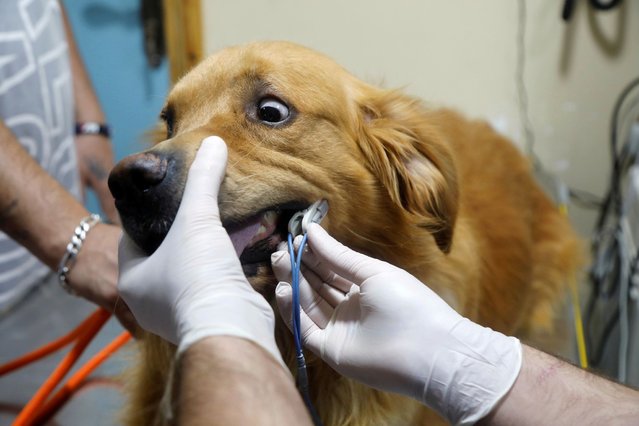 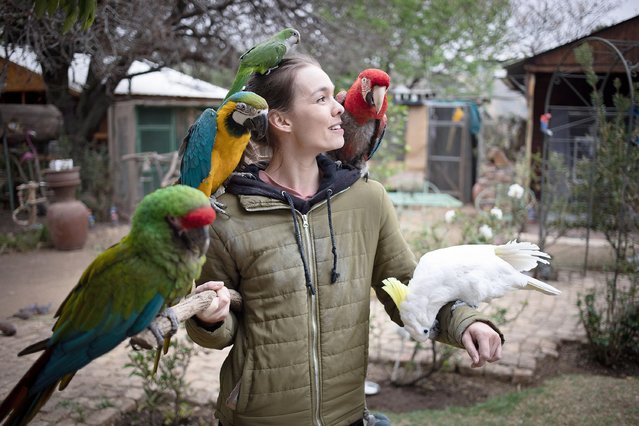 Volunteer Anre Bouguenon cares for some of the 300 parrots at the Brainy Birds Parrot rescue and rehabilitation center in Johannesburg, South Africa, 08 September 2021. The Non-profit animal welfare organization provides a safe, loving environment for the recovery, conservation, and life-long care of over 300 companion Parrots. Parrots who arrive at the center are often neglected by their owner or abused and need serious rehabilitation to get them closer to a natural state. (Photo by Kim Ludbrook/EPA/EFE) 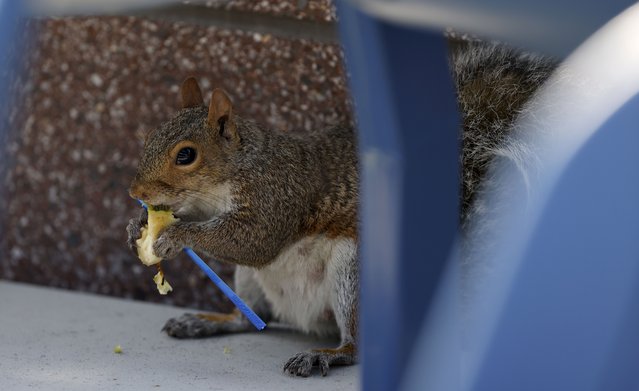 A squirrel eats discarded concession food as Yuichi Sugita of Japan plays Casper Ruud of Norway during their match on the first day of the US Open Tennis Championships the USTA National Tennis Center in Flushing Meadows, New York, USA, 30 August 2021. The US Open runs from 30 August through 12 September. (Photo by Jason Szenes/EPA/EFE) 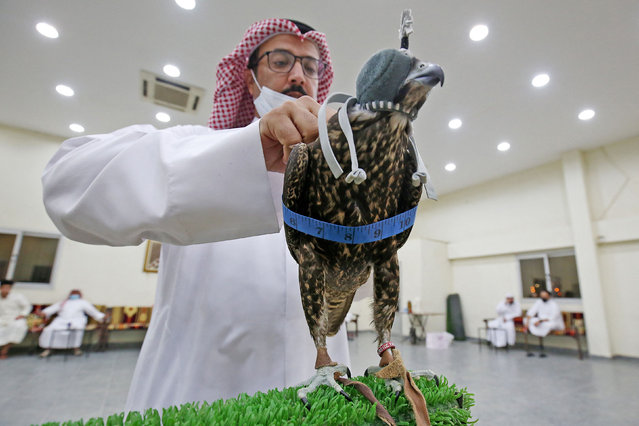 A Kuwaiti inspects a falcon during an auction, held for the first time since the COVID-19 outbreak, in Kuwait City on September 14, 2021. (Photo by Yasser Al-Zayyat/AFP Photo) 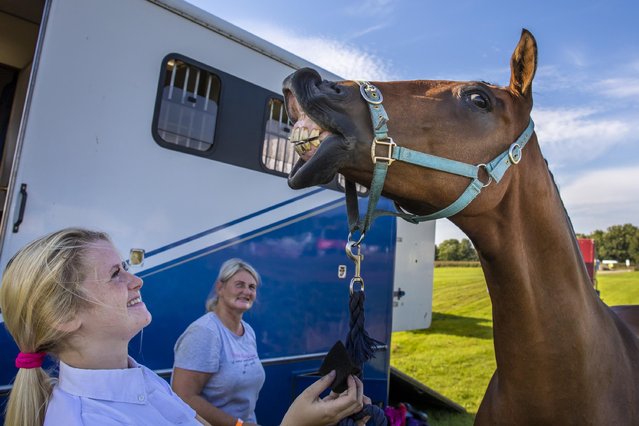 Joseph the part-Hanoverian horse smiles while having his make-up applied by Sophie Wilson before the Westmorland County Show in Cumbria, United Kingdom on September 8, 2021. (Photo by James Glossop/The Times) 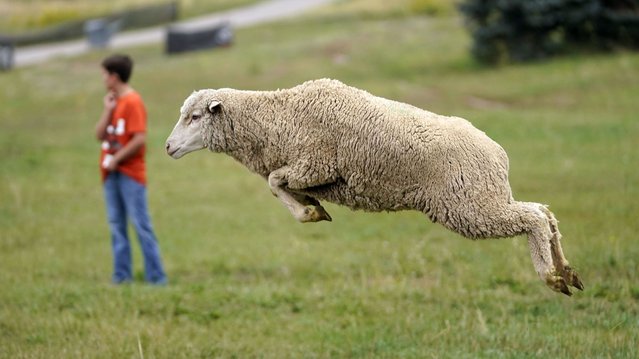 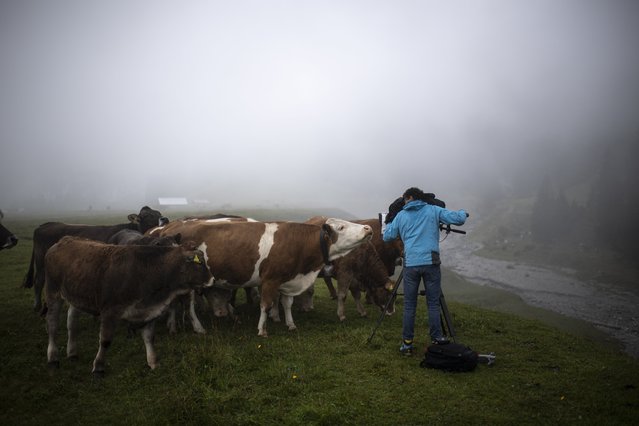 A media representative is filming Kuehe, recorded on Thursday, September 16, 2021, on Alp Bargis near Trin. An app as part of the “graubuendenHike” project is intended to show mountaineers near suckler cows and herd guard dogs. In the past there had been repeated unwanted encounters. (Photo by Gian Ehrenzeller/Keystone) 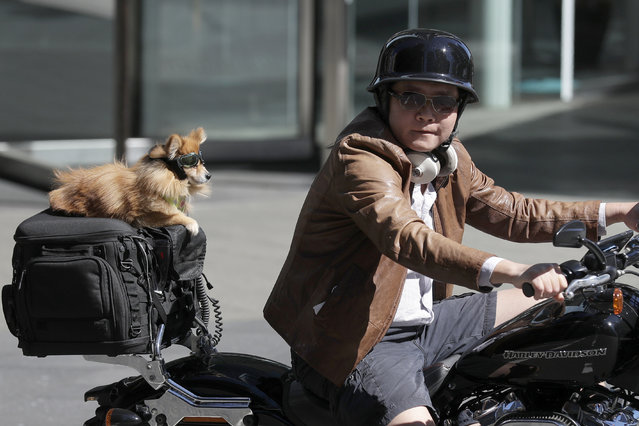 A motorcyclist carries a goggle-wearing dog as a passenger while driving in Sydney, Tuesday, September 7, 2021. (Photo by Rick Rycroft/AP Photo) 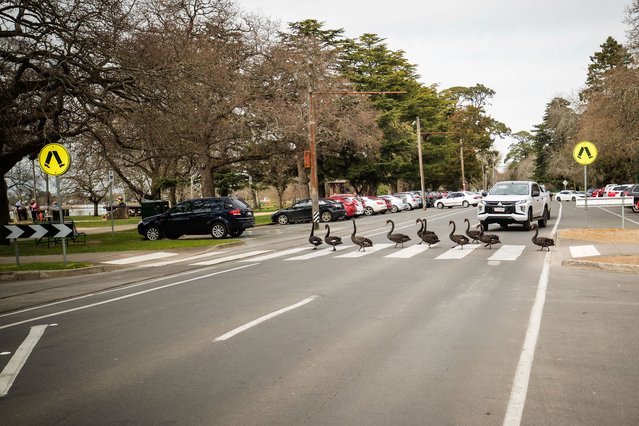 A car stops for a group of swans to cross the road at lake Wendouree on September 10, 2021 in Ballarat, Australia. (Photo by Darrian Traynor/Getty Images) 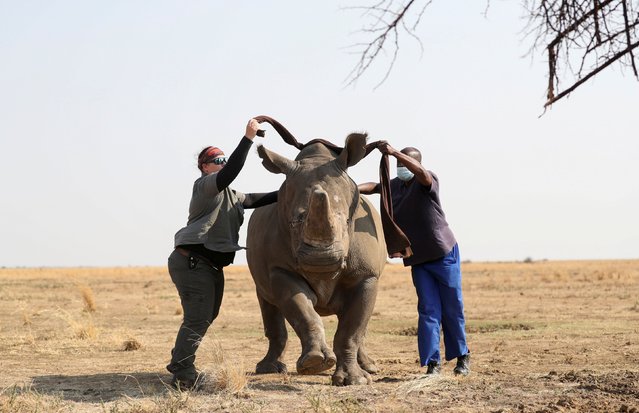