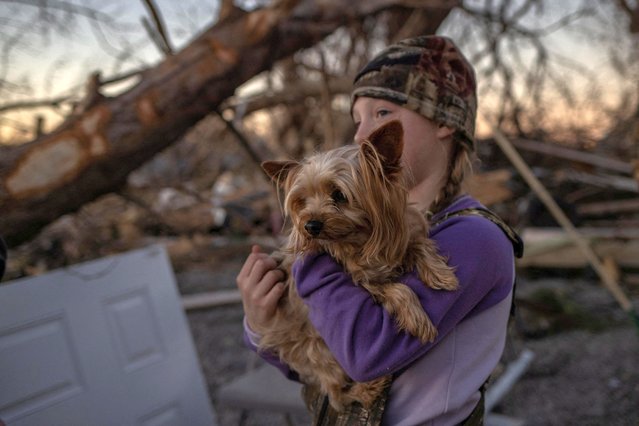 Braelyn Todd, 8, holds her dog Abner, a Yorkshire Terrier, as her parents help a family member clear debris from their destroyed home in the aftermath of a tornado in Mayfield, Kentucky, U.S. December 12, 2021. (Photo by Adrees Latif/Reuters) 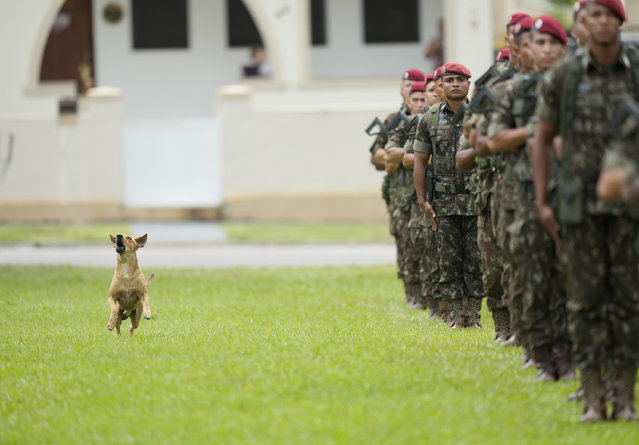 A dog barks at a drone flying overhead during a graduation ceremony of the 76th Anniversary of the Parachute Infantry Brigade, at a military base in Rio de Janeiro, Brazil, Friday, November 26, 2021. (Photo by Silvia Izquierdo/AP Photo) 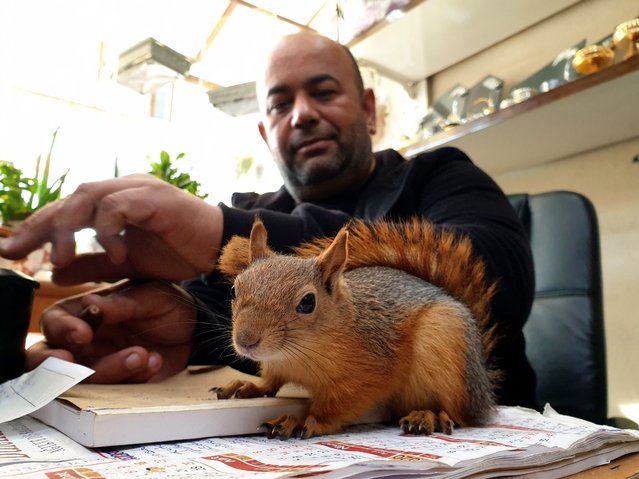 A baby squirrel found in the hollow of a felled tree in Kadirli district of Osmaniye and owned by Sinan Bicer, a florist in the district is seen in Osmaniye, Turkey on December 09, 2021. The squirrel has become the mascot of Bicer family and the local crafts. (Photo by Menderes Ozat/Anadolu Agency via Getty Images) 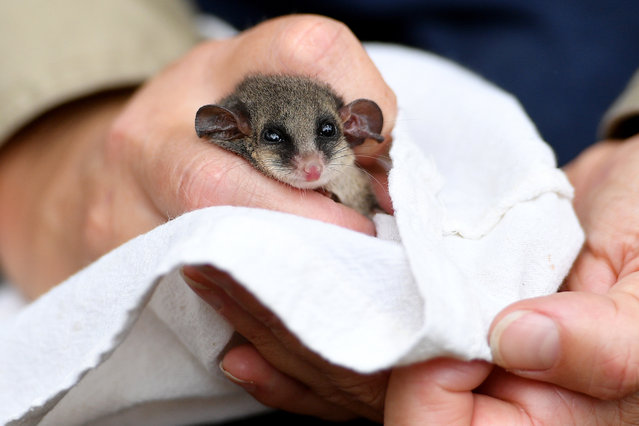 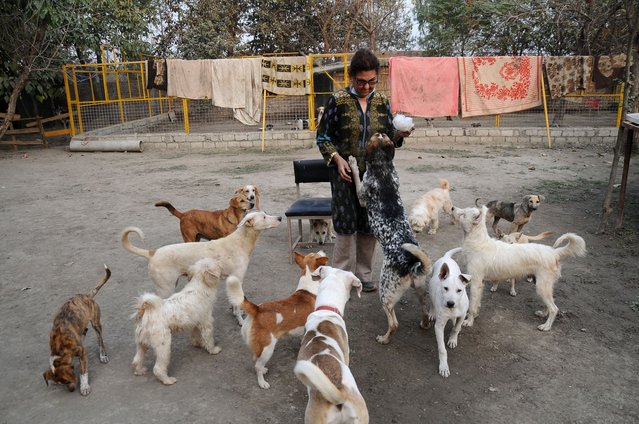 Zeba Masood, an animal rights activist stands in an enclosure with dogs after they were rescued from streets at the Lucky Animal Protection Shelter (LAPS), a nonprofit organisation providing temporary shelter to astray and abandoned dogs in Peshawar, Pakistan October 9, 2019. (Photo by Fayaz Aziz/Reuters) 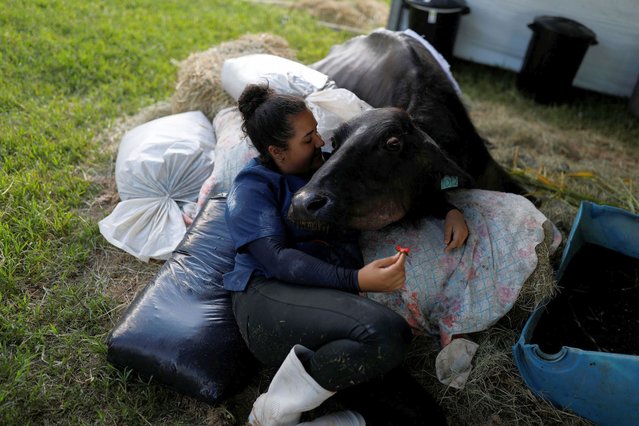 Volunteer Juliana Fraga lies down with a female malnourished buffalo in treatment at a farm where Environmental Police found hundreds of mistreated buffaloes in Brotas, Sao Paulo state, Brazil on December 1, 2021. (Photo by Amanda Perobelli/Reuters) 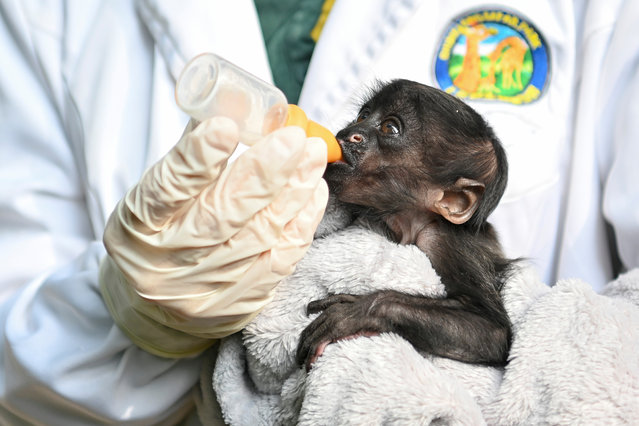 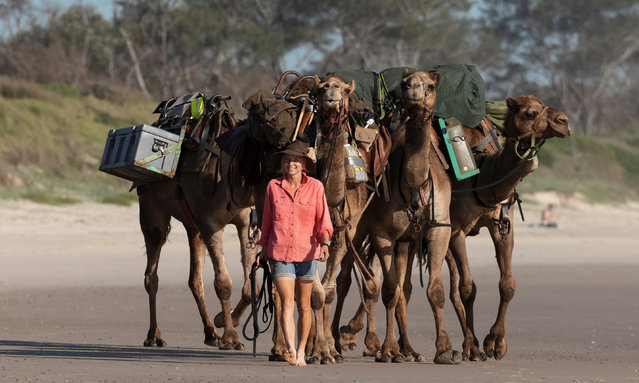 Sophie Matterson and her camels takes their first steps onto the beach at Byron Bay on December 10, 2021 in Byron Bay, Australia. 33-year-old Sophie Matterson today completed a 5,000km journey – walking with five camels coast to coast from Australia's western-most point in Shark Bay, Western Australia, to its eastern-most point in Byron Bay, New South Wales. Sophie left her life in Brisbane working in film and television to embark on the trek in March 2020. Shortly after setting off on her journey, state border closures and travel restrictions due to COVID-19 meant Sophie crossed the heart of Australia in almost total isolation. (Photo by Brook Mitchell/Getty Images) 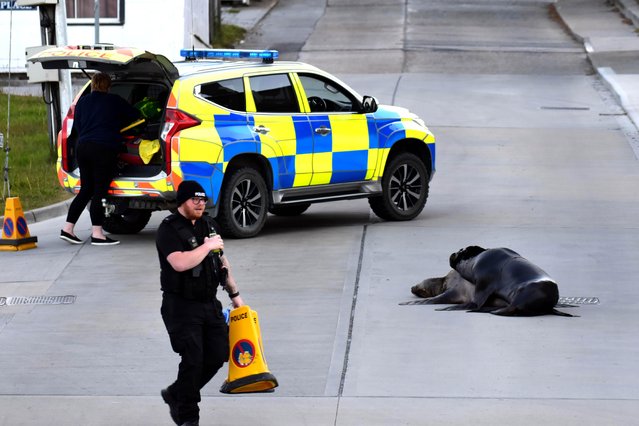 Police in Stanley, the Falklands capital, had to temporarily close a road after a pair of sea lions picked an awkward spot to get frisky on Sunday, December 5, 2021. (Photo by Genti Cena Photography/Triangle) 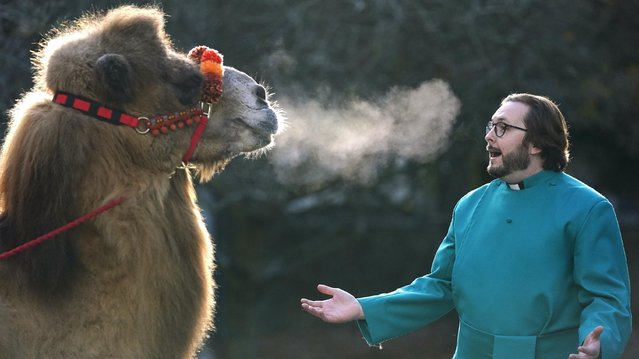 The Reverend Pete Atkinson meets Timujin, one of three Bactrian camels taking part in a rehearsal for the Christmas Eve Service for families at Salisbury Cathedral on Thursday, December 9, 2021. (Photo by Andrew Matthews/PA Images via Getty Images) 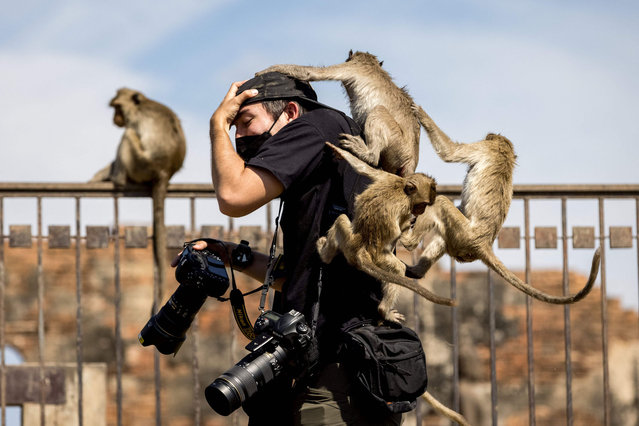 Macaque monkeys climb onto a news photographer at the Phra Prang Sam Yod temple during the annual Monkey Buffet Festival in Lopburi province, north of Bangkok on November 28, 2021. (Photo by Jack Taylor/AFP Photo) 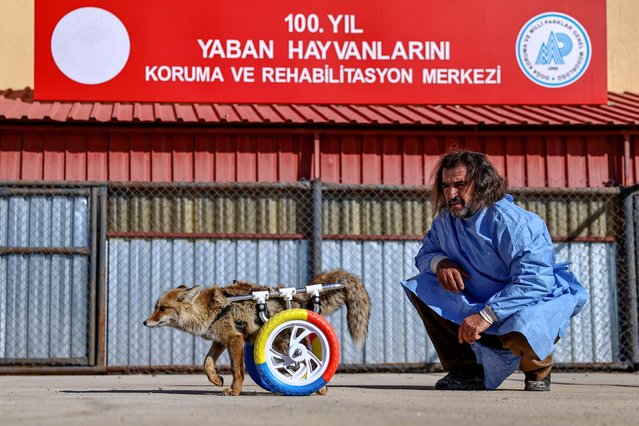 A fox, whose hind legs were paralyzed as a result of a traffic accident, held on to life with a walker developed by Van Yuzuncu Yil University (YYU) Wild Animal Protection Rehabilitation Center, in Van, Turkey on December 11, 2021. The fox, which is equipped with a wheeled walker for his back legs, is taken out at certain times for a walk. (Photo by Ozkan Bilgin/Anadolu Agency via Getty Images) 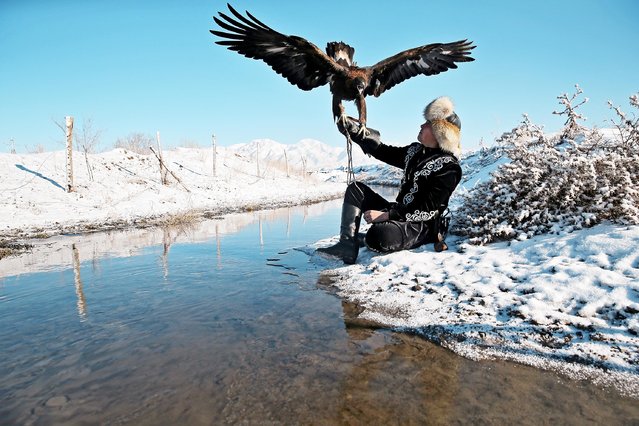 A hunter holds his tamed golden eagle during a traditional hunting contest near the village of Syrymbet in Almaty region, Kazakhstan, November 27, 2021. (Photo by Pavel Mikheyev/Reuters) 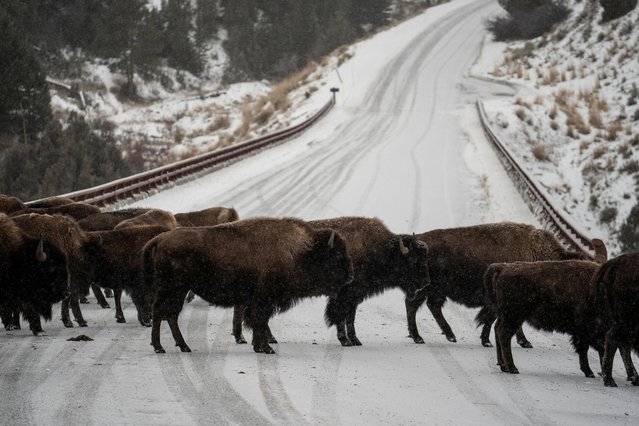 A herd of bisons cross a road in the snow near Mammoth, Yellowstone National Park, Wyoming, U.S., December 14, 2021. (Photo by Go Nakamura/Reuters) 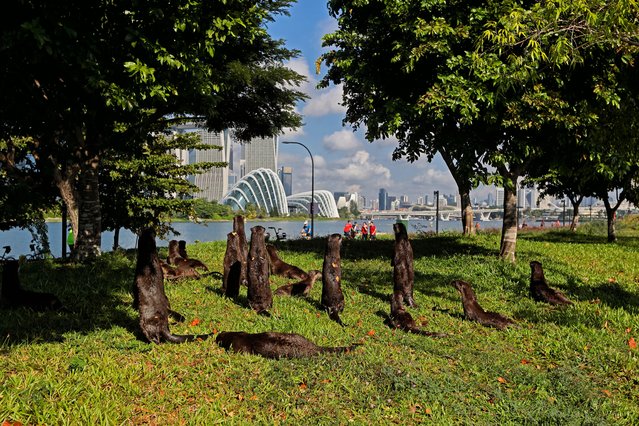 A bevy of smooth coated otters lookout to the city skyline at the Gardens by the Bay on August 8, 2021 in Singapore. Wild otters are making a comeback to the urban city state with the increasing numbers of the sea animals sparking concerns about overpopulation. (Photo by Suhaimi Abdullah/NurPhoto via Getty Images)
Edit Del
19 Dec 2021 06:54:00, post received 0 comments
Publication archive:
←   →
Popular tags:
All tags
Last searches: