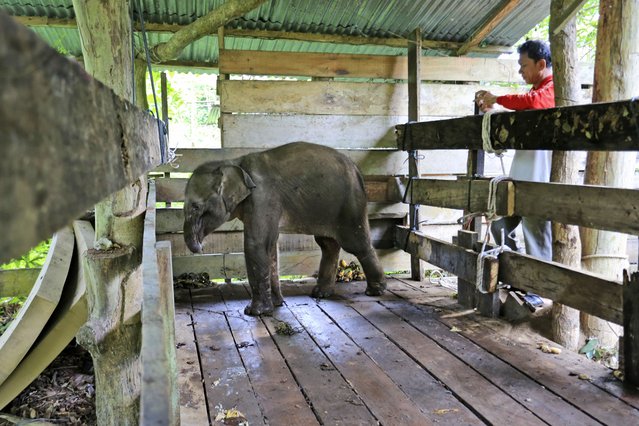 A Sumatran elephant calf that lost half of its trunk, is treated at an elephant conservation center in Saree, Aceh Besar, Indonesia, Monday, November 15, 2021. The baby elephant in Indonesia's Sumatra island has had half of her trunk almost severed off after being caught in what authorities alleged Monday was a trap set by poachers who prey on the endangered species. The trunk had to be amputated to save the elephant’s life. (Photo by Munandar/AP Photo) 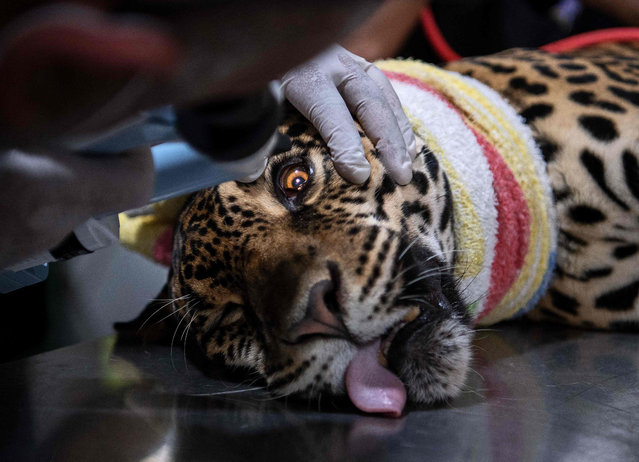 Potira, a female jaguar, has an eye infection examined as she lies on an operating table after being tranquillised at the Mata Ciliar Association Conservation Center in Jundiai, Brazil, on November 15, 2021. Mata Ciliar works with jaguars and other cats rescued from areas that have suffered habitat loss from deforestation and fires in the Amazon rainforest, Cerrado savanna and Pantanal wetlands. They have developed a groundbreaking insemination program, inseminating in 2019 an 8 year old jaguar called Bianca, who gave birth to the firs cub ever born by artificial insemination. (Photo by Carl de Souza/AFP Photo) 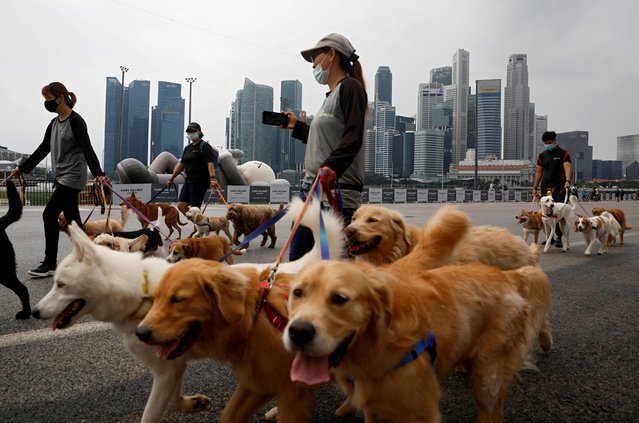 A boy rows a boat as seagulls fly over the waters of the river Yamuna river, on a smoggy morning in New Delhi, India November 18, 2021. (Photo by Navesh Chitrakar/Reuters) 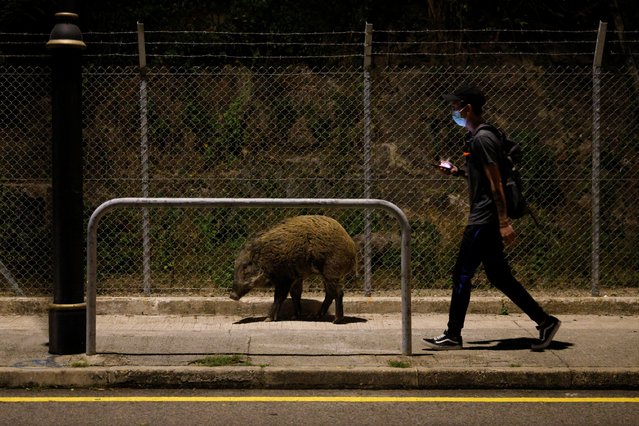 A man walks past a wild boar after the government announced they would catch and cull all wild boar found in the urban areas, in Hong Kong, China on November 17, 2021. (Photo by Tyrone Siu/Reuters) 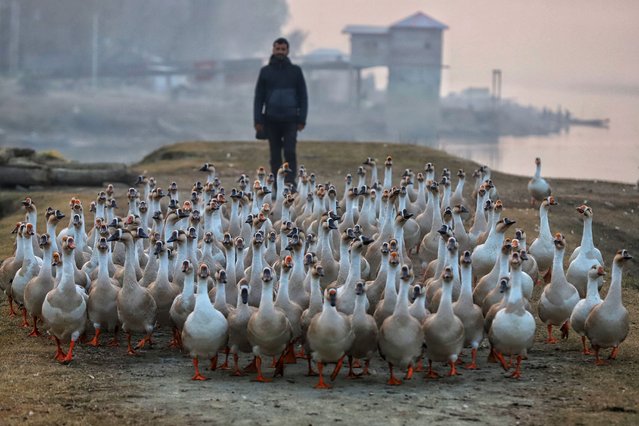 Geese move along the shore towards the waters of Wular Lake in Sopore, Kashmir on November 15, 2021. (Photo by Nasir Kachroo/NurPhoto/Rex Features/Shutterstock) 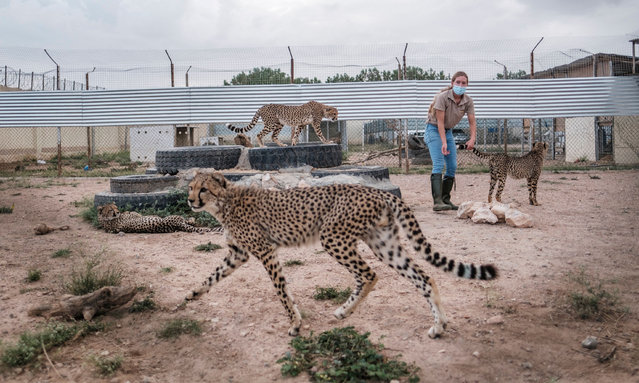 A volunteer of the Cheetah Conservation Fund plays with cheetahs in their cage in one of the facilities of the organisation in the city of Hargeisa, Somaliland, on September 17, 2021. Every year an estimated 300 cheetah cubs are trafficked through Somaliland to wealthy buyers in the Middle East seeking exotic pets Snatched from their mothers, shipped out of Africa to war-torn Yemen and onward to the Gulf, a cub that survives the ordeal can fetch up to $15,000 on the blackmarket It is a busy trade, one less familiar than criminal markets for elephant ivory or rhino horn, but no less devastating for Africa's most endangered big cat. (Photo by Eduardo Soteras/AFP Phoot) 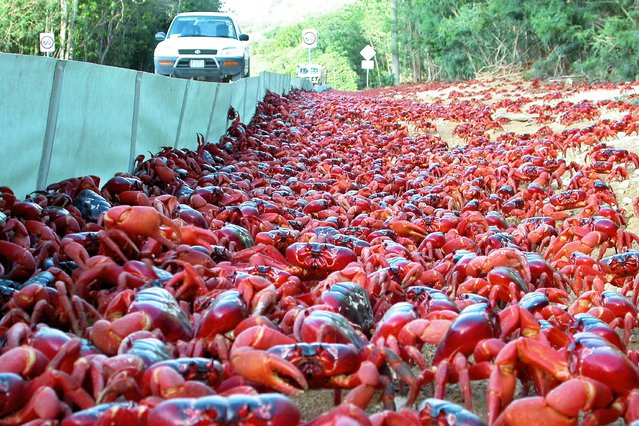 Tens of millions of red crabs make their way across Christmas Island, Australia on November 13, 2021 during their annual migration from the forest to the ocean, swamping roads and bridges. (Photo by Parks Australia/Animal News Agency) 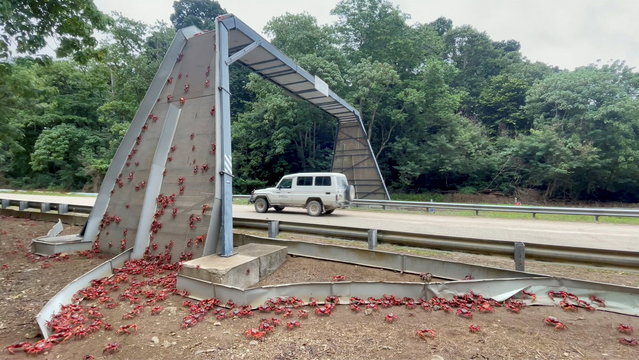 Migrating red crabs climb a bridge on Christmas Island, Australia on November 18, 2021, in this still image from undated video obtained via social media. (Photo by Parks Australia via Reuters) 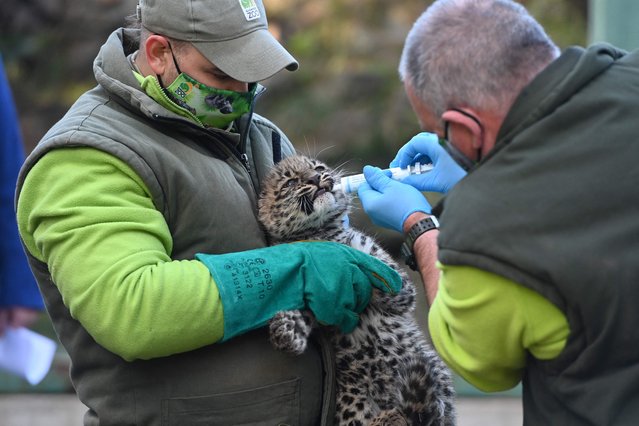 One of the 10-week young Persian leopard cubs is given medicine by the vet at Budapest Zoo on November 18, 2021. (Photo by Attila Kisbenedek/AFP Photo) 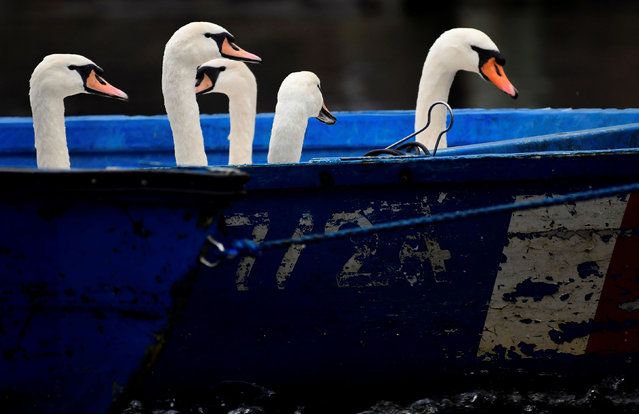 Swans are carried in a boat after they were caught at Hamburg's inner city lake Alster by Olaf Niess and his team to bring them in their winter quarters in Hamburg, Germany on November 16, 2021. (Photo by Fabian Bimmer/Reuters) 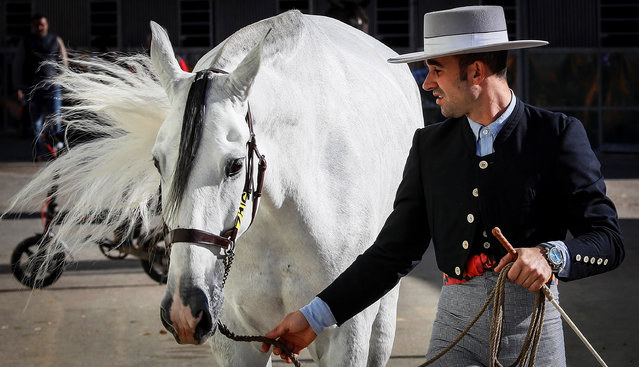 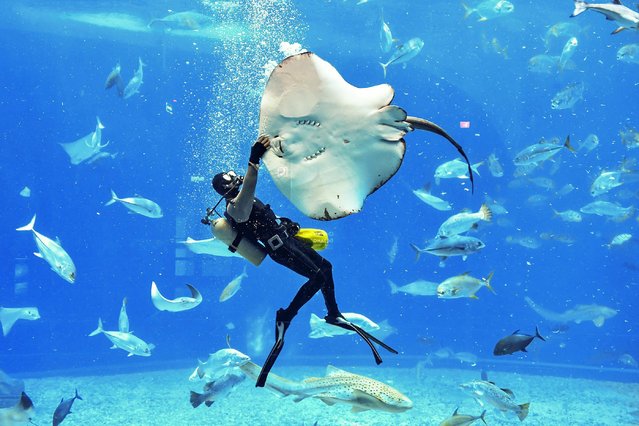 A diver feeds tropical fish at the Primorsky Aquarium, considered one of the world's largest, on Russky Island on November 17, 2021. (Photo by Yuri Smityuk/Alamy Live News) 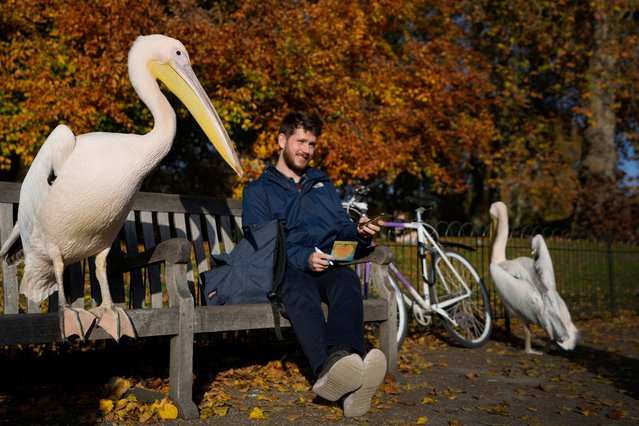 A pelican shares a bench with a cyclist in St James's Park in London, Wednesday, November 17, 2021. (Photo by Kirsty Wigglesworth/AP Photo) 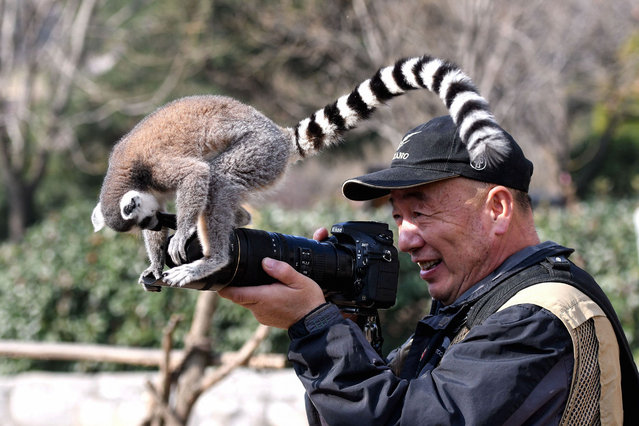