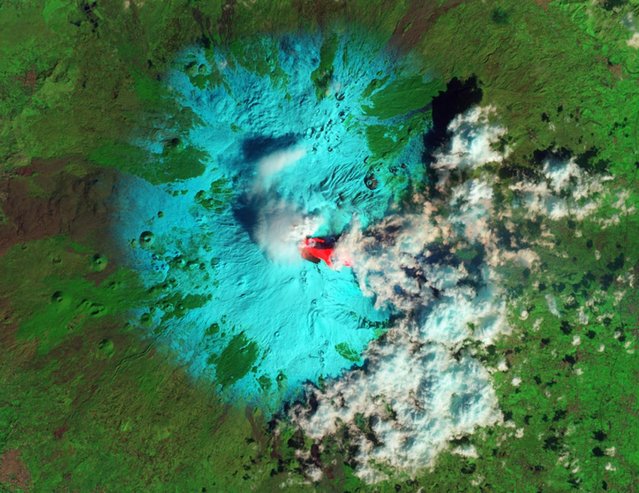 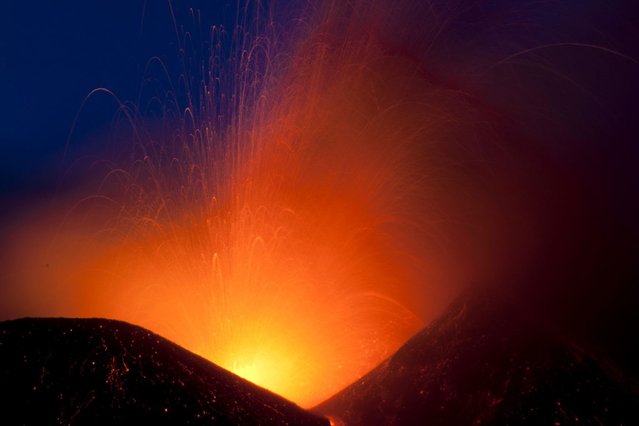 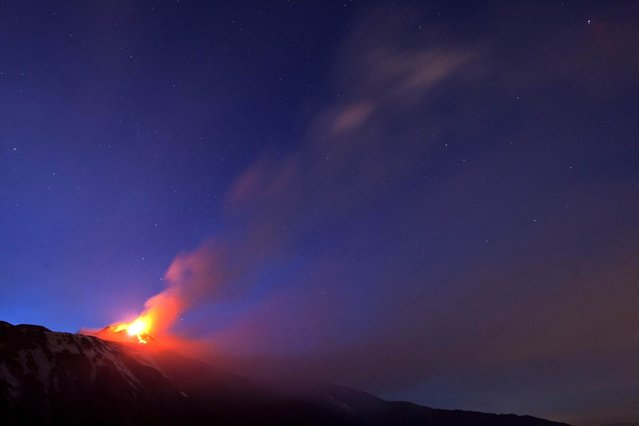 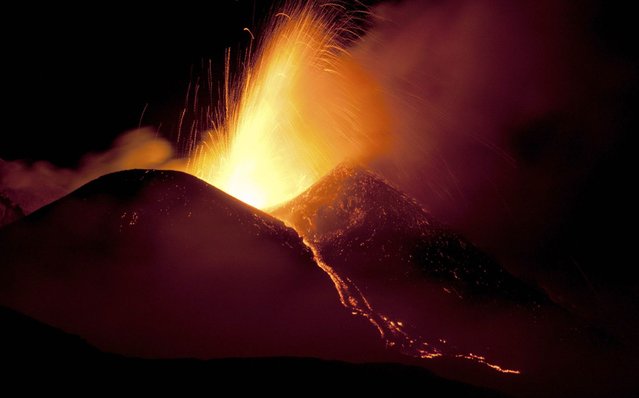 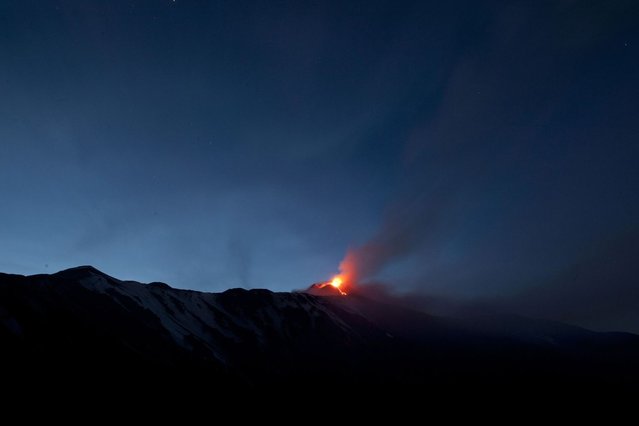 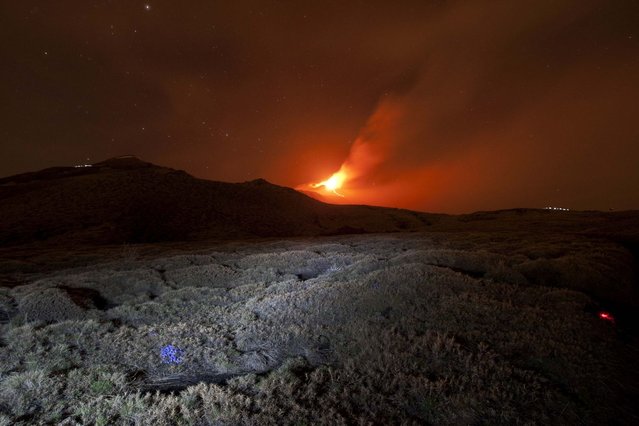 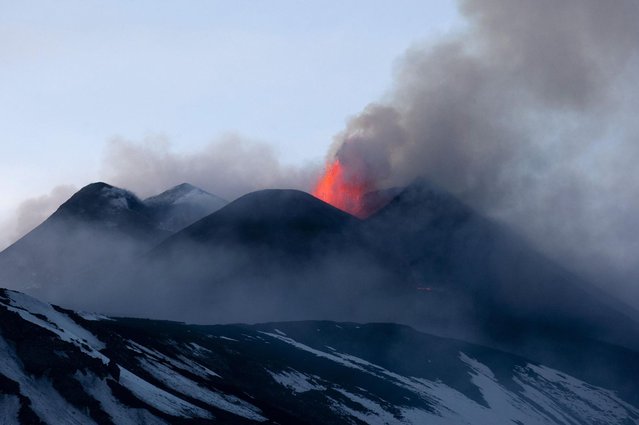 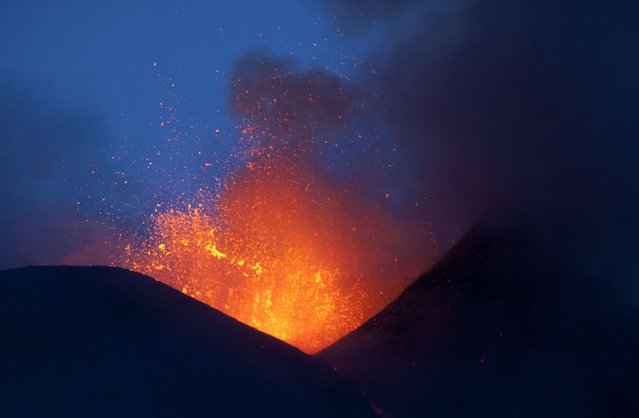 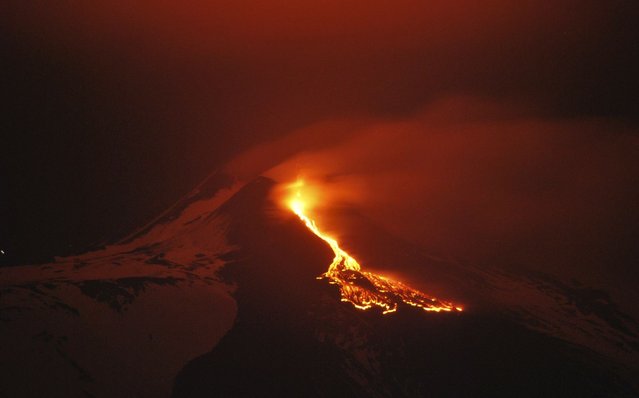 In this photo, lava flows during an eruption of the snow capped Mount Etna volcano, near the Sicilian town of Catania, southern Italy. (Photo by Davide Caudullo/AP Photo/LaPresse) 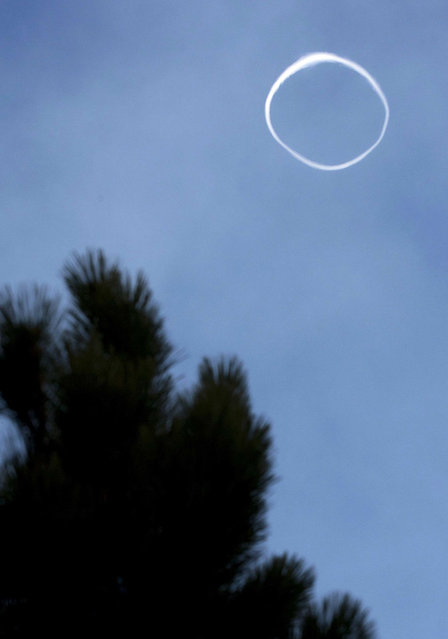 A round circle of smoke coming from the mouth of the Etna volcano is seen in the sky during an eruption on the southern Italian island of Sicily April 11, 2013. Mount Etna is Europe's tallest and most active volcano. (Photo by Antonio Parrinello/Reuters)
Edit Del
14 Apr 2013 11:30:00, post received 0 comments
Publication archive:
←   →
Popular tags:
All tags
Last searches: