Fact Last US Military Convoy Departs Iraq
The final section of the last American military convoy to depart Iraq from the 3rd Brigade, 1st Cavalry Division crosses over the border into Kuwait on December 18, 2011 in Khabari Al Awazeem, Kuwait. Around 500 troops from the 3rd Brigade, 1st Cavalry Division ended their presence on Camp Adder, the last remaining American base, and departed in the final American military convoy out of Iraq, arriving into Kuwait in the early morning hours of December 18, 2011. All U.S. troops were scheduled to have departed Iraq by December 31st, 2011. At least 4,485 U.S. military personnel died in service in Iraq. According to the Iraq Body Count, more than 100,000 Iraqi civilians have died from war-related violence. (Photo by Mario Tama/Getty Images) 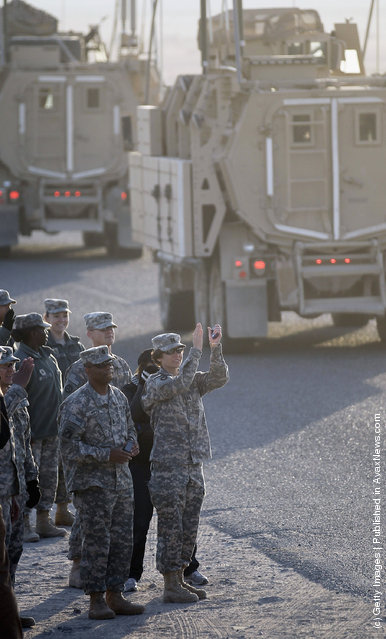 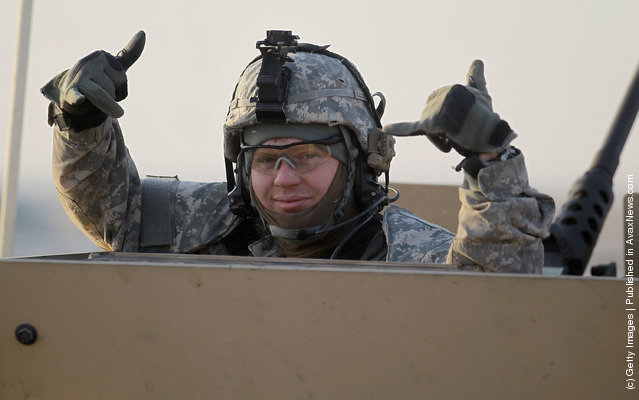 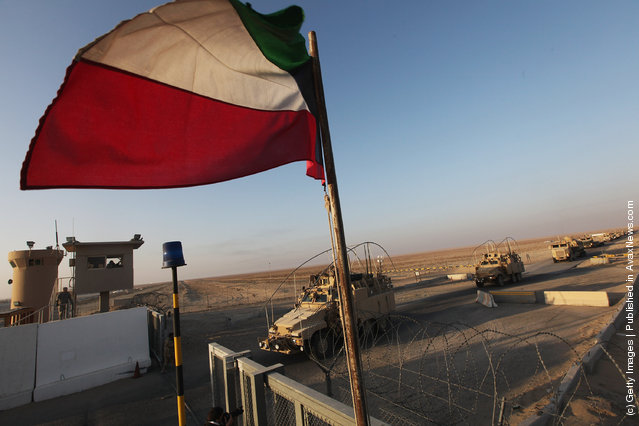 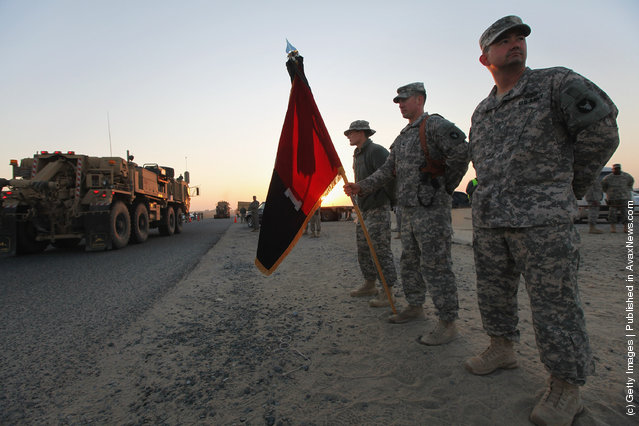 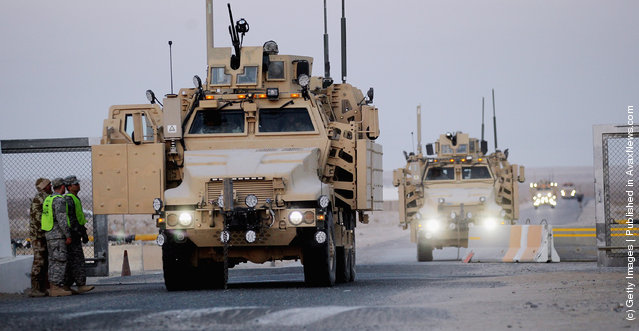 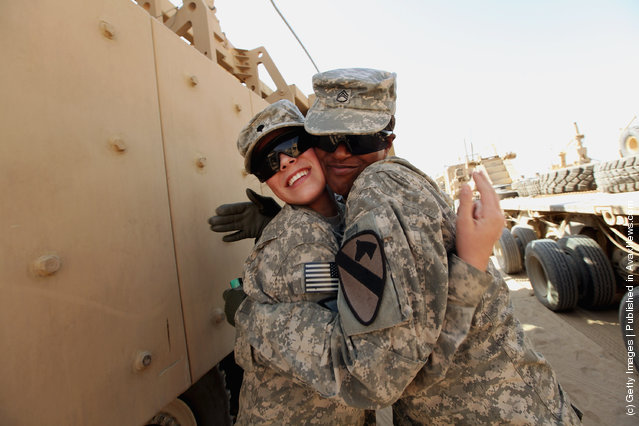 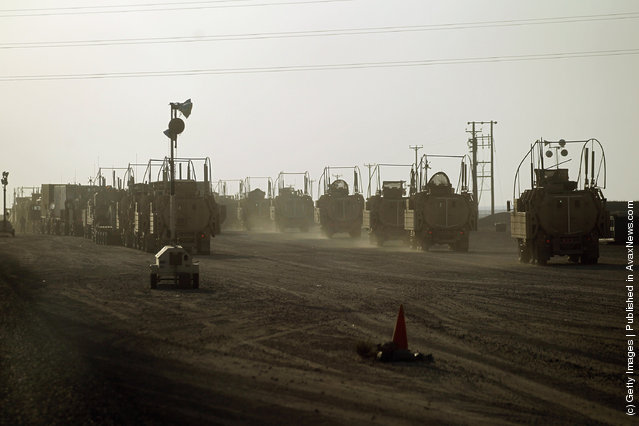 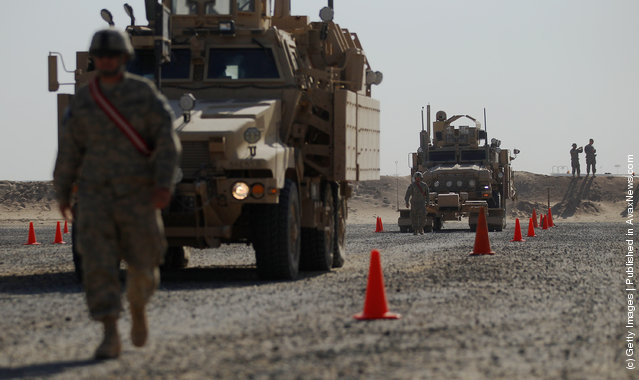 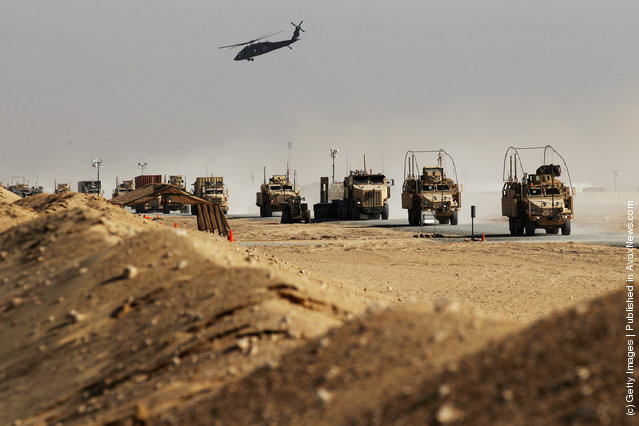 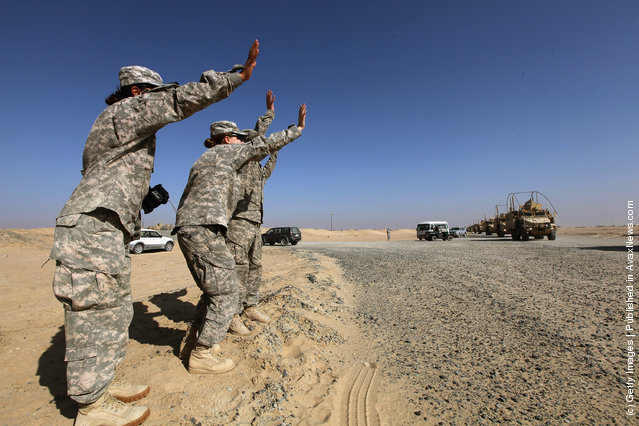 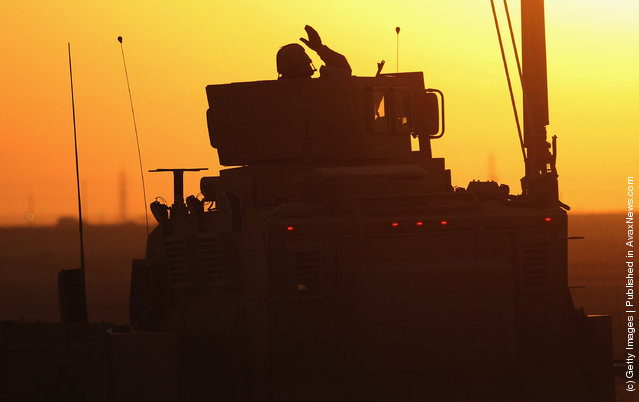