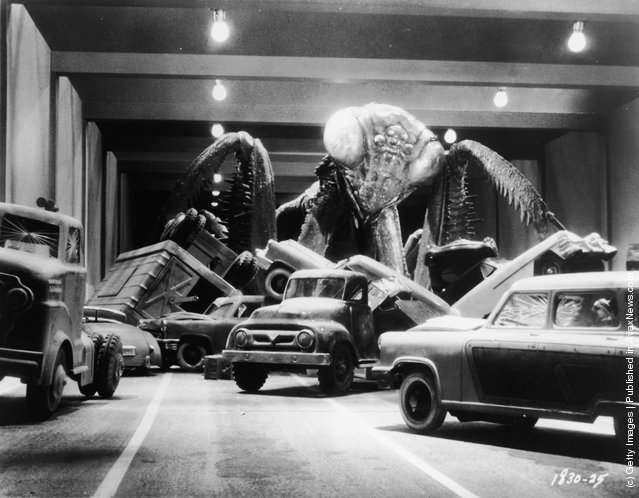 An oversized, prehistoric praying mantis wreaks havoc in a freeway underpass as it overturns cars and trucks, in a film still from “The Deadly Mantis”, directed by Nathan Juran, 1957. (Photo by Universal Pictures/Courtesy of Getty Images) 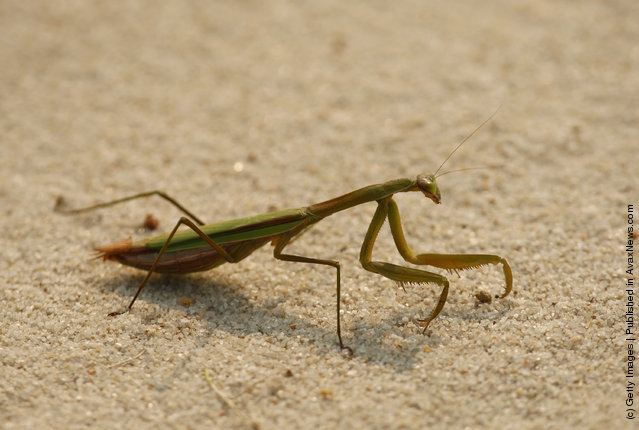 A Praying Mantis is seen during the Foursome's on the second day of the Omega Mission Hills World Cup on the Olazabal course on November 29, 2009 in Shenzhen, China. (Photo by Ian Walton/Getty Images) 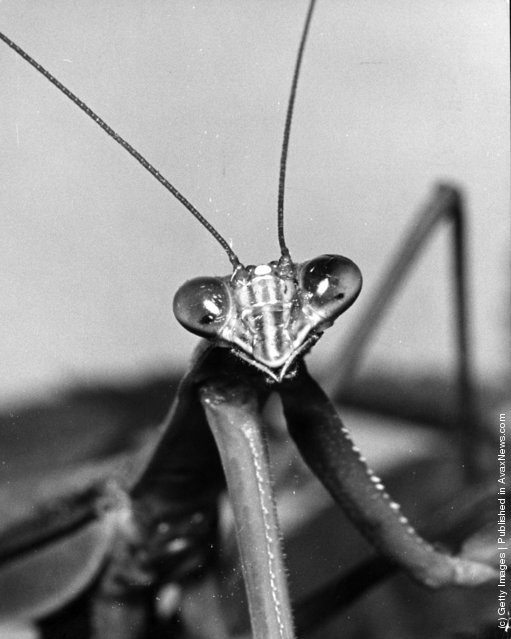 A Praying Mantis, circa 1955. (Photo by Harry Brevoort/Three Lions/Getty Images) 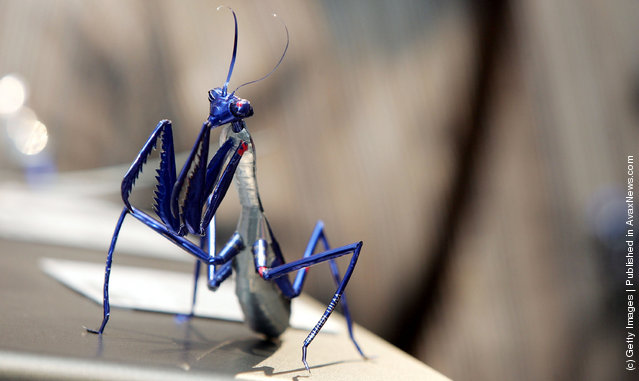 Robyn Hasselfoot's creation of a Praying Mantis entitled “Enhance The Moment” is seen at the Red Bull Art Of Can private view and awards at the The Old Truman Brewery on April 4, 2005 in London, England. Applicants had to use at least one Red Bull can in their creations, and the evening also features an auction of celebrity entries including a car by David Coulthard, an Olympic inspired medal by Jason Gardener and a shoe by Tara Palmer-Tomkinson. (Photo by Gareth Cattermole/Getty Images) 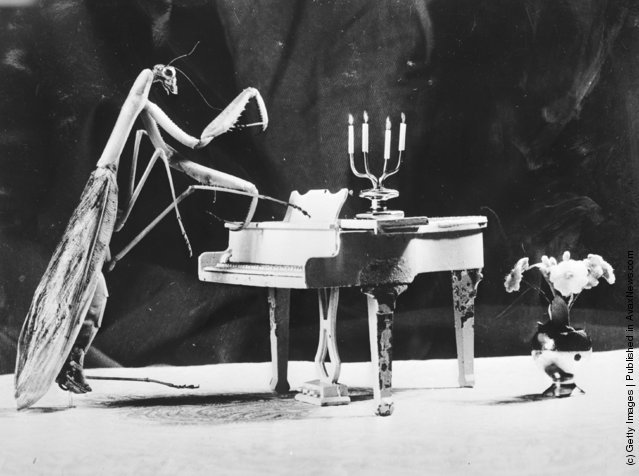 A praying mantis, which appears to be playing a miniature piano. (Photo by Wendell/Getty Images). 1960 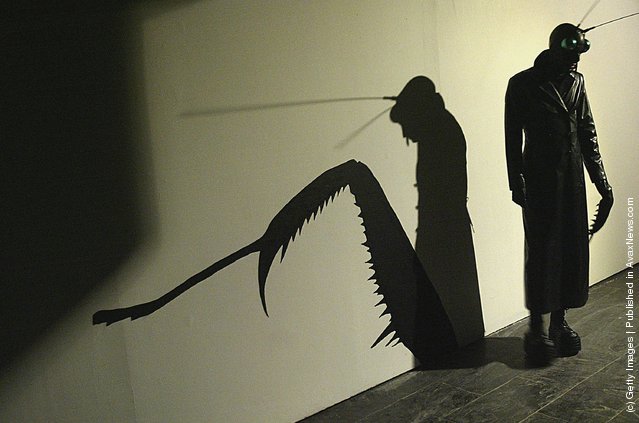