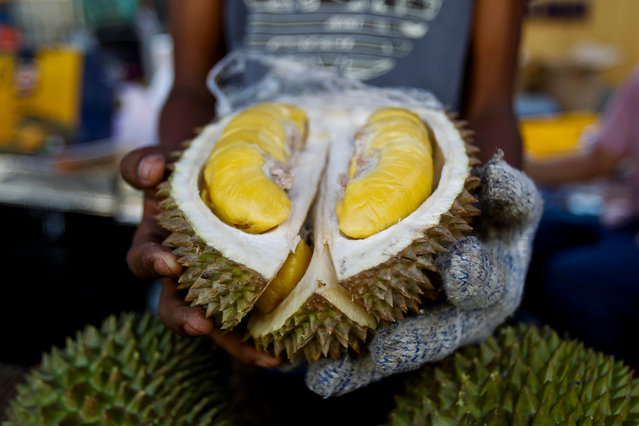 In this November 25, 2017, file photo, a cut Musang King durian is shown by a vendor during the International Durian Cultural Tourism Festival in Bentong, Malaysia. The pungent smell of the rotten durian fruit at the Royal Melbourne Institute of Technology university campus library in Melbourne, Australia, on Saturday, April 28, 2018, was mistaken for a gas leak, prompting an evacuation of the building. Specialist crews wearing masks searched the library, but all they found was rotting durian in a cupboard. About 600 staff and students cleared the building. (Photo by Sadiq Asyraf/AP Photo) 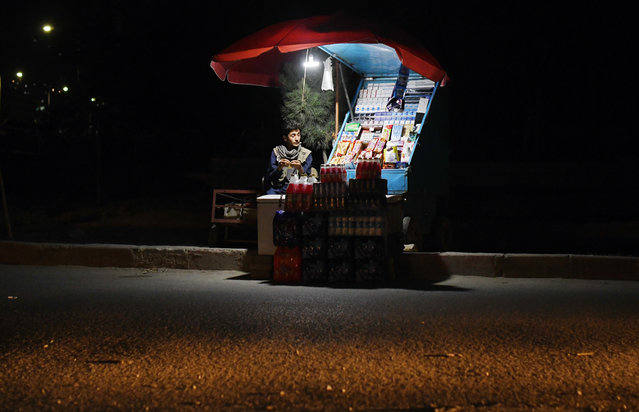 In this photograph taken on May 27, 2018 an Afghan cigarette vendor waits for customers at his stall along the road in Kabul. (Photo by Wakil Kohsar/AFP Photo) 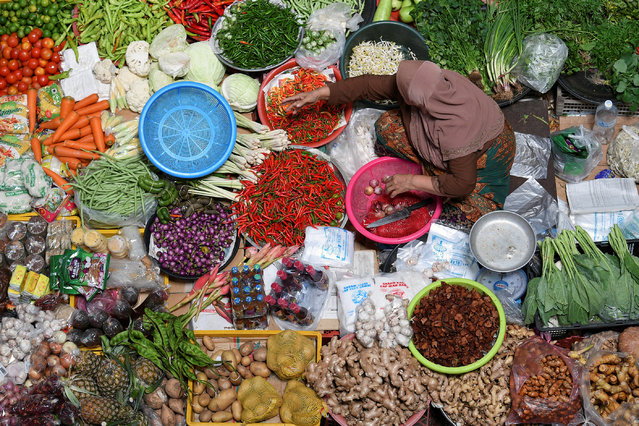 A woman sells vegetables at a wet market in Kota Bharu, in Malaysia's northeastern state of Kelantan on April 22, 2018. (Photo by Reuters/Stringer) 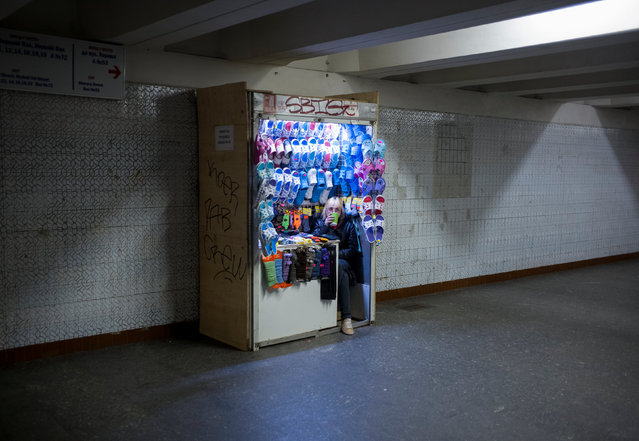 A woman selling flip flops waits for customers at an underground walkway in Kiev, Ukraine April 11, 2018. (Photo by Gleb Garanich/Reuters) 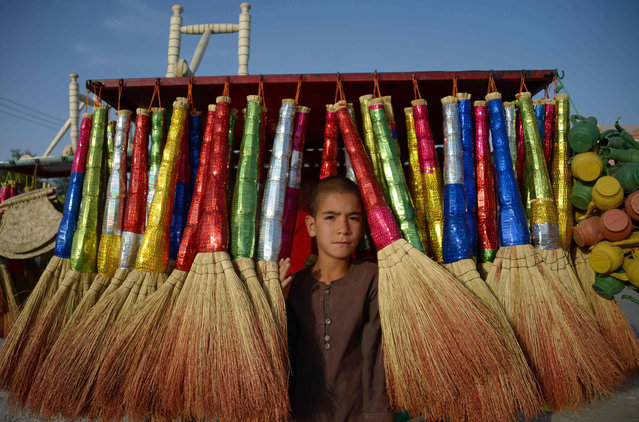 In this photograph taken on May 30, 2018, Afghan vendor Rafi, 9, poses for a photograph as he sell brooms at a roadside stall in Mazar- i-Sharif. (Photo by Farshad Usyan/AFP Photo) 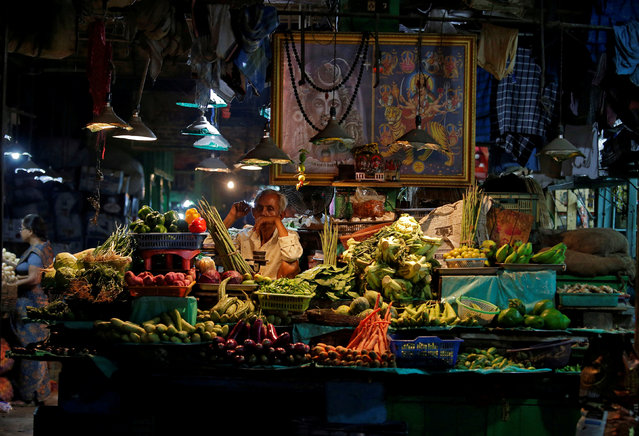 A vendor selling vegetables waits for customers at a market in Kolkata, India, March 27, 2018. (Photo by Rupak De Chowdhuri/Reuters) 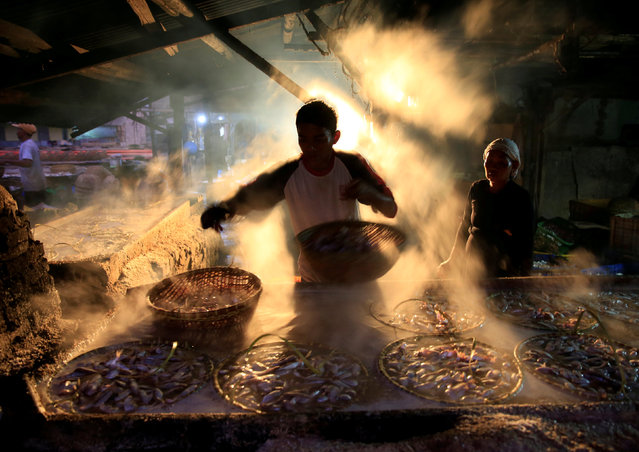 A worker is seen marinating fish at Cilincing district in Jakarta, Indonesia, April 5, 2018. (Photo by Reuters/Beawiharta) 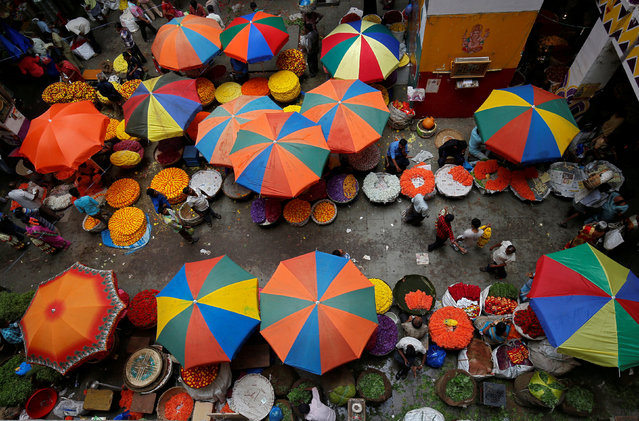 A woman shops at the old market in the historic city of Sanaa, Yemen April 12, 2018. (Photo by Mohamed al-Sayaghi/Reuters) Durian vendors wait for customers at a market in Bangkok, Thailand, April 26, 2018. (Photo by Athit Perawongmetha/Reuters) 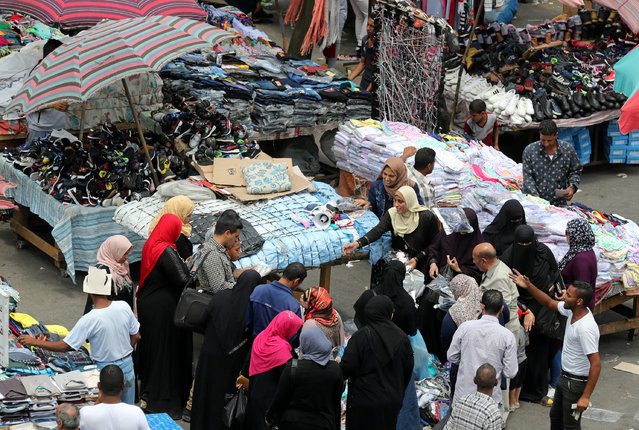 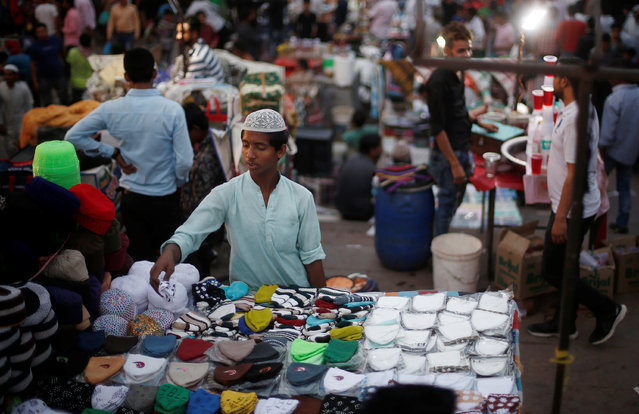 A boy looks at the skull caps before buying one on the eve of the holy fasting month of Ramadan, outside the Jama Masjid (Grand Mosque) in the old quarters of Delhi, India, May 16, 2018. (Photo by Adnan Abidi/Reuters) 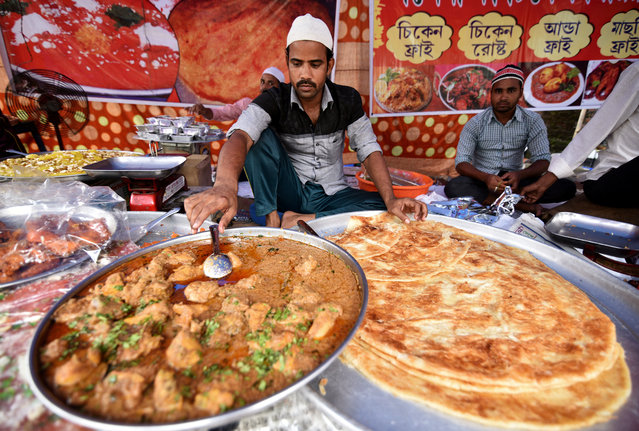 Vendors prepare delicacies at a roadside shop during the holy fasting month of Ramadan in Guwahati, India May 22, 2018. (Photo by Anuwar Hazarika/Reuters) 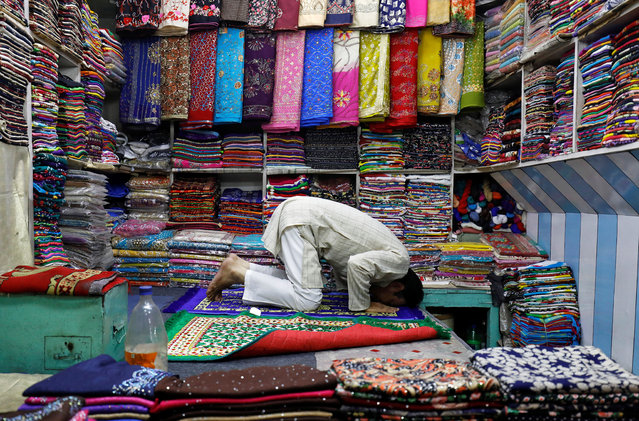 A Muslim man offers prayers at his shop after the Iftar (breaking fast) meal during the holy fasting month of Ramadan in the old quarters of Delhi, India, June 1, 2018. (Photo by Saumya Khandelwal/Reuters) In this Thursday, May 10, 2018 photo, a fruit vendor sits outside his shop in Stepanakert. Since a six-year separatist war ended in 1994, the mountainous region of Nagorno-Karabakh has been controlled by local ethnic Armenian forces backed by Armenia, yet the territory continues to be claimed by neighboring Azerbaijan which has fought all attempts by the self-proclaimed Republic of Artsakh for international recognition. For the fiercely proud people of Nagorno-Karabakh, life in political limbo has meant restrictions on travel, trade, economic development and education opportunities for its youth. (Photo by Thanassis Stavrakis/AP Photo) A general view taken on April 26, 2018, shows Syrians selling vegetables on the street in the northern Syrian enclave of Afrin that Ankara-backed forces captured from Kurdish fighters in recent months. Tens of thousands of people were displaced by the Turkish-led assault on the Afrin region, whose small towns and villages were home to mostly Syrian Kurds. (Photo by Sameer Al-Doumy/AFP Photo) In this May 4, 2018 photo, foreign tourists look for souvenirs and ayahuasca in the Pucallpa market, deep in the Amazonian jungle of Peru. The tourist trail to the spiritual use of ayahuasca by Westerners took off with the publication in 1963 of “The Yage Letters”, in which beatnik poet Allen Ginsberg described feeling like a “snake vomiting out the universe” after trying ayahuasca in the Colombian rainforest. (Photo by Martin Mejia/AP Photo) 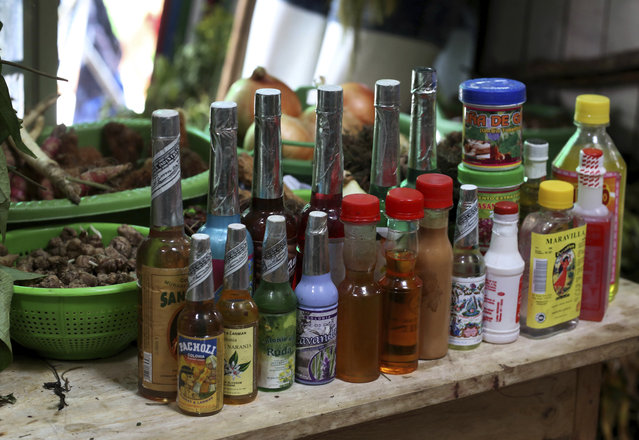 In this May 4, 2018 photo, supplies for ayahuasca and Santeria rituals, are displayed for sale in the Pucallpa market, deep in the Amazonian jungle of Peru. In backwater towns like Pucallpa, aggressive English-speaking louts offering ayahuasca ceremonies greet tourists as they literally come off the boat, while in indigenous markets a liter-sized bottle of the powerful tea fetches as much as $100. (Photo by Martin Mejia/AP Photo) In this December 20, 2014 file photo, workers stand behind their food stalls at a state-run market in Havana, Cuba. The average monthly state salary of $31 is so low that some workers often live on stolen goods and handouts from relatives overseas. (Photo by Desmond Boylan/AP Photo)