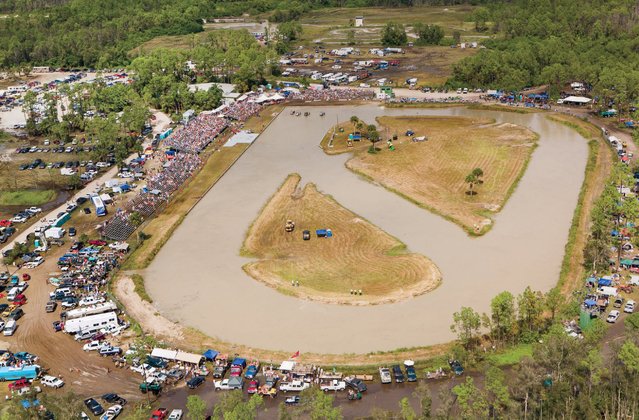 The Mile O' Mud is a 7/8-mile oval track with a 1/8-mile diagonal lane slashed through the center. The racing lanes are approximately 60 feet wide. On average, the muddy water is four to six feet deep, with three strategically placed holes. The largest hole, located in front of the grandstand, is the treacherous “Sippy Hole”, named for the legendary driver “Mississippi” Milton Morris, Swamp Buggy King 1955, who repeatedly got stuck in it. (Photo by Malcolm Lightner) 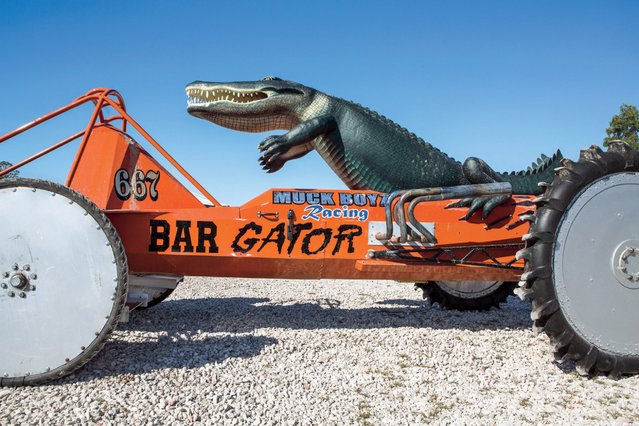 John “Allen” Barfield drove the Bar Gator swamp buggy. The fabricated giant alligator, which appears to be attacking the driver, is mounted on the back of the buggy and is one of the most unusual designs at the Florida Sports Park. Barfield hailed from Clewiston and passed away on February 15, 2015. Allen, as he was called, was the co-owner of Everglades Machine Shop and the owner and crew leader of Muck Boyz racing crew. (Photo by Malcolm Lightner) 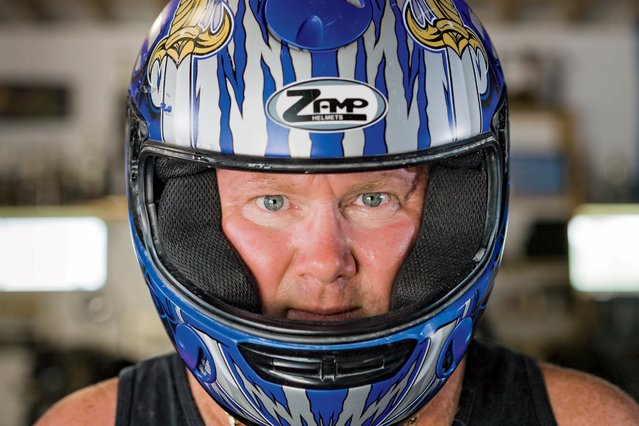 Originally from Chicago, Terry Walsh owns and operates a hauling company with his wife, Bonnie. They also own an exotic animal shelter, which houses monkeys, camels, birds and zebras. He has been called “T-Bone” since childhood and does not remember why. (Photo by Malcolm Lightner) 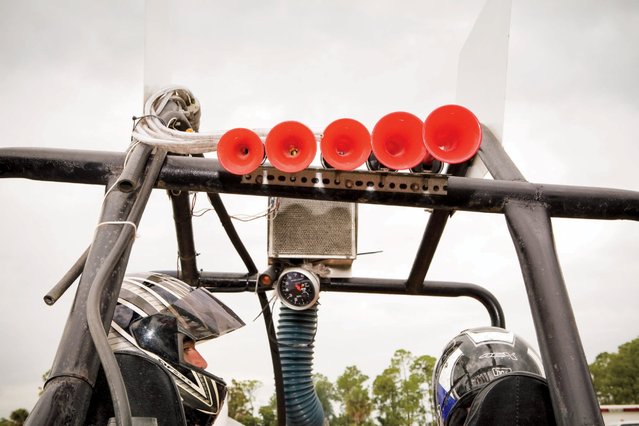 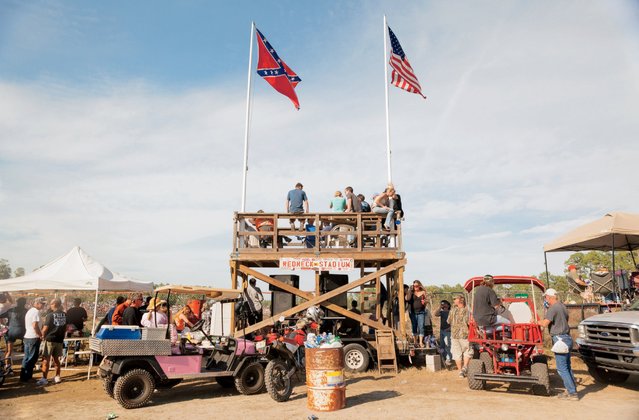 The name “Redneck Stadium” is the creation of Daniel Patrick Hoolihan, IV, who defines rednecks as “people who would probably be having more fun than others”. He and his wife, Dawn, have been attending the races for 25 years. (Photo by Malcolm Lightner) 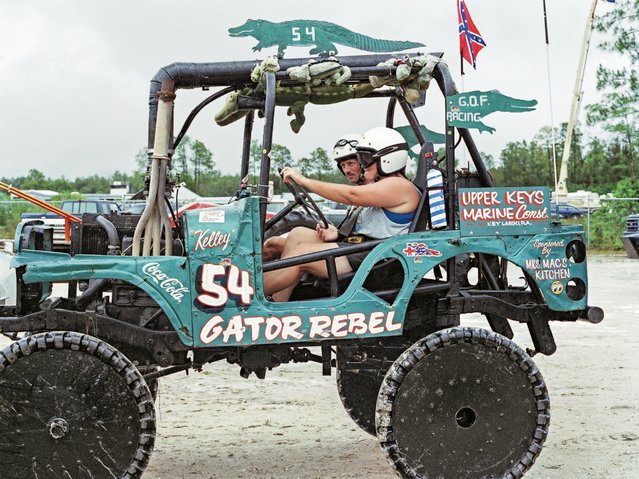 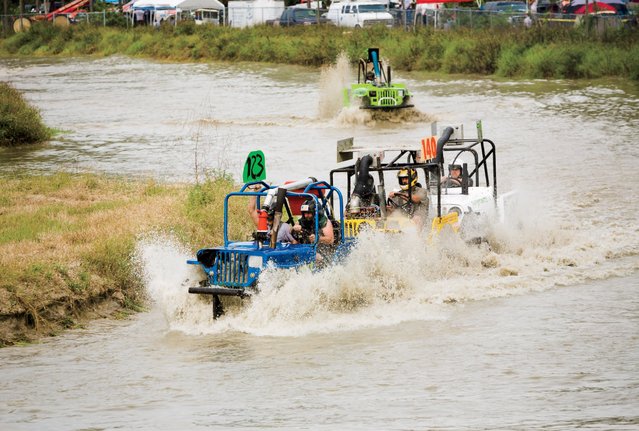 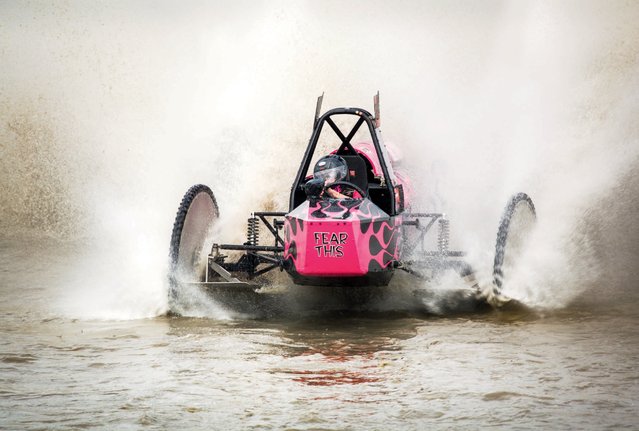 Bonnie Walsh began her racing career in 1976 when the Mile O' Mud was located off of Radio Road and at that time they held an unofficial “powder puff” race for female drivers. In 2005, Bonnie became the first female swamp buggy driver to claim the Budweiser Championship Cup. (Photo by Malcolm Lightner) 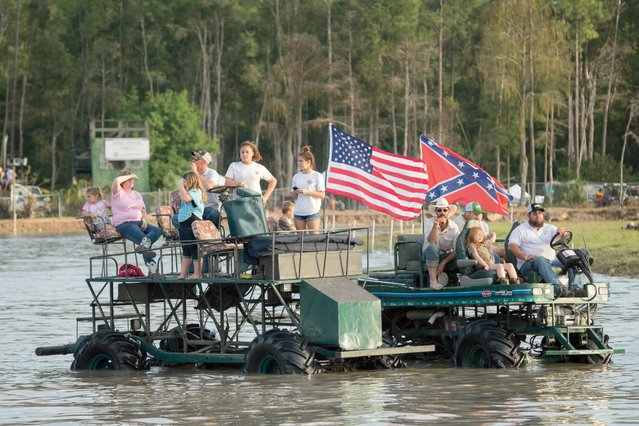 Waiting for the Mud Bath, 2013. (Photo by Malcolm Lightner) 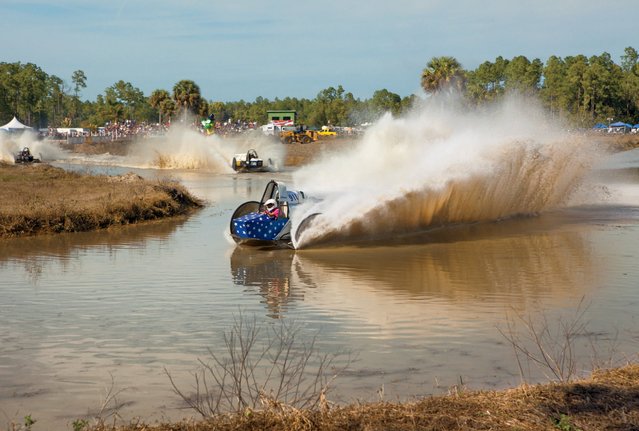 Lorrie Johns, driver of Lady Liberty, became the second woman ever to win the Budweiser Championship Cup, following Bonnie Walsh, who won in 2005. She frequently races against her husband Randy Johns, of Top Gun, and her son Tyler Johns, of Patriot. (Photo by Malcolm Lightner) 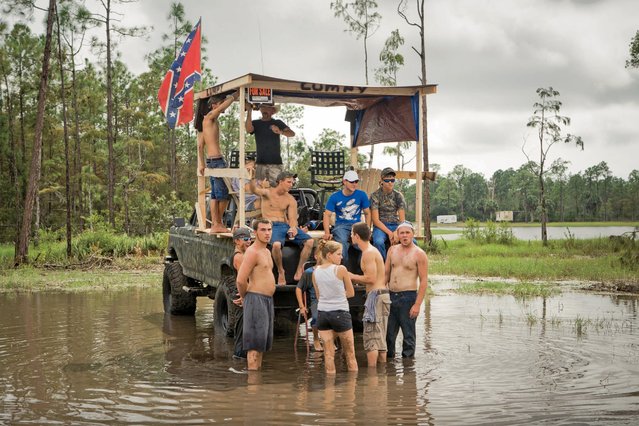 Local swamp buggy race fans seek refuge from the standing water atop “Lumpy”, a custom-built platform erected on the back of a truck at the Florida Sports Park. “She took a half step too far when she went to kick me in the a*s. Needless to say, they swelled like oranges and she started calling me “Lumpynuts”. In time, it shortened to just “Lumpy”, Chris Steinmann said. (Photo by Malcolm Lightner) 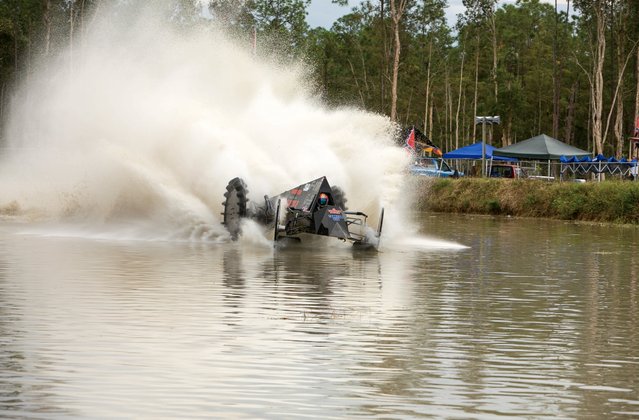 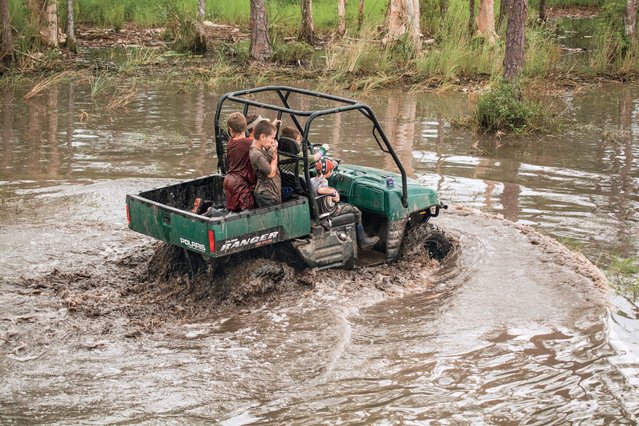